Q&A With the Owner of Thor, the Bulldog Who Won the National Dog Show
Subscribe
Follow
I'm a scraper
This search result is here to prevent scraping

We Caught Up with Thor, the Philly Bulldog Who Won Best in Show, On His Fitness Routine and the Importance of Treats

Thor the Bulldog, the newly crowned champion of the Kennel Club of Philadelphia’s National Dog Show, is clearly the goodest boy there is. 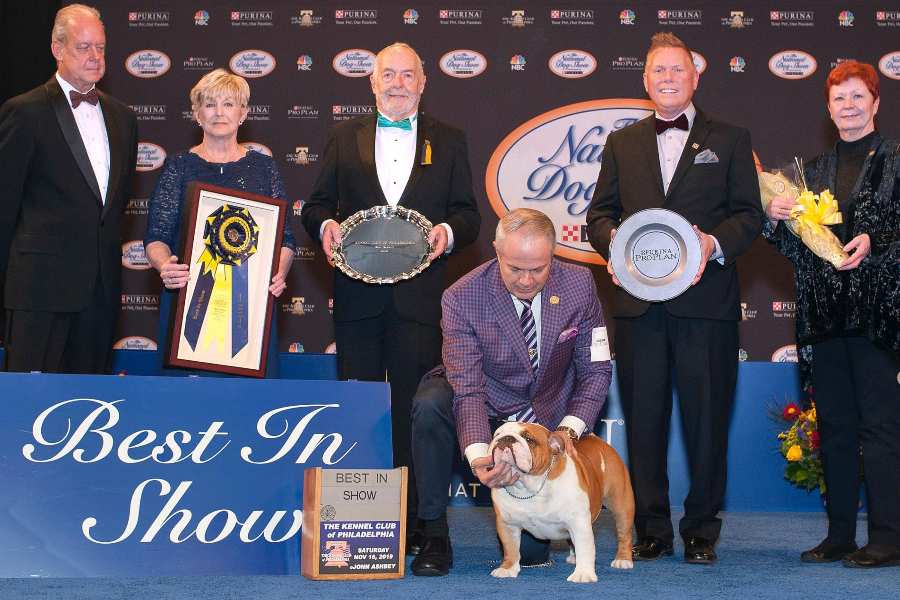 Two-year-old Thor the Bulldog from Middleton, Pennsylvania, just won Best in Show. We talked with his owner, Kara Gordon, who happens to be a former Philly resident. / Photograph courtesy of Kara Gordon.

On Thanksgiving, there are two types of people: those who watch football and those who watch adorable doggos prance around in friendly competition. (Can you guess into which category we fall?!) This year, The Kennel Club of Philadelphia’s National Dog Show, which actually took place on November 16th at the Philadelphia Expo Center in Oaks but wasn’t aired until Thanksgiving Day, was one for the books. Thor, a sweet-faced, 60-pound bulldog, was named Best In Show — the first of his breed to win the televised competition. The best part? He’s a local!

Thor, who was born in Lima, Peru, is owned by Kara Gordon, a graduate of Abington High School and Villanova Law School and former Society Hill resident. Gordon spent about 15 years rescuing bulldogs throughout Philly and South Jersey, which is how she eventually started showing dogs in competitions. Though Gordon moved all the way out to Middleton and then relocated to Houston, Texas this past July, we still consider Thor an honorary Philly pup. We chatted with Gordon about Thor’s recent win, health and fitness regimen, and overall good boy personality. (Thor contributed some quotes as well!)

BWP: Congrats to Thor! What was his treat for winning such a highly-coveted title?
Gordon: He was treated to a filet! His handler, Eduardo [Paris], also let Thor sleep in bed with him that night, which Thor loved because he usually sleeps in his dog bed. Plus, he is totally owning the spotlight — he carries the rosette in his mouth all around the house.

Thor is obviously super cute, but that isn’t what’ll win you the dog show. How’d you know Thor was more than just his good looks?
When Eduardo was in Peru with our Chihuahua for another show last June, he saw Thor and was astounded with how beautiful he was (and still is!). I got him two months later when he was only 14 months old, but he’s always been an extremely athletic and healthy dog. When he moves, he looks like he’s floating, which is kind of unusual for a bulldog. I think his quick and graceful prancing, plus his tan and white coat, get judges to notice and take an interest in him. 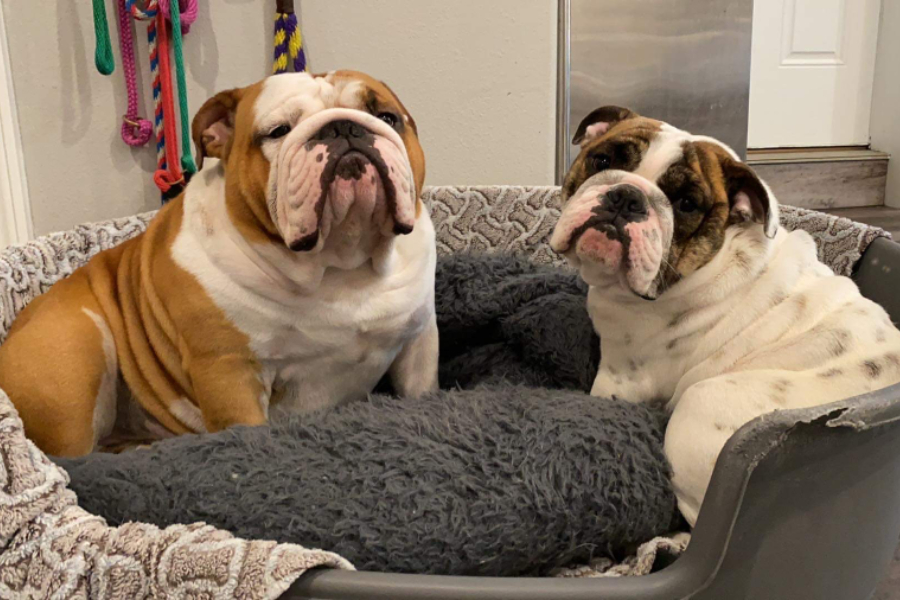 Thor (left) curls up with his seven-month-old son, Gianni. The good looks must be genetic! / Photograph courtesy of Kara Gordon.

How does Thor stay healthy and active?
I feed him salmon-based dog food from Purina. I find the fish-based diet good for his nutrition because of the essential oils and Omega-3s. For exercise, he typically goes on three short walks per day. And by short, I mean to the mailbox! In Texas’s 110-degree weather, that’s about all Thor can handle. But he does get in a LOT of playtime with our other two bulldogs and three Chihuahuas. There’s a ton of activity in our household!

Other than competing (and looking very cuddle-worthy), how does Thor spend his days?
He’s definitely our pet first and a show dog second. He knows the job part of it, but he’s just like every other dog at the end of the day. He’d spend 24 hours playing with his toys if we’d let him. If you throw a ball to him, he’ll basically fly through the air for it. Our one-and-a-half-year-old Chihuahua is basically obsessed with Thor, who is so patient, easy-going, and playful with him and our other dogs. He also loves to chew on bones and sticks. But Thor’s favorite thing to do is sleep, especially on my foot. 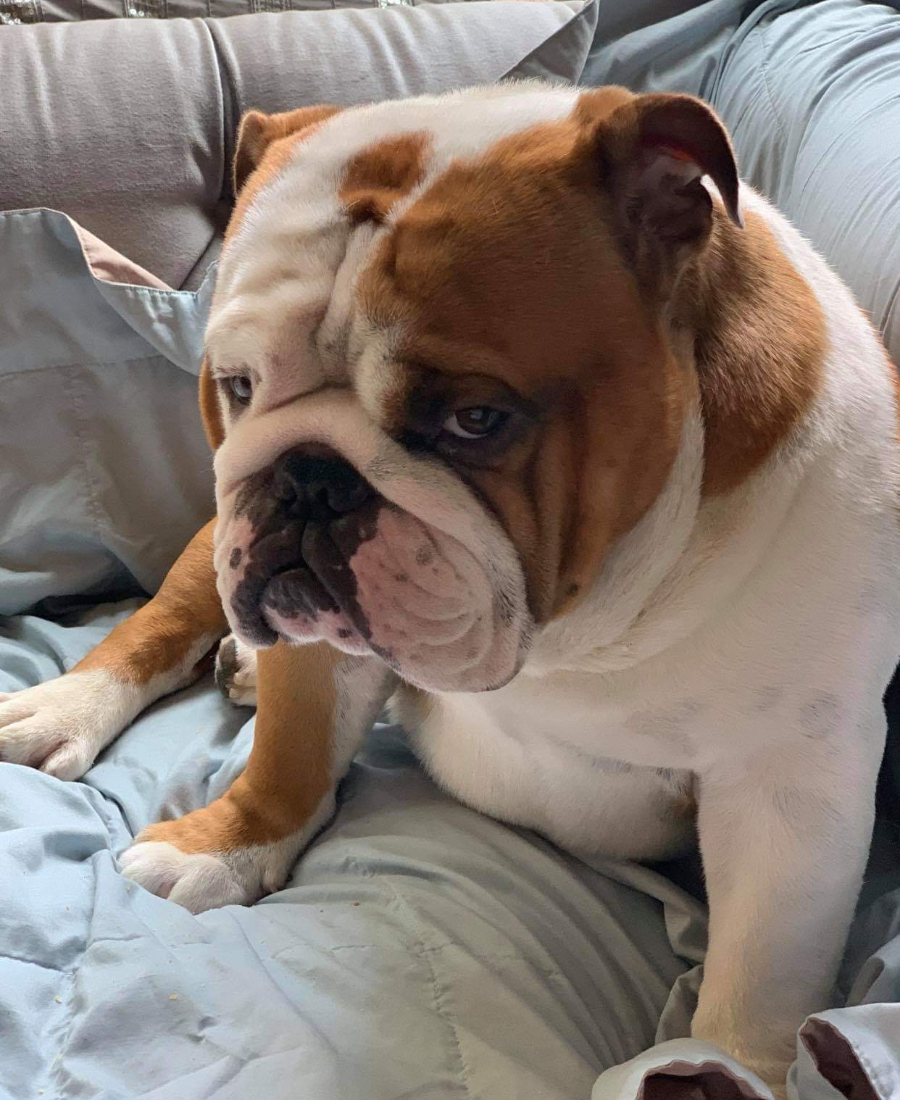 What’s next for this local celeb? More treats and belly scratches?
[Laughs.] Well, his lifestyle isn’t going to change much any time soon. He has another show this month in Orlando, and he’ll be competing in Westminster in February. We’ll make sure to keep him stimulated and happy in the meantime, as Thor thrives off activity!

Last thing: If Thor could give a winner’s speech, what would he say?
He’d probably thank all his Instagram followers for their support and make it clear that he hopes to get verified soon. And he’d likely say, “It doesn’t matter if you win or lose, as long as you get treats.”