Why Don’t We Talk About Male Infertility More?

Infertility is not just women's burden to bear. In fact, men are experiencing significant drops in fertility that may be contributing to the conception conundrum. 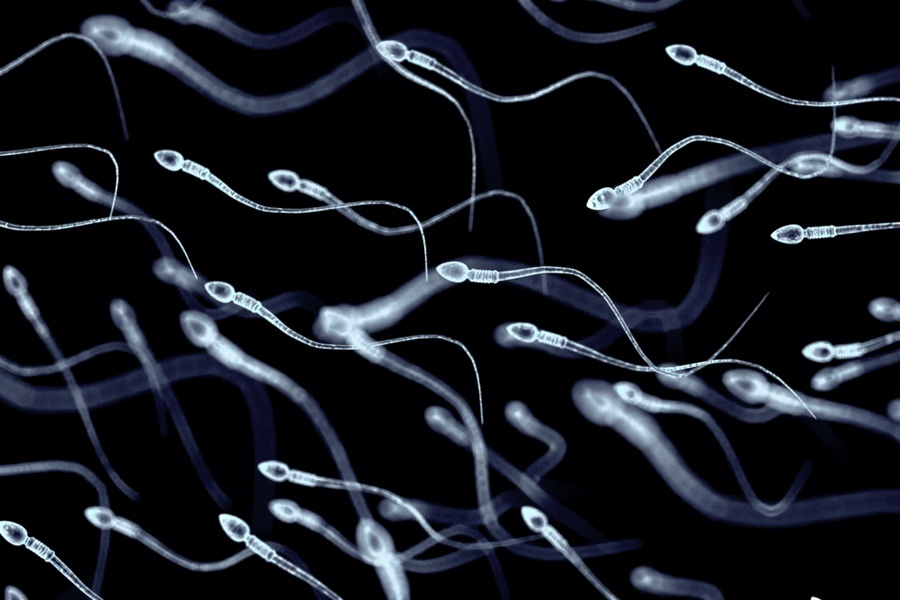 If you and your partner aren’t getting pregnant, male infertility could be part of the problem. / Photograph courtesy of Getty Images

Do me a favor and google “infertility.” If your search results look similar to what my husband and I each found, you’ll likely be seeing lots of information about fertility clinics and checks — but only for women.

Even at the doctor’s office earlier this year, my OBGYN told me, “Clinically, if you have been trying for six months without success (for women over 35 years of age), you are considered ‘infertile.’” At no point did the physician seem to include my partner in the picture.

Yet men are losing their fertility at an alarming rate. In an article in The Atlantic, staff writer Ashley Fetters cited a 2017 study from researchers at Hebrew University and Mount Sinai’s Medical School that among 43,000 men from North America, Europe, New Zealand, or Australia, which found that both semen per millimeter and sperm counts were down by more than 50 percent. In short, men are producing less semen, and that semen has less sperm in it.

Researchers have floated plenty of different theories about why men seem to have fewer swimmers than ever. One of the leading trains of thought is that we’ve introduced an exorbitant amount of chemicals (thanks, Industrial Revolution) into our bodies, which are changing our biology — from disrupting the delicate homeostasis that we require to function well to exacerbating certain genetic conditions.  This isn’t a phenomenon specific to men, however – chemicals are decreasing fertility for both men and women and changing our biology in ways we don’t necessarily understand the full impact of just yet.

Because men have typically been less engaged when it comes to pregnancy and their own health on the whole, it’s typically been the woman dealing with everything pregnancy related. And historically, society has supported and reinforced that pregnancy is the woman’s problem. With the release of this study, though, as well as the increased democratization of personal unions, partnerships, and marriages, American society? has seen an uptick in awareness around male infertility and the willingness of men to test their own fertility before their partner has a more invasive fertility test.

For instance, Puneet Masson, Penn Medicine’s director of male reproductive medicine and surgery, says he’s seen an increase in men coming into his clinic of their own volition to test their fertility. He believes that 2017 study helped raise awareness of male infertility. “…It used to be that men would come into the clinic because of a referral from another physician,” he says, “though this seems to be shifting with more men realizing they could be the reason why their wife has been unable to conceive.”

Masson agrees that the amount of chemicals in our systems is a likely contributor to the decrease in male fertility and adds that the radiation we receive from all our devices (phones, laptops, tablets, etc.) is probably making the issue worse. Additionally, he’s seeing more obesity in his clinic — another risk factor for infertility.

Despite the decrease in the amount of sperm we are experiencing as a society, one of the reasons we may not be seeing a huge decline in the human race is that “men can still make a lot of sperm, so it is not clear if the decline in fertility that was referenced in that article is clinically significant or not,” Masson says.

Even though men can still make their fair share of sperm, preventing infertility is something more men should be thinking about given the external factors contributing to and conflating fertility.

So what can men do to accomplish that? Masson recommends living a balanced, healthy lifestyle (which is why most of us are reading Be Well Philly, right?). As part of living a healthy life, he specifically mentions eating whole foods, abstaining from smoking, meditating or using other techniques to relieve stress, taking vitamins for their antioxidants, and staying active. Fortunately, these are also the things we all need to be doing anyway to live a healthy and well-thy life.

If you’re experiencing problems with conception after one year of trying (or after six months of trying if a woman is over 35), it may be worth sending your partner to a fertility specialist before going in yourself.