This will be the fifth location for the local athletic gear and footwear store. 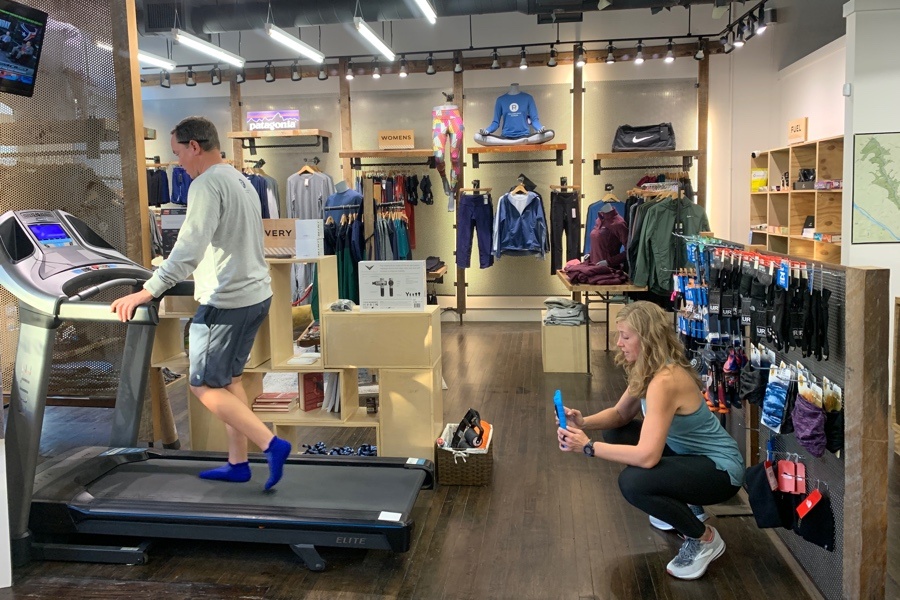 Philadelphia Runner is opening a new location in the King of Prussia mall. / Photograph courtesy of Liz Pagonis

Something magical happens when a store ceases to be just a place to shop. When it becomes a fount of information about events and community groups, when it provides training and coaching, when it customizes the fit of your shoes to the point that staff watch you run and conduct a gait analysis on the spot, is when you know you’ve happened across a special place.

For much of the local running community, that hub of knowledge and socialization is Philadelphia Runner. An independent company that started selling running shoes in one location in Center City 15 years ago, Philadelphia Runner now manages an online calendar of local races, organizes several running groups in different neighborhoods, and offers training and nutrition coaching in addition to its ultra-customized fitting process.

Soon, even more people will get to reap these benefits when the owners open a fifth location, the first in several years. Regulars won’t have long to wait: Philadelphia Runner’s store in the King of Prussia mall is scheduled to open on November 7th. (Philadelphia Runner is also hiring for the new spot, especially around the holiday rush, so if you’ve always wanted to be paid for being part of their crew, now’s your chance.) “It happened very quickly,” says Liz Pagonis, the outreach and marketing director for Philadelphia Runner. “We weren’t necessarily looking or not looking. An opportunity presented itself, and we’re really excited.”

The King of Prussia store will provide the same extensive shoe-fitting process and even more of a focus on apparel and accessories. With Valley Forge National Historical Park and the Chester Valley Trail nearby, Pagonis says they’ll likely highlight the trail running options and gear, but the Philadelphia Runner staff is still doing research on the type of customers at the mall and what they’re looking for. About 25 million people visit the King of Prussia Mall every year; while it’s difficult to determine how many of them are tourists, Pagonis says they know they’ll be seeing far more people who don’t live in the area than at their existing stand-alone stores, which might influence the suburban store’s stock in the long run.

But it doesn’t seem like Philadelphia Runner is afraid of adaptation. “Our goals are always to be more inclusive and reach a more diverse person,” Pagonis says. “The majority of people that go into our stores are like, ‘I’m not a runner.’ But they’re using our shoes to be active. If you picture all these different activities, running is the thread going between them. It might not be the whole focus, but it’s a part of it.”