Indoor plants can reduce our stress levels — but only if you keep them alive. We talked to a local plant store owner to figure out what we've been doing wrong. 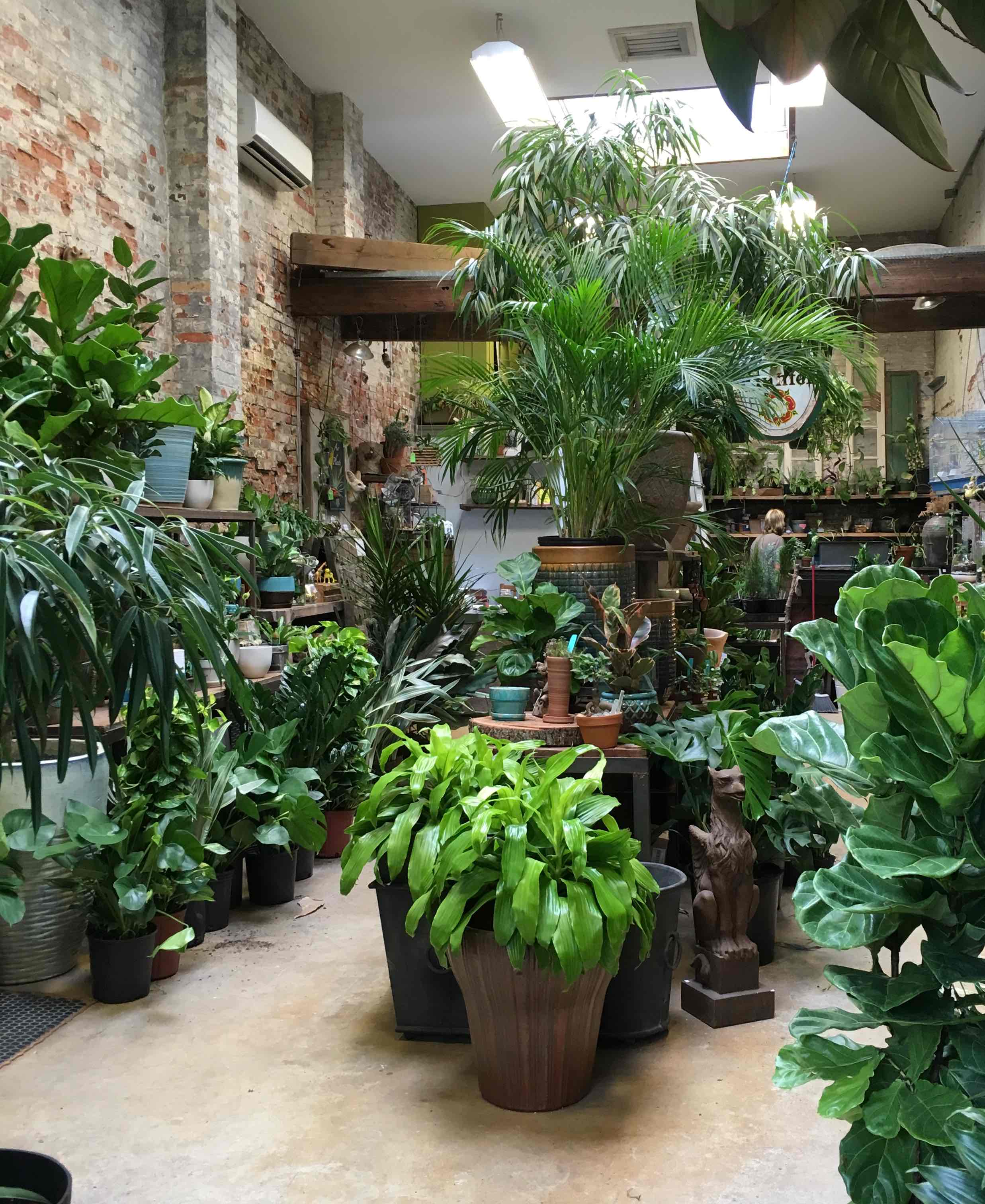 Growing house plants in a Philly rowhouse isn’t the easiest thing, so we got the dirt on how to help your green babies thrive from local plant store City Planter. / Photograph courtesy of City Planter

Stepping into City Planter is like letting out a breath you didn’t realize you’d been holding.

There is color everywhere in the Northern Liberties warehouse turned container and plant store — pops of emerald and kiwi, sage and jade, all shades falling in the part of the rainbow that lends itself to earth and vegetation and living, thriving things. Soft but natural light beams down through skylights that co-owner Peter Smith put in when he and his wife, Sue White, took over the building 11 years ago, back when he was looking for a winter side hustle to complement his estate gardening business in Chestnut Hill. Two neon-colored rescue birds, Poka and Sparkle, squawk from a cage in the center of the room. The air feels purer than it does on the concrete streets outside.

This is, in fact, a myth, one that has seeped into my brain through social media osmosis after scrolling past plenty of ads and stories that claim houseplants can clean the air. (Although plants do a small amount of off-gassing, City Planter co-owner White says there would need to be more plants in your house than she has in the store in order to make a serious impact when it comes to air purifying.)

This sort of misinformation is one of the downsides of the fact that, over the past few years, indoor plants have become almost as big of an Instagram star as Kim Kardashian. The 2019 National Gardening Survey found that lawn and garden retail sales hit a record-breaking high of $52.3 billion last year, fueled significantly by 18- to 34-year-olds who are looking for something to take care of that requires less money and vigilance than a pet or a newborn. Many of them have also realized that plants simply make them feel better. A 2015 story in the Journal of Physiological Anthropology suggests that “active interaction with indoor plants can reduce physiological and psychological stress compared with mental work.” Regardless of why, since 2014, the spending for the millennial demographic has grown more quickly than any other.

All this plant buying has been a boon for stores like City Planter, which now have more and more regular customers who pop in at least once a week to see what’s in stock. Waiting lists for certain species go on for pages, influenced by home renovation shows, influencers, and magazines predicting which varietal’s going to be the next gotta-have specimen.

The very first plant star, White says, was the fiddle-leaf fig, an eye-catching ficus with large, dramatic leaves. Right now,  the it plant is the variegated monstera, for which City Planter has about 50 people on the waiting list. But about 30 percent of the store’s business comes from people like me, who are more in the market for a philodendron — an easy, adaptable plant — than a finicky $200 specimen.

Some in this starter plant crowd are overly ambitious, and City Planter staff gently guide these Type A folks toward a gateway species. Another good chunk isn’t completely new to the plant game — we’ve just killed so many plants we think we’re cursed with black thumbs instead of green. (Guess which portion I’m in.)

Except, it turns out: “Just because you’ve killed a lot of plants doesn’t mean you’re not good at plants,” says White. “It’s a matter of learning what the mistake is.” And we do — for the next hour and a half, she and her staffers go over misconceptions for virtually every easy to just-above-easy plant in the store. You could attend City Planter’s next Houseplants 101 workshop on October 18th to get a similar experience — or read on for a quick plant primer. 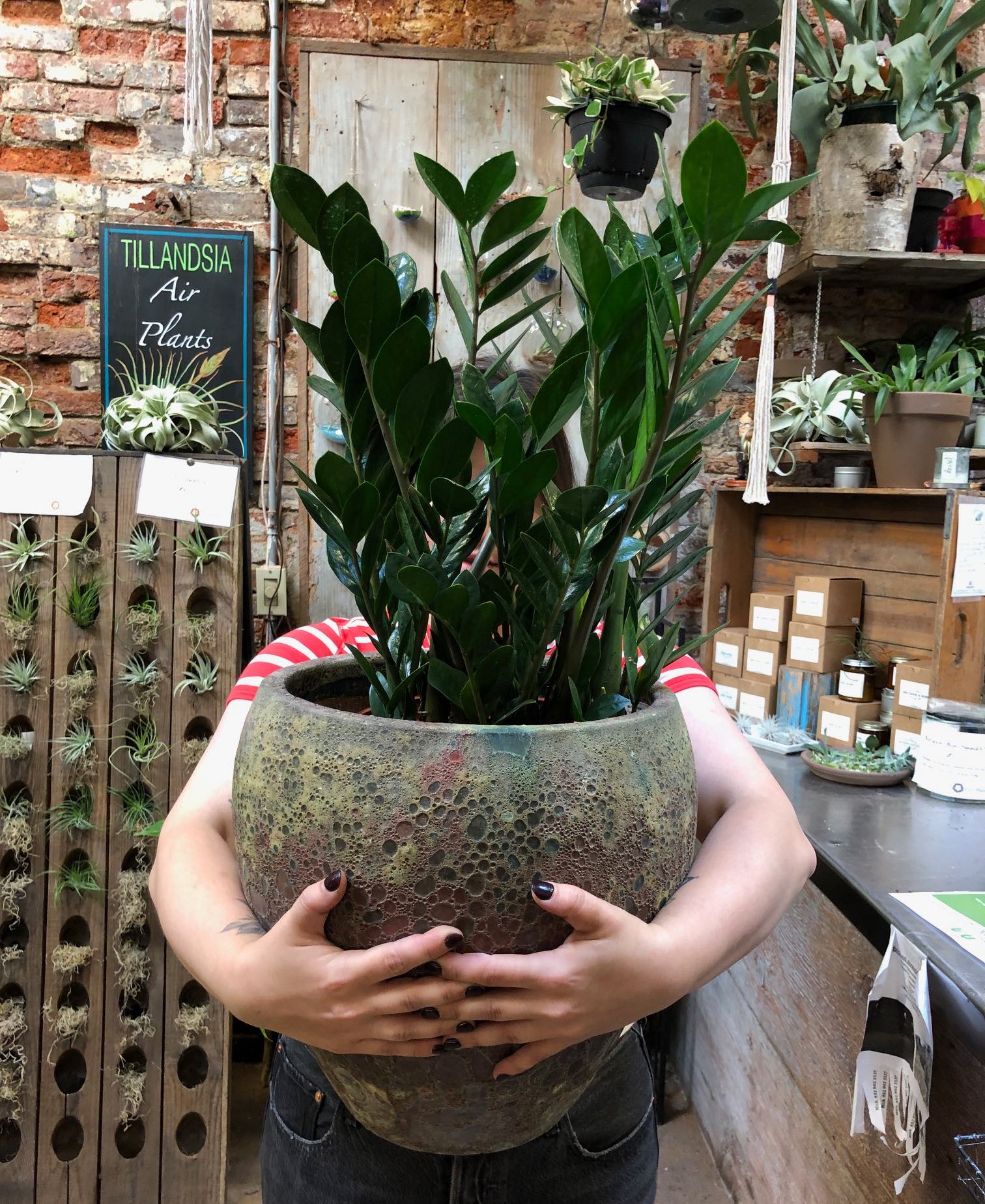 The houseplants we tend to buy are tropical plants in the wild, which means they’re never going to be as happy in your home as they are in their natural habitat.

Despite Philly’s at-times-oppressive heat, our city still doesn’t replicate the conditions that plants are truly thirsty for. “There are no plants that are like, ‘My natural habitat is in your house,’” White says. The only reason plants look as healthy and vibrant as they do on the shelves of your local store is because they’ve spent a while growing in places like Florida or greenhouses that can conjure up the exact environment a specific plant needs to flourish. Moral of the story: Don’t be sad if you move your pretty new plant into your house, and its leaves immediately start to yellow.

That being said, you do have to do your best to mimic your plants’ natural habitat if you want them to really take off.

When City Planter employees travel, they actually take stock of different plants and make note of location, humidity, shade level, etc., so they have more knowledge of what to recreate for that plant back home indoors. “If you give a plant a taste of its natural habitat, you’re going to have amazing growth,” says staffer Susanne Collins. “If you give it a taste of Philly, meh, you’re going to have a nice plant.”

For most plants, that means bright, indirect sunlight.

Because a lot of these plants grow naturally in the understory of the rainforest, they’re getting sun that’s filtering through the tree canopy, so it’s not as direct as you might expect. Translation: You don’t necessarily need to place your plant on a windowsill.

There are some plants that can function in lower light.

It’s not ideal, but if you are sticking a plant in a dark corner, go for a ZZ plant or a sansevieria (pictured below). They’ll also tolerate minimal watering — depending on the size of the plant, you can probably get away with watering it once a month as long as you give it a big drink. 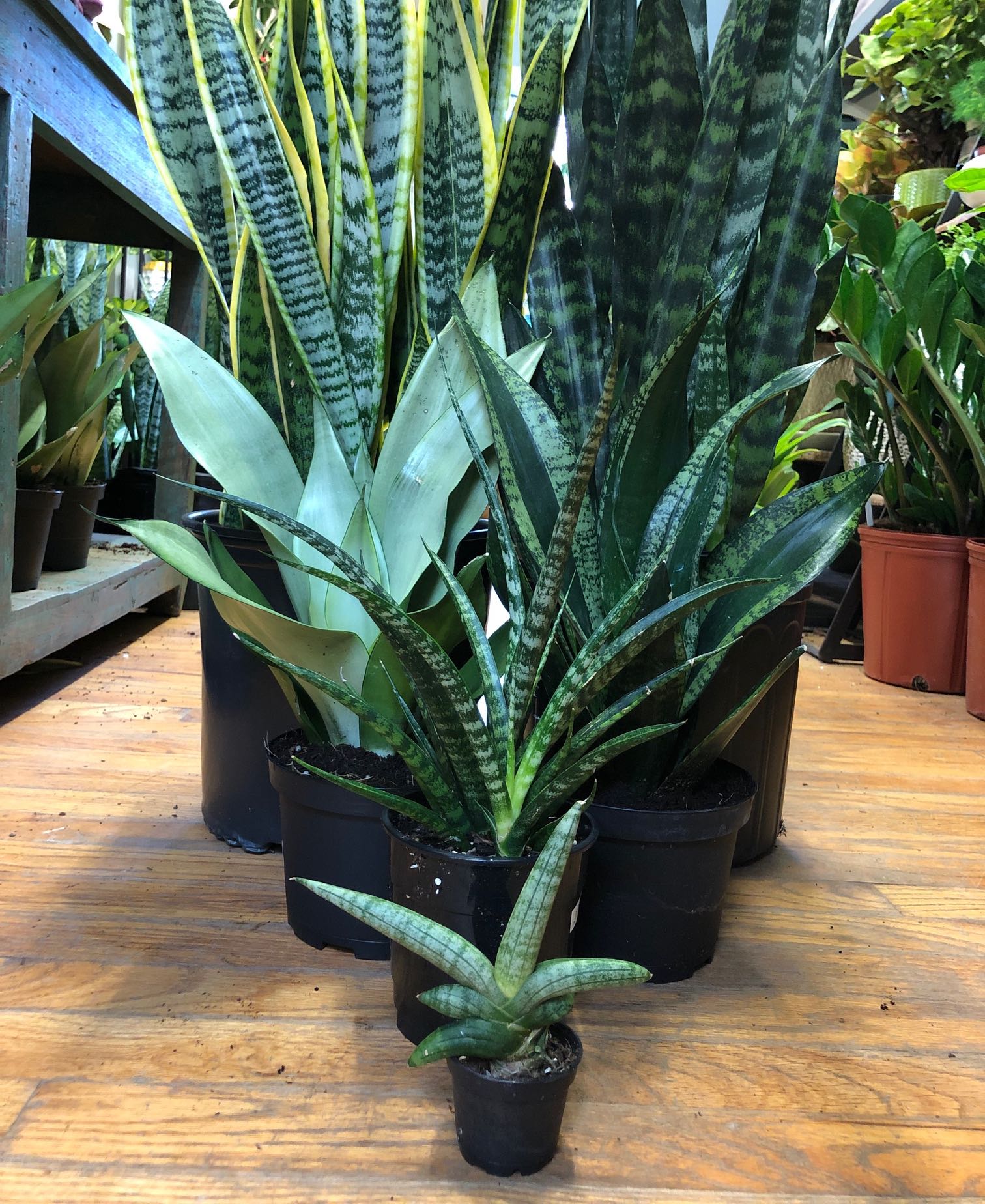 But really, you should choose a plant that’s appealing to you.

“I tell people to walk around the store and pick out a plant that speaks to them,” says longtime City Planter employee Julie Stone. “You want one that you’re going to want to take care of, in a place where you’re going to see it.”

Cacti and succulents are super trendy right now, but they’re not as easy to take care of as you think.

They need direct sun (a western or southern-facing window is your best bet here) and more water than you’d expect. A tiny, one-inch potted cactus is going to need water once a week while a large one will drink up about a gallon of water every two weeks. 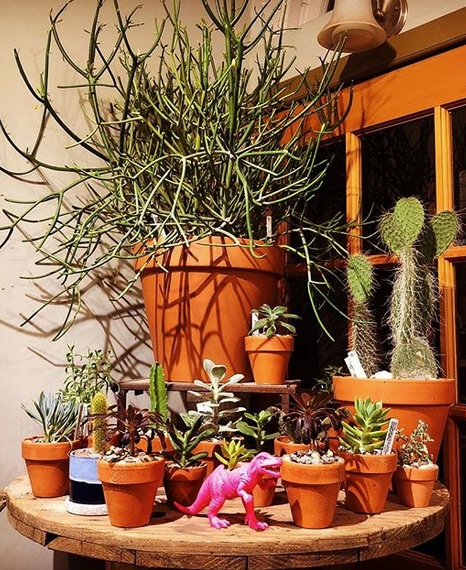 In general, you should be watering your plants until the root balls are soaked.

When you water your plants, you want water to be coming out the bottom of the pot. (It’s best for rookies to get containers with drainage). But even if it is, that doesn’t mean you’ve mastered the watering ritual. In fact, sometimes, water can go right around the roots and trickle out. The true trick to knowing when you’re done is if the plant feels heavier, so make sure you have a good sense of how much it weighs before its roots are quenched.

The easiest way to do that is to use a measuring cup the first time you water. Pour a bit and let the water soak in, then lift it up to see if it’s gotten heavier, and repeat until there’s a noticeable difference.

If you have the space, you can put your indoor plants outside during the summer to beef them up for the winter months.

However, you will have to start them in the shade and move them gradually out to brighter spots. “In their normal habitat, plants don’t move around,” White says. “That stresses them out.”

Pay attention to your plants.

Like any other living thing, they grow, change, and respond to their environments. If you watch them, they’ll tell you what you need to know. And if you don’t get the message, you can always call a local plant store to talk to the experts.