For One Week, There Was a Taylor Swift Takeover of the Local SoulCycle Studios

We chatted with senior instructor Ryan Lewis, one of the masterminds behind the project, to see what went into the Ardmore and Rittenhouse Square locations' transformation. 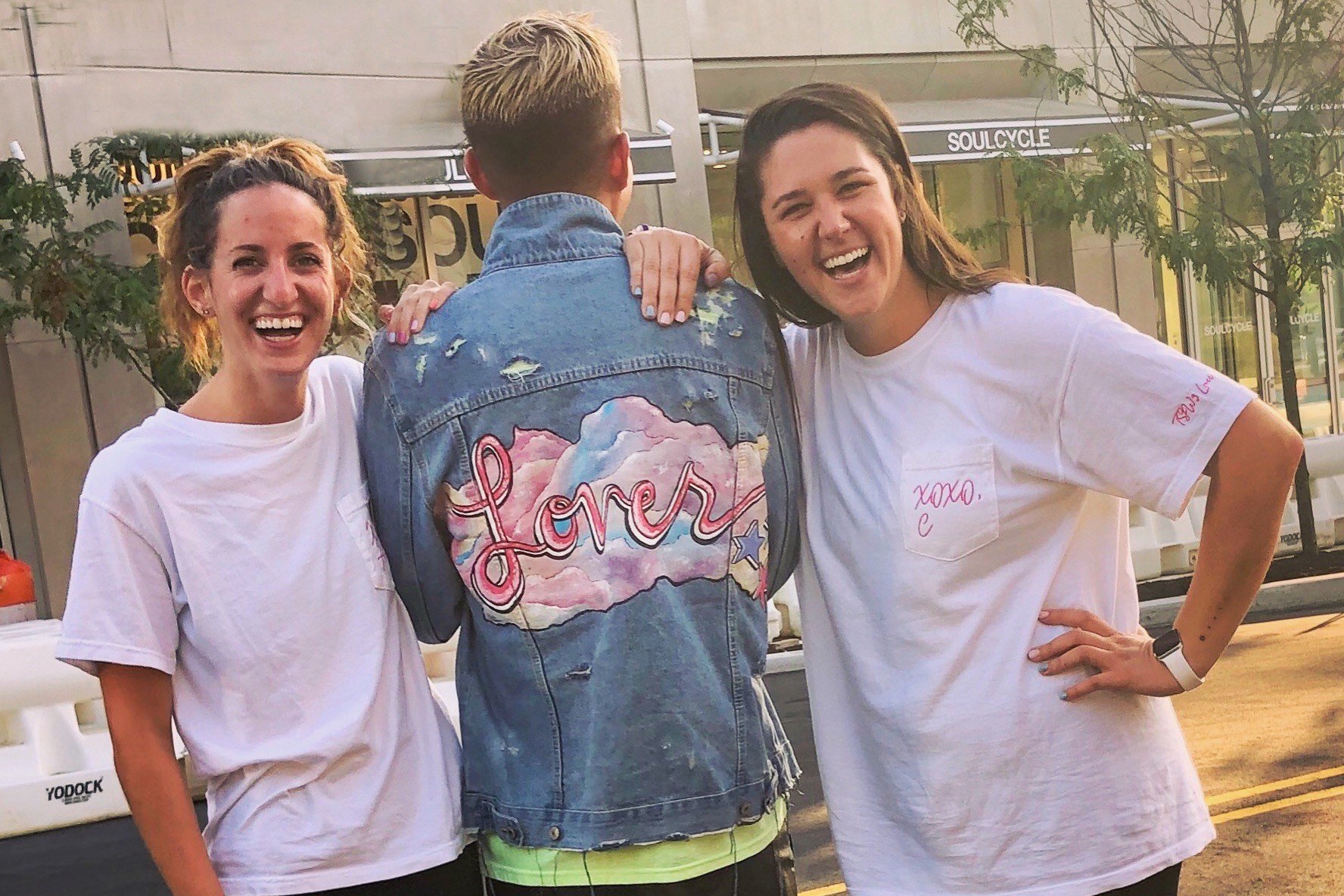 Alyson Leonard, Ryan Lewis, and Claire Griffin were the masterminds of the recent Taylor Swift takeover of SoulCycle. Here’s how they pulled it off.

“I’ve been known to be obsessed with Taylor. That’s no secret whatsoever. For me, it plays into why I’m also obsessed with SoulCycle, why I’m obsessed with music. The thing that draws me most to SoulCycle is how it’s centered on the music and how you’re riding to the rhythm. When it comes to me noticing music or jiving with music, I’m very lyrically driven. To me, there are very few people who can tap into the human condition when it comes to writing lyrics and pairing it with the right melody. Taylor may have that kitschy or pure bubblegum pop sound, but she knows how to write about human experiences specifically relating to love and the heart.

‘Cuz she’s been around for so long, we’ve grown up with her or watched her grow up. She’s just one year older than I am, so when she was singing songs titled “Fifteen,” it was around when I was 15. I remember sitting in the parking lot of the Plymouth Meeting Mall, and I went to Sam Goody, purchased the Fearless album and sat in my car listening to it. She’s always been a part of my life in a very big way. It mainly has to do with her craft and how she approaches it.

What draws me to her, too, is her relationship with her fans. It’s not just, ‘I appreciate you.’ It’s showing up in the most unexpected ways, like through her secret sessions that she hosts. She continues to surprise me with what she does and how she interacts and how she knows how she got here. She pays homage to that constantly.

I think the first time around, the event lasted from a Saturday to a Friday and every single class was Taylor Swift–themed. It’s evolved since then. We’ve had battle days, where Taylor Swift would face off against another artist that makes sense to pair together. My personal favorites are the album days. We’ll have four or five — I think this time we ended up with six, throughout the course of the week we just kept adding classes — where you’d go to a Reputation ride and it’ll be all from that album or a 1989 ride with that album. Obviously we had two Lover rides for the new album. In total, we had 22 classes from Friday, August 23rd to Friday, August 30th that were Taylor Swift– themed, and all except, I think, three of them were sold out. So the people are just as insane as I am.

The second Taylor Swift week we did in January was a few weeks after she released her Netflix movie of the Reputation tour, which I have watched way too many times, especially when it first came out. As I’m watching it, I’m noticing all these elements I could do in class. So I did a 90-minute class to close out the second Taylor week that was the Reputation concert. I manipulated the movie to get the audio from it, and we rode to the concert. She has fireworks so I bought sparklers. She has a water segment, so I’m spraying everyone with water bottles. There were light effects and all this stuff. That was one of the most demanding classes I’ve ever taught, and I wanted to do something similar to it.

The day before that class for this time around — which was just a 45-minute class at 6 a.m., but I was pulling all live music for the Reputation album ride — I thought about ways to not mimic it but recreate it in a way. I remembered how before the show started, I saw both shows she did in Philly. You knew she was coming on stage because she would play Joan Jett’s “Bad Reputation.” At about 5:57, I turn on “Bad Reputation” and turn up the volume a little louder than normal and let that play out. It goes right into the opening sequence of the Reputation tour. I didn’t say anything. I just killed the lights, and we got started. It was a little bit of a risk because there were first-time riders in the room, and I typically like to go through a spiel welcoming them. I was like, ‘I’m going to sacrifice that for this. Hopefully they understand that.’ And they did! Because of what was being created by the people around them.

By day two or three, I had this feeling that I wasn’t really teaching. I would start every class with my expectations for everyone riding — basically to feel good and have a good time, which is always the case. But giving them what that looks like — screaming along, slapping the handlebars, smiling at your neighbor, smiling at absolutely nothing. What you can expect from me is the exact same thing, and every so often I might tell you to do something. But really, they were creating the experience and I was just pressing play.

Another thing we did: There are these two girls who work for SoulCycle; one, Alyson Leonard, works at our Ardmore studio, and the other, Claire Griffin, used to work at Ardmore but now works in Bethesda. They’re the ones who opened up and operated the Instagram account. They organically came into this personality of these voices during the second week back in January and would review my classes because they’re huge Taylor Swift fans. Like saying, ‘I can’t believe you played that’ or ‘WHY did you play that?’ It was very snarky, and people were entertained by it. They took that and ran with it for this third time around. I got to work with them starting two months prior. We just had more brainpower behind it. Alyson has a very strong background in media production, so she was the one who would film and edit the videos and take the pictures. She did the photo editing of me on the Lover album cover. 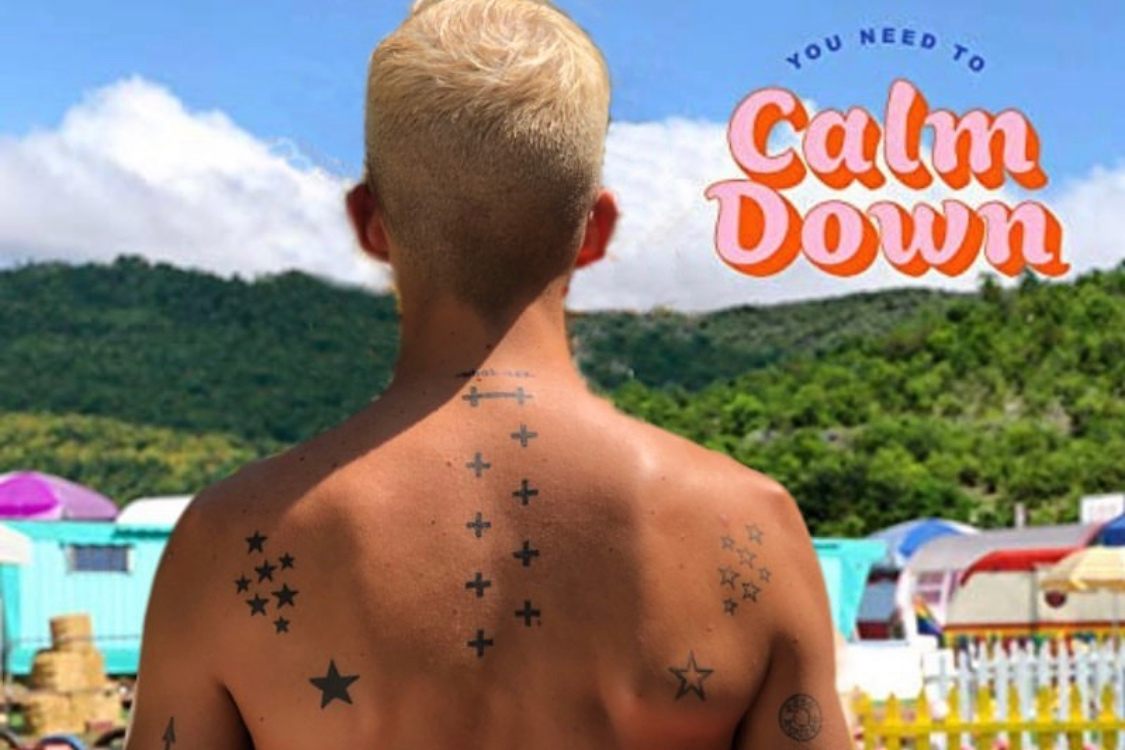 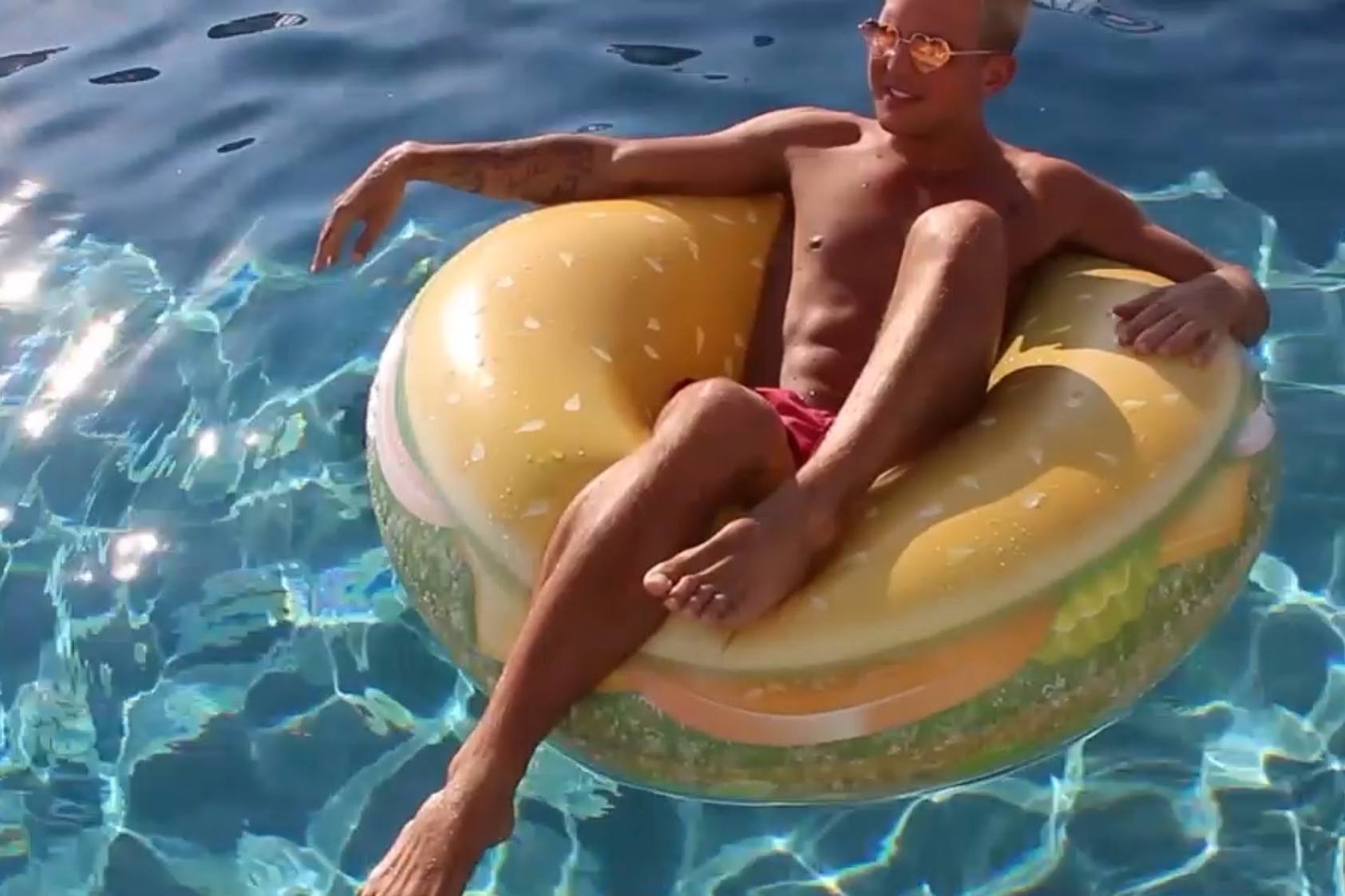 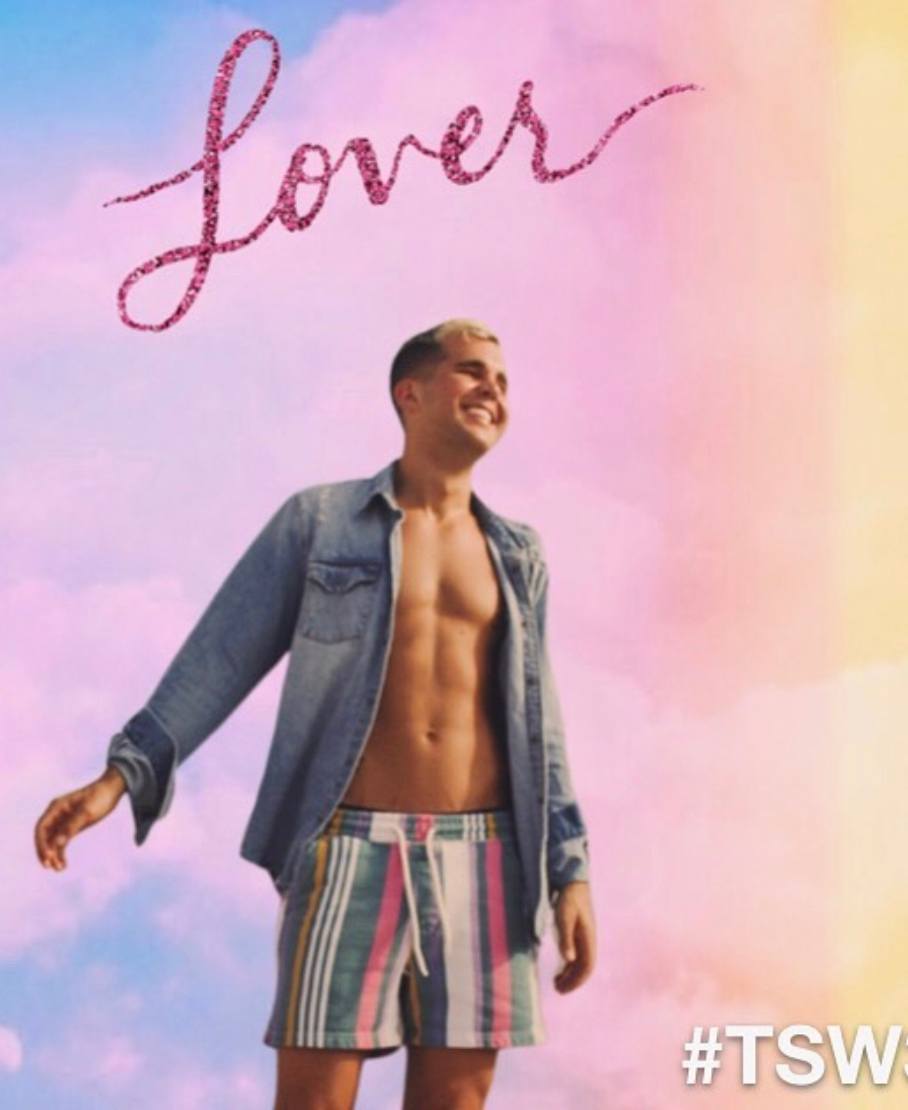 All photographs courtesy of Ryan Lewis

We were sitting about three weeks before it started and talking about one year hopefully getting invited to a secret session that Taylor has when she releases an album, where she brings her fans in, and you’re somehow mysteriously selected to go to some location with her there and listen to the album weeks before it comes out. It’s honestly a dream, like oh my god. We were joking around, like ‘What if we had our own secret session?’ Then it was just like, ‘No, really, what if we had our own secret session?’

The first night when the album was out, we rented out the roof lounge of my building and had about 30 people come to listen to the album in full. They were all people from SoulCycle essentially, except for a few — a lot of people who had never met each other but seen each other in class a lot. Now having been a week since it’s been over, I’ve seen these people coming in together, sitting next to one another, interacting in the studio in ways they didn’t before. That’s what I didn’t expect to happen because of all this, but I am so happy and through the roof that it did.

The investment was mostly on my part ‘cuz none of this is funded by Soul. Any additional stuff besides obviously putting on the classes and everything is all funded by me. Every single class I had a T-shirt giveaway. There was a tie-dye towel element that was placed on bike 13, ‘cuz obviously 13 and tie dye very much for the Lover aesthetic. There’ll be a winner selected some time over the next few days for a pair of tickets to her next tour, whenever that gets announced. Which, again is all through me. 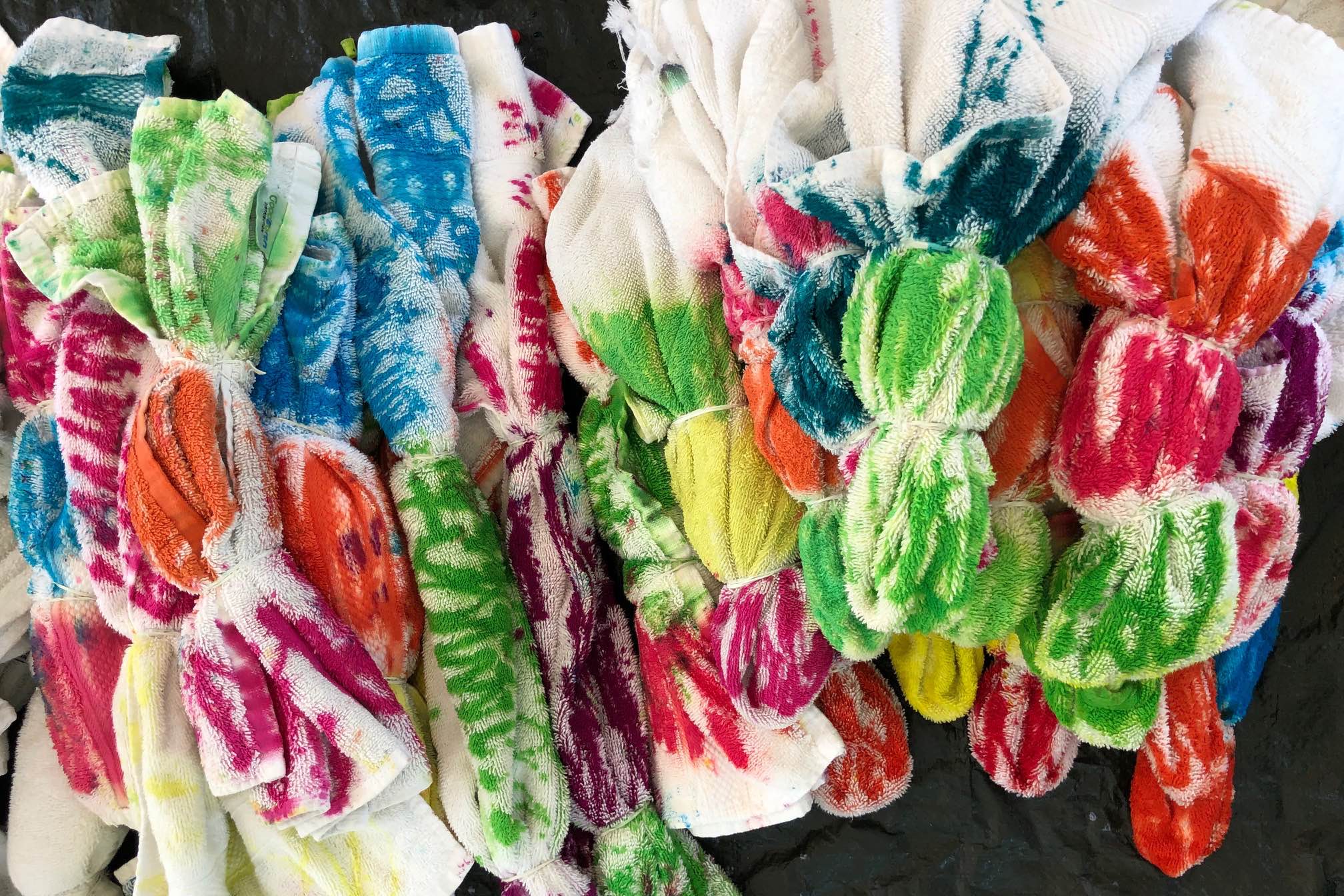 My thing is you have to spend money to make money. And I’m very much a person who does something where if it feels good, I’ll keep doing it but find ways to make it better, to give people a reason to come back again. Apparently Taylor’s planning a summer tour, so there will for sure be a #TSW then. That gives us a whole year to get ready.