Solidcore Is Opening a Gym in Northern Liberties This Fall

The NoLibs studio will be the fourth Philly location for the boutique fitness chain. 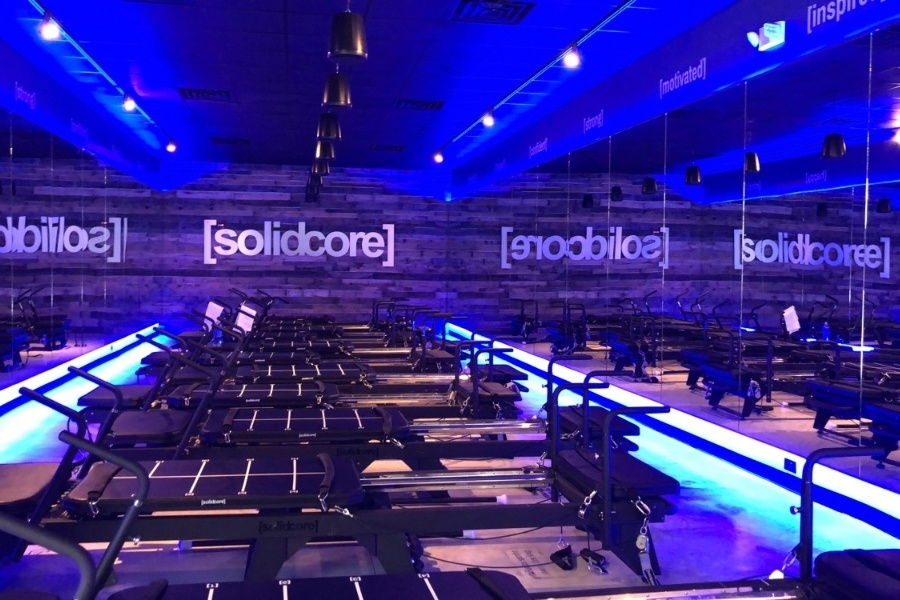 Solidcore, the reformer-based workout originally from D.C., will open its fourth Philadelphia location this fall in Northern Liberties. / Photograph by Laura Brzyski

Sweatlana. The very name can make your muscles shake with a mix of fear and excitement.

If you’ve ever taken a class at Solidcore, then you know exactly what I’m talking about. The super popular reformer-based workout tranplanted from Washington, D.C., pushes your entire body through slow, controlled movements on Sweatlana, Solidcore’s version of a Pilates reformer. But Sweatlana is not like any other reformer machine. Instead of six springs, it’s got eight, creating heavier, more varied resistance and tension. In truth, Sweatlana looks like your high school frenemy — nice to your face but could destroy you in an instant.

And that’s kind of the goal of a 50-minute Solidcore class: Exhaust your muscles to failure (yes, failure). While this sounds terrifying…well, it is. But there’s something about Solidcore’s signature workout that keeps people coming back for more. Whether it’s the constant challenge or the eventual six-pack abs (see for yourself), Solidcore has developed a cult-like following of fitness enthusiasts who want not just an uber tough and sweaty workout, but to create the strongest versions of themselves. (That’s Solidcore’s motto, after all.)

Solidcore has a pretty big fan base here in Philly, with three studios in Center City, Rittenhouse, and Bryn Mawr, and it’ll likely grow further this fall, when the boutique fitness chain brings the shakes to another Philadelphia neighborhood: Northern Liberties. Located at 180 West Girard Avenue (in the ground level shopping center underneath ACME), the 2,540-square-foot NoLibs location will feature 14 Sweatlanas as well as Solidcore’s signature décor of neon blue lights, a wood-paneled lobby, and graffitied bathrooms.

The decision to expand into Northern Liberties seemed fitting, says Alex Fluharty, who handles new studio openings on the northern East Coast and manages Solidcore Rittenhouse. “We [at Solidcore] are constantly looking at new real estate and doing market research,” says Fluharty. “Solidcore has done really well in the Philly area — it’s one of the company’s top markets. [Based on our research,] Northern Liberties seemed like a natural place to create an even bigger community.”

While Solidcore isn’t releasing a specific opening date just yet, the Northern Liberties studio is slated to launch in late fall. There, you’ll be taught by a whole new group of coaches, who will be put through a 60-hour teacher training over the course of three consecutive weekends. Kayla Raspallo, a senior master coach popular among Philly clients, will also be teaching regularly in NoLibs.