The Best Bluetooth Running Headphones, According to Avid Philly Runners 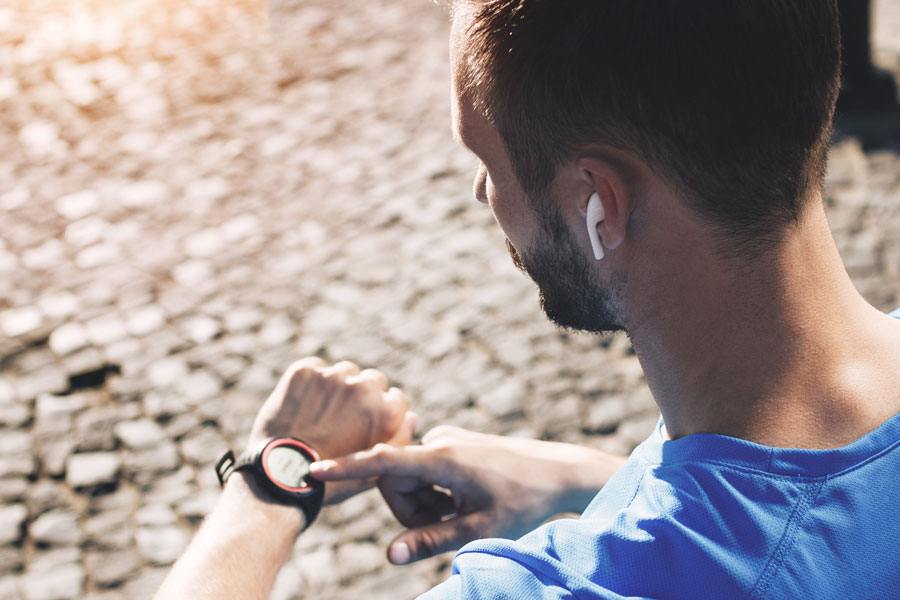 These are the best bluetooth running headphones, according to Philly runners. Photograph by
LeonidKos/Getty Images

Running headphones are some of the most difficult to shop for. They need to stay in your ears despite all the jostling. They need to be ultra sweat and waterproof — who hasn’t had a rainstorm appear out of nowhere on a long run? — and have a decent battery life. Plus, for the sake of safety, they can’t be too noise cancelling — you still need to be able to listen for bikes, cars, and other pedestrians.

So that’s why we turned to the pros — Philly’s avid runners — to hear which headphones they swear by for running our city’s streets. To be honest, when I first posed the question, I expected to get a myriad of answers in response. Surely, I thought, everyone has their favorite headphones — the ones that fit their ears just so, the ones that have never died on them halfway through a run.

Instead, I receive a surprisingly unanimous response. For the most part, there were just two different headphone sets that these Philly runners swear by: the Apple AirPods (I know — what?! I’m as shocked as you are) and the Aftershokz Trekz Air. More on both below.

Okay, yes, this seems like an incredibly basic and trendy answer, right? Well hear me out: Runners love them. Kierra Smalls, co-founder of City Fit Girls, says she “enjoys them tremendously” for their lightweight construction and finds them easy to use. Angelena Minniti, Honeygrow athletic ambassador, is obsessed with them because they don’t start shifting the second they get sweaty — they actually stay in her ears, whether she’s jogging or sprinting.

Additionally, they offer some good safety features, which make it easier to remain aware of your surroundings. For one thing, you can set the controls so the music pauses it you double tap on one of the earbuds. “The easy pause double tap was huge for me because while I’m out running I don’t want to touch my phone — sometimes it’s in my running sleeve or my pocket and it’s not always easy to grab,” says Minniti.

For another thing, these headphones are fully wireless — there’s nothing connecting the two earbuds. That means it’s easy to head out on a run wearing just one of them, leaving your other ear free to listen for traffic — which City Fitness’ Jon Lyons says he always does. And while triathlete and Never Give Up Training owner Ali Jackson Cook does say that her wireless Powerbeats Pro headphones have gotten her through her “sweatiest of Ironman Training runs,” she acknowledges that she opts for her AirPods “90 percent of the time for shorter runs or cooler days when I won’t sweat as much — and they are cheaper!”

If the Apple AirPods are basic, these ones are anything but. Unlike most earbuds, these ones don’t actually sit in your ears. Instead, they use “bone conduction technology” to make sounds travel through your cheekbones via vibrations. (Seriously.) This means that you not only get great audio — but you also can hear everything around you while you’re running.

Michael Zabrodski, assistant manager of Philadelphia Runner Center City, says he can even wear them with hats and sunglasses and they’re “so light they almost disappear on a long run.” Liz Pagonis, marketing director of Philadelphia Runner — where you can actually purchase these headphones locally — is a huge fan of their safety features as well.

“It’s freaking wild,” says Lyons. “I can turn up and still completely hear everything around me. They look a little goofy, but 90 percent of running gear is goofy, so just embrace it. If you’re serious about safety I honestly don’t know if I would recommend anything else.”

Do you have a favorite pair of Bluetooth-enabled running headphones? Shoot me an email and tell me about them!

Each product in this story was selected by an independent editor. Philadelphia magazine may earn revenue as a result of purchases you make through these links.