Tara Lessard has worked with Cancer Treatment Centers of America Philadelphia to feel like herself again. 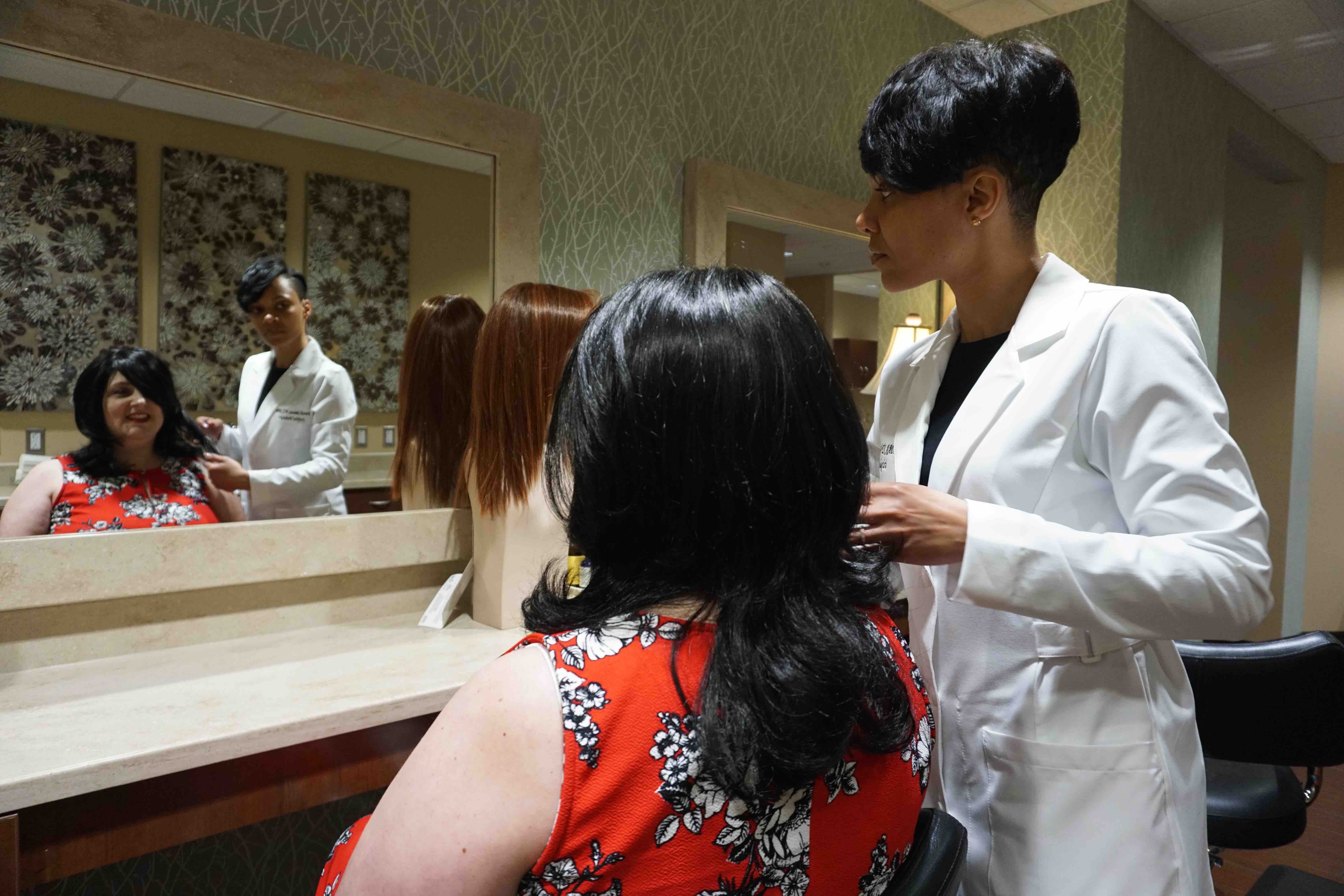 Tara Lessard’s hair was long and black before the cancer took it.

Or rather, before the chemotherapy that was treating the Bucks County resident’s fourth-stage ovarian cancer, took it. Clumps began falling out shortly after she started the intense drug regimen. As the medication did its job, attacking the rapidly dividing cells that are the hallmark of cancer, Lessard’s other quickly growing cells — specifically in her hair and nails — got stuck in the cancer-killing fray.

On the one hand, it wasn’t like Lessard’s hair exclusively defined her. Her identity is built from other blocks, too. She’s a queer femme. A photographer, who has always felt safer behind the camera than in front of it. The person in her family who always looked at the world with a positive attitude, sifting through the rubble of everyday life to grab onto the shimmering nuggets that made life worth enduring. “I was grateful that, in my family, it was me,” she says about being diagnosed with cancer. “I knew whatever journey was going to happen, I’d be OK, and I’d have support.”

When Lessard was younger, though, her subconscious thought the opposite would happen. She’d had nightmares about losing her hair, during which her friends deserted her when her locks disappeared. When she was 28, she started dying it, experimenting until she loved and enjoyed her dark mane. 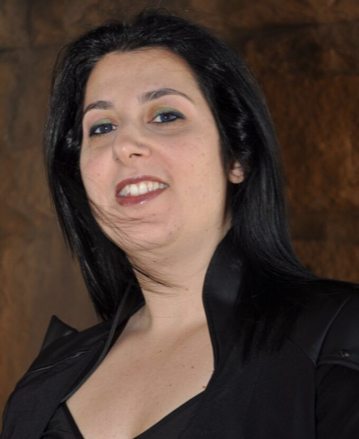 Lessard before she was diagnosed with cancer. / Photograph courtesy of Tara Lessard

Lessard is 46 now. She rocks a spiky, steel gray ‘do and red lipstick that perfectly matches the shade of the flowered dress she’s wearing the day she visits Cancer Treatment Centers of America Philadelphia’s Lily Bella Salon. That week would mark her 39th chemo session. Although she was declared cancer-free in April of 2016, eight months after her initial diagnosis, she’s now been through spleen cancer and is currently in treatment for lymph and pelvic cancer. “For Tara and for most women with ovarian cancer, they unfortunately recur,” says Justin Chura, Lessard’s oncologist and the chief of surgery at CTCA Philadelphia, “[either] in a new spot or in the same location.”

Miraculously, Lessard has remained upbeat. She credits Lily Bella Salon, which provides everything from wig consultations and eyebrow restoration to massages and manicures, at least partially for that. “Receiving chemotherapy every other week, it feels like it addresses the cancer,” Lessard says. “But this is the stuff that puts me back together as a human being.”

Last month, for instance, she worked with Danielle Johnson, a certified trichologist (someone who studies the hair and scalp), to get a fitting done for a wig that looks shockingly similar to her pre-cancer hair. Wigs aren’t foreign to Lessard — she’d played around with them even before her cancer diagnosis — but finding one that fits correctly and makes her feel like herself is a whole different process now that she has cancer. 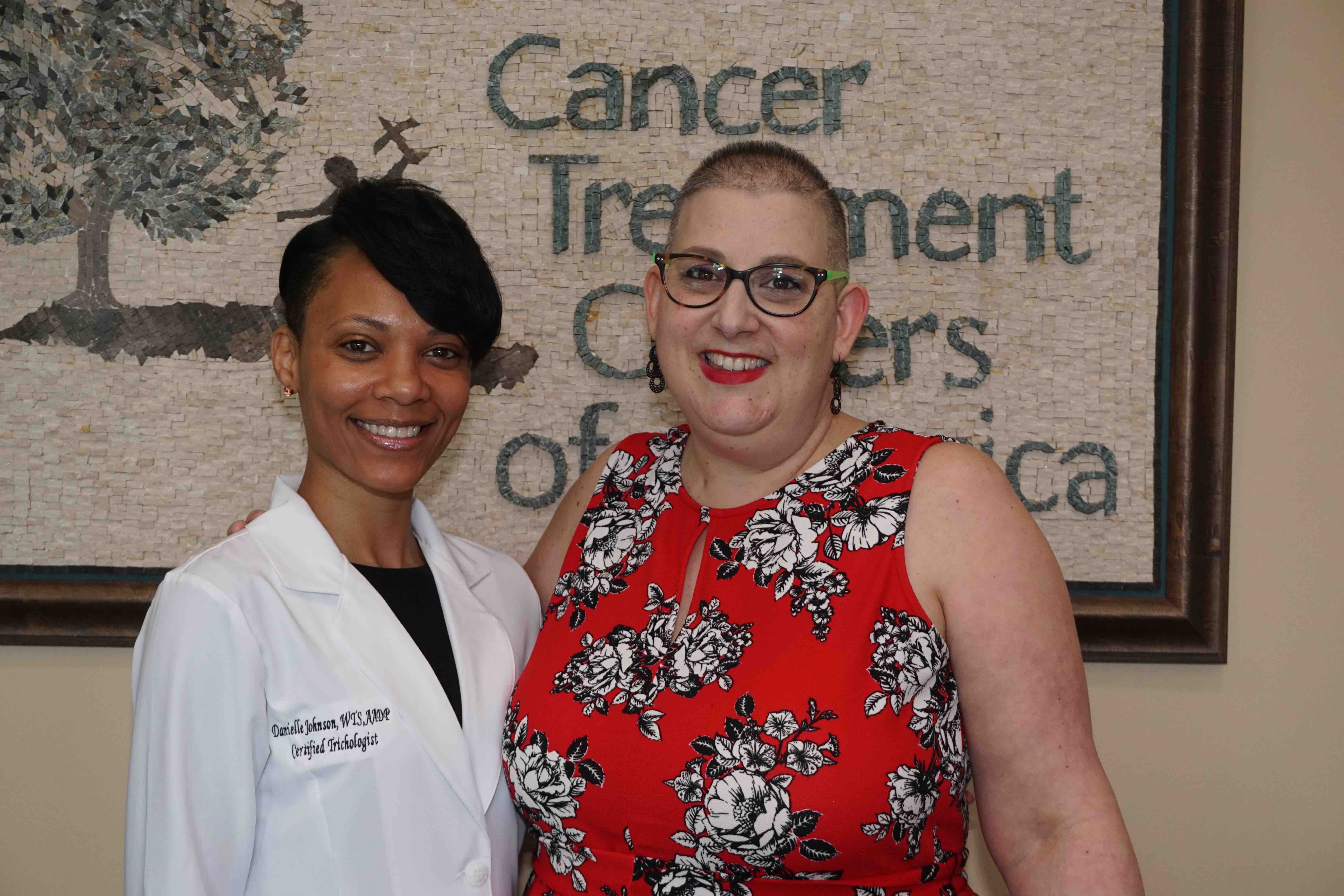 Johnson explains that patients often buy wigs before they lose their hair, and the hairpieces end up being too big once they’re ready to wear them. Or it turns out their heads are flatter than standard wigs account for. Or people are set on human-hair wigs (which, most of the time, incorporate synthetic or animal hair anyway) that tend to be hot, heavy, and prone to frizz when it’s humid out. Or they can’t even wear their wigs because their heads are tender and inflamed after treatment. (Some people don’t lose their hair during cancer treatment at all. Chura says some drugs or dosages cause more hair loss than others.)

That’s why Johnson, who has traveled the world working with celebrities such as Patti LaBelle, takes such care in getting to know her clients’ specific needs. She asks them to show her pictures of how they used to look, so she can find wigs that are as close to their previous style as possible. Sometimes she cuts and shapes the pieces herself. “If it don’t make you feel like you,” she says, “you don’t want it.”

Johnson clearly got it right with Lessard. As she tugs the wavy black wig over Lessard’s head, making small adjustments, a grin pops onto Lessard’s face. At the same time, her eyes start to fill with tears. “I’m the kind of person who, when I’m in a room full of people, I stand out,” she says. “I kind of get that. It’s really beautiful to be able to blend and make me feel like my old self and not be standing out because I have cancer necessarily.”

Lessard doesn’t walk away with the wig that day. CTCA requires patients to pay for the hairpiece — which can range from $100 to $5,000 depending on the style, distributor, and brand — out of pocket and then submit a claim to the insurance company. But it’s on her wish list. And Chura says Lessard is one of the most vocal patients when it comes to advocating for what she needs or wants to make her feel better. She’ll get her wig. “It makes my job easier,” he says. “It’s about understanding that this is not ovarian cancer we’re treating. This is Tara, who happens to have ovarian cancer.”