Competitive boxing is male-dominated, but South Philly resident Alyssa Marsh is motivated to change that — one punch at a time. 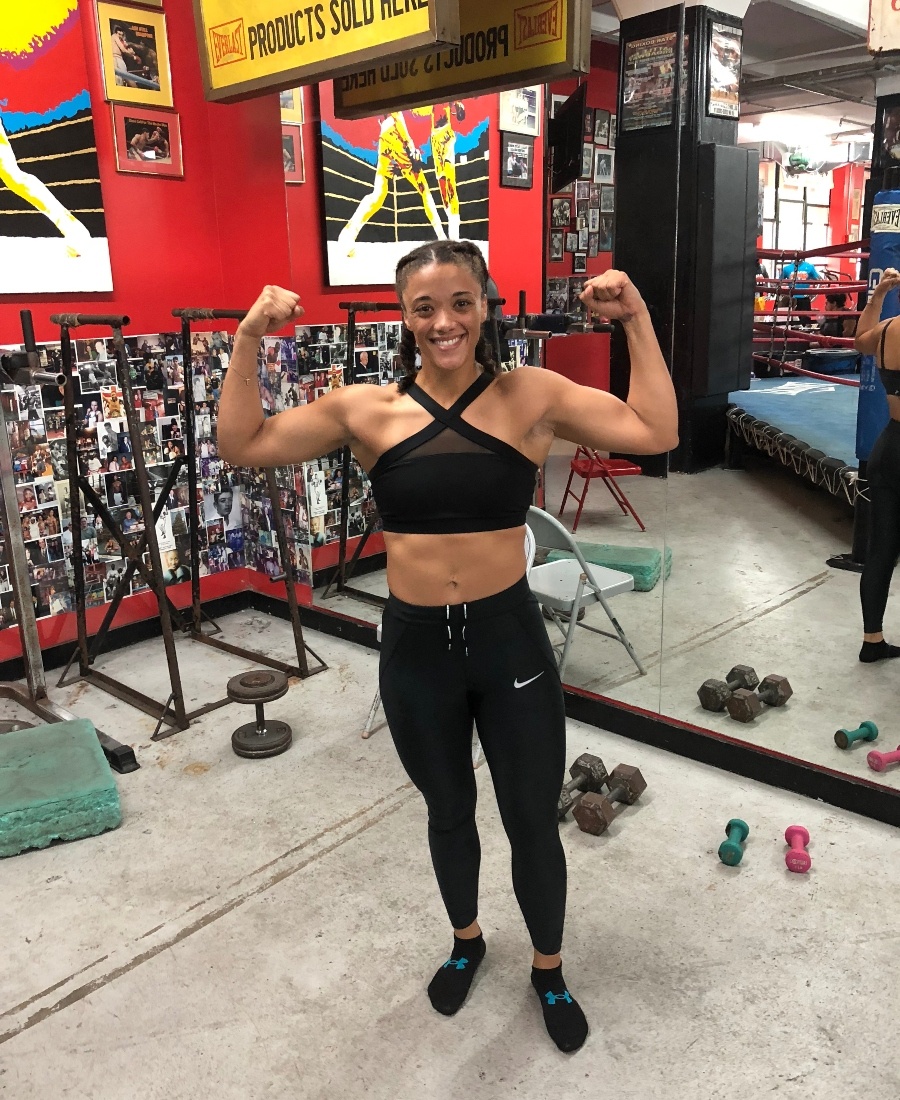 Being a female competitive boxer has been a motivating challenge for South Philly resident Alyssa Marsh. / Photograph courtesy of Alyssa Marsh

Who I am: Alyssa Marsh, 27. I live in South Philly, but I’m originally from Overland Park, Kansas.

What I do: I work at Blink Fitness as the Wissinoming senior club manager. I am also the greater Philadelphia recruiting scout and an instructor at Flywheel Sports and a mitt trainer at EverybodyFights.

I grew up in a gym. As a kid, I spent a lot of time at the Gold’s Gym daycare in Merriam, Kansas, because my mom lived a very active lifestyle. As I got older, I would sneak out of the daycare restroom to see her on the weight floor when I could. I was especially drawn to the loud music of the gym’s boxing studio where they held Ringside classes.

I officially started boxing at age 18. My mom allowed me to pay for those Ringside classes that I had grown up watching. One class turned into three per week, and those turned into one-on-one personal training with instructor “MJ All Day,” who was a pro fighter at the time.

For the next seven years, I stayed active. Both during and after college, I was boxing often, taking classes in various gyms, and hitting the bag on my own. Eventually, I started teaching kickboxing classes at Sweat Fitness.

But I was plateauing. When I was about 23, I felt I had outgrown my trainers and my routine. I started to get that itch for something more challenging and wanted to try something new.

In 2017, I found my answer. When I was working and training at Sweat Fitness, I came across Phil Filmore (my current coach) when he was working with a girl on her defense. I was so impressed by his detail toward her workout that I knew I had to start training with him. When he took me on as a client, we started with the basics—step to the left, step to the right. Then, we progressed to technical skills, like mitt work, bag work, defense and head movement, and footwork. He helped me learn that it’s great to throw hard punches, but it’s also very important to be a tactical fighter who makes smart choices. 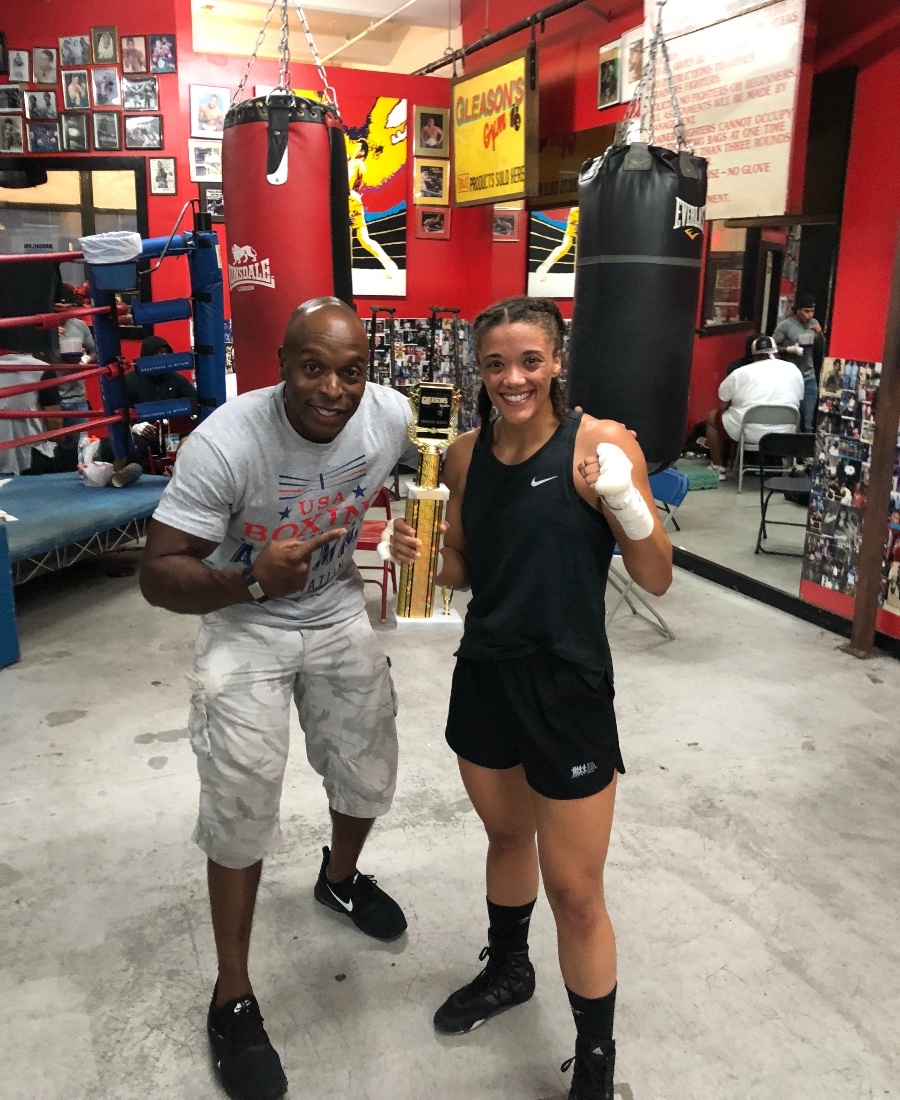 Marsh poses with her coach Phil Filmore after winning her first fight at Gleason’s Gym in Brooklyn. / Photograph courtesy of Alyssa Marsh

A year later, I had my first fight. On September 15th, 2018, I competed against Meredith Berly from New York in a three-round bout. I won (yay!) with a unanimous decision by all three judges.

That win didn’t come easy, though. Working with Coach Filmore has helped me establish and strengthen technical skills needed in the ring. Earning that trophy required active training in other areas, like strength and weight training, running, and sparring drills. Outside of teaching classes, my weekly fitness routine looks like:

I’ve realized female boxers have it tough. Boxing is 100 percent a male-dominated industry. Oftentimes, if females are fighting in an all-male televised show, they’ll cut the female fight out of the broadcast. Plus, female pro boxers are paid about 60 percent less than male fighters.

Due to this gender inequality, training has proved challenging. During my competitive journey, I’ve sparred against and done drills with at least sixteen men. When it comes to working with or against women, though, the numbers are bleak. I’ve sparred two women and fought against one. This discrepancy is a double-edged sword: Hanging with the guys has made me tough, but it has also been really defeating. Doing basic drills with a man who is six feet tall while I am 5’3” isn’t exactly a fair game.

Finding fights is also difficult. For matches, it’s important to compete against someone in your weight category with a similar number of fights as you to keep it as fair as possible. Because there are so few female boxers who meet both these requirements for their opponents, matches either end up being too disparate [in skill or strength] or get canceled. I originally had a fight scheduled for May 4th, but my competitor had four fights against my one, so the match got pulled. Now I’m back to the drawing board, searching for a more equitable fight. 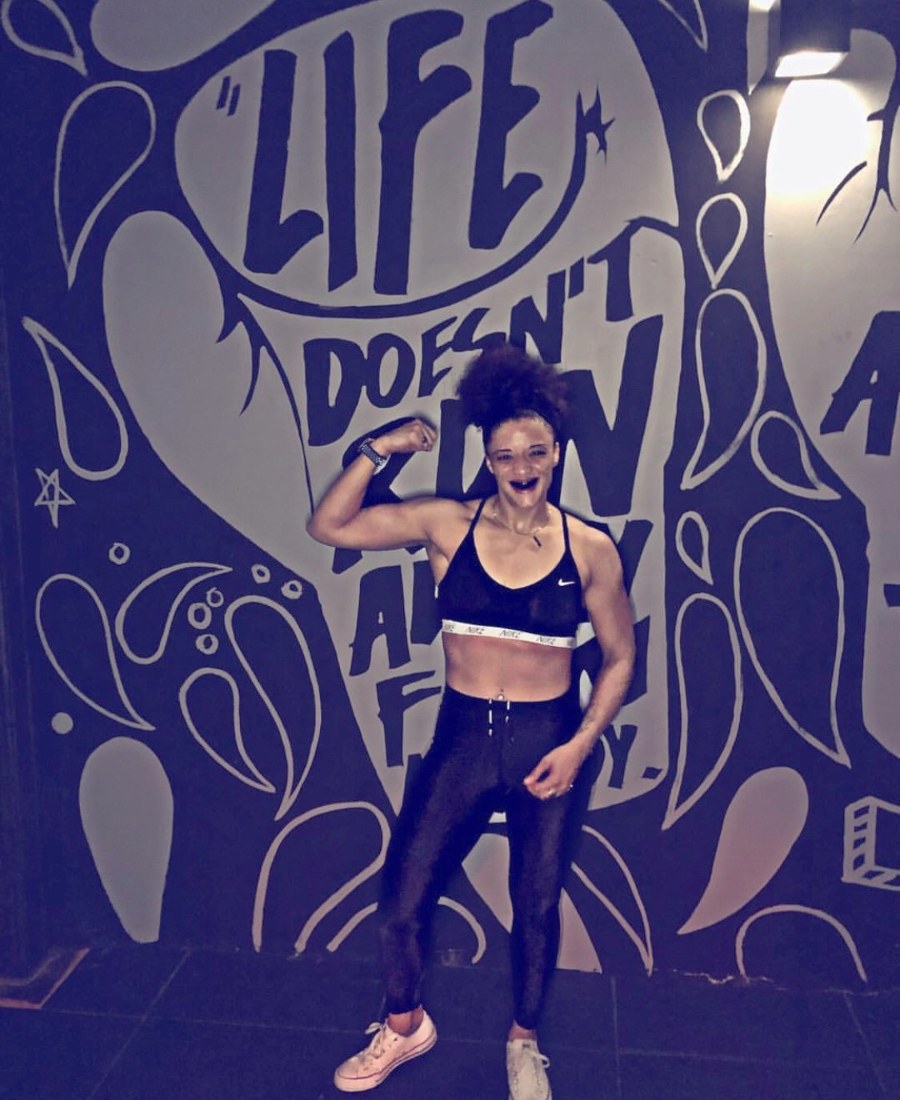 Marsh recognizes being a woman in the boxing industry is tough, but she isn’t stopping anytime soon. / Photograph courtesy Alyssa Marsh.

Despite these obstacles, I keep fighting. No matter who I’m working with, I’ve learned the importance of moving around and training with others. It’s the only thing that’ll help all of us become better fighters. Sure, I get hit by guys. Male fighters’ punches always have more weight behind them, but I know that in the end, it’ll make me stronger and my technique more calculated. If I get hit by anyone, I want to learn how to refine my mitt work, footwork, and defense moves to block my opponent’s punches.

I won’t give up boxing because it reminds me what it means to be human. There’s an urge inside me to be better, stronger, more confident, and fearless. My mom has provided everything for me. When I was growing up, the two of us lived in government-funded housing and off Wick stamps. I work hard so she knows her personal fight wasn’t for nothing. Boxing has given me an inner flame that keeps burning strong. Once I step into the ring and start exchanging punches with someone for two straight minutes, I feel like I can do anything life throws at me, including hanging with the guys and being on their level. The sport has also made me more patient, calm, and disciplined, and a better listener. Out of everything, though, it has taught me how to push through pain and remain consistent — that, as a woman, quitting is not and never will be an option.