The details of each event won't be announced until the Sunday before, but we've got the early scoop on the very first workout. 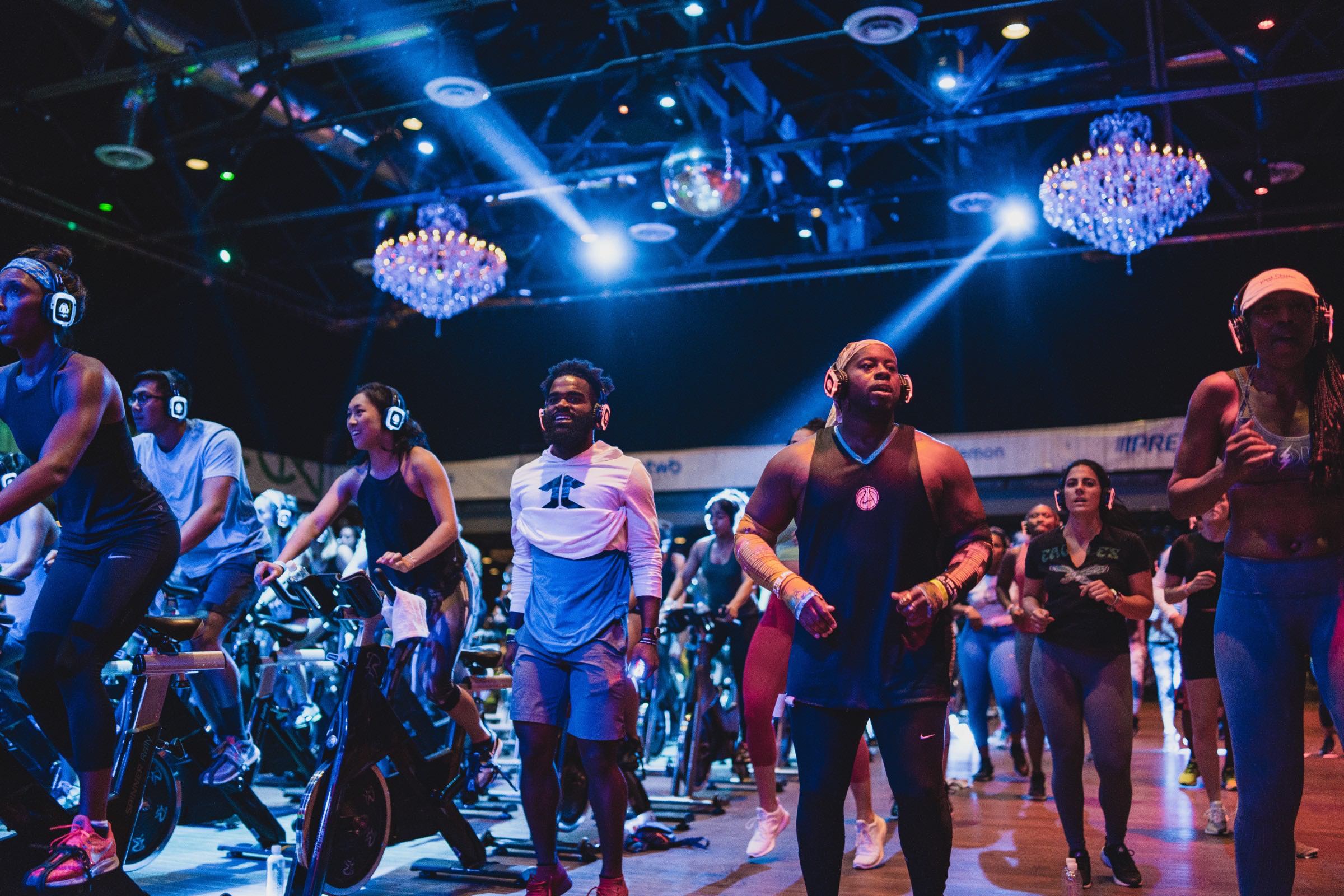 A few weeks ago, the Cut published a story perfectly capturing the thought that enters every cooped-up office worker’s mind on the second, universally despised day of the week. It was called, “Why It’s So Upsetting That It’s Only Tuesday.” Writer Katie Heaney — the queer, truth-telling goddess we all need in our lives — actually talked to a psychology professor who explained that our hatred of Tuesdays stems from our hatred of Mondays (figures) and suggested we “rebrand” this miserable day by making fun plans then instead of waiting until the end of the week (go figure).

We don’t know if the folks behind City Fitness read this article. Perhaps, fed up with the agony of so much time remaining before the weekend, the local gym’s staffers came to the same conclusion on their own. Maybe they just wanted to promote their newest location, East Market, which opened in February. In the end, we don’t care because we finally have something to look forward to on tortuous Tuesdays: City Fitness’ new, free, sort of secret, zany AF workout series.

Top Secret Tuesdays will feature a free workout each Tuesday at City Fitness East Market for the next 10 weeks (through July 2nd). City Fitness will announce the theme of that Tuesday’s event on Instagram and at this link on the prior Sunday, at which point registration will open, and 40 to 150 tickets will become available. Before then, details will be kept behind closed doors, although communications manager Ali Stauffer tells us that, “DJs, water balloons, puppies, and body paint will all be making an appearance at some point.”

But we intrepid interrogators here at Be Well convinced City Fitness to share its kick-off Top Secret Tuesday deets before this upcoming Sunday. You heard it here first: The inaugural TST at 8 p.m. on April 30th will be a boot camp workout, complete with a live DJ, black light, and glow-in-the-dark body paint. We/Fit director Jon Lyons will put you through your sweaty paces in the event space at City Fitness’ East Market location. (You can expect to see other well-known City Fitness instructors leading future workouts.) Typically, Top Secret Tuesdays will take place outdoors, but the team is moving the shindig under the roof so people can enjoy the black light vibes.

You probably don’t need another reason to be excited about this sudden way-to-make-your-Tuesdays-more-manageable. But I’ve got one for you (or at least for me): April 30th, the first less terrible Tuesday, is my birthday. I was going to celebrate the weekend before because who does anything exciting on Tuesdays? Now, though, I might just change my mind. I’ve got a black light party to go to. Hope to see you there.