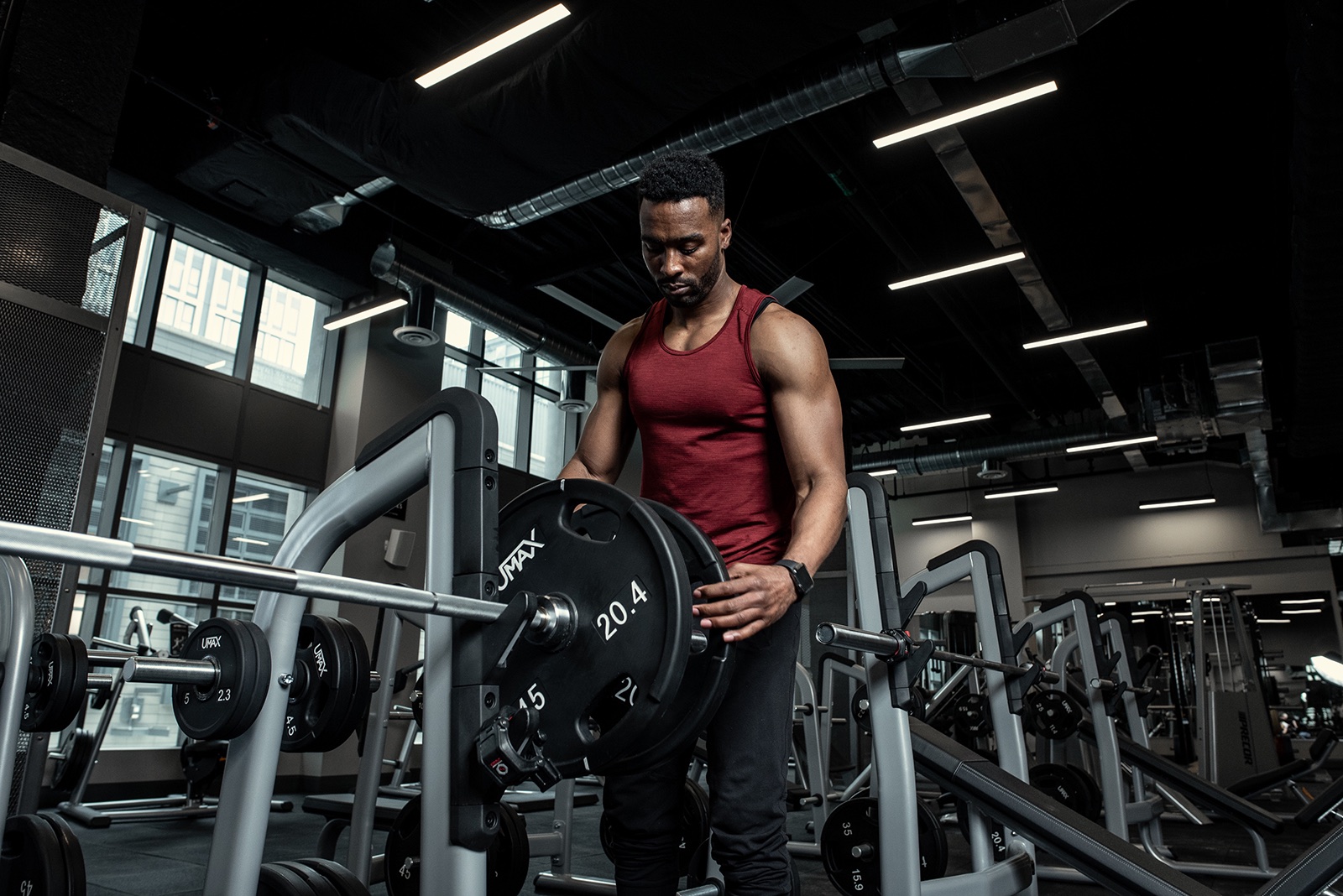 In May 2017, we got word of something big coming to the mixed-use East Market development. Something huge, in fact: 37,000 square feet of cardio machines, squat racks, free weights, group fitness studios, massage chairs, saunas, locker rooms, and chill space — all crowned with a gleaming panel of 30-foot windows looking out on bustling Market Street. (The tagline has been, “Why build a gym with 30-foot windows? Because we thought it would be amazing.”) City Fitness had announced its sixth location, and the local gym was hyping. the. space. up.

Fall 2018 // City Fitness East Market. . . . We’re building a gym with 30 foot windows because, frankly, we thought it would be amazing. Took my team on a tour of the space this afternoon, radio silence on images of the interior until we open – it’s going to be incredible, I don’t want to ruin it for anyone. 📷: @o__s__k__a__r

We were amped, too, even though City Fitness East Market wasn’t scheduled to open for at least another year. (Come on, have you seen those windows?!) Then spring 2018 came and went. In July, we heard the gym had planned a soft opening for September and a grand launch for October. Then the word was January 21 — but only for the early access passholders who had snagged free 30-day memberships when they became available back in August.

Now it’s the end of February, and, praise whatever deity you worship (or invent one for this moment), City Fitness East Market is finally open. Don’t get too excited: Those lucky folks with the free memberships are still the only ones who can use the gym. It’ll open to the public sometime in March (date still TBD). Vice president of marketing Tom Wingert says this has been the most difficult City Fitness gym to open, mostly due to the many construction and inspection delays, and he’s bummed the company has disappointed those clamoring for the new location for so long. “There’s been so much anticipation because we knew what we were going to be able to put here,” he says. “We’re super grateful for all the patience and hopeful that everyone will like it.” 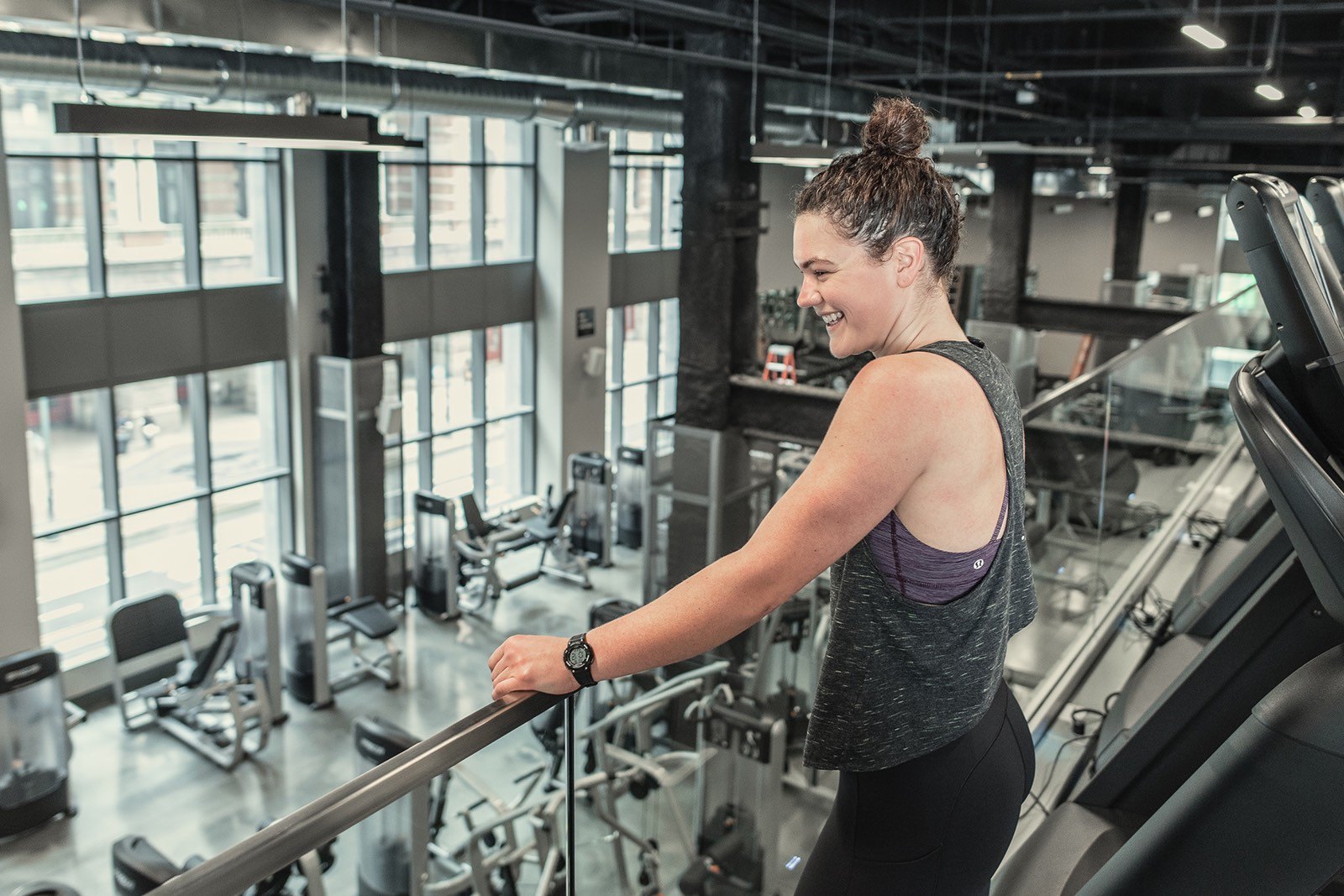 The mezzanine with the cardio machines looks down on the rest of the gym. / Photograph by Oskar Kalinowski/courtesy City Fitness

We, at least, do think the wait paid off. City Fitness East Market has quite the striking industrial vibe, with concrete floors and exposed ducts. Wingert says his favorite element of the gym is the floating staircase, which climbs from the ground floor of the building with the juice bar to the second floor (the gym’s main floor), and then up to the 8,000-square-foot mezzanine with treadmills, ellipticals, StairMasters, Max Trainers, and other cardio machines. “There aren’t many places in Philly where you’ve got that much open space to yourself,” he says. “You’re not restricted. You can just float.”

Our fave feature is another part that doesn’t really have to do with fitness: the glass-walled coworking space that makes it easy for members to work and work out without leaving the building. There’s a lot to love when it comes to the exercise areas and equipment, too — City First Fitness’ first full Queenax, a fitness jungle gym with a bunch of extensions that allow you to do everything from pull-ups to boxing jabs; elevated deadlift platforms that transfer minimal sound; and an enormous amount of open training space for people to customize their workouts with tools such as kettlebells or sleds. But Wingert says the focus on additional non-fitness amenities is intentional. “We want to build more places where people want to be,” he says. “We get that not everyone is a fitness enthusiast. We have the doodads. They’re expensive doodads. We can get all the doodads we want and jam them in a basement, and it doesn’t matter if it’s not a space that people want to be in.” 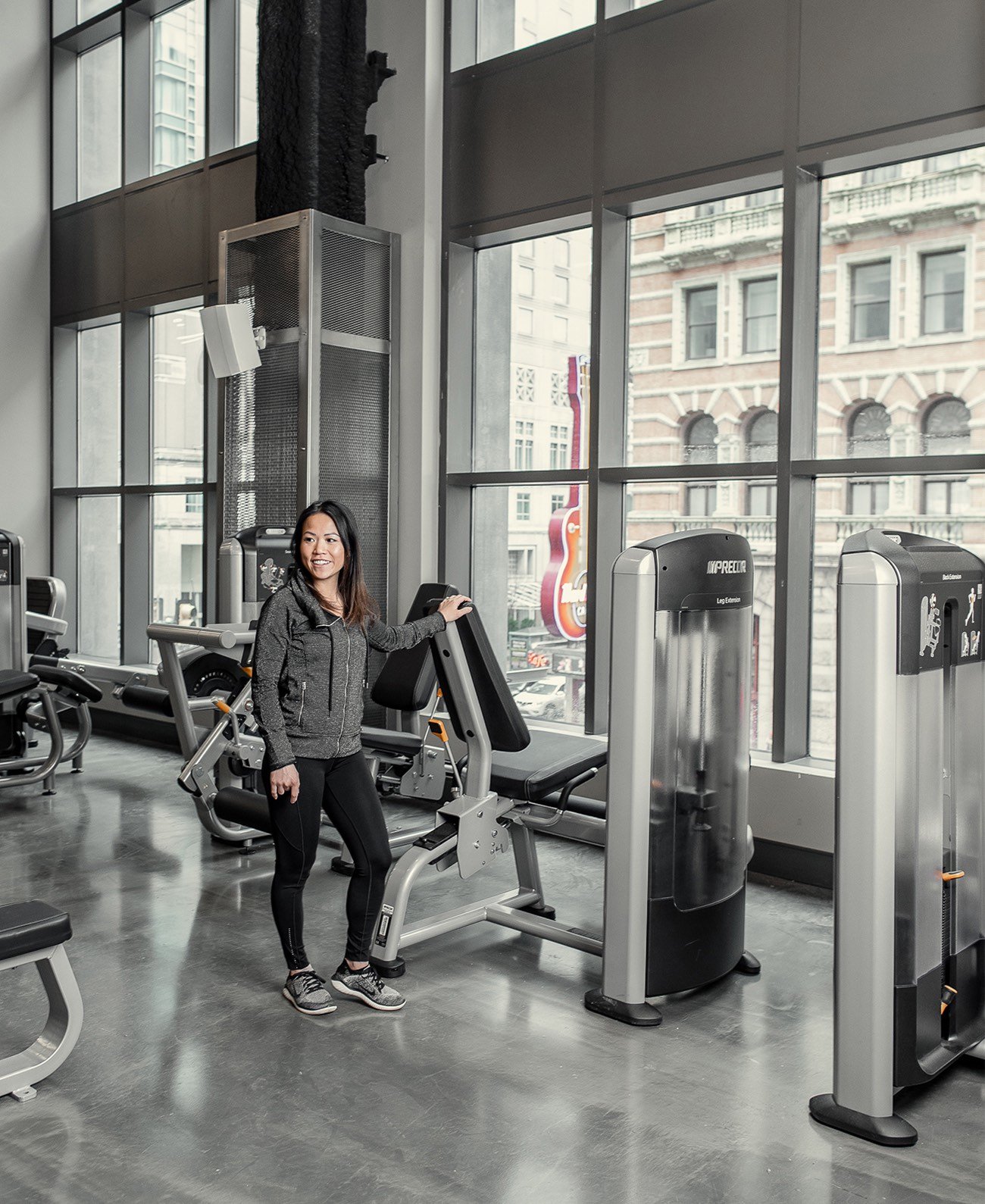 A glimpse of the famous 30-foot windows. / Photograph by Oskar Kalinowski/courtesy City Fitness

Good thing the East Market development as a whole is designed as a place where people will want to be. City Fitness joins luxury apartments, Iron Hill Brewery, Wawa, Mom’s Organic Market, Little Baby’s Ice Cream, and more — all aiming to make the area the city’s most poppin’ hood.