Pennsylvania's a hot spot for radon, which can cause lung cancer at high levels. That's why air monitoring company Airthings has teamed up with local partners to raise awareness. 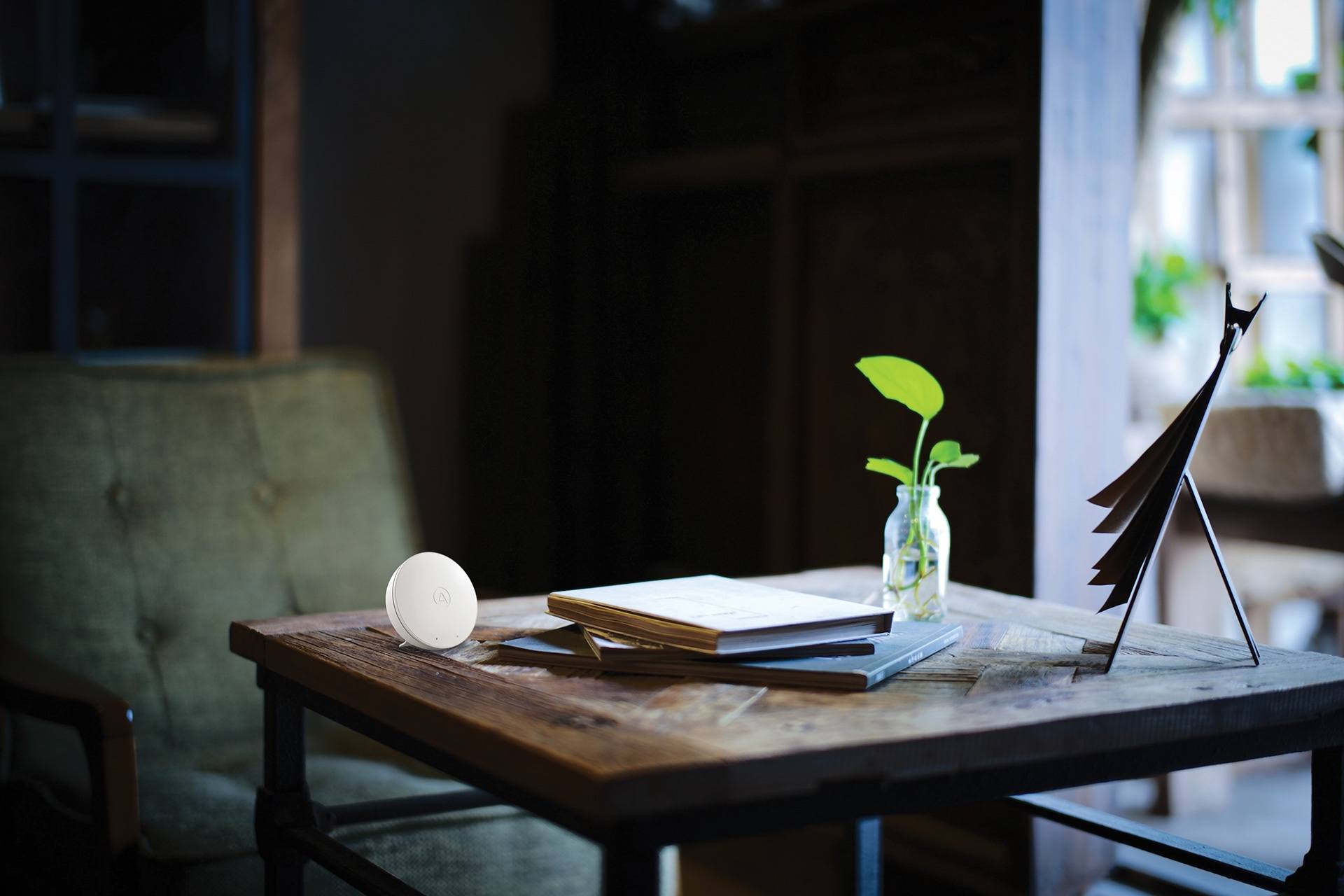 Airthings, a Norwegian company that makes indoor radon monitors, is teaming up with the Home Depot and the American Lung Association to raise awareness of the sometimes toxic gas. / Photograph courtesy Airthings

There’s a reason we all have carbon monoxide detectors in our homes: The toxic gas can cause memory, vision, and movement issues, and high levels of it can kill you. And since it’s colorless and odorless, we’ve accepted that we need technology to proactively sense its presence.

Radon — a radioactive element that forms as uranium breaks down in rock, soil, or water — is also a gas you can’t see or smell. It’s one of the top causes of lung cancer for those who don’t smoke and ups the cancer risk for those who do. And the Philadelphia region, because of its particular type of rock and soil, is a hot spot for elevated radon levels. One of the highest measurements of radon thought to ever be recorded in the United States was found in Lehigh County in 2016, and the Pennsylvania Department of Environmental Protection estimates that 40 percent of houses in the state contain amounts of radon above the level where the EPA recommends you take action.

“This is the radon belt,” says Nathaniel R. Evans III, the division director of thoracic and esophageal surgery at Jefferson Health. “The people in this area are more likely to be exposed to radon if they live in a place that hasn’t been remediated and they don’t know about it. And we live in a city with some of the highest smoking rates in the country, and smoking and radon exposure are additives — both of them together are worse than either one by itself.”

So why aren’t we Pennsylvanians raising hell about radon, demanding that detectors be put in every local basement? First off,  scientists and federal officials have had quite the debate about whether the EPA guidelines for radon levels are appropriate; some say folks aren’t actually at risk for cancer until much more radon has found its way into your home’s crawl spaces. (Yay?) But, in our state, where there’s a documented track record of undoubtedly dangerous levels of radon, that argument is less relevant. The main problem: A lot of people just don’t know what radon is, why it might be harmful, or how to address the issue.

Enter Norwegian company Airthings, which has partnered with the American Lung Association and the Home Depot to raise awareness of elevated radon levels and how to lower them. The three organizations are hosting their first event, from 11 a.m. to 3 p.m. Saturday at the King of Prussia Home Depot, with experts on hands from Airthings to explain more about the sometimes problematic gas, answer questions, and try to get you to buy one of Airthings’ indoor air monitors from Home Depot. (Check Airthings’ real-time radon map to see if your home is in an area that might need radon testing or mitigation efforts.) For every device bought, Airthings is donating $10 to the American Lung Association.

There will also be free food from Chewy’s Food Truck, fun giveaways, and a meet-and-greet with former U.S. Olympic hockey player Rachael Malmberg, who will chat with families about her diagnosis of stage IV lung cancer at age 31 and how she later discovered high radon levels in both her childhood and current home. (Note that it’s incredibly difficult to pinpoint the exact source of someone’s cancer — there’s often multiple factors involved — but radon does seem like a likely contributor in this case.) Malmberg has since received radiation and had 22 lymph nodes removed but also installed a radon mitigation system in her home.

Evans, the Jefferson doctor, has a radon remediation fan in his basement, too. But sometimes, addressing the issue can be as simple as opening a window to increase air flow. And, hey, fresh air could do us all some good.

The Airthings x Home Depot vs. Radon event will be held at the Home Depot at 181 South Gulph Road in King of Prussia this Saturday from 11 a.m. to 3 p.m.