After More Than a Decade of Planning, Kensington Will Get Its First Food Co-op

Kensington Community Food Co-op, a full-scale grocery store with a café and bar, will open on April 17th. 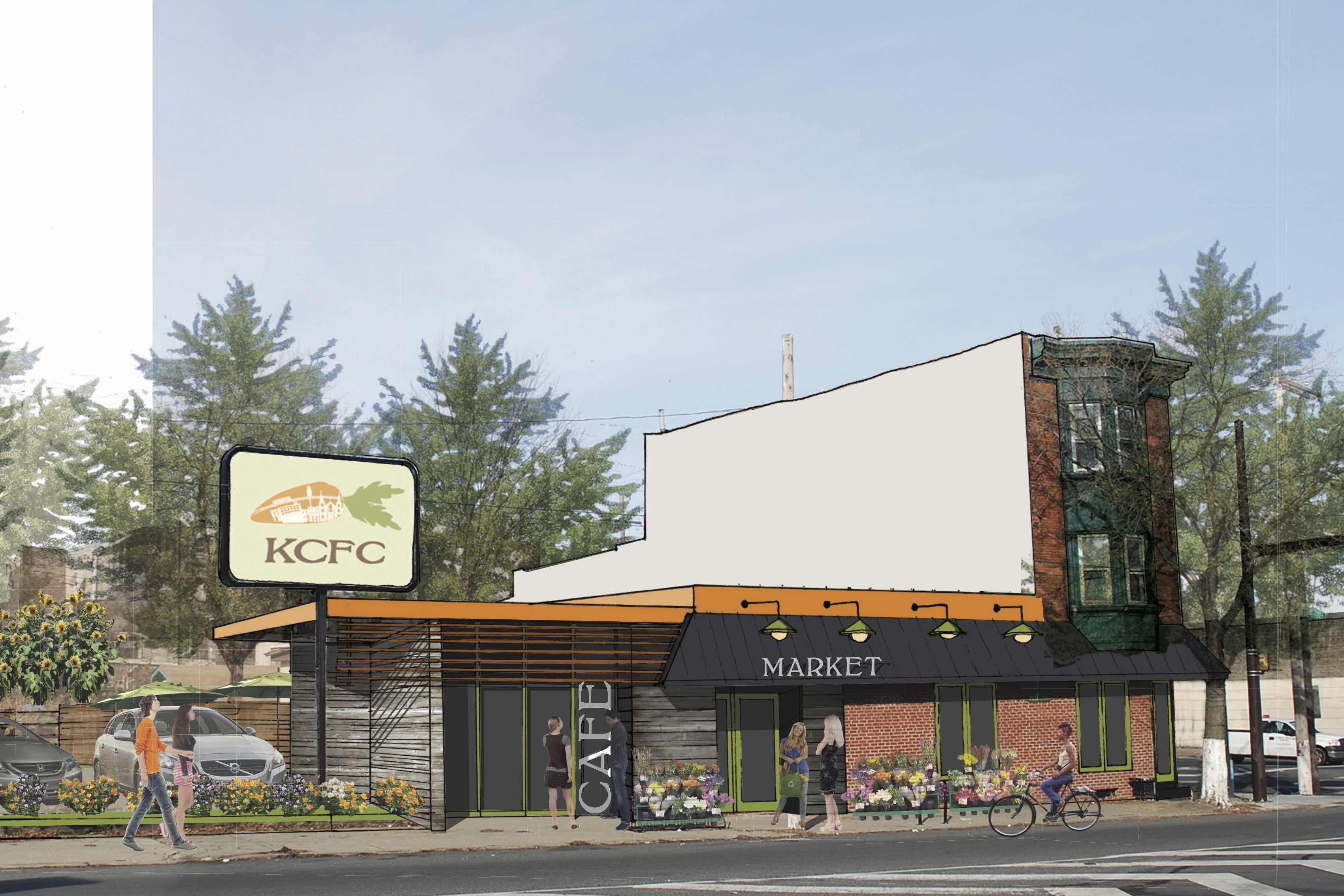 They wanted to do something positive for the neighborhood.

That was the initial goal of the folks who got together in 2008, worried that the upcoming SugarHouse Casino would bring negative impacts like traffic woes and increased crime to the River Wards area. At the time, these hardscrabble neighborhoods along the Delaware River lacked access to healthy, locally sourced food, so a few residents started buying goods in bulk and distributing them, reaping discounts on what would have otherwise been pricey foodstuffs.

Over the next 11 years, this small project would grow into a $1.9 million initiative to bring a member-owned grocery store to the people of Kensington, Fishtown, Northern Liberties, and Port Richmond. The idea? To sell quality local produce that would sustain area farms, educate shoppers on the food production process, and provide a gathering space for the community.

That vision will finally be realized when the Kensington Community Food Co-op (KCFC) opens on April 17th at 2670 Coral Street in Kensington. “It’s really inspiring to be able to step into the space and see walls being built around you after these things have been just an idea for people for so many years,” says Oren Eisenberg, a member of the co-op’s board of directors. “It’s a thrill I’m looking forward to many more people experiencing.”

KCFC will be a full-scale grocer, stocking everything from produce and canned goods to prepared foods and cleaning supplies. The co-op will source some goods directly from local farms, such as New Hope’s Solebury Orchards and Biglerville’s Beechwood Orchards, and well-known shops like ReAnimator Coffee Roasters. (It has also tried to hire local workers as much as possible.) Other products will come through fair-trade networks like Equal Exchange or distributors that connect organizations with high-quality food producers.

That may seem like wonky or unnecessary information, but KCFC considers this knowledge a first step in consumers understanding more about where their food comes from. “It’s not just about knowing your onions were grown in Lancaster or your milk or cheese comes from West Chester,” Eisenberg says. “It’s about helping to educate the customer why a higher price might exist, why you create this type of impact on the food system through the choices you make.”

Before you start making Portlandia references, KCFC also plans to offer stalwart brands (think: Heinz ketchup and Hellmann’s mayonnaise), creating a distinction between the co-op and other high-end grocery stores like Sprouts Farmers Market. After all, KCFC wants to serve the surrounding neighborhoods, and, at a fundamental level, that means accommodating different preferences and budgets.

They’ve tried to make the membership fee inclusive, too. A one-time payment of $200 gets you a lifetime household membership with benefits like rotating discounts at the co-op; additional deals at local partner businesses like salons, restaurants, and fitness studios; the ability to make special orders or request certain items; a vote for the board of directors; and opportunities to get more involved by volunteering or serving on committees on topics ranging from marketing to inclusivity or on the board itself.

However, KCFC — and its café and full bar, the first in a Pennsylvania co-op — is open to all shoppers, whether you pay the membership fee or not. But locals are clearly interested in becoming more involved with their local grocery store. More than 900 people have already signed up for the program, and members even loaned about $300,000 to KCFC to help get the co-op off the ground, success that Eisenberg credits partly to the precedent other local co-ops like Weavers Way Co-op and Mariposa Food Co-op have set. (Additional funders include the Reinvestment Fund, PIDC Philadelphia, and several family foundations.)

It’s important to remember, though, that handing over your $200 does not give you unilateral decision-making power. For instance, when the co-op’s Kensington location prompted conversations about the encampments of individuals experiencing opioid-related homelessness, opinions ranged widely. (City officials have shut all the camps down at this point.) “We had members that were very opposed to the encampments and had members that were providing those folks with food and tents and clothing to make sure they were making the best of that situation,” says Mike Richards, the general manager of KCFC.