Watch This Philadelphia CrossFit Star Compete on The Titan Games 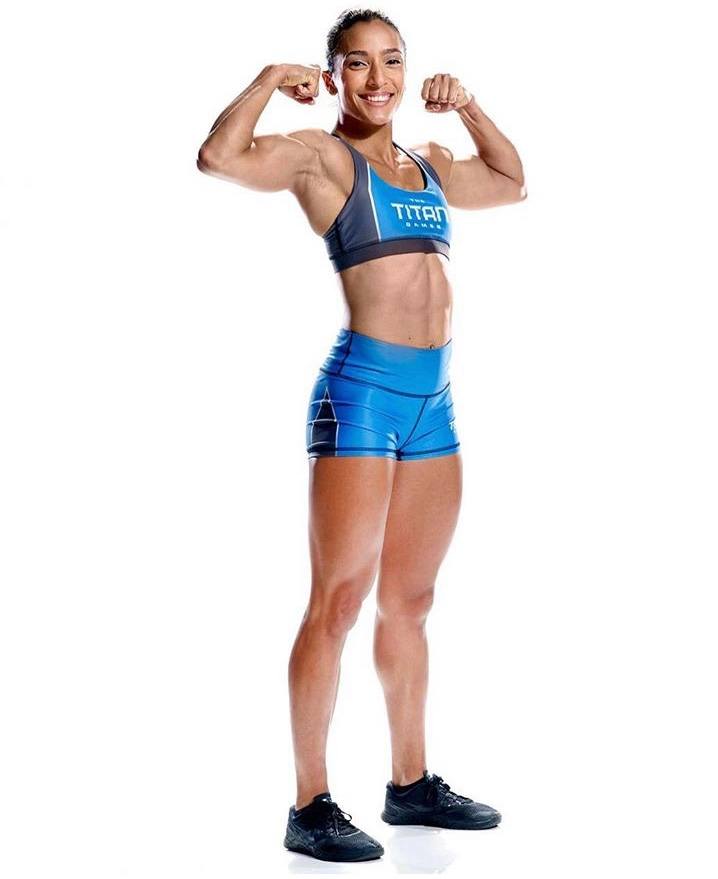 With American Ninja Warrior, NBC found the right formula of insane obstacle courses, compelling contestants (shoutout to our own Najee Richardson), and competitive spirit to get viewers nationwide to fall head over heels for the addictive fitness show. Now the network’s trying to make the magic happen again, with The Titan Games.

Hosted by our favorite jacked celebrity, Dwayne “The Rock” Johnson, the new series pits athletes against each other — man versus man and woman against woman — in several rounds of outlandish feats of strength. (Exhibit A is the cyclone, which involves swinging a 60-pound wrecking ball through the air and knocking over five two-story columns. It’s sort of like bowling if the ball were attached to a rope, and the pins were gargantuan.) Over the course of a season, the show will cut the field of 64 competitors down to just one man and one woman, each of whom will go home with $100,000.

That’s why we’re rooting for Melody Schofield, a 29-year-old who lives in Old City, manages the Graduate Hospital gym OpenBox Athletics, and crushes CrossFit competitions across the metro area. Coincidentally (and truly amazingly), the ripped athlete looks like a female version of The Rock, so much so that she’s been nicknamed “The Pebble.” Before her first episode of The Titan Games airs Thursday at 8 p.m., we chatted with Schofield about her training regimen, her American Ninja Warrior connections, and the rocky journey that led her to become a fitness savant.

BWP: What inspired you to try out for The Titan Games?

Schofield: I’m super competitive. I do CrossFit; I did American Ninja Warrior a few times (I had air time in season nine in Cleveland, but I did it in Philly twice, which were seasons eight and 10). I knew it was in my realm. And I’m a huge fan of The Rock. I think I sent in the application maybe January or February of last year, and then those of us who got called went out and did a combine with athletic testing to get a feel for what the actual show would take.

How did The Titan Games compare to your experience on American Ninja Warrior?

It was a whole ‘nother animal. It was bigger, very, very big. And a different type of competition — in Ninja, it’s you against the course. In this, it’s you against someone else. Your mentality going into it is, ‘I have to beat this person.’ It’s also a lot smaller-scale in terms of how many competitors are there.

How did you train for such an intense competition?

I felt like it would take a lot of strength and conditioning — a good engine — so I really upped my upper body strength stuff. I was doing a lot of pull-ups, accessory work, a lot of overhead pressing with weights. For my lower body, it was just strengthening my legs as much as possible: doing a lot of squatting. For my more intense workouts, it was a lot of HIIT. But I didn’t really know what to expect — none of us did — so I just tried to make myself the most well-rounded athlete I could be.

What led you to become a hardcore athlete in the first place?

I got sober August 23, 2015. Before that, I was in addiction for years. I knew that fitness was always my passion, but my addiction was obviously hindering me from becoming the best all-around person I could be as well as athlete. When I got sober, I went to treatment and started doing bootcamps for the other women there. I started doing spartan racing and then CrossFit and realized how beneficial fitness was — and also how similar my fitness journey and my recovery journey were. Because you have to be super consistent. You have to be 100% in, dedicated, committed to it. Setting those fitness goals was a huge part of growth in the beginning of getting sober. Now I’ve made it my entire life because it is my passion.

I’d heard The Rock was actually trying to find people with tough pasts to compete on The Titan Games?

Yeah, The Rock was definitely looking for people that just weren’t great athletes but really overcame some obstacles and worked through life things as well as becoming a great athlete on top of that. I’m super, super open about my recovery, so I talked about it a ton on the show. I always say, if it helps one person, it’s well worth sharing my story.

What advice would you give other folks trying to get sober?

Well, I currently only volunteer there once in a while, but in August 2016, I and a few other people started the Philly chapter of a gym for people in recovery that’s attached to a nonprofit called Phoenix Multisport. It’s super cool. But really, they should just focus on something else, something bigger than yourself, getting something accomplished during that day. You can always work out and always better yourself. I know how much it helped me so I love to share that with other people.

Watch Schofield on The Titan Games Thursday at 8 p.m. on NBC or stream the show on Hulu starting Friday.