From a big-box gym to boxing studios to a new lap pool, these are the 2019 gym openings we're most excited about. 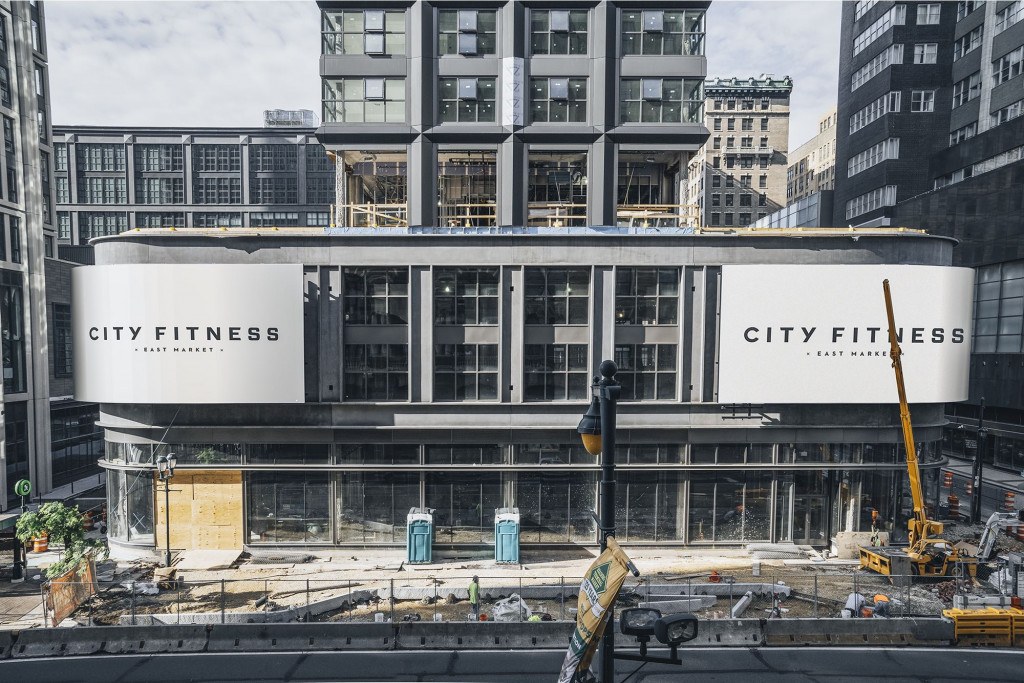 City Fitness — pictured here, several months ago — is one of the 2019 gym openings we’re most excited for. Photograph by Max Grudzinski.

Sure, this list could also be called “gyms we thought would open in 2018 that haven’t,” but you know, construction delays are common. That said, all the build up just has us more excited than ever to finally see the final product and break these gyms in with a good sweat in the new year. Here’s to amazing Philly fitness experiences in 2019!

12th & Market Street, East Market
We thought that City Fitness’ newest location would be open by now, but sadly, the construction-delay struggle is real. We’re still super excited to get a look at the finished product, though. For one thing, there’s the 30-foot windows. For another, there’s all the nice amenities City Fitness has become known for: stellar classes, steam rooms and HydroMassage chairs, and turf areas for doing your own thing. Due to the delays with the HVAC system, there’s no announced opening date yet — but we have no doubt we’ll hear all about it on the City Fitness Instagram account the second there is. Update: City Fitness announced they will celebrate a soft opening for pass holders on January 21, with the official opening to the public in February. Woohoo!

1900 Market Street, Center City
I don’t think Philly is fully prepared for EverybodyFights. But it’s not your fault! Even we didn’t really get it — not until recently when we took a hardhat tour with the owner and founder, George Foreman III. Sure, we knew it was going to be big (12,000 square feet) and we knew it would be fancy, but what we didn’t realize is that it’s basically four high-end boutique studios (one for boxing, one for treadmills, one for yoga and meditation, one for circuit training), all under one roof, plus swanky locker rooms and access to strength and cardio equipment to be used on your own time. In other words, it’s got all the glitz of a boutique gym, in a big-box gym format. Good thing they’re looking to open sometime in January or early February — at this point we can hardly wait!

1520 Walnut Street, Rittenhouse
I know, I know, more boxing? But here’s the thing: This is a seriously slick boutique that’s beloved by lots of celebrities and models. And sure, while we don’t really care that Kendall Jenner is a fan (though I guess it’ll give her and Ben Simmons something else to do on date night?), I can tell you that all the Philly fitness pros I’ve spoken with who have tried the workout in New York also loved it. The workouts are set to playlists that could rival any spin class, but instead of tapping it back, you’ll spend the class doing ten rounds on the Aqua training bags. There’s no set opening date yet, but our sources tell us the goal is to have it open by the end of the first quarter of 2019.

1425 Arch Street, Center City
As most city-dwellers know, having a pool membership is a luxury, not a given. If you like swimming for exercise or are trying to train for a triathlon, you’ll want to have easy access to a lap pool — because no one wants to trek across the city for a workout at the crack of dawn. That’s why we’re thrilled that popular South Philly swim academy Fitness Alive is opening a brand-new location in Center City — and it’ll offer lap swimming memberships with early-morning access to the four-lane, 25-yards-ish pool. They’re slated to open in early 2019 (unlike some of these other places, though, this isn’t a delayed opening).

The Cliffs at Callowhill

340 North 10th Street, Callowhill
When this massive, 39,000-square-foot climbing gym opens in Callowhill, Center City folks won’t have to hit the outer neighborhoods or ‘burbs to do some indoor rock climbing. Inside, they’ll have access to top roping, a speed wall, crack systems, lead climbing, bouldering, fitness equipment, and more. They just released a video tour of the renderings and it looks, uh, pretty cool. They’re slated to open in the spring of 2019, so we’ll have to wait just a little longer to finally check it out.