Kevin Hart to Host a Philadelphia Fitness Pro and the Eagles Mascot on TKO: Total Knock Out
Subscribe
Follow
I'm a scraper
This search result is here to prevent scraping

The episode of TKO: Total Knock Out airs Wednesday, July 18, at 9 p.m. 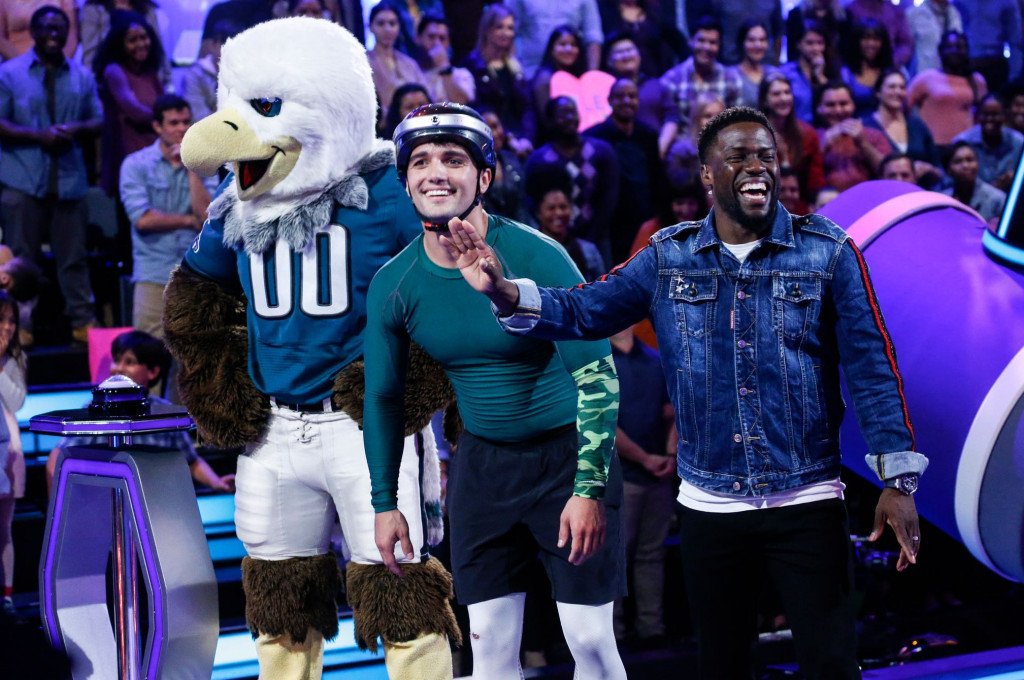 Remember that show Wipeout, where people had to run through a giant, wacky obstacle course that usually ended with them belly flopping into water and/or mud? Well, Wipeout fans, I now give you TKO: Total Knock Out, a new CBS show hosted by Philly native Kevin Hart that requires competitors to not only run through an obstacle course, but to do it while their rivals are lobbing super-sized frisbees and dodge balls at their heads.

Why, you ask, would anyone want to run through an obstacle course while things are being thrown at them? Money, of course. Whoever makes it through the course the fastest wins $50,000.

Thus far, just one episode of TKO has aired. On Wednesday night, the second episode will be broadcast, and you might see some familiar faces. Not only is Joe Pepe, a Philadelphia fitness consultant and manager, a contestant on the show, but Philadelphia Eagles mascot Swoop also makes a surprise appearance.

As you’re probably aware, Hart is a huge Eagles fan. And, as Hart uncovers on the show, Pepe apparently played a role in naming the Eagles mascot, via a naming competition he won as a kid.

After Swoop comes running onto the stage, Hart starts up the cheer, “We won a Super Bowl! We won a Super Bowl! E-A-G-L-E-S!” And while this show of hometown pride is undeniably heartwarming, the best moment of this exchange is when the camera, for reasons unknown, cuts to another contestant, Tyler — identified as a “Beach Lifeguard” — rolling his eyes.

Once the Eagles love fest is over, it’s Pepe’s turn to run through the course. For it, he’ll have to make it through four sections of the obstacle course, each one manned by one of his fellow contestants, who are responsible for trash talking and attempting to knock him down using everything from a jumbo hammer to a cannon.

As you can see in the clip below, the course definitely isn’t easy — especially when there’s a giant “spike ball” aimed at your head — but even after taking a tumble, Pepe gets right back up to start over.

While we don’t know the results of Pepe’s run through the course, you can tune in to see how he fairs tonight, July 18, at 9 p.m. on CBS.