Amtrak's Baltimore and Chicago stations are also on the list to get Mamava lactation suites this summer. 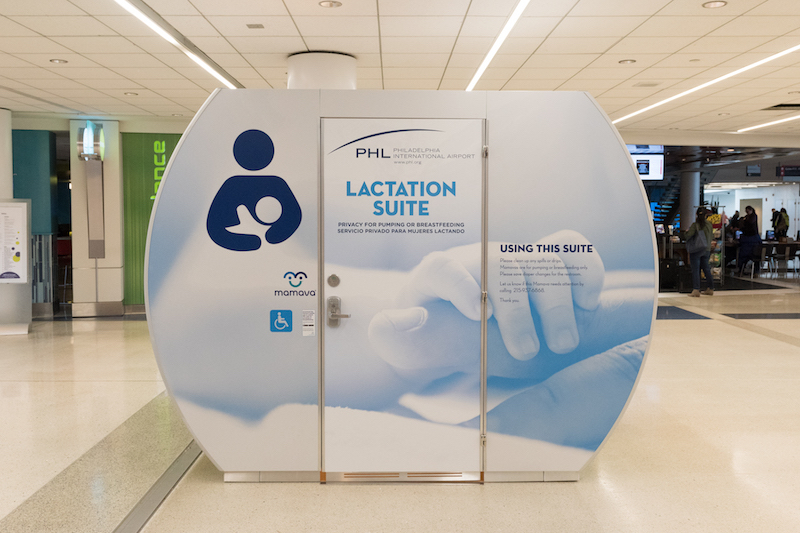 Guess what, mamas? Soon, you’ll no longer have to search high and low for safe, clean, private places to breastfeed or pump while traveling on Amtrak. Nor will you have to wonder where to go after taking a train to New York or DC.

While women can totally breastfeed wherever they want — at least in 49 American states, Pennsylvania included — some women may prefer to breastfeed or pump in private. The Mamava pods — which are ADA compliant and five-by-nine feet in size — have benches, a locking door, an electric outlet to plug in a pump, a fold-down table, and enough space to bring in luggage, strollers, or other little ones in tow.

They’re rent-free, too. Women just need to use the Mamava app to locate, book, and unlock the door of the pods using Bluetooth.

“These new lactation suites demonstrate Amtrak’s ongoing commitment to better accommodate the needs of our customers and their families while traveling with us,” said Amtrak vice president of stations, facilities, properties and accessibilities David Handera in a press release. “It is important for Amtrak to provide mothers with a secure, clean, dignified, and private space.”

This announcement comes just a few months after Philadelphia International Airport announced the addition of a Mamava suite in Terminal F. It also comes less than a year after a pair of Philadelphia mothers made headlines with their petitions for the addition of lactation facilities at 30th Street Station and DC’s Union Station.

The new Mamava lactation suite is now open at Union Station, and Amtrak plans to install the pods in their Philadelphia, Baltimore, and Chicago stations “in time for summer travel season.” A fifth suite is scheduled to open at New York’s Penn Station early this fall.

“We’re thrilled to support breastfeeding mamas at Union Station,” said Mamava co-founder and CEO Sascha Mayer, in a press release. “We believe that all mamas deserve a comfortable place to use a breast pump or breastfeed distraction-free — anywhere, anytime.”