This Philly Runner Wants to Change the Conversation Around Eating Disorders

There's no one "look" to eating disorders. 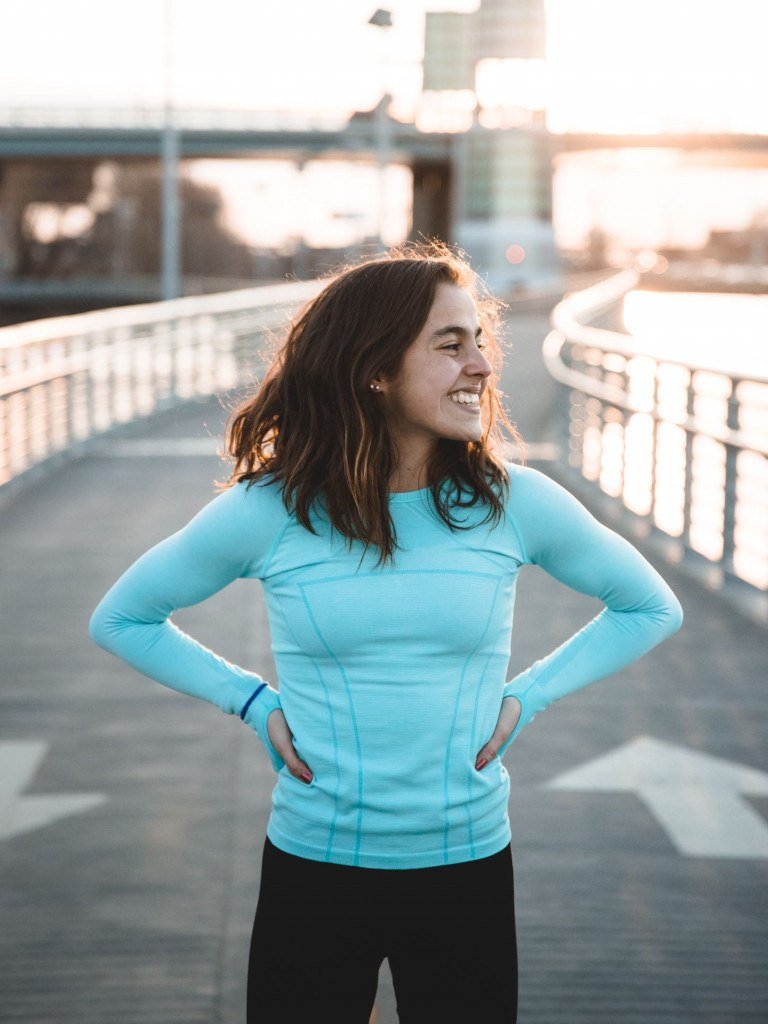 Philadelphia-area native Anna Chiodo Ortiz is happy to talk about her battle with eating disorders. She’s transparent with her followers on Instagram — where she gives glimpses of her life as a track and cross country star at Bucknell University — about the fact that she struggles with body image and her relationship with food.

So when a reporter from Caters News Agency, which is based in the UK and sells stories to newspapers and magazines, reached out to Ortiz in March about an article on anorexia recovery, she was game. She told the reporter about her first experience with anorexia nervosa in the eighth grade, and her battles with it since then, leading up to the present day, with her worst bout of anorexia this past fall during her junior year of college.

However, one part of her story she didn’t want to share was her weight. She told the reporter she’d rather focus on the mental side of her battle — not the physical.

But, according to the reporter, people wouldn’t care about a headline on eating disorders and mental health.

“Unfortunately, in the market that I write for (the British newspapers), the readers would not be interested in a headline that focuses on the mental health side of anorexia,” the reporter wrote back. “They would  have to be intrigued by an extremely low weight and some shocking photos first. Then as they read further down, they would hear about the mental aspect of the eating disorder.”

In response, Ortiz told the reporter that formatting the story this way went “against everything I preach and everything I support.” She hoped the reporter would write back and agree to take a different direction, but instead, her story was killed. (Requests for comment from the reporter and Caters News Agency were not returned.)

“If I wanted to provide the media with more shocking pictures of an anorexic girl I could,” says Ortiz. “But what purpose does that serve? It simply feeds into the stigma and stereotypes around certain eating disorders. It does not approach the mental side to it whatsoever, but instead focuses on what an anorexic ‘should’ look like.”

Ortiz knows firsthand that an increase on the scale doesn’t mean someone is cured. After her first encounter with anorexia in the eighth grade, she met with a nutritionist and therapist for months. When she was back to her original weight, she stopped seeing the professionals.

But while she looked healed on the outside, her fight continued. She remembers sneaking upstairs to the bathroom after every meal, scabs on her knuckles from where they’d scrapped against her teeth, a blood vessel popping in her eye from the force of her purging. Finally, weary of the lying and the pain, she told her mother that she was bulimic.

“I’m not sure what made me do it. I guess I was just so exhausted,” says Ortiz. “I felt terrible. My nose would bleed every time I purged, my throat burned, I just couldn’t do it anymore.”

She started seeing a nutritionist again, and while the counseling has helped, Ortiz still doesn’t consider herself fully recovered. She made a renewed commitment to her recovery this past winter and says she’s determined to “beat ED once and for all.”

Ortiz’s story is just one example of how easy it is to paint eating disorders one way, and how media can perpetuate an image of what eating disorders are “supposed” to look like. Theresa Shank, a Philadelphia registered dietitian who specializes in eating disorder counseling, says that publishing shocking before and after photos as a snapshot of eating disorders can make it harder for some to get the help they need.

“The ‘shocking images’ the agency was looking for may negatively affect those who are currently suffering from an eating disorder,” says Shank. “Images on the internet may not look like them, therefore [they think] maybe they don’t have a problem and the cycle continues.”

We’re finally in a time where everyone from Miley Cyrus to J.K. Rowling is opening up about struggles with mental health — and being applauded for it. On Instagram — which has been criticized as a platform for people’s highlight reels — transparency and “being real” can now earn you more likes than a shallow, pretty picture.

But even though mental health is getting more air time, Ortiz’s story is proof we still have so far to go in how we talk about what healthy looks like — and realizing that someone who looks healthy on the outside isn’t necessarily well on the inside.