This Stray Dog Has Been Returned to the Shelter Twice

Who wants to give this adoptable dog the love and training she needs? 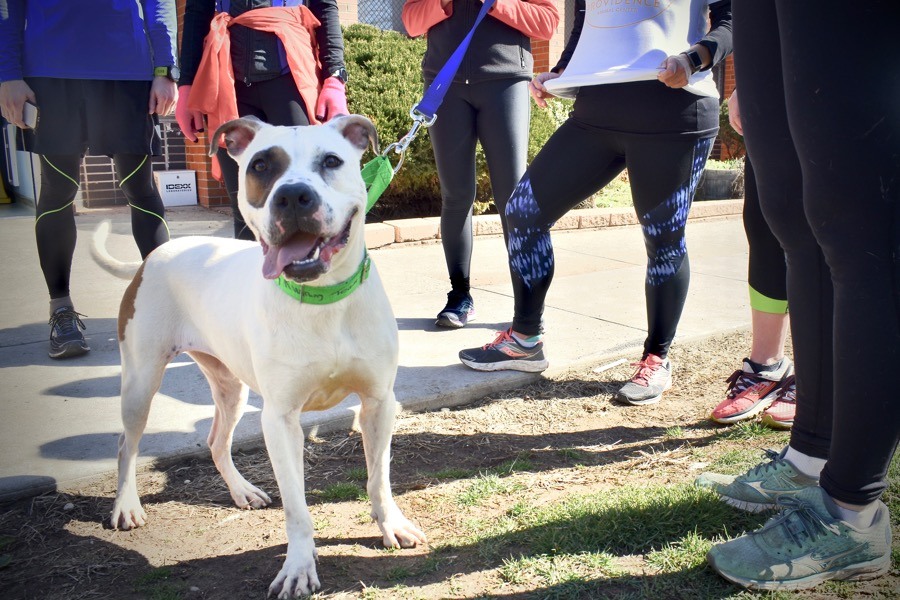 Photograph courtesy of The Monster Milers.

Humans spend their lives looking for “the one” — and by that we mean the dog they’re going to treasure every day of their lives. If you’re on the hunt for your own furry companion, I’d like to introduce you to Treasure the dog!

Treasure is a one(ish)-year-old pupper, of the pit-bull-terrier descent. She was found as a stray in October of 2017 and brought to ACCT Philly. Since then, she has been adopted twice and returned both times because, well, this gal has a lot of energy. But man, does she have a heart of gold.

She’s a great runner that will match your speed, whether it’s fast or slow — and she’s a natural-born leader who loves to be at the front of the pack. Treasure is treat-motivated (aren’t we all?) and already knows a few commands. Plus, she definitely has the capacity for learning more — she just needs a family that will be patient with her training.

In addition to being utterly adorable, Treasure will make you laugh — she has a deep passion for toys and loves being a tease during a game of fetch. Read on for more info on this fuzzy sweetheart — she’s ready to be your fur-ever running buddy. 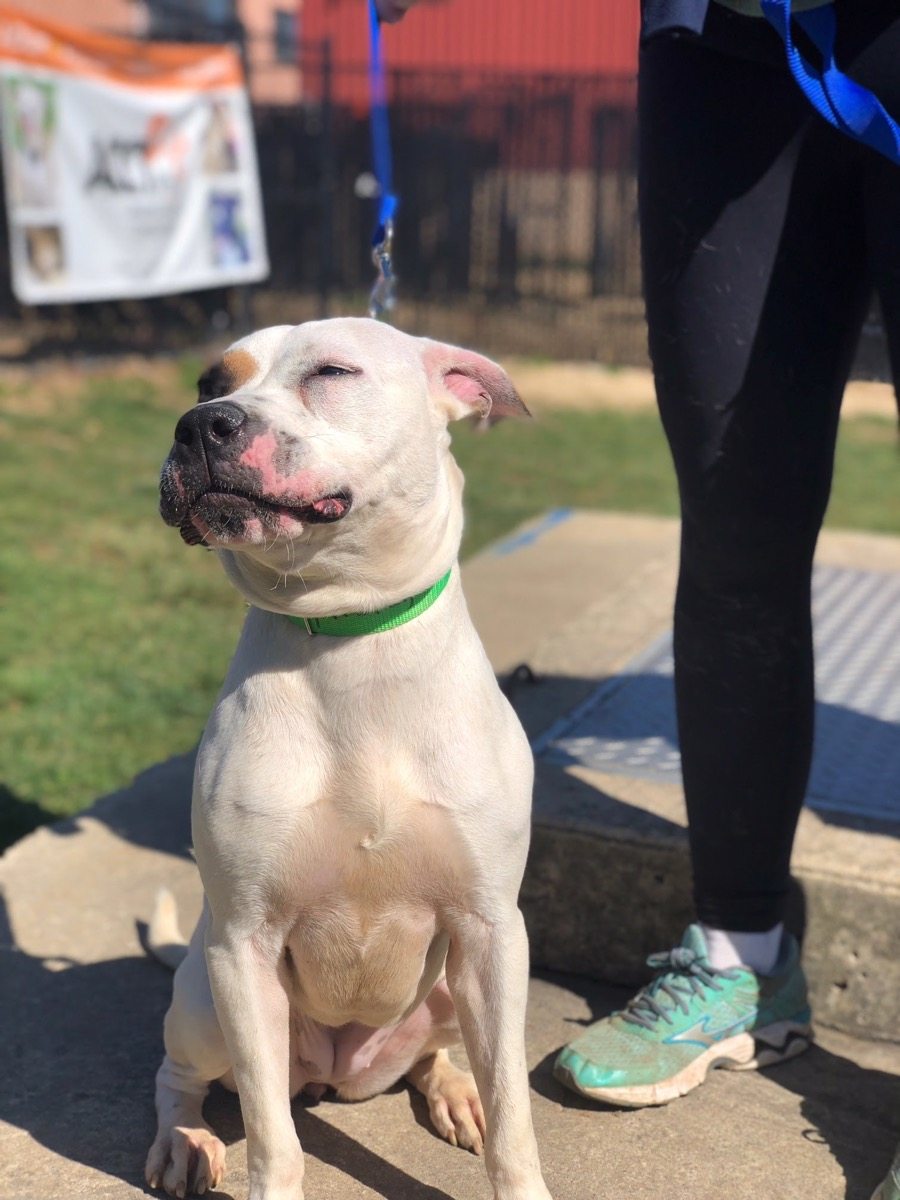 Photograph courtesy of The Monster Milers.

Age: Around one year

Background: Treasure was originally found as a stray in October 2017. She was adopted but returned four months later because she’s an energetic gal. Back at ACCT, she was adopted again but returned again after a week because her owner didn’t have time to train her.

Running style: Treasure is ready to be your long distance buddy! Once she gets in her groove after a few minutes, she’s a pretty straight runner. Treasure will slow down or speed up to match your speed. Like many dogs, she is interested in the world around her so you may get in some fartleks if she sees a squirrel, but we consider that speed training. Treasure can already run a couple of miles and we think she can build up to many more.

Why Treasure should become your new running buddy: Besides being a great motivator to lace up and hit the road, Treasure is a funny dog that will keep you laughing. She already knows “sit” and is treat-motivated, and she has a lot of potential to learn. Treasure needs a home that will invest time in some basic training and won’t give up on her again. With some structure, patience, and consistent exercise, we know she has the potential to be a great family pet.

How to adopt: She available for adoption at ACCT Philly and her ID is A36709072 . ACCT Philly is open for adoptions seven days a week. You can visit anytime during their adoption hours (weekdays 1pm until 8 p.m. or weekends 10 a.m. until 5 p.m.) for a meet, or reach them at adopt@acctphilly.org or 267-385-3800. If you choose to go in person, be sure to bring the family and any resident dogs.