A panel gathered to discuss diversity and inclusion of people of color in Philly's wellness scene. 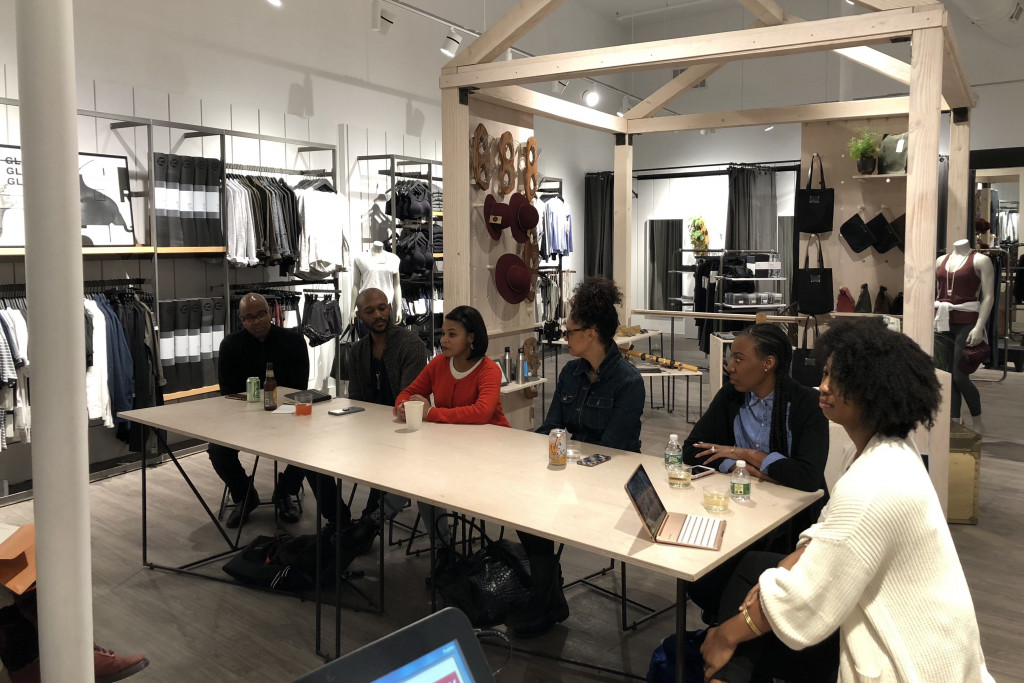 On Thursday night at the Lululemon in Fishtown, a young woman addressed a crowd. She’d told them she’d moved to Philadelphia from the Washington, DC area a week ago. Upon arriving, she’d immediately asked around, looking to plug into the Black wellness community, only to be told there was none in Philadelphia.

She didn’t believe it. She reached back to her community in DC who directed her to follow Philly yogi and artist Jean-Jacques Gabriel on Instagram. Through his Instagram account, she’d found out about that evening’s event — which was in part addressing the very misinformation she’d been given.

The event was a panel discussion on “diversity and inclusion of people of color in the health and wellness community in Philadelphia.” The lack of diversity in the health and wellness world is a problem that’s been around for a long, long time. But it’s finally starting to get attention on national platforms. Take this Fast Company article, which highlights studios that are working to bring yoga and wellness to underserved communities. Or this letter from the Self editor-in-chief, acknowledging the magazine’s “long and very white” history — and her desire to do better. 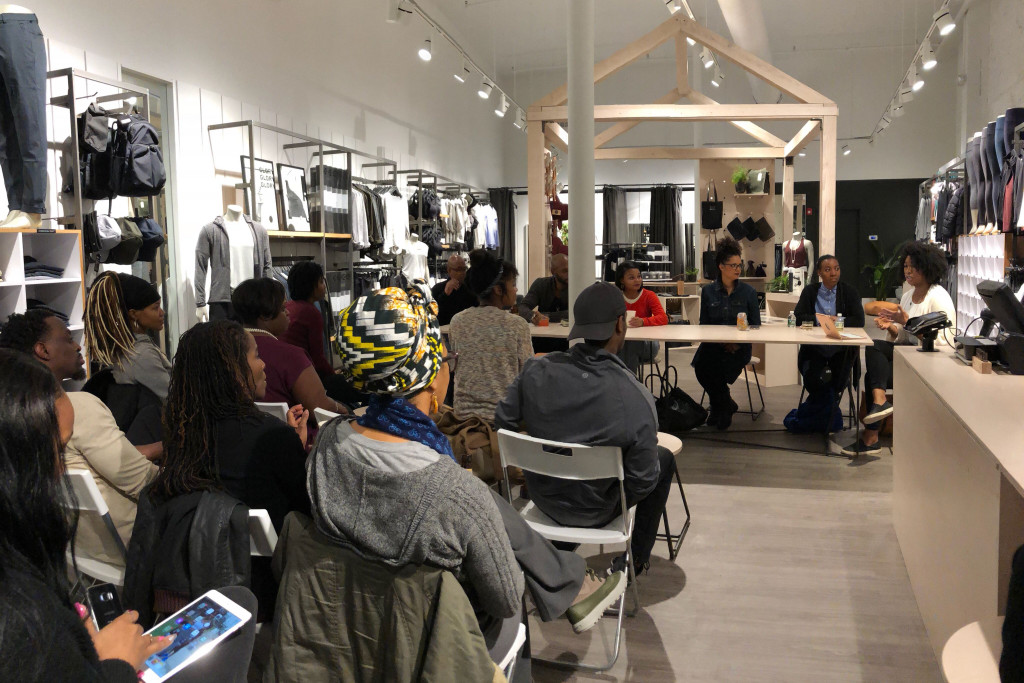 Thursday night’s panel was a chance to take that national conversation to the local level.  The discussion was moderated by Adriana Adelé, a yogi who teaches at studios around the city, who guided the conversation to cover everything from what drives an image of wellness in America to what it was like to provide emotional care for non-people-of-color clients following the November 2016 election.

Early in the conversation, the panel established that the image of wellness in America is reflective of the mainstream in America: wealthy, thin, and white. Gardner summed up fitness videos’ diversity problem, saying, “There was always one [person of color]. Never in the front. Never teaching.”

But a lack of diversity isn’t just present in media and marketing — it’s also an issue in the studios themselves. When Gardner started at Flywheel, she says she knew she was going to be the only Black person in the room. When Adelé started yoga, her thought at the time was, “I don’t know if Black people do yoga, but I’m going to go in and try.” It wasn’t until she came across yogi Faith Hunter that she felt there were others like her out there.

It should go without saying that representation is important: If you don’t see someone who looks like you doing something, it can make you think that thing isn’t for you. Gabriel said that in some cases, he’d decided not to go to an event, but then changed his mind when he realized who would be in the room. Seeing people who look like you “allows other people to feel like, Oh I can do that,” said Gardner.

A desire for more inclusiveness and access has led several of the panelists to create safe spaces explicitly for people of color — such as Adelé’s self care workshops for women of color or Gabriel’s yoga retreats for people of color — places where those who think these activities aren’t for them can be surrounded by those who prove that they are.

But one way they’re all working to make wellness accessible to people of color is through Instagram. Whether that be by showing themselves working towards a healthy lifestyle or by posting about events — like the one held last night — Instagram is an immediate and global way to show people of color engaging in wellness. And the effects are undeniable. The young woman — who was so new to town she hadn’t even discovered Fishtown yet — had used Instagram to find Philly’s Black wellness community.

By the end of the evening, audience members were calling for similar events in the future. Someone suggested the panel put together a podcast, or livestream the next discussion so more could engage. The consensus: this conversation is far from over. But should there be more events like this one in the future, clearly best way to find out about them is via Instagram. So go ahead and follow the panelists; their handles are below.