This Philly Baker’s Side Hustle Is Gluten-Free Donuts

And they're having a donut pop-up this weekend! 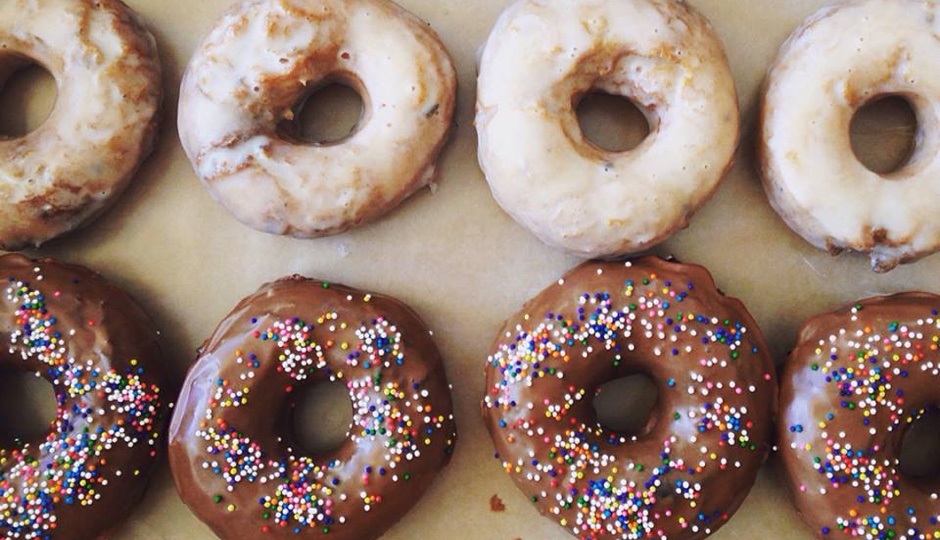 For folks sticking to a gluten-free diet, getting your hands on a donut can be akin to finding a needle in a haystack. That’s where baker Carol Ha’s gluten-free donut pick-up and delivery biz, Okie Dokie Donuts, comes in.

Ha, currently a baker at Walnut Street Cafe, whips up decidedly gluten-free confections on the side, despite not adhering to a gluten-free diet herself. Okie Dokie Donuts started a few years ago when Ha started baking for her friend’s family, all of whom were allergic to gluten. Word got around that her donuts were bomb, and soon she was making gluten-free donuts for more than just her friends. Ha, who worked in security at the Philadelphia Museum of Art for 13 years, decided to follow her passion — pastry — and moved out to Utah to learn pastry making, at the urging of a friend who was out there. (Inspiring career change, eh?) Now, she’s back in Philly and has had Okie Dokie Donuts back up and running as a side gig since February.

Ha’s cake donuts — which, if her Facebook reviews are to believed, are indistinguishable from the gluten-filled guys you usually find — are made with a blend of potato starch and rice flour that’s she’s tweaked to perfection over the past few years. “I try to make sure you can’t tell they’re gluten-free. That way everyone can enjoy them,” she says. The flavors are delightfully different (think: chili-lime with a dark chocolate glaze, lavender-lemon, and occasional boozy donuts (dark and stormy, for instance), and they’re all made at a commissary kitchen in South Philly. Ha notes that the kitchen isn’t a certified gluten-free facility, but she tries her best to eliminate any risk of cross-contamination.

So, how can you get your hands on one of these creations, you ask? Well, right now you can order through Ha by phone or email ($12 for a half-dozen donuts, $20 for a dozen, available by pick-up in South Philly, and delivery in some cases), or you can find her donuts at Fishtown’s Monkey Club on the weekends. Ha is also teaming up with Manatawny Still Works for a pop-up at their East Passyunk tasting room this Sunday, October 1st, where she’ll be selling individual donuts for $2 from 12 to 2 p.m.

Right now Okie Dokie Donuts is a side hustle for Ha, but the end game is to have a donut truck or a small brick and mortar donut shop. “I just love making people happy, and nothing makes people more happy than a donut,” she says. Amen to that.