Cyclists, Rejoice: The Ben Franklin Bridge Is Getting a Major Upgrade

A ramp for pedestrians and cyclists is coming to the Camden end of the bridge. 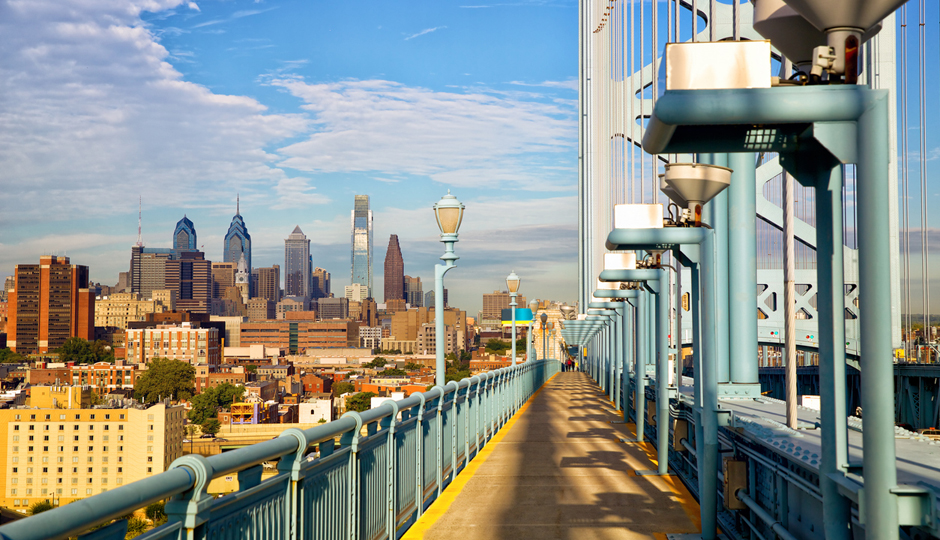 It’s been a good couple of years for pedestrian-and-bike bridges and walkways around these parts: We got the Manayunk Bridge, then Sullivan’s Bridge, both of which connect runners, pedestrians and cyclists to more trails across the Schuylkill. And the good news keeps coming: The folks at the Bicycle Coalition of Greater Philadelphia announced on their blog earlier this week that the Delaware River Port Authority has approved a contract for the construction of a new ramp for pedestrians and cyclists on the Camden end of the Ben Franklin Bridge.

This is particularly exciting for cyclists because, as Jason Laughlin over at Philly.com points out, right now, when riding the bridge from Philly to Camden, cyclists are met with about 25 feet of stairs in order to actually get to the street. This means that many folks bike the length of the bridge and then turn right around, rather than venturing into Jersey. As the Bicycle Coalition’s John Boyle told Philly.com, “This is one of those important junctions that needs to be in place for the circuit,” as in the Circuit Trails, a growing network connecting hundreds of miles of trail, “to actually function as a trail network.”

According to the Bicycle Coalition, the project is expected to cost upward of $9 million, with construction beginning in the fall. During the year-and-half stretch that the walkway is expected to be under construction, pedestrians and cyclists will use the bridge’s North walkway.