This Make-Ahead Oatmeal Saved Our Lives

That’s an exaggeration, but prepping a week’s worth of breakfasts all at once is a game-changer for this new dad. 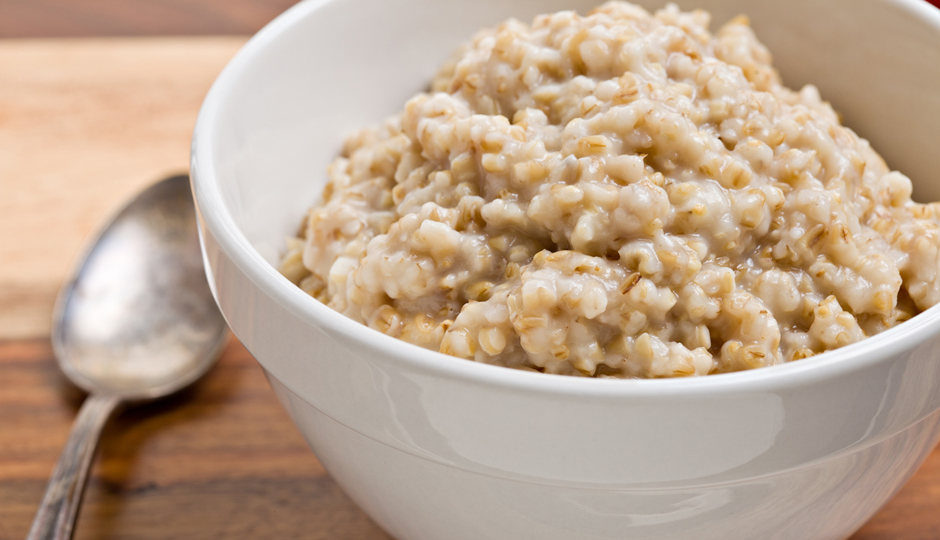 If I’m going to be honest, I’ll admit that I’d always seen oatmeal as the homework of breakfast. On one hand, It’s definitely the healthiest option on the brunch menu; on the other hand, it’s oatmeal: mushy, squishy, gooey-gluey. I’d never chosen to eat oatmeal (cookies notwithstanding) without a twinge of oughta reverberating in my frontal cortex.

Then one day my pregnant wife sent me a recipe from The Kitchn for oatmeal that you can — get this — make a whole week’s worth of at once. It seemed, honestly, insane. “That’s bonkers!” I thought. “Wouldn’t it just turn into a giant cauldron of pasty gloop?” Memories of dining halls and motel breakfasts flooded into my head. I was not a believer. I ignored the ridiculous recipe. My wife rolled her eyes.

Then she and I welcomed our first child — and along with the transcendent joy of snoogling with your just-born progeny came the crippling sleep insecurity that accompanies a squalling newborn. All of a sudden, the idea of making, like, five days of hearty breakfasts in one shot was super appealing. In an act of groggy desperation, I retrieved that recipe from my chat history and prepared to disregard the laws of grain physics as I understood them. I forced myself to believe that cooked oatmeal might not turn to gruel over the course of a week.

I quickly discovered that there was a lot I didn’t know about oatmeal. For instance, the magic ingredient in this recipe isn’t magical at all; it’s the “steel-cut oat.” I had known for decades that a “steel-cut oat” is a thing that exists. You see it around. It sounds fierce on a menu. During those years I had accumulated zero knowledge of what a steel-cut oat was; why someone might cut an oat; to say nothing of how you might cleave one. All I knew was that steel-cut oats took for-goddamned-ever to cook and therefore I was not interested.

But here’s the thing: Oats as commonly conceived of in popular culture are of the ovaloid rolled variety—they’re steamed then flattened so that they cook faster. And this processing is what makes them get gloppy if they sit too long at all once they’ve been cooked. But actual wild oats, also known as groats, look more like rice or barley, and uncut they really take forever to cook. They’re more commonly fed to animals than humans. Steel-cut oats are those ricey bits cut into a few pieces to preserve the nutritional value while shortening cook time a bit. And when you do take the time to cook them, the result is a heartier, nuttier, toothier breakfast cereal than the instant bagged variety Quaker’s conditioned us to consume.

Make no mistake, this life-changing oatmeal recipe does take a long time to execute, but what’s brilliant is that, save for 10-15 minutes up front, you can sleep through most of it. It’s really as simple as this:

In the morning, you’ve got a giant pot of oatmeal. You’ll need to stir it up a little. Spoon a bit into a bowl, mix in some milk and whatever fixings you like, microwave it for a couple of minutes and you’ve got breakfast. Good, filling breakfast. Pop the rest in the fridge and repeat throughout the week. Sometimes we’re ambitious and portion it into grab-and-go containers. Sometimes we just put some tinfoil over the pot and throw it in the fridge.

My wife and I usually add some combination of maple syrup/brown sugar, dried fruit/trail mix and cinnamon/vanilla, though we’ve experimented with savory varieties incorporating cheese, bacon, scallions and the like. I’ve recently started added flax and brewer’s yeast — they’re supposed to support lactation — to aid my wife’s breastfeeding efforts.

I feel like a religious zealot when I talk about this recipe. I mean, it’s just oatmeal, right? But it’s just that good. We make a batch of this every week. And it’s fun finding new ways to pep it up. And buying a giant bag of steel-cut oats from the bulk section at Whole Foods makes my inner cheapskate do a little happy dance. Wins all around.