The Inside Scoop on Philly Kombucha Company Inspired Brews I’m sure you’ve seen it at Whole Foods or Di Bruno Bros, those bottles of fermented tea called kombucha (pronounced exactly as it appears, btw). Like quinoa, it’s one of those things that’s been around for thousands of years but has been having a bit of foodie and health-food junkie renaissance lately.

Fostering that renaissance locally is Philly-based company Inspired Brews, co-founded by Washington Square West resident Jessa Stevens. Her business partner, Jennifer Snow, leads up the Dallas, Texas, operations. Stevens has been whipping up small batches of the stuff for the past few years, teaching kombucha classes and making connections with local foodies. This past January, she started bottling and selling her product at local retailers, including Tallula’s Daily, Down Dog Healing Cafe, Terrain at Styer’s and more.

“We’ve been expanding pretty quickly here in Philly,” says Stevens, who is slowing down her work as a graphic designer and letterpress printer to focus on the kombucha business. “I started getting into more and more places over the summer, and now that people are back to their busier fall schedules things have really picked up.”

Since February, Stevens has been sharing kitchen space with Ryan Crowns Juice Club at 1425 Arch Street. (Ryan Crown also sells Inspired Brews.) Her tea is made in five-gallon glass containers, a process that requires adding live cultures to organic green, black or yerba mate tea and allowing it to ferment for five to seven days. After the first fermentation, natural flavor is added and a second fermentation begins for a few more days. The result is a naturally effervescent, slightly fizzy tea drink that’s high in probiotics and great for digestion.

“We consider our product craft kombucha,” she says. “We’re very into the quality of our product and who we’re getting our produce from.” The produce, of course, is for the flavoring, which changes seasonally depending on what’s growing. Previous flavors have included blueberry maple lemon, pineapple yerba mate, cherry rosewater and strawberries and cream. The produce comes from local farmers in Pennsylvania and New Jersey, all of whom are either certified organic or use no-spray practices.

Stevens is just starting to release her fall flavors, which include pumpkin spice, apple cider and more. “They’re spicier, earthy flavors,” she says.

The tea comes in glass containers. To encourage recycling, customers can return their empty containers at their next purchase for 25 cents off. The products go for between $7 and $9, depending on where you buy them.

Recently, Stevens has begun hunting around for new kitchen space, as she’s rapidly outgrowing the shared space on Arch Street. She also hired an assistant to help meet increasing demand. Eventually, she’d like to have her own storefront cafe, but the brewing space is the top priority.

In the meantime, look for her product around the region these retailers. 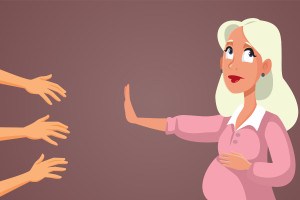