How to Stage Shakespeare’s Most Sexist Play in 2022

West Philly's Shakespeare in Clark Park cracks the code with a double feature of The Taming of the Shrew and The Tamer Tamed. 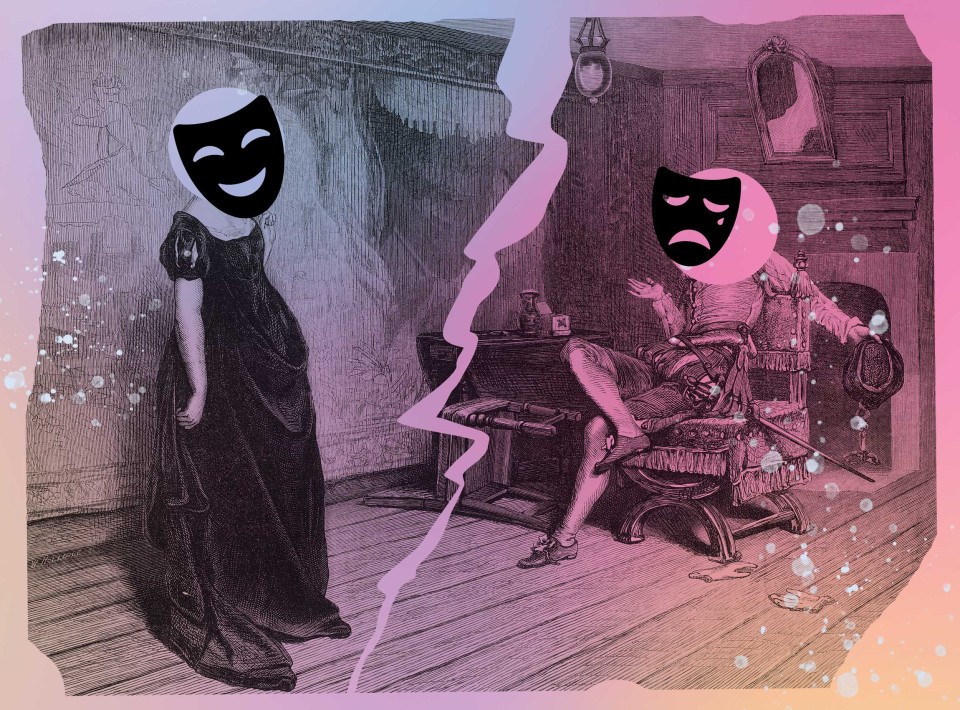 This month, Shakespeare in Clark Park pairs The Taming of the Shrew and The Tamer Tamed. / Illustration by Jamie Leary

Four days before hopping on a call with Philly playwright Charlotte Northeast to talk about her work with West Philly’s Shakespeare in Clark Park, I found myself on Broadway, watching Daniel Craig play the mad Dane Macbeth. Despite the obvious star power, the production left something to be desired.

Oftentimes, modernizations like that one project a sense of Why this? Why now? Why is James Bond stumbling across the stage, wailing while chugging a Bud Light? What’s the point? But for Northeast and the other minds behind SCP’s The Taming!, a double feature pairing the Bard’s The Taming of the Shrew and John Fletcher’s The Tamer Tamed, creating a line of nearly unanswerable questions is the point.

The Taming of the Shrew, wherein a lord’s strong-willed daughter is subjected to psychological games in order to be “tamed” for marriage, is widely considered Shakespeare’s most sexist play. How sexist? About 15 years after its publication, and despite “rebellious women” being a major concern among 17th-century Englishmen, Shakespeare rival Fletcher penned a response in The Tamer Tamed, a revenge comedy that turned the power dynamics of the original on its head.

But if it’s so sexist, why put The Taming of the Shrew onstage at all, let alone for free in a public park? Northeast, who adapted the text of the Tamer half of the evening, and Kathryn MacMillan, director of the Shrew half, see it as an opportunity for conversation. “It’s a big thing, to ask an audience to go on this roller-coaster romp through gender politics in the park,” says Northeast. “Whenever you take Shrew on its own, you have to kind of tie yourself in knots to justify it.”

The pair of modernizations — Shrew is set in the 1960s, Tamer in the late ’80s/early ’90s — share a cast of professional actors and incorporate a “community chorus” of local residents, there to further the plot and ask aloud the questions we’ll all be thinking. And staging the two plays one right after the other allows the ensemble to lean into the worst parts of Shrew rather than shy away from them, MacMillan says, since Tamer gets a rare chance to talk back.

SCP artistic director Kittson O’Neill, who conceived the idea for the back-to-back productions, says the company is aware of what it’s bringing into the public square, where anyone might stumble on the shows without context. But she believes one role of theater,­ particularly public theater, is to challenge audiences and the status quo: “As theater makers with public trust, to press and to investigate things that are difficult in a way that is still safe for the community is us fulfilling a larger mission that we have.”

And viewers are encouraged to see themselves through the community chorus, which will play a major role in the investigation. “What a gift to have them as a tool to unpack the choices made,” Ang Bey, director of Tamer, says of the chorus, made up predominantly of Black femme West Philly-ites. “What I hope to do is talk more deeply and honestly about what is happening to these characters, and to inspire people to liberate themselves from abusive power.”

Published as “How to Stage Shakespeare’s Most Sexist Play in 2022” in the July 2022 issue of Philadelphia magazine.