Not much has changed about the honeymoon resorts that first put the Poconos on the map — and that’s precisely the appeal. 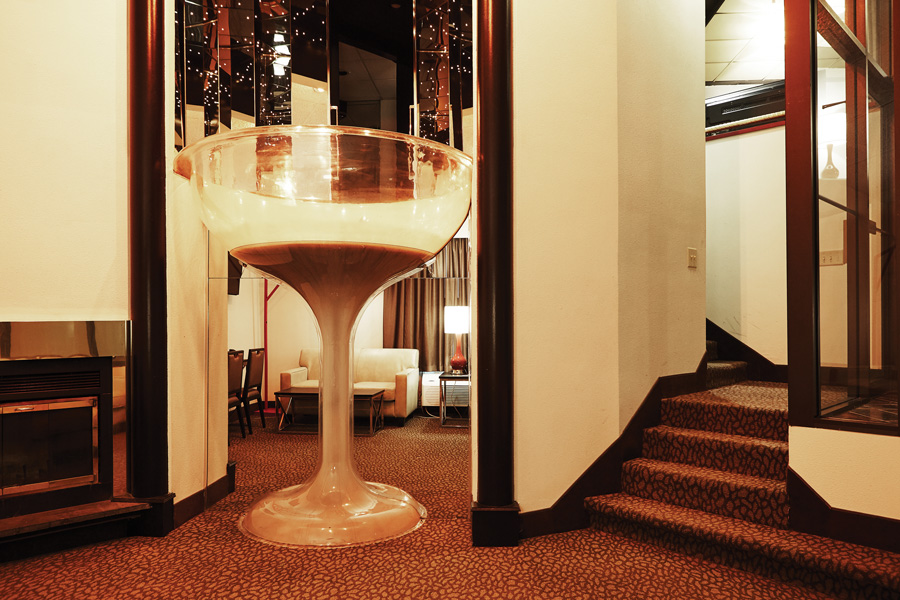 For a certain generation at a certain time, as sex became more acceptable in pop culture and returning GIs needed a place to take their blushing brides, there was no hotter destination than Cove Haven. Once founder Morris Wilkins’s heart-shaped hot tubs were featured in a 1971 issue of Life magazine, Cove Haven resorts became the place where passion was encouraged — and, subsequently, where many of my friends’ boomer parents probably conceived them. But as a millennial, all I knew about these legendary romance dens was that they were spoofed in Season 2 of Netflix’s Unbreakable Kimmy Schmidt — and that no other Black queer couple in my network had ever dared visit. 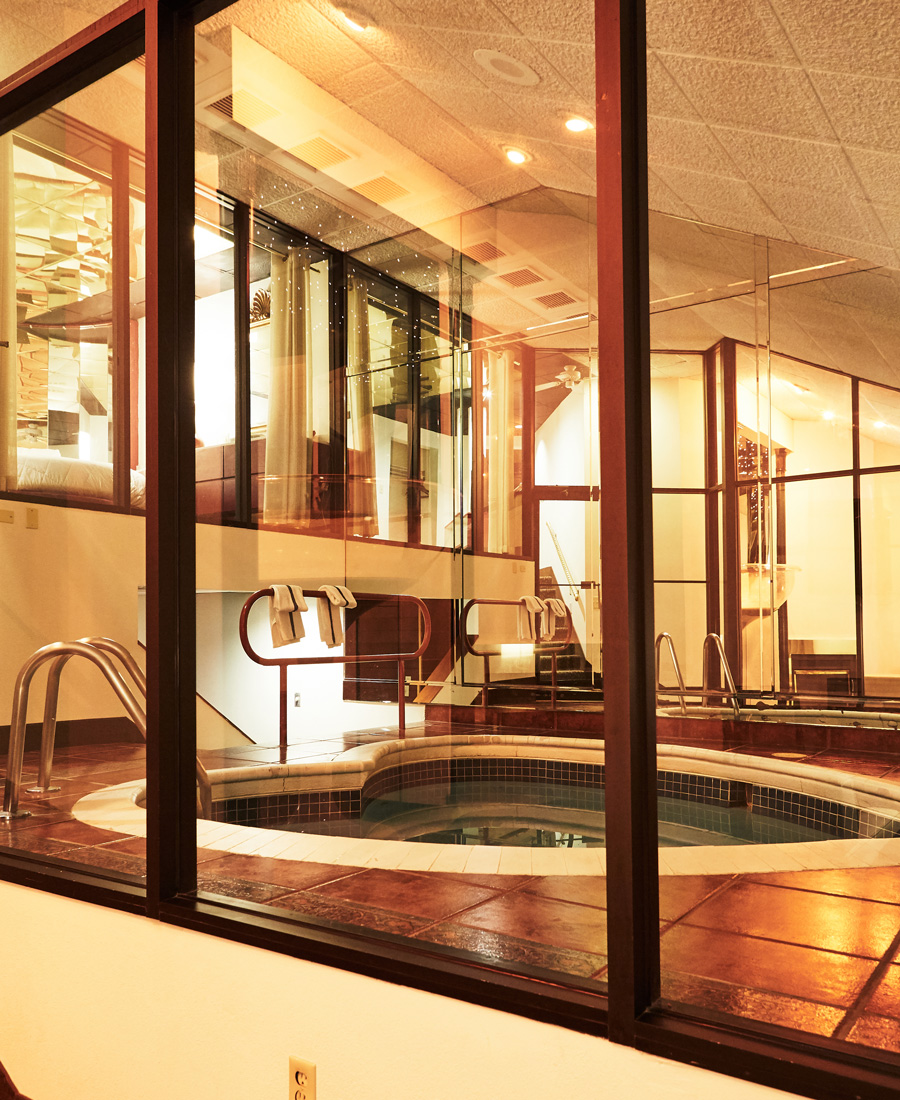 A hot tub at Pocono Palace. Photograph by Natalie Chitwood

So when my fiancé and I arrived at Pocono Palace Resort (Cove Haven’s East Stroudsburg property), I was expecting a corny, throwback romantic getaway. And to a certain extent, I got it. Our setup in the massive two-story Roman Tower suite included a heart-shaped pool, a dry sauna, a king-size round bed, and red carpet everywhere we looked. Fresh rose petals littered the steps leading to the second floor, and the tall Roman pillars framing the suite felt straight out of an ’80s mansion on Dynasty. There was also, of course, the seven-foot-tall champagne-glass whirlpool jacuzzi, which about broke my Instagram notifications after I posted pics.

13 Ways to Have the Ultimate Poconos Summer Vacation

“It’s giving me Scarface: The World Is Yours vibes,” my fiancé said after noticing the celestial ceiling and dramatic curtains in the bedroom. “Like, where else can you feel this damn fancy?”

He was right. Compared to stays at the Four Seasons, AKA, and other more “elite” hotels that can take themselves too seriously, Cove Haven stands out because of the kitsch. Here, as you lounge in plush robes while old-school jams play in the background, couples are in on the spectacle. This isn’t a place to be ultra-posh or to flex, but to actually cuddle, kick back, and focus on your boo. While having dinner in the campy dining hall, we bumped into a couple that has visited the resort every year since they were married. One weekend at Pocono Palace, in all its retro royalty, instantly made my fiancé and I both say: “Goals.”

Published as “Reconsider Cove Haven” in the “We’re Going to the Poconos!” guide in the June 2021 issue of Philadelphia magazine.