The Know-It-All Guide to Late-Night Philly

Think New York's the only city that never sleeps? 34 things to eat, drink and do in the wee hours of the morn. 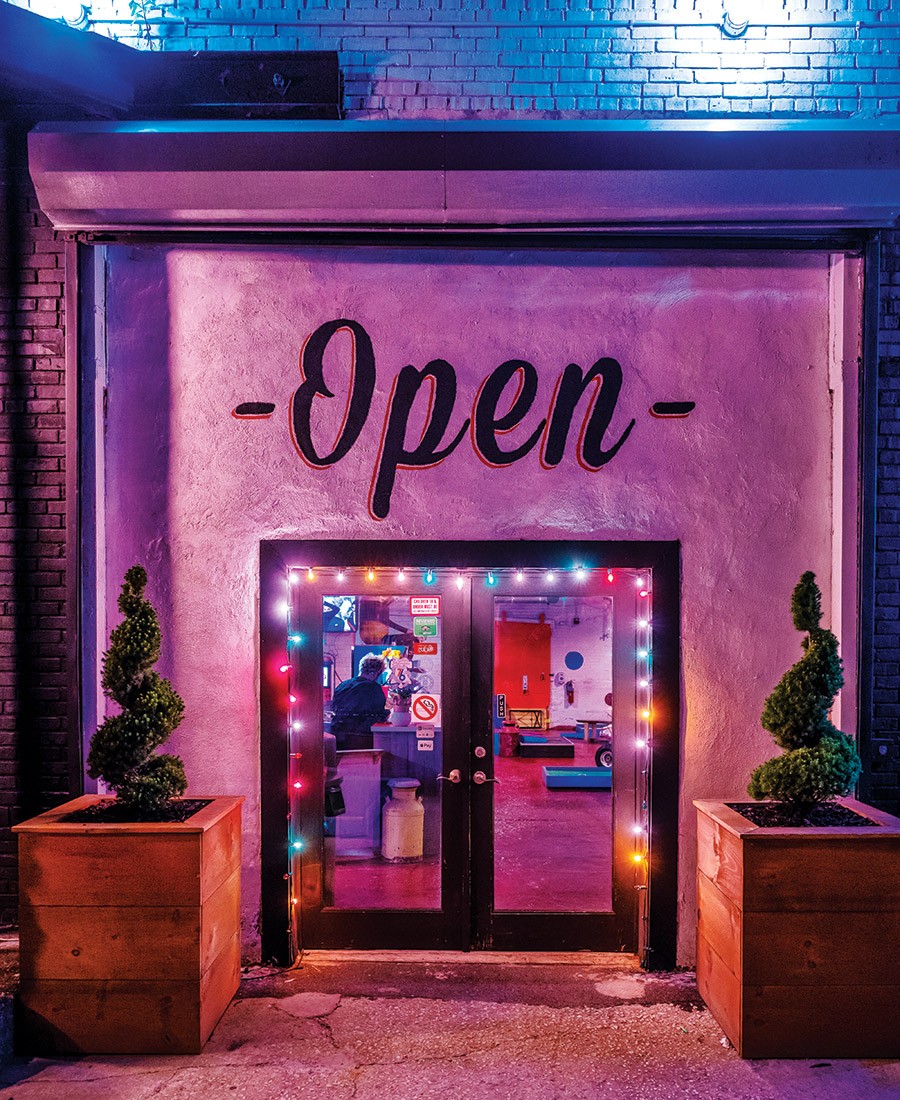 Drink Till The Sun Comes Up.

A game plan for every day of the week

Mondays
Keep cash in your pockets with the American Sardine Bar’s late-night happy hour, which runs from 10 p.m. to midnight on the day we need to drink the most. 1800 Federal Street, Point Breeze.

Tuesdays
The Pen and Pencil Club for Philly’s literati and restaurant types stays open until 3 a.m. (at least!). Dues are $40 a year; see the P&P’s site for membership options. 1522 Latimer Street, Rittenhouse.

Wednesdays
Get your dance on at Zee Bar, a private social club that has DJs, live music and bottle service until 3 a.m. (It’s right next to Delilah’s.) Membership is $20 a year. 100 Spring Garden Street, Northern Liberties.

Thursdays
Palizzi Social Club opens for the week on Thursdays, and you’ll find industry peeps kicking back well after their own restaurants close. Find someone who can get you in. 1408 South 12th Street, East Passyunk.

Saturdays
The party at private club Ruba — membership costs $35 a year — doesn’t really get moving until after midnight, and even if you stay till three, it’s never too obnoxious. 416 Green Street, Northern Liberties.

Sundays
After a run of performances, thespians (and their fans) take refuge at Quig’s, the members-only bar inside Plays and Players. Last call’s at 2:45. 1714 Delancey Street, Rittenhouse. 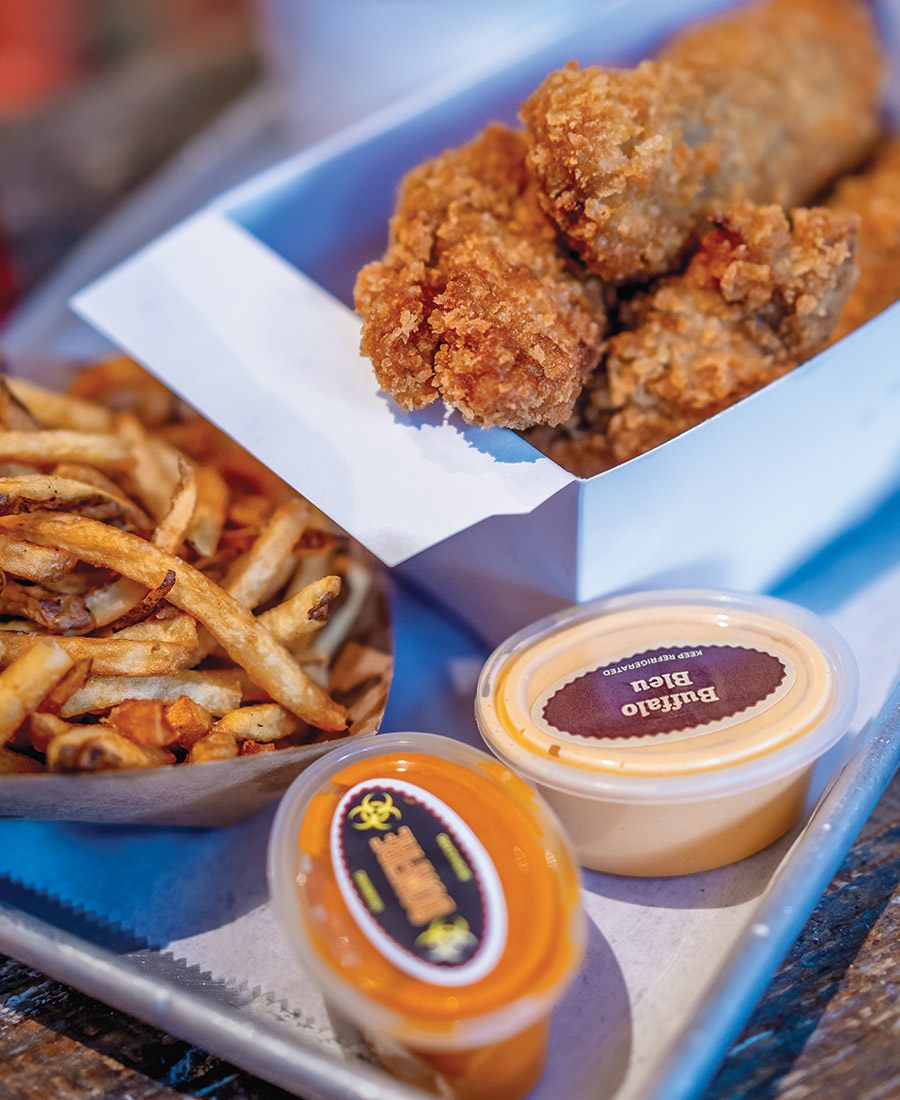 High-brow eats for culinary connoisseurs, no matter where you find yourself at 1 a.m.

Prima Pizza Taqueria Mexicana
Keep reading the menu until you get to “tacos,” then close your eyes and point; it’s all good. 1104 South 9th Street, Bella Vista.

Southwark
Every day except Tuesday, the chefs stick around until 1 a.m. to serve up chicken liver mousse, clams casino, and a burger with Birchrun blue cheese. 701 South 4th Street, Queen Village.

Wishbone
A kid’s-menu fave, remade for adults: These pretzel-crusted chicken tenders are best when consumed alongside the coconut custard pie. Open till 3 a.m. on Thursdays and weekends. (The Midtown Village location is open until four.) 4034 Walnut Street, University City.

Charlie Was a Sinner
Get artichoke fries, avo toast and wild mushroom risotto — all vegan! — until one in the morning. 131 South 13th Street, Midtown Village.

Martha
You’ll appreciate the highly flavored but light food (bougie hoagies, a cheese plate, a pickle boat) at this beloved bar. Throw some bocce on the back patio, too. 2113 East York Street, Kensington.

Loco Pez
Pick your filling, like shrimp, al pastor or seitan, and the vehicle for it (taco, quesadilla, burrito) until 2 a.m. 2401 East Norris Street, Fishtown. 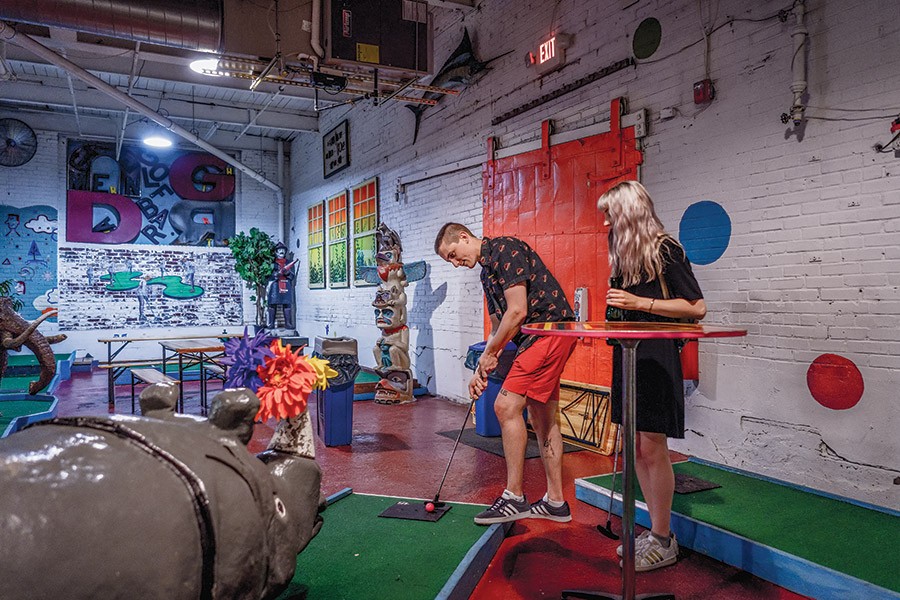 PG activities for the X-rated hours

Sweat it out.
The South Philly branch of City Fitness is open 24 hours for members (the others are open until 1 a.m.); all Anytime Fitness locations keep the lights on 24/7. Best part: No lines for the treadmill. Various locations in the city and suburbs.

Join a cult (temporarily).
The Rocky Horror Picture Show, 2001: A Space Odyssey, and other delightfully freakish flicks that are best absorbed at midnight. Friday nights at the Ritz at the Bourse, 400 Ranstead Street, Old City.

Detox.
Steam rooms, saunas and a cold-plunge pool (if you need a shock to the system) till 1:30 a.m. on weekends. Southampton Spa, 141 Second Street Pike, Southampton.

Act like a kid.
Go nuts on Galaga, Frogger and Contra — the originals — until your eyes hurt. Open till 2 a.m. every night. Barcade, 1114 Frankford Avenue, Fishtown.

Let the diva out.
Private rooms that keep keying up songs until 3 a.m on weekends. Tango, 1021 Arch Street, Chinatown.

Uber Eats uses Uber drivers who are already on the road to fetch you stuff like Crown Fried Chicken until 4 a.m., Halal Guys until 2 a.m. (sometimes 4 a.m.!), and Pat’s Steaks — which closes, um, basically never — whenever you want. Not to be outdone, GrubHub has Destination Dogs until 1 a.m. and Brandywine Pizza until 2 a.m., but you can also order from Night Owls, a place that solely serves takeout for a late-night clientele, until 5 a.m. If the sweets are calling your name, click over to Insomnia Cookies — the Penn-student-started delivery service that was recently bought by Krispy Kreme — for just-baked peanut butter cup cookies (with milk!) at your door until 3 a.m. And if your cravings are more eclectic, goPuff is ready to bring you hookahs, pregnancy tests, pens and ice-cream pints, 24/7.

Published as “Know-It-All Guide: Philly, Late-Night” in the October 2018 issue of Philadelphia magazine.