The Cheapskate Parent’s Guide to Summer in Philly

Summer fun doesn’t need to break the bank. 26 free (or nearly free) ways to entertain the kids this summer. 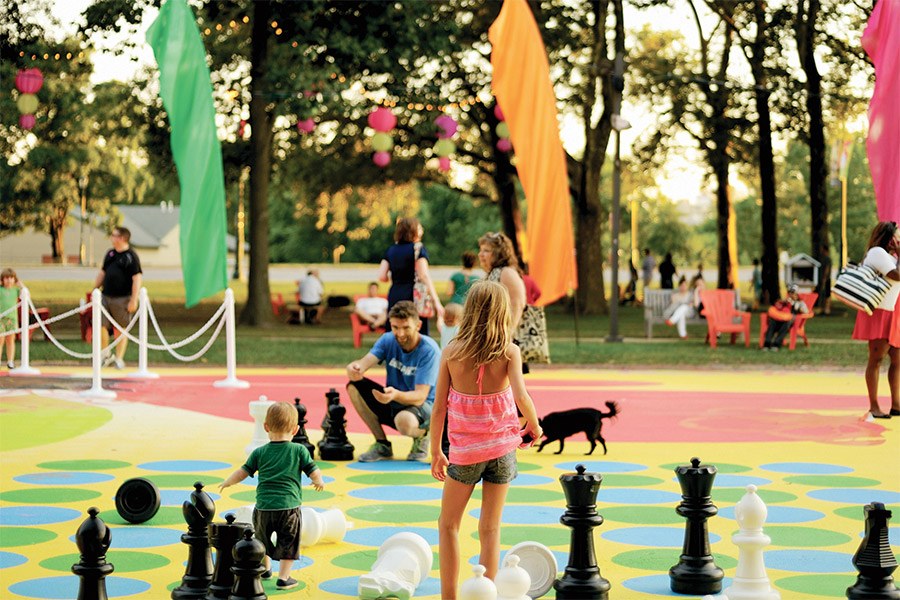 The Oval summer pop-up on the Parkway. Photograph by Albert Yee

The best way to experience Stoneleigh, Villanova’s new 42-acre public garden, is with a picnic on the Great Lawn.

The Philadelphia Orchestra’s last free show of the year will be at Fishtown’s Penn Treaty Park, complete with food trucks and family activities. July 21st.

Duke Farms, just north of Princeton, has miles of wide, paved, shaded paths ideal for a family spin, with plenty of destinations (lakes, an orchid house) along the way. 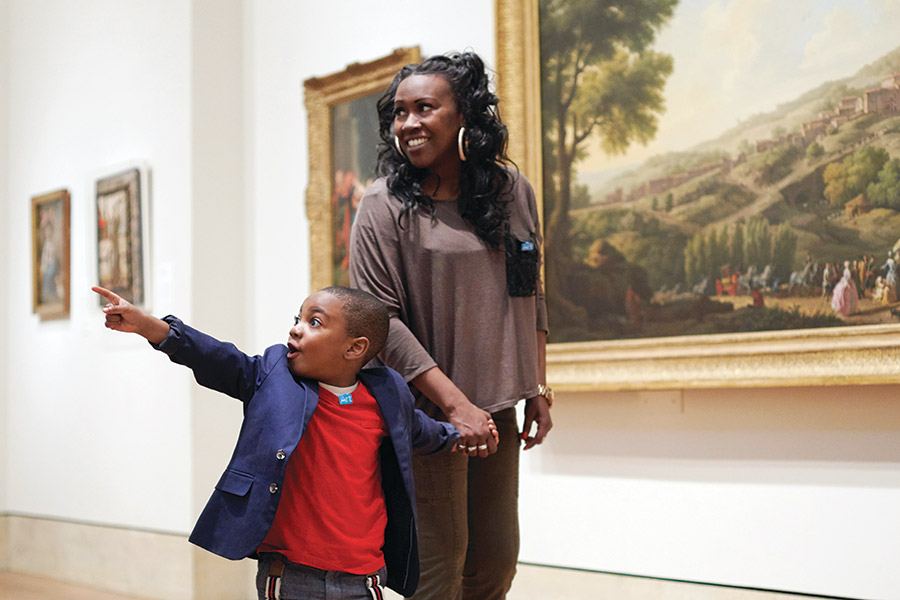 It’s hard to believe the Philadelphia Museum of Art’s summer Art Splash program is free for kids 12 and under. (Bonus: Adults can pay what they wish on the first Sunday of the month or Wednesday evenings.) Daily activities include gallery tours, story times, crafts and music.

West Chester’s Touch a Truck has all sorts of vehicles, helicopters and boats for kids to climb in, plus face painting and clowns. Parking is $3. August 12th at the Chester County Government Services Building.

The PECO Multicultural Series celebrates the cultures of India, the Caribbean, Africa and more, with performances, vendors and food. Throughout the summer at Penn’s Landing.

Play on the river.

On Saturdays at Bartram’s Garden, kayak and rowboat rentals are gratis. And on the last Wednesday of every month, there’s free sunset fishing, with rods, bait and instructions. 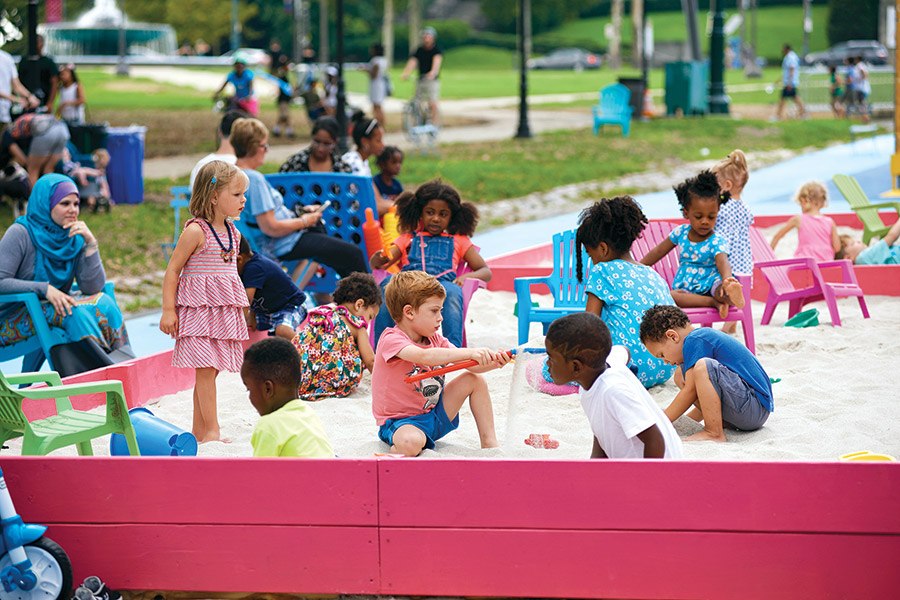 Play in a giant sandbox.

Eakins Oval, in the shadow of the Art Museum, is once again morphing into The Oval, with a water mister, a ribbon garden and a sandbox. Most nights, there are food trucks, too. July 20th through August 19th.

Finally, the internet is giving us something good: Find your closest lanes on Kidsbowlfree.com (options include Devon, Maple Shade and Wildwood), register, and your children can bowl free all summer.

Your local Home Depot hosts workshops where kids can construct mini boats, fishing games, cars and more, one Saturday each month. (Just don’t blame us when you come home with a drill.)

Mount Airy residents pick which flicks will show at the Moonlight Movie series, hosted at various playgrounds on Fridays. (Also find food trucks and a book swap.) The Schuylkill Banks has options for teens (Black Panther) and toddlers (Moana), plus free snacks for early birds.

On Tuesdays and Wednesdays at 10 a.m., the Regal Cinemas in Oaks, Warrington and Quakertown show faves like Trolls and Boss Baby for just one dollar. Through August. 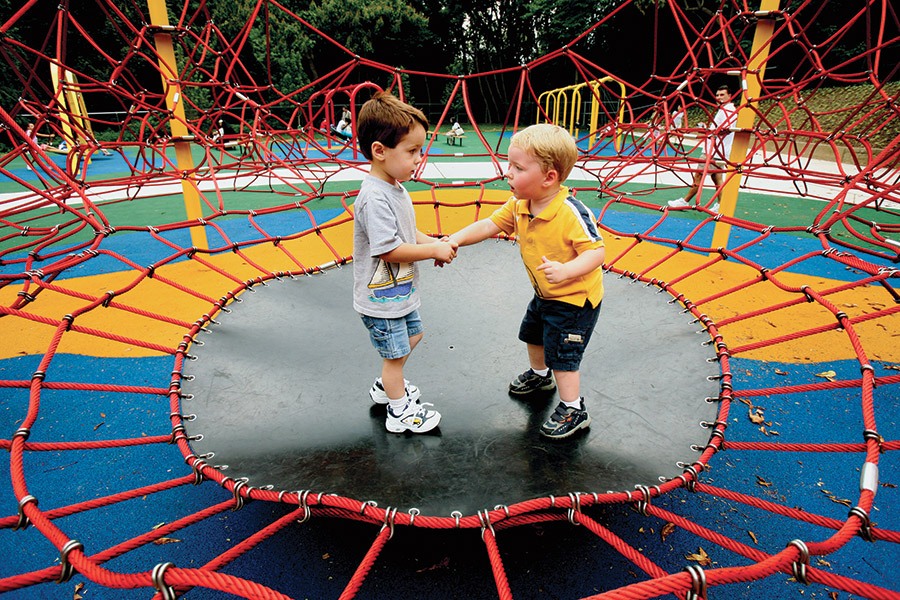 Do the best playground.

Smith Memorial Playground & Playhouse is worth a visit at least once a year. Go early or late (they’re open till 7 p.m. on weekends) to be first in line for the big slide.

Listen to music outside.

The Young People’s Concert Series at the Mann has live music from artists in cool costumes from around the world. Even the parking is free. July 11th and August 1st.

At Fireman’s Hall Museum in Old City, kids can get up close to antique fire trucks and learn all about Ben Franklin’s vision for a safer city. Closed Sundays and Mondays.

Sundays are always free at Woodmere Art Museum in Chestnut Hill, but on July 8th, pets are invited to tour the grounds and outdoor sculptures, too.

Bluegrass and Blueberries Festival says it all, and it’s a Peddler’s Village tradition. Admission is free, but expect to fork something over for food. July 14th and 15th.

Cool off in the city.

Cool off in the ’burbs.

Bell Tavern Park in Downingtown has a splash pad where water gets sprayed out of two giant red and blue sprinkler poles, while massive Montgomery Township Spray Park in Montgomeryville has sections for bigs and littles as well as shade.

On the first Wednesday night of the month, the Please Touch Museum is only $2 a person.

Set a sailboat (or a rubber duck) free in the pool at Sister Cities Park. On Mondays and Wednesdays, folks from the library, Parks & Rec and more lead activities. 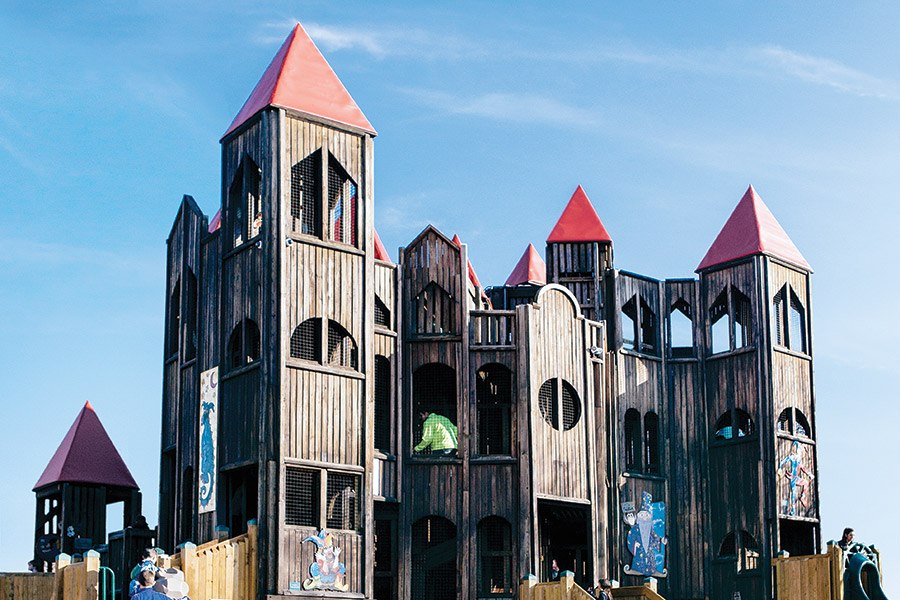 Sneak in some learning.

Published as “Know-It-All Guide: Cheap Tricks” in the July 2018 issue of Philadelphia magazine.