The 20 Biggest, Baddest and Best Concerts to See This Summer
Subscribe
Follow
I'm a scraper
This search result is here to prevent scraping

The 20 Biggest, Baddest and Best Concerts to See This Summer

Your guide to a truly epic season of live music. 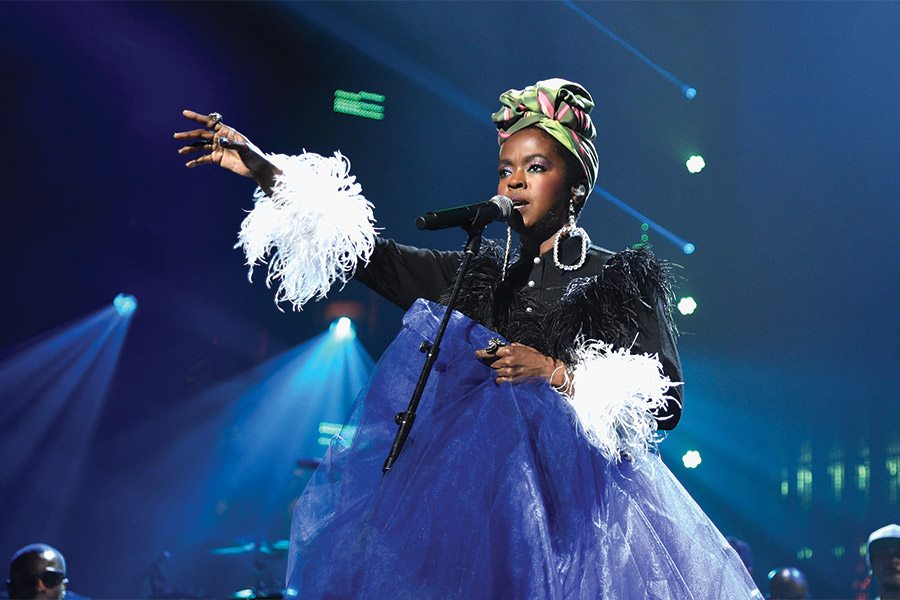 Performing her seminal 1998 solo debut The Miseducation of Lauryn Hill in its entirety, in honor of the album’s 20th anniversary. July 13th at Festival Pier. Tickets*: $59–$510

What started in 1994 as a one-man project — just after the death of his Nirvana bandmate Kurt Cobain — is now Dave Grohl’s full-blown rock-and-roll juggernaut. “Tireless and exuberant” is how one music critic described a recent show. July 7th at BB&T Pavilion. Tickets: $90–$855

For some reason, this concert is being billed as “Jay-Z and Beyoncé,” but I’m reversing the order to what it should be. Just look up footage from when Beyoncé conquered Coachella in April if you need convincing. July 30th at Lincoln Financial Field. Tickets: $49–$1,990

“One of the greatest experiences of my life” is how a New York Times critic described this unusual event, part of the Philadelphia International Festival of the Arts. Over two 12-hour performances (yes, you read that right), New York City-based drag queen, Pulitzer Prize nominee and MacArthur Genius Taylor Mac performs (and talks about) music from 1776 to the present. It’s not a traditional “summer concert” by any means, but I’d be remiss if I failed to tell you about it. June 2nd and 9th at the Merriam Theater. Tickets: $45–$300

The Broadway legend makes a rare appearance in Philly to benefit the nonprofit Mann Center for the Performing Arts. If it rains, don’t worry: You’re not going to be stuck on the muddy lawn. After cocktails and dinner, served under a canopied tent at the top of the Mann Center’s hill, LuPone will perform cabaret-style, with all patrons seated around her on the stage. Whatever you do, stay off your cell phone. (Google “Patti LuPone phone” to see what I mean.) June 1st at the Mann Center. Tickets: From $500

The actor and musician born Donald Glover Jr. single-handedly changed the sound of summer with “This is America,” the intense single and accompanying video that everybody with a brain has been talking about. September 18th at the Wells Fargo Center. Tickets: $50–$175

My cousin dragged me to see Adam Levine and the boys when they opened Revel back in 2012 … and I loved it! This time around, Maroon 5 plays the 7,000-person arena inside the newest hotel to come to the Boardwalk. July 15th at Hard Rock Atlantic City. Tickets: $100–$300

What the hell is the 1990s pop queen doing playing the Borgata a few days before she does Radio City Music Hall? I have absolutely no idea, but I’m dying to find out. It will be nothing if not memorable. July 19th to 21st at the Borgata. Tickets: $240–$1,000

From girl-next-door in Reading, Pennsylvania, to one of the highest-paid musicians in the world. And at just 28 years old, she’s got a long, long way to go. My prediction: A Broadway run — à la Springsteen — in 2040. July 13th and 14th at Lincoln Financial Field. Tickets: $59–$950

Hosted by Dave Chapelle, with a ridiculous lineup of special guests that includes everybody from Lil Uzi Vert to the Sun Ra Arkestra to Dirty Projects. And if you get bored with all the great music, there are Madden and NBA 2K video-game tournaments. June 2nd at Festival Pier. Tickets: $75

There aren’t many bands that got their start in the 1970s, have toured consistently since then, and are still together, with all of their original members. But there’s U2. Unless you’re a superfan, it’s probably been years since they’ve put out any music that you truly dig, but you’ll forget all that when you hear tens of thousands of people singing “Sunday Bloody Sunday” in unison. June 13th and 14th at the Wells Fargo Center. Tickets: $45–$329

The individual members of this iconic and infrequently touring indie band are spending most of their time these days on solo projects, but they hooked up for a 10-city summer tour, and Philly closes it out. July 31st and August 1st at the Wells Fargo Center. Tickets: $50–$90

This summer, like most summers, is chock-full of jam band performances, including the Dave Matthews Band and the incessantly noodling Phish, but I’m giving it to the guys who started the whole damn thing. The remaining members of the Grateful Dead are joined by singer-songwriter John Mayer, who has, shockingly to some, proven to be a worthy Jerry Garcia fill-in. June 1st and 2nd at BB&T Pavilion. Tickets: $49–$700

The WXPN-presented festival, now in its 25th year, includes a multitude of bands in Camden’s Wiggins Park and featured shows (David Byrne and War on Drugs!) inside the amphitheater. July 27th to 29th at BB&T Pavilion and Wiggins Park. Tickets: $150 for a three-day pass

Grammy Award? Check. Academy Award? Check. Add to that an American Music Award, a BET Award, a few Billboard awards, and a Golden Globe, just for good measure. The much-honored British singer visits in support of his recently released The Thrill of It All, and you’ll get a free copy of the CD just for coming. July 4th at the Wells Fargo Center. Tickets: $35–$125

For this inaugural event, the radio station has tapped Jill Scott, Boyz II Men and DJ Jazzy Jeff. It doesn’t get any more Philly than that. Well, they should have hired Patti LaBelle, too. June 30th at the Mann Center. Tickets: $35–$391

The seventh iteration of the massive music festival — big-name talent TBD — that makes all my older Fairmount friends ship off to the Shore for the weekend. September 1st and 2nd on the Ben Franklin Parkway. Tickets: $125

The Pulitzer Prize for music usually goes to somebody who writes an opera or a violin concerto. So it didn’t go unnoticed in April when this 30-year-old Compton native — the greatest rapper of his generation — won for his latest album, Damn. June 8th at BB&T Pavilion. Tickets: $39–$625

*Note: Ticket prices valid as of press time; for sold-out concerts, we show a range through verified resale sites like StubHub.

Published in the June 2018 issue of Philadelphia magazine.