Let Us Now Praise 20 Years of Preston and Steve

WMMR’s Preston and Steve (and their on-air squad) remain the unquestioned kings of Philly morning radio. 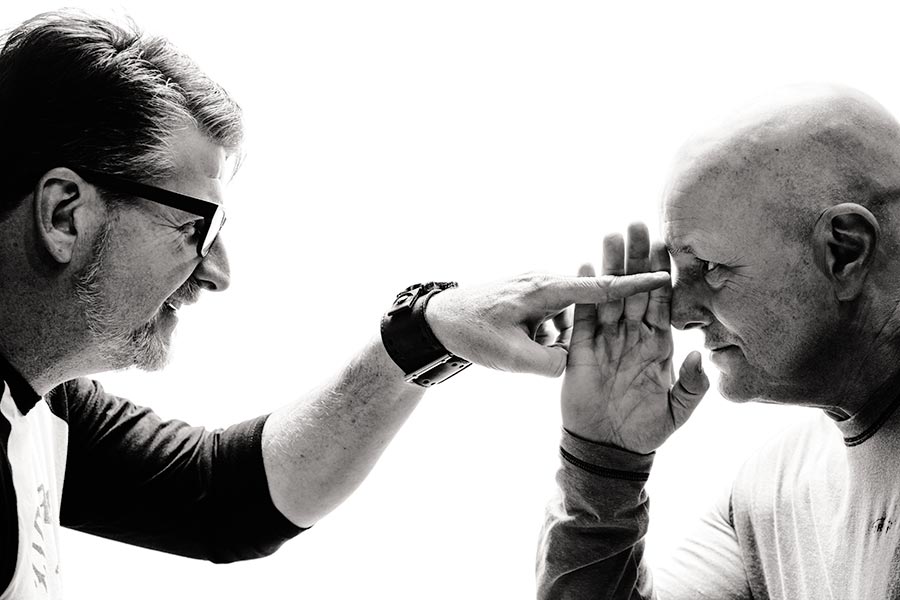 Wise guys, eh? Preston (left) and Steve (right), now in their 20th year of poking fun at the world. Photograph by Gene Smirnov

My wife has a dirty little secret.

Every day, after she drops the kids off at their conservative Catholic school on the Main Line, she tunes the radio away from the child-safe options of NPR and KYW to WMMR, for The Preston & Steve Show. She sits there with a stupid grin on her face, declining her own mother’s phone calls and forgetting about whatever terrible things are happening in the world as Preston Elliot and Steve Morrison ruminate about the South Jersey lady whose house was flooded with poop, the cow running loose on I-95, the weird places people have sex, and whatever other completely unimportant, asinine subjects are on the show’s production schedule for that day.

It’s a formula that has served these middle-aged suburbanites well. Now in their 20th year on the air together — they started at Y 100 and moved to WMMR in 2005 — the duo (and their on-air squad) remain the unquestioned kings of Philly morning radio, attracting such top-shelf guests as Bradley Cooper, Kevin Hart and Jonah Hill while maintaining the number one position in the ratings for 12 years running.

That translates into clout. When Preston and Steve tell their fans they’re going to be at a heavy-metal concert in Camden or a comedy show at the Tower, those fans turn out in droves. And when the pair camps out for a week each fall to raise money and food donations for the hungry, they collect 839 tons of food and $272,000 in cash.

Not bad for two guys who once poured 10,000 marbles down the Art Museum steps.

Published as “Snapshot: Let Us Now Praise Funny Men” in the February 2018 issue of Philadelphia magazine.