I Was There: War On Drugs at The Dell Last Night 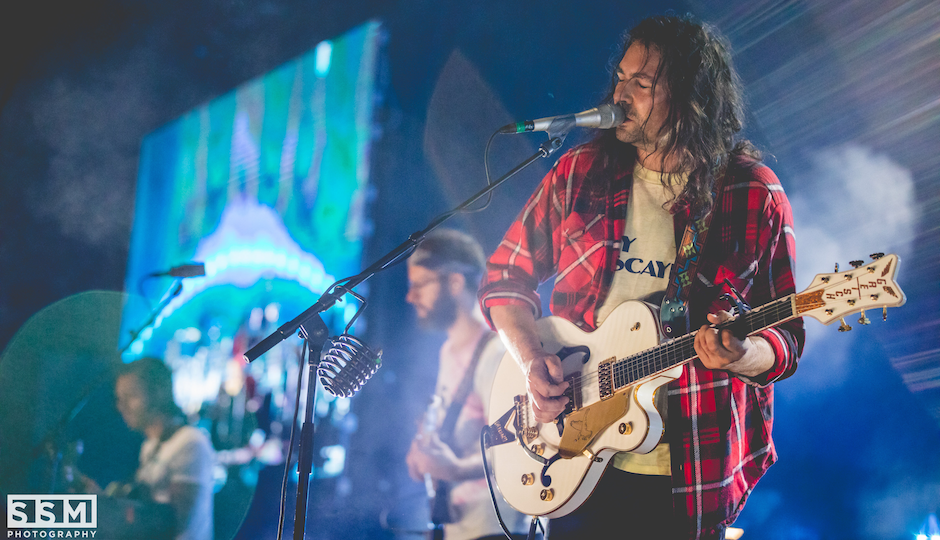 The War on Drugs plays the Make the World Better Foundation benefit at the Dell last night. (Stacey Salter Moore of SSM Photography)

Like a good Philadelphian, I was there for War On Drugs’ homecoming show at The Dell last night.

I was also there in 2013 when the group — a vessel for Adam Granduciel’s hazy, blues-rock songwriting — played a sold-out New Year’s Eve show that closed out their final year as a Johnny Brenda’s band.

Everything changed a few years ago. The War on Drugs went from a somewhat scrappy Philly rock band full of guys who fixed hot water heaters and worked at travel agencies, to one that’s signed to Atlantic Records and doesn’t have to do that stuff anymore. They went from a rough rock band to a crystal clear machine. Put their 2008 debut, Wagonwheel Blues, against 2014’s Lost in the Dream; they sound huge now in comparison.

Last night’s benefit for Make the World Better Foundation (hosted in absentia by ex-Eagles linebacker Connor Barwin) was proof that things had changed. Granduciel has added a second guitarist and keyboardist/saxophonist to build his band out to six members. His pedals bloom around him in an arc of at least 15. To play the Grateful Dead tribute, “Touch of Grey,” he kept his guitar close, but held his sampler even closer and plugged the mic right into it. He mostly used this mad scientist setup for songs off of the new album, A Deeper Understanding, which came out this August. 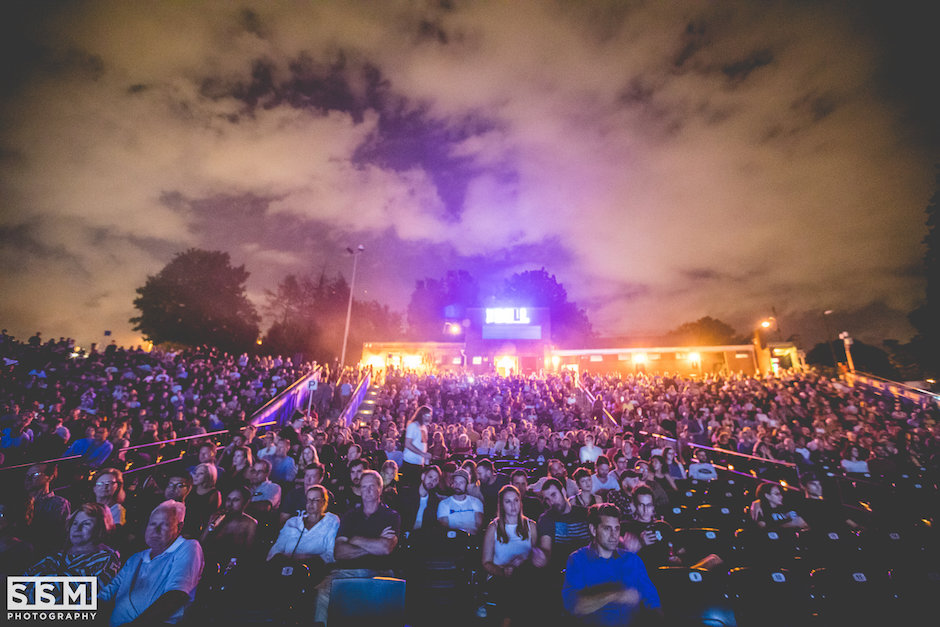 The crowd at the War on Drugs show at the Dell. (Stacey Salter Moore of SSM Photography)

In a 2014 Pitchfork interview, Granduciel spoke candidly about how the making of Lost in the Dream took a crippling toll on his mental state. He really beat himself up in the process. And then, boom. It was all worth it. It’s been said that Bruce Springsteen’s Born to Run did about the same. Though many hear Tom Petty and Mark Knopfler in Granduciel’s laconic style, I see him as a Springsteen type — painfully meticulous in his process, genius in his instrumental arrangements. The Bruce Springsteen of Fishtown.

And if that’s true, then Johnny Brenda’s is his Stone Pony — and tonight’s show at the Dell is his four-hour Wells Fargo Center marathon, a big “thank you” to Philadelphia from the now-Los Angeles based musician. This was the first time his biggest critics — his fellow Philadelphians — could hear the new stuff live. And he didn’t take that lightly. “Gotta lot of friends out there I wanna say hi to,” Granduciel said before launching into “Up All Night.” He called out the opening band, Land of Talk, as the first rock band ever to play the Dell. He shouted out Barwin’s mom for working the t-shirt stand earlier in the night, and dedicated a song to her.

Returning to the stage for an encore that included “Under the Pressure,” a big moment from Lost in the Dream, Granduciel was wearing number 98’s football jersey. He thanked Barwin multiple times for having the band headline the benefit.

After receiving national attention and critical acclaim for that 2014 record, there was a big, fat question mark that preceded it. For two years, old fans and a crop of new ones wondered if he could do it again.

He did it again. But somehow, he did it even better this time.