OPINION: What We Can Learn From the Violence of “Wonder Woman”

It’s not simply Diana’s use of violence as a defense against men that gives her power — it’s her changing the dynamic of men controlling the means of violence. 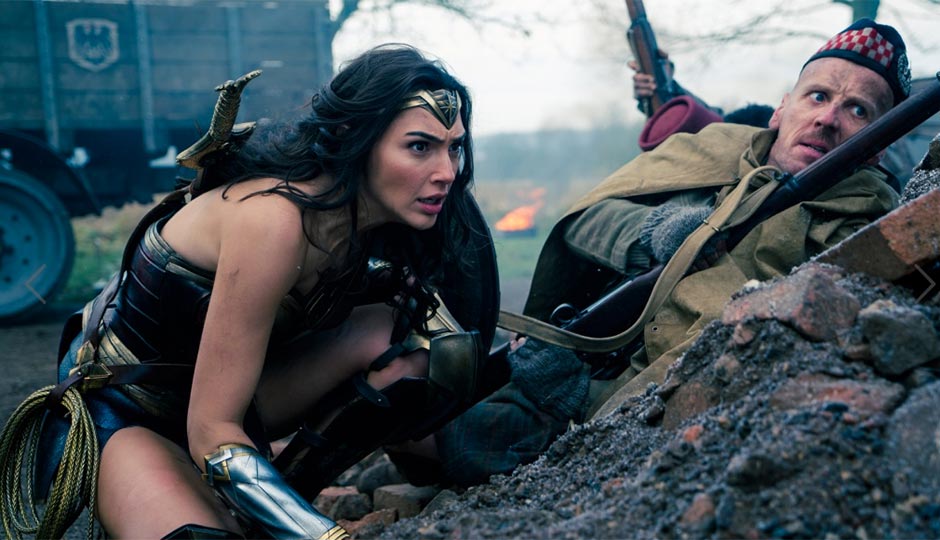 Wonder Woman has been out for a month, and chances are you’ve read a critique or 20 of its feminism. Yes, Steven Trevor is a patriarchal figment that Diana unwaveringly obeys at first. Yes, Diana fights in a metal corset (instead of a sweaty sports bra/T-shirt combo). Yes, the Lasso of Truth does not correspond to bondage because Diana does not use it consensually.

What I haven’t seen challenged is that Diana’s violence renders her strong and worthy. While I would label her violence an inevitable outcome of 1917 London’s dominator culture persisting in a just war, it’s nuanced.

I worry we are glossing over these nuances of Diana’s violence and am especially worried for young girls and boys seeing Wonder Woman and equating violent women with power. It’s no help that numerous tweets from people with large audiences echo this:

WONDER WOMAN: All I've ever wanted from a movie is to watch Robin Wright smile while killing dozens of men!!!!

while batman & superman are constantly held back by their no killing rule wonder woman dgaf, she'll slaughter you with a smile and i love it pic.twitter.com/EZnvbkygSy

When we applaud Diana for her violence, we shouldn’t conflate dominance and violence as constitutions of power and deserving of reward outside of the context of a just war or similar circumstance. It’s not simply Diana’s use of violence as a defense against men that gives her power; it’s her changing the dynamic of men controlling the means of violence against enemies and using this control to dominate women.

If you enjoy dismantling patriarchy, I’m assuming you also felt empowered to command a male army sans sports bra watching the scene where Diana dismisses Steve’s advice, inserts herself into a yearlong stalemate, and singlehandedly annihilates a German bunker.

When reflecting on this empowerment, I questioned why Diana’s violence prompted it, because my lifestyle and politics are anti-violence. I guess I’ve internalized the patriarchal misconception that violence equals respect and power. But I now realize it’s also the aforementioned shift of power from male to female, specifically within the sexists division of labor within the military, that renders Diana’s violence as empowering.

It’s displacing males from the historically male-dominated unit of combat – where direct violence takes place – to the back end. It’s defying female repudiation by the military by refusing prostitution, marriage, and low-paid, low-skilled work lacking security and career prospects.

And importantly, Steve Trevor and his posse only deem Diana competent when she uses violence. It’s the men in Wonder Woman who ascribe Diana’s worth to her physical violence, while Diana rejects the patriarchal sentiment that her compassion, tenderness, and spirituality diminish her power.

We should also recognize that Diana never attained the inner-peace and world peace she swore would arise from killing Aries. From Wonder Woman’s 2017 Paris, we can infer that the violence used in the 1917 attempt to “end all wars” did end all wars or give Diana sustained peace, even though this violence couples with Wonder Woman’s empathy. Regardless of the violence used in WW1 being just, it did not stop the pervasiveness of a dominator model that only yields more violence.

While I think it would be awesome to craft Wonder Woman’s power as injecting empathy into her enemies as the means to end all wars, redesigning Wonder Woman with a nonviolent super power is inconsistent with her character and the Marvel series. But if you to want use my idea, I grant you the rights.