54 Things to Do This Weekend 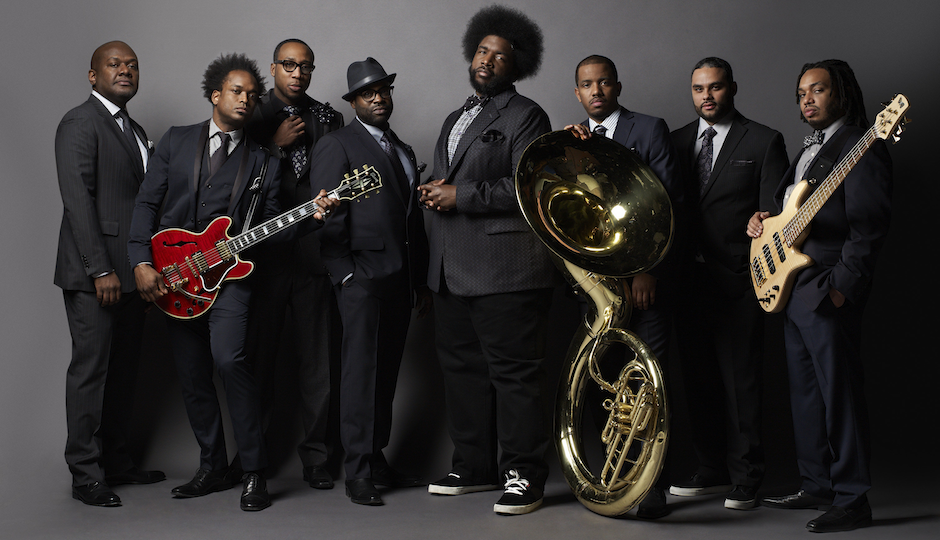 Elizabeth Zharoff/Xavier Foley @ World Café Live
An alluring description for an atypical concert at WCL: “Two emerging composers and recent grads of the Curtis Institute of Music collaborating around their love of video games and their serious classical chops.” Elizabeth Zharoff is a soprano. Xavier Foley is a double bassist.

Talib Kweli/Vikter Duplaix @ Fillmore Philly
The two hip-hop stars do a Kiss-N-Grind DJ show at the Foundry performance space, upstairs in the Fillmore. Call it your Roots Picnic wind-up. 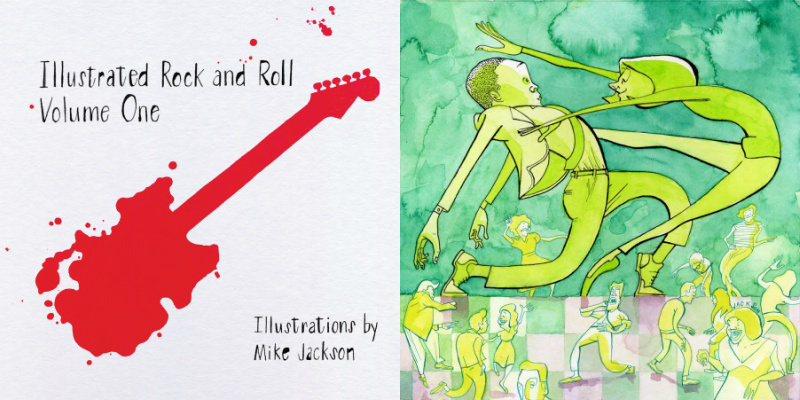 Artist Mike Jackson celebrates the release of his first book of illustrations tonight at IndyHall. On the right: Jackson’s interpretation of Sam Cooke’s “Twistin’ the Night Away.”

Owen Benjamin @ Helium
The actor and comedian does standup Through Sunday.

Joshua Mays/Bloom group show @ Arch Enemy Arts
San Francisco painter and muralist Joshua Mays continues his Chrysalis series with “Clarion.” Also opening is the “Bloom” group show, in which “nice artists who each harness the power and symbolism of nature and flora in their personal works.” Among them: Alexis Talia, Michelle Avery Konczyk, Naoto Hattori and Stephanie Struse.

June First Friday @ Vox Populi
A group show featuring the work of Gabriel Boyce, Beth Heinly, Erin Murray and Jes Fan. There’s a performance angle on this exhibition as well, with Jes Fan performing part of their show “Disposed to Add” and Beth Heinly enacting her piece “living cosplays.” Meanwhile, Iranian photographer/filmmaker Mohammadreza Mirzaei’s “If he didn’t say he loved you” will screen on a loop in the Blackbox. Reception Friday, June 2, 6-8 p.m. 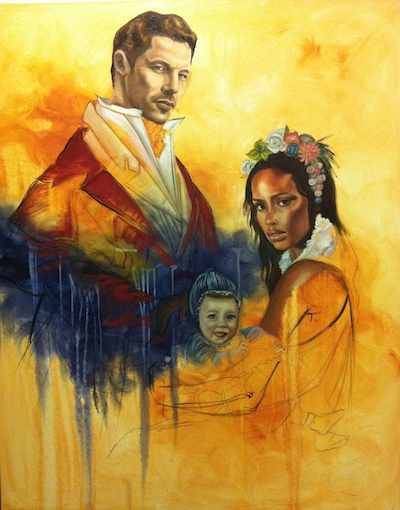 She Always Imagined Herself…, by Shannon Lewis. Part of the “A More Perfect Union” exhibition opening tonight at Asian Arts Initiative.

Restorative Justice @ Painted Bride
The Mural Arts Restorative Justice Program — which works with incarcerated, recently incarcerated and at risk young men and women —
presents a group show of work by “18–24 year olds on probation, and those in reentry through the Philadelphia County Prison system.” Opening reception June 2, 6-8 p.m.

Stanley Kubrick Director Spotlight @ The Mahoning Drive-In Theater
Lehighton, PA’s beloved drive-in movie theater, one of the last of its kind, celebrates director Stanley Kubrick by screening 2001: A Space Odyssey and A Clockwork Orange. FYI: It’s about an hour and a half drive from Philly to Lehighton. Friday and Saturday.

Philadelphia International Tango Festival @ The Germany Society
Four days of teaching and dancing at multiple levels of the Argentine dance tradition. Through June 4.

The New York Hardcore Chronicles Film @ PhilaMOCA
The Philadelphia premiere of Drew Stone’s documentary about NYC hardcore and punk from past to present. Stone and several band members will take part in a Q&A after the screening.

Gene Simmons and his band @ Trocadero | Friday, June 2
“The Worst Person in Rock ’n’ Roll” is entirely too subjective to assert with authority. But surely it’s fair to say Gene Simmons sucks.

Levee Drivers @ Johnny Brenda’s
With a boozy twang in his voice and a restless acoustic guitar, August John Lutz II leads Philly’s Levee Drivers into the darker, more desperate corners of Americana. There’s a lot of rock and country in their sound, too.

The Absolute Brightness of Leonard Pelkey @ Suzanne Roberts Theatre
Theater critic David Fox had this to say: “Sara Garonzik’s final season as executive producing artistic director of the Philadelphia Theatre Company — had been set to end with a new play about Thomas Eakins that she helped to develop. The late-hour reshuffling that brought this substitution worried me. It sounded like the knell of financial gloom… and a one-actor, 80-minute show where PTC functions as mostly as a presenter seemed a let-down. But Brightness is bold, daring, and large format. The show has a big heart, and Lecesne — who is both writer and solo performer — is a big talent.” (Read the whole review here.) Through June 4.

One More River to Cross: A Verbatim Fugue @ The Latvian Society of Philadelphia
James Jackson directs the world premiere of playwright Lynn Nottage’s work based on interviews with former slaves conducted in 1936 and 1938 by the Federal Writers Project. Shows Thursdays through Sundays through June 11.

Chainsmokers @ Liacouras Center
The EDM/pop duo behind “#Selfie,” “Don’t Let Me Down” and “Closer.” Esquire says “The Chainsmokers Are the Nickelback of EDM.” Kinda cruel.

Reeve Carney @ World Café Live
A rock singer with some serious acting chops, Reeve Carney had the lead in Julie Taymor’s “smash Broadway production” Spider-Man Turn Off the Dark and lived to tell about it.

Thomas Rhett @ BB&T
The young country rocker — and son of Rhett Akins who maybe doesn’t know how last names work — plays Camden. Thomas Rhett has had seven number one hits on the country charts and he’s only 27.

Avett Brothers @ Citizens Bank Park
The North Carolina folk-rockers play a show on the field after the Phillies game.

West Philly Porchfest @ West Philly
With 135 bands performing on porches all over the neighborhood, the West Philly Porchfest has greatly expanded its reach in its second year. The shows are free, the atmosphere is family friendly and the options are many (jazz, folk, bluegrass, rock and more). Check out the map and plan your route.

Deadaires @ Everybody Hits
Former members of Against Me! and True North do punk/post-punk with energy and aplomb. Lovely, heavy stuff.

Iron Maiden @ Wells Fargo Center
British heavy metal royalty — and kings of the denim jacket back-patch scene for something like three decades — Iron Maiden brings its Book Of Souls tour to town. Expect a giant Eddie, pyrotechnics and all the fixins.

Craig Robinson @ Helium
Standup comedy by the actor and comic known for The Office, This is the End and Hot Tub Time Machine. He’s also going to be in an X-Files-ish comedy series with Adam Scott that sounds pretty excellent.

Free First Sunday @ The Barnes Museum
Entry to the Barnes is free on the first Sunday of every month. “This Sunday’s programming features the eclectic sound of Ever Ensemble with the vocals of Valerie Gay, plus a boot camp for the ‘strong at art.’” The Ever Ensemble specializes in the music of black and women composers in classical, jazz, pop and more.

Macula Dog @ Everybody Hits
NYC’s Macula Dog calls itself a “4-person electronic duo.” Their music is noisy, experimental, squelchy, clangy, arrhythmic, off-kilter, scatterbrained and not the sort of thing you usually dance to. I’ve been listening for 20 minutes now and I’m starting to see clowns. My headache has taken on a psychokinetic mien. I just put a bowl of water on the floor and I do not have a pet. Also on the bill: Pelada, Cienfuegos and Sommelier.

Richard Lloyd @ Kung Fu Necktie
The guitarist from Television and Rocket From The Tombs plays with a full band. Also on the bill: Gondola and The 1910 Chainsaw Company.

Liv Carrow @ Fleisher Art Memorial
The Iowa folkie/singer-songwriter leads a bill that includes Scott Churchman and Geb the Great Cackler. I like what I’ve heard so far.