Behind the Stunning Fountain Makeover at Longwood Gardens

“It should make people cry, it will be so awesome.” 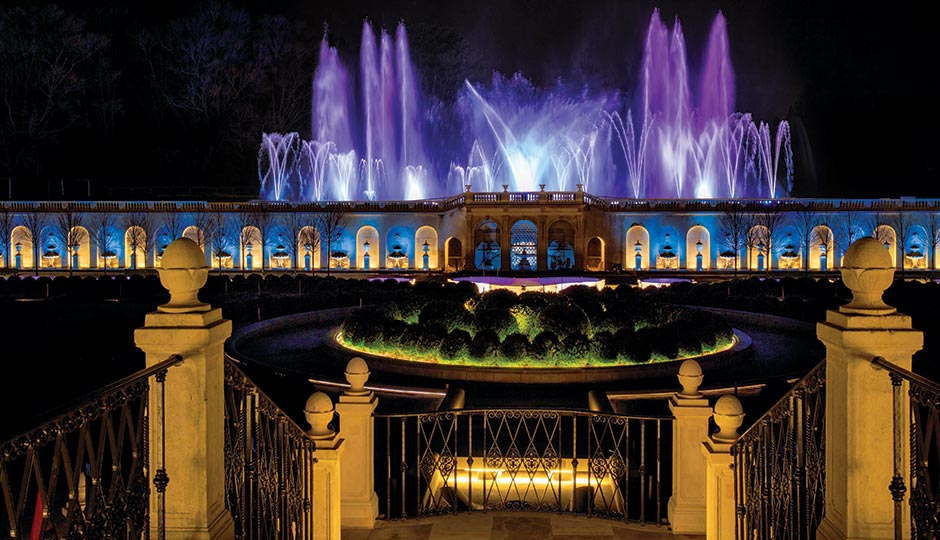 Pierre du pont had a thing for water. And gardens. The former kicked in when he was only six and found himself mesmerized by the fountains at the Centennial Exhibition in Fairmount Park; as he got older, the successful industrialist was enthralled by the gorgeous gardens of Italy and France. Eventually, du Pont did what any über-rich dude with an obsession might: He made his own magical place, establishing Longwood Gardens in Kennett Square and creating what has long been one of the Philadelphia region’s aesthetic jewels.

In May, du Pont’s masterpiece caps off a three-year-long face-lift with the unveiling of a completely redone Main Fountain Garden. The project, with a price tag of $90 million, was all about finding balance — between physics and aesthetics, between the gardens’ European influences and their American ones, between what du Pont built in the 1920s and ’30s and what he might have conjured up if he were alive today. (Turns out Pierre was an innovation sort of guy, so Longwood’s current leaders felt free to embrace the future.)

What will visitors see? In some cases, nothing. Half the project’s work is underground. But there’s still plenty on the surface to dazzle the senses. Four thousand pieces of limestone were removed, refurbished or replaced. New pathways were installed, and beds were created. Most spectacularly, the fountains themselves incorporate up-to-the-minute features that will essentially let Longwood’s team create art out of water, light and fire. (Yes, the new system allows for flames.) “It should make people cry, it will be so awesome,” says Jim Garland, whose company, Fluidity Design Consultants, oversaw the fountains’ redo. “It should make people cry.” Somewhere, even amidst those tears, six-year-old Pierre is smiling.

Published as “Old Fountains, New Life” in the May 2017 issue of Philadelphia magazine.