On her upcoming appearance here with Seth Rudetsky, her performing history in Philadelphia, and (surprise!) … how polite the locals are.

Please note that due to a scheduling conflict, Chita Rivera’s appearance at the Merriam Theatre has been cancelled. 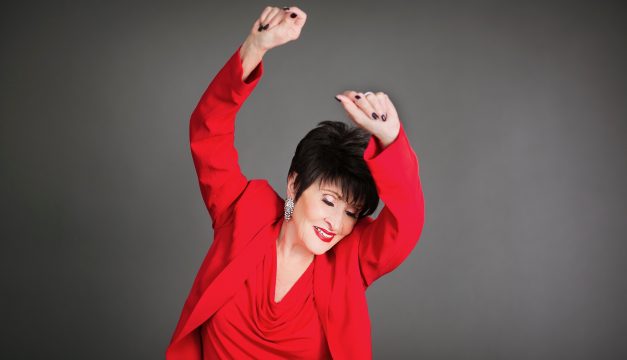 Chita Rivera will appear at the Merriam Theatre on June 3. (Photo by Laura Marie Duncan)

Two Tony Awards (and eight additional nominations). Created the roles of Anita (in West Side Story), Velma Kelly (Chicago), and the Spider Woman (Kiss of the…), among many others. A career that began on Broadway in 1953, hit stardom a year or two later, and continues. Especially celebrated for her high-octane dancing—she’s been muse to choreographers including Jerome Robbins, Bob Fosse, Gower Champion, Michael Kidd, and Peter Gennaro—she’s also an actor and a singer.

Chita Rivera is, indeed, a theater legend, but any nerves I had about talking with by phone vanished quickly—she’s charming, funny, and forthright, all of which supports her reputation as a great colleague; she’s also known as an inspiring mentor to a new generation of performers. We talked about this, about what we’ll see when she appears with Seth Rudetsky, her experiences performing in Philadelphia… and (surprise!) how polite the locals are.

Tell us about working with Seth Rudetsky. What can audiences can expect on June 3?
What’s amazing about Seth and what he does—what we will do together—is, it’s a formula that nobody else does. It’s very casual. The audience really gets to know the person, their intimate stories. Seth has the questions, but I don’t know what they are, so there’s an element of surprise. And from those questions, he leads brilliantly into the musical numbers. It’s very simple, it feels easy, and it’s very informative. Seth… he’s so brilliant, really.

How did you first meet?
Hmmm, how did we meet? Well, I might even have met him earlier—in this business, you meet so many people—but he played for Kiss of the Spider Woman… which opened exactly 24 years ago! (Note: It really did—we talked the day after that anniversary.) When he called me, and asked about doing it, I said yes, absolutely. Seth loves the theater so much—and he knows so much.

You’re also working on a show with Tommy Tune, which will be a tour.
That will be later in the year, and we haven’t really put it together yet—but we’ll talk about our histories in the theater. Music, dance, stories – that’s what it will be what people will see.

Recently, Andy Karl (Tony nominee for Groundhog Day) commented how moved he was by a text you sent him when he was injured.
I am a one thousand percent fan of Andy Karl! He’s what the theater is all about—dedicated and focused. When we appeared together in The Mystery of Edwin Drood, I watched him every night, and he was phenomenal. I thought then that he’s going to a big star—he’s a guy who’s funny, gifted, can sing, dance, and act. I asked him to join me in a performance at Carnegie Hall and he was sensational… really, sensational. I’m so happy for his success. I just think when good people get a break… I’m so happy to see it.

What did you tell him in your text?
I think he was worried that with his injury, he would let people down with his performance. I told him, you would never let anybody down—that you giving a half-performance would be more than most other people’s full performances. Really, he’s one of the good ones.

Tell me about your previous experiences in Philly. The theatre where you’ll be appearing, now called the Merriam, was originally the Shubert, by the way.
Oh! You’re kidding me? Honestly?  I remember it so well! You know, I performed a lot in Philly. Shows used to try out, and it was the place… well, along with New Haven, but for me at least, the shows I did mostly came in through Philly. The Shubert and the Forrest. I miss it. I’m not an old fogey, but there was nothing at all like rehearsing a show and doing it in Philly.

How so?
Audiences always told you exactly what they were feeling. You’d go to Philly, you’d get a real response, and if there was a problem, you’d fix it. It was wonderful, because new material went in there—it was fresh off the presses, straight from the brains of these brilliantly talented people. You know, I think we put “Spanish Rose” into Bye, Bye, Birdie when we were in Philly… and maybe also changed the Chicago opening number (“All That Jazz”). That was at the Forrest. Shows in that pre-Broadway period were at such an interesting stage in the process—everything was so fresh, so alive—the best creative ideas. And Philly audiences would tell us exactly what they thought. I miss it, really, I do—we should have it again. There are things you can’t work out in Broadway previews. But I guess it’s just too expensive to go out of town now.

How did you spend your time in Philly when you weren’t rehearsing or performing?
I remember next to the hotel, there was restaurant, it was called… the Harvey House! I went there all the time. Their hot fudge sundaes—they were the best! I would have one—especially if we got bad notes… or if I got a new song with seven choruses that I had to add the next performance. Truly, the memories of Philadelphia are like no place else I’ve ever had. All or our sins, triumphs, passions, everything were in those booths at the Harvey House. And we New Yorkers, we always used to think, they’re so polite in Philadelphia! People say “excuse me” when they bump into you. Tell me—do cab drivers still get out to open the door?

(Dumbfounded) Um, no—I’m afraid they don’t.
(Laughing) Well, they did then. We always used to talk about. Philadelphians—we thought their manners were supreme.

Chita Rivera and Seth Rudetsky will appear on Saturday, June 3 at the Merriam Theatre as part of the Kimmel Center’s Broadway Up Close series. For more information, visit the Kimmel Center website.