While most local bands last a handful of years, Stinking Lizaveta has been playing its unusual brand of music for more than two decades. 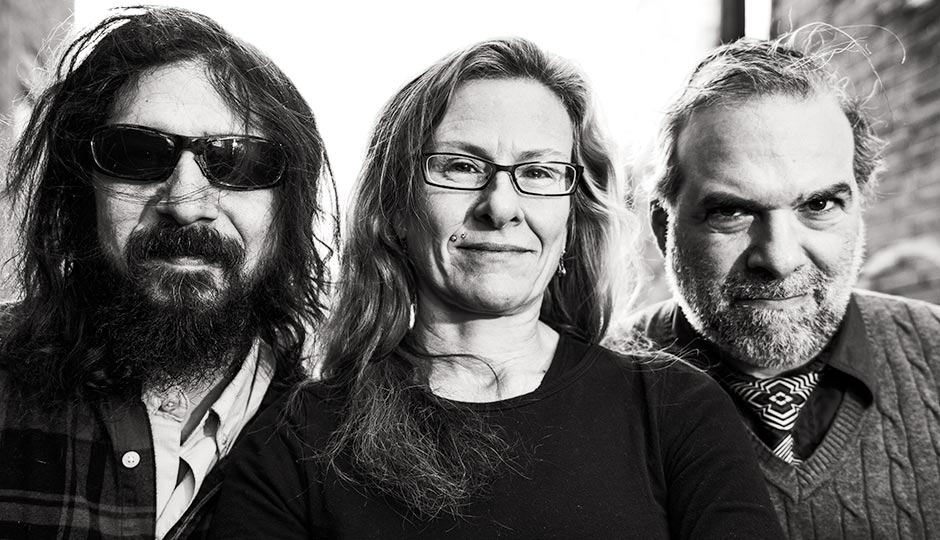 When you think heavy metal, what comes to mind is probably a shrieking vocalist hitting all sorts of falsetto notes that shouldn’t be humanly possible. But that’s not Stinking Lizaveta. The veteran West Philly heavy metal trio doesn’t have a singer. Never has.

“It’s not that we’re necessarily against it,” says guitarist Yanni Papadopoulos. “Honestly, we’ve just never really thought much about it.”

Papadopolous, his brother Alexi, and drummer Cheshire Augusta — yes, a female heavy metal drummer — have been shredding and pounding away sans singer since 1994, a veritable lifetime in the world of local rock bands. A record release party for their eighth studio album, Journey to the Underworld, is scheduled for April 14th at Johnny Brenda’s.

In its former life, Stinking Lizaveta toured all over the United States and Europe, where the band found an especially loyal following in the section of Germany once under Communist rule. But in recent years, things have slowed down, albeit just a bit. Alexi was hit by a car while riding his scooter, and Augusta was the victim of a hit-and-run in West Philadelphia. Then there was the dog attack that put Augusta out of commission for months.

Plus, it’s hard to be heavy metal gods once the spouses and kids come along. All of the members are married, and two have children, which makes it a little more difficult to get in the old tour van and drive across the country, as they’ve done several times. “But I think we’ll be doing this for a long time to come,” says Yanni. “It just works. That said, sometimes we do look at each other, completely dumbfounded that the other person doesn’t know what the hell we’re talking about.”

Published as “Spotlight: A Different Kind of Heavy Metal” in the April 2017 issue of Philadelphia magazine.