OPERA REVIEW: Tancredi had Pomp, Circumstance, and a Whole Lot of Voice

A beautiful production and a reminder of what brought many of us to opera in the first place. 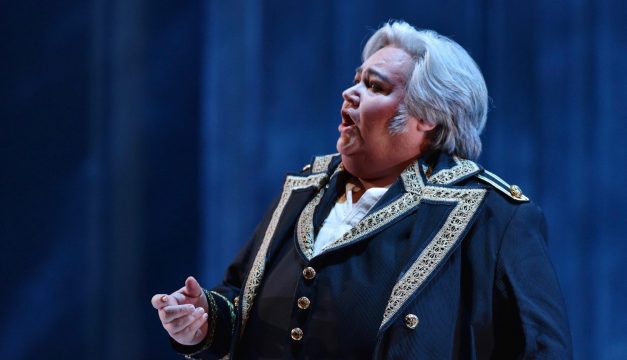 There’s a lot to be said for the old-fashioned pleasures.

Opera Philadelphia’s Tancredi was a throwback on several levels—starting with the work itself, one of Rossini’s first major successes. Tancredi’s plot (a political power struggle/star-crossed romance, set in the Byzantine Empire) and its rather sequential, stately dramatic structure are representative of early 18th Century style. Storytelling in opera would grow more nuanced and fluid over the next hundred years, but Rossini knew the power of virtuoso music—arias, duets, ensembles—to thrill an audience.  A similar sense excitement was very much present here at the Academy of Music.

For starters, the beautiful production (directed by Emilio Sagi, designed by Daniel Bianco, Eduardo Bravo, and Pepa Ojanguren) has the sense of scale one really wants in an epic. There are sly nods here at modernizing—while some of the architectural details suggest antiquity, the basic look is more Napoleonic or even Art Nouveau (including a gorgeous Klimt-like stained glass panel), and at one point the ensemble used something close to flashlights.  But regardless of the period mix, the staging captures a sense of historical pageantry. More important, it serves as a fine frame for the singers.

Another most welcome throwback was Stephanie Blythe in the title role. Her effortlessly theater-filling sound has the ripe, plummy coloration of mezzo sopranos of an earlier generation—in fact, her lowest notes sounded downright baritonal, making vocal sense of the cross-dressed military heroes. In the upper reaches, the tone has hardened a bit, and the florid work now has a sense of caution—but her verbally pointed, statuesque portrayal was honorable and sometimes awe-inspiring.

For volume and tonal density (also clarity of text), bass-baritone Daniel Mobbs, playing the villainous Orbazzano, was nearly Blythe’s equal.  Both of them felt connected to an earlier tradition of Rossini singing, where vocal amplitude was as important as the decorative writing (though there was no shirking in that department, either). 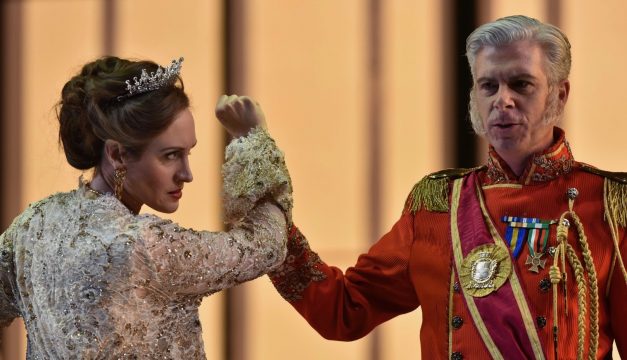 Soprano Brenda Rae (Amenaide) and tenor Michele Angelini (Argirio) were both smaller-scale performances, but they more than held their own.  Argirio is a hugely demanding and not always grateful role, but Angelini paced himself well, kept a strong legato line when singing even the most complicated coloratura passages, and delivered several terrific high notes.  Rae had plenty of opportunities to display her calling card—exquisitely launched and tapered soft high notes—even if the lower voice and textual enunciation didn’t always have much impact.  Her astonishingly easy upper register and fleet sense of ornamentation are a good complement to Blythe’s very different sound and style: their Act I duet, “Fiero incontro!.. E che vuoi?,” a highlight of the score, brought down the house.

About those mid-scene ovations (and there were several). I often find myself explaining to theater students—who think in terms of realism—how different this form is. In bel canto opera, mid-scene interruptions for applause actually create drama, rather than hinder it—the sense of competitive audience participation is a vital part of the theatricality.  So it was here, and one was aware how cannily Rossini’s score builds in excitement.

Conductor and Opera Philadelphia Music Director Corrado Rovaris has shown his mastery of Rossini style previously in Philadelphia; here, I was especially impressed by the sense of underlying pulse and momentum, and the fine playing he got from his excellent orchestra.

In all, a very fine and often memorable showing by Opera Philadelphia. Tancredi had Pomp, circumstance, and a whole lot of voice—a lovely reminder of what brought many of us to opera in the first place.