Every time Fishtown-based rocker Kurt Vile makes the trek back to his home city (technically he’s from Lansdowne, but whatever. Close enough.) it’s a special event. But last night, Vile brought fellow local rock act Waxahatchee with him to the Union Transfer, creating a powerful one-two punch of Philadelphia indie rock and roll.

The night began with Nashville-based acoustic singer Luke Roberts. But it wasn’t until Waxahatchee and lead singer Katie Crutchfield‘s arrival that the Union Transfer really began to fill up. The set was well-received, as the band’s electric, groovy sound was an excellent prequel to Kurt Vile and the Violators’ dreamy set. Vile’s set, which was jam-packed with songs off his latest album, b’lieve i’m goin down, was chill to say the least. Every song on the set list was from one of the band’s last two records, save for “Jesus Fever” and “Freak Train.” The band seldom moved around the stage, and Vile didn’t say too much to the crowd, save for a few “it’s nice to be homes”and such. This didn’t seem to bother those in attendance, a crowd of late-20s and 30-something hipsters. They knew what they were getting. For the majority of the set, Vile’s face was parked right in front of the microphone, albeit shielded by strands of his famous brown locks. All you could see of his mug was a little nose popping out, making it almost impossible to take a decent picture. The band kicked off the show with the third track from b’lieve: “Dust Bunnies,” the closest thing to an energetic, groovy rocker on the album. Actually it was one of the only upbeat songs all night, at least until “KV Crimes,” the penultimate song of the first set, was played. Following up “Dust Bunnies” was the latest album’s lead single, “Pretty Pimpin’.”

It’s not in Vile’s nature to be the outgoing showman you usually get at rock shows at Union Transfer. He’s far too laid back for that. But if you came to have a fun night out and hear some of your favorite songs performed almost exactly like they sound on the record, you got that in spades. 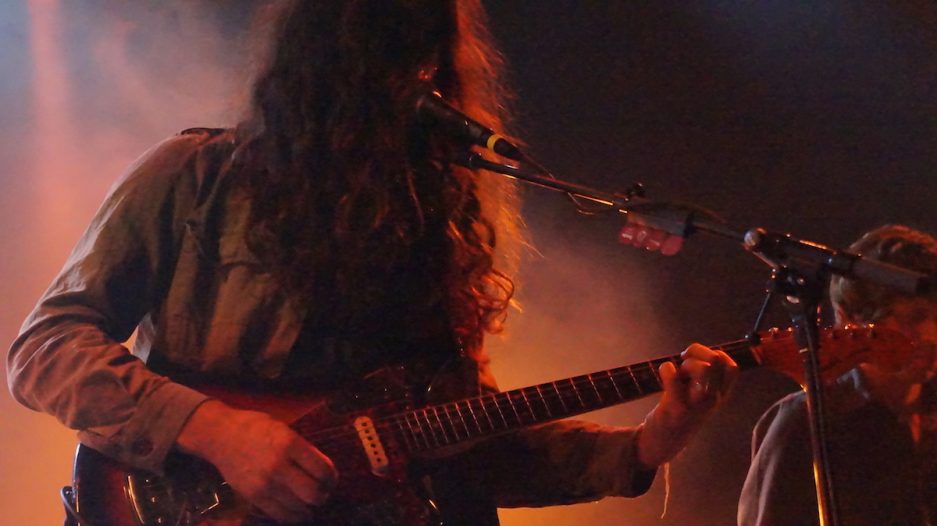 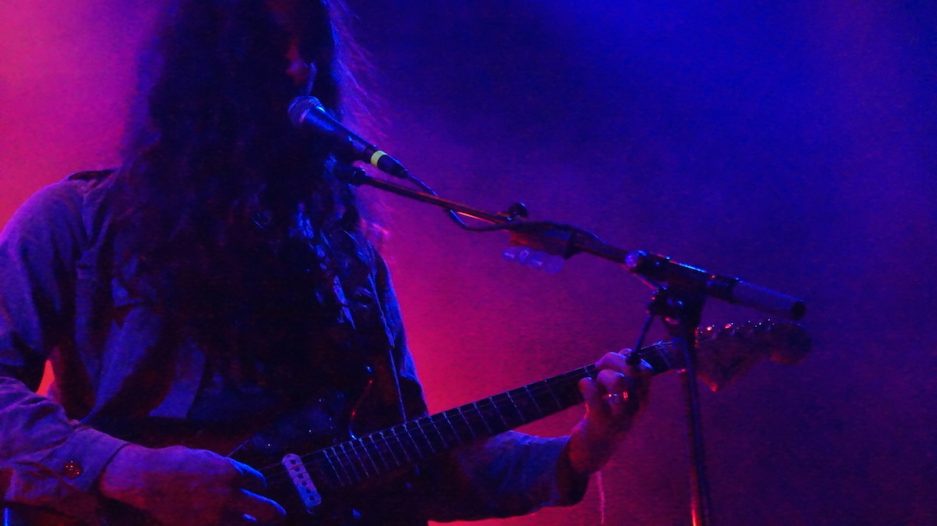 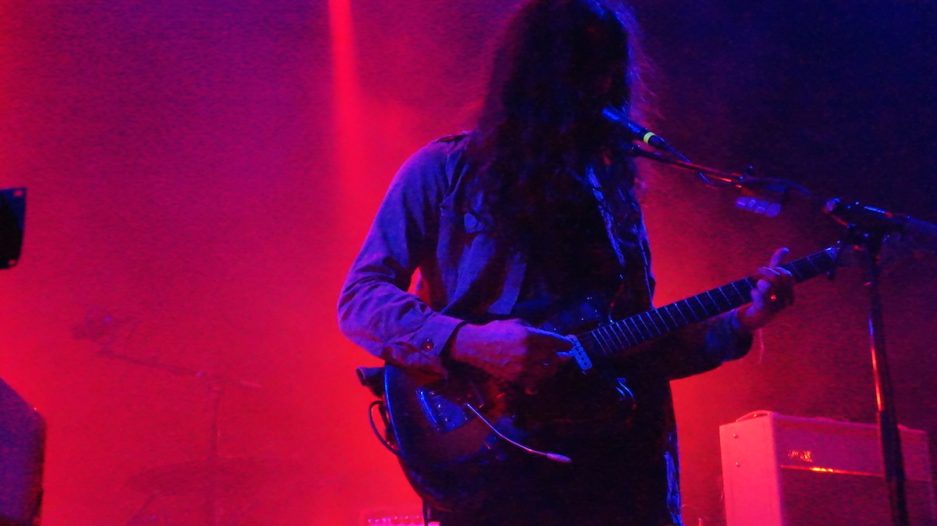