View of the mural from the roof of 1530 Chestnut Street.

Last week I told you about French street artist JR coming to Philly to host a free movie night at the Graham Building, but it appears that’s not all he’s in town for. As I type, the artist, who’s known for his phenomenal photographic murals that have been wheat-pasted the world over, is applying a 15-story mural on the South-facing side of the Graham Building at 15th and Chestnut streets.

The mural, titled Migrants, Ibrahim, Mingora-Philadelphia, is part of a yet-to-be-named global series by JR that focuses on immigration issues. The subject is Ibrahim, a Pakistani immigrant who lives and works in Philadelphia. The work is sandwiched between two buildings and above a narrow alley between Market and Chestnut streets, so it’s obstructed from easy view. This was done to remind us that immigrants are all over, but we don’t always see them. The best viewing spot is in the middle of the South side of Chestnut street, between 15th and 16th streets.

The mural is being done in conjunction with Mural Arts‘ Open Source project, a summer-long exhibition that features site-specific works all around the city from 14 local and international artists. JR is the second of those artists to contribute so far. The 32-year-old lives in France and New York and has displayed his large-scale portraits on buildings, streets and walls in cities across the globe. This is his first contribution to Philadelphia. It is expected to be finished in the next two days. 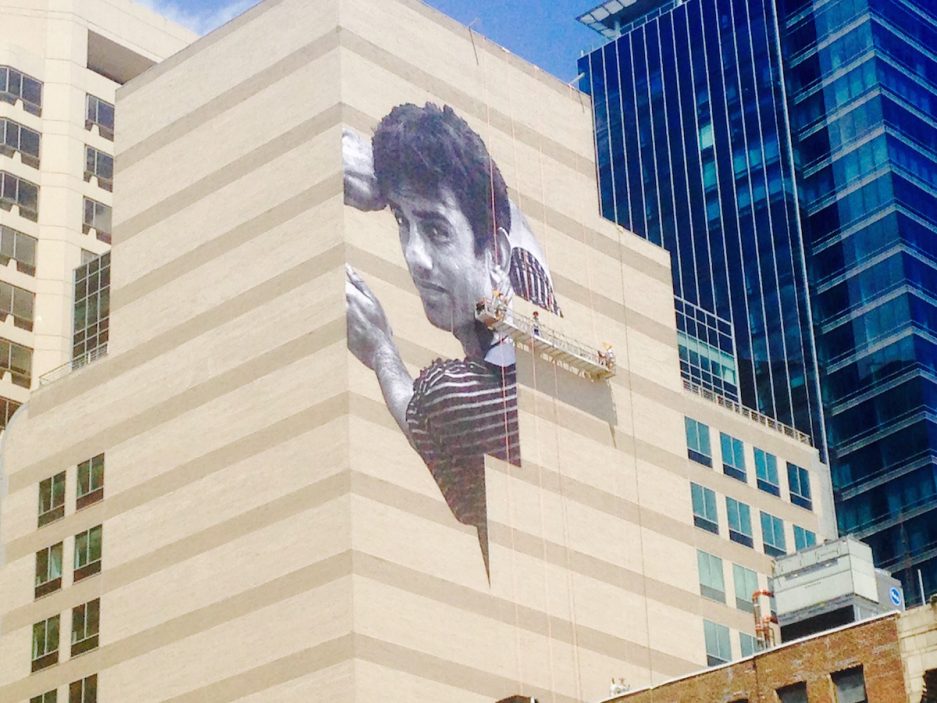 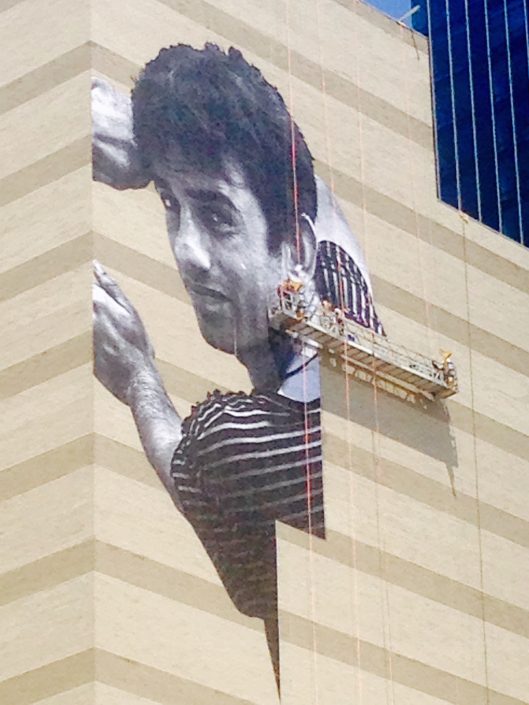 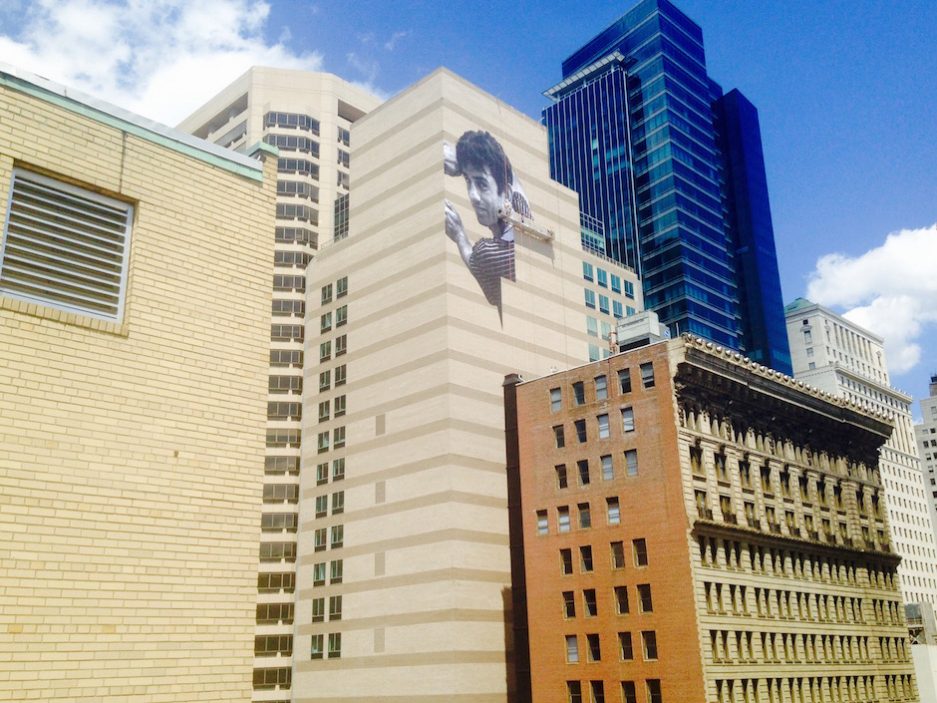 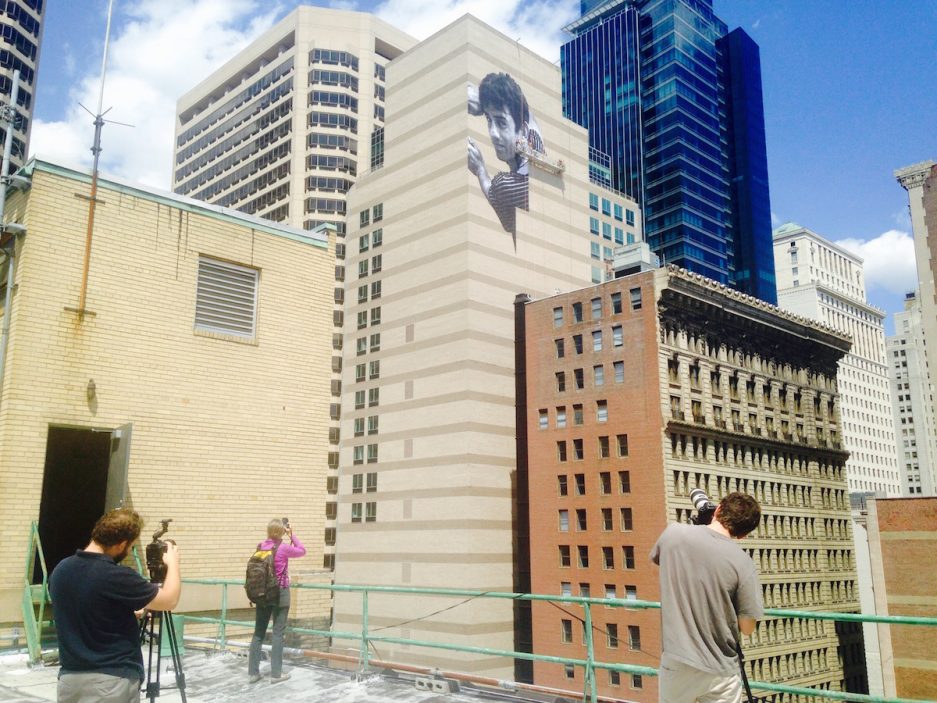