Philly artist Joe Boruchow says his work has been stolen, but the parent company of the exhibit says not so fast. Left: The “A Reflection of Progress” pavilion; Right: Joe Boruchow’s “A Closed System”

Eager Philadelphians have been waiting with bated breath for the opening of The Oval’s “Future Sensations” exhibit, a giant light-up series of installations that have been touring around the globe. But there’s one local artist who isn’t looking forward to the show as he claims that the event’s sponsor, Parisian building materials company Saint-Gobain, ripped off his own design for one of the giant installations.

Joe Boruchow, the artist who created a 2012 work titled “A Closed System,” says that “Future Sensations” deliberately used one of his designs in the “A Reflection of Progress” pavilion. In an open letter to both Saint-Gobain and the press, Mr. Boruchow explained his disdain and concern for the upcoming exhibit:

“I am an artist that has been publicly displaying my work in Philadelphia for the past 15 years and can’t understand why you would not acknowledge and compensate me for the work that you clearly stole for your promotional display … The years of hard work that I have put in to devising my technical and artistic reputation will be severely damaged by your abuse of my rights and I am incensed and insulted that it will be displayed in front of the Philadelphia Museum of Art at Eakins Oval — a space that I aspire to show my work albeit without your commercial intentions. To falsely portray your company as a patron of artists in the city of Philadelphia with this clear rip off of my work is an affront to our great city and its fine artists’ community.”

When asked how the exhibit’s creators, who have toured the work internationally before the upcoming installation in Philly, discovered Mr. Boruchow’s work, he suggested that the creators “are familiar with my work and got it off my blog.”

Saint-Gobain’s vice president of communications, Carmen Ferrigno, has issued a statement regarding Mr. Boruchow’s claims. In part it reads:

“We were surprised by Mr. Boruchow’s claims since the Saint-Gobain work is an independent creation of the artist Bruno Tric commissioned by Saint-Gobain’s outside design firm, FC2, located in Paris, France. It was created in that city in May of 2014 and constructed in the Czech Republic thereafter. There is no indication that Mr. Tryc or FC2 had access to or did actually access Mr. Boruchow’s work. The works are considerably different in a variety of ways. To the extent that there are similarities between the two works, it is simply that they are both what is commonly called Line Art, that is, a variety of geometric shapes created by the use of lines. Such art is quite common and pre-dates the creation of either work.

That said, we recognize and appreciate Mr. Boruchow’s work in and around the City of Philadelphia and would be happy to explore working with him, either through the Saint-Gobain Foundation or another kind of partnership to encourage students to embrace the interaction of art and science.”

We’ve included a mini-gallery below of Mr. Boruchow’s work and the “Future Sensations” pavilion. Ultimately, it will be up to those who attend the exhibit to make a judgement call about the similarities and differences between the works. 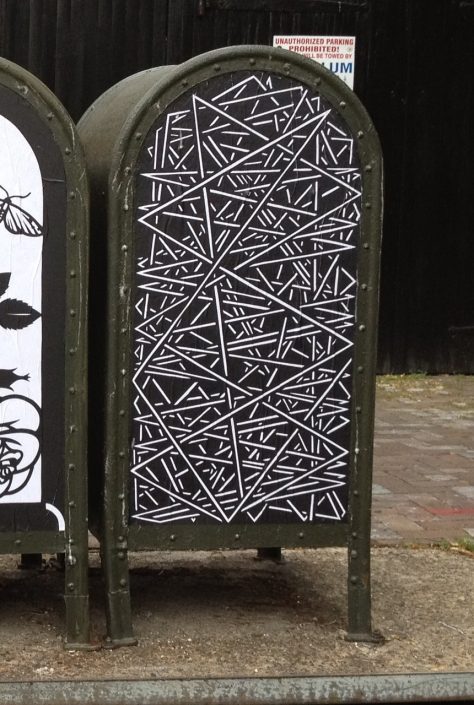 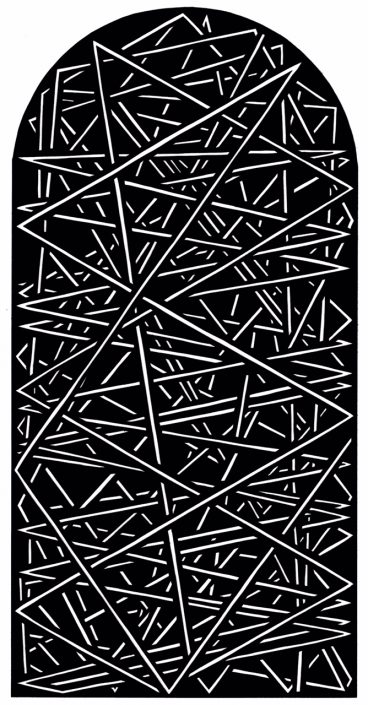 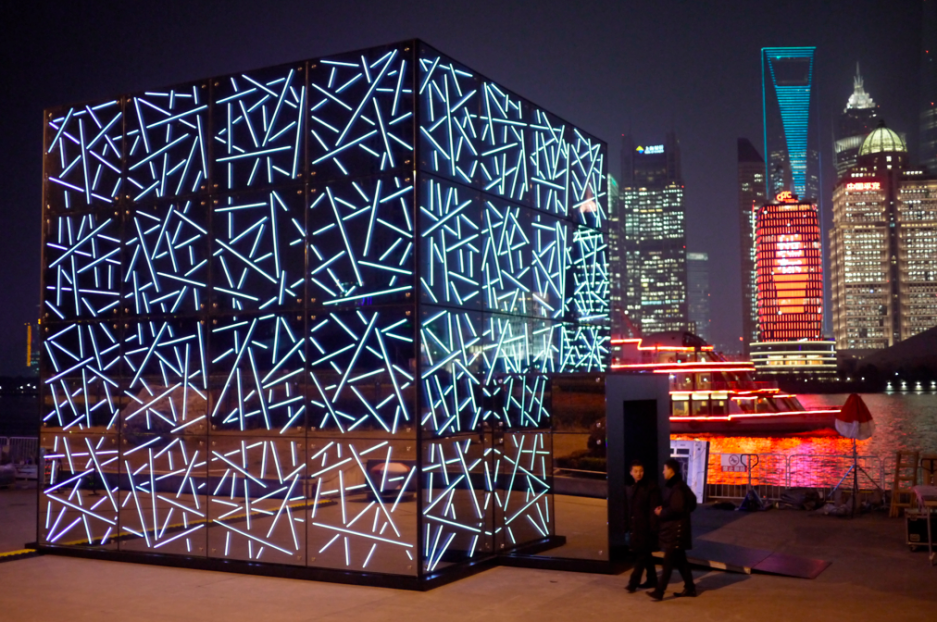