It’s been 8 years, 7 months and 28 days since Sleater-Kinney played in Philadelphia. I was really lucky to be in the audience on July 31, 2006 at the old Starlight Ballroom because there were only three more shows left on their goodbye tour. Original riot-grrrls Corin Tucker, Carrie Brownstein and Janet Weiss called it quits after the release of their seventh and critically acclaimed album, The Woods, shocking the music industry and their deeply loyal fans. When these rockers get together, it’s like lightening in a bottle.

Picking up where they left off, the hard-rocking trio blew the vaulted ceilings off of Union Transfer Saturday to an exuberant sold-out crowd. Let me be clear: This tour is certainly not a comeback or a reunion. Flying right out of the gate with “Price Tag,” the first track off their new album, No Cities to Love, Brownstein’s penetrating riffs, Tucker’s profound vocals and Weiss’s pounding drums grabbed hold of us and never let go. I’ll be honest, after the fourth track out of 23, I was swept away. We all were. I couldn’t help but notice glimpses between band mates enjoying themselves. Brownstein shouted out, “Watch your vocal cords. (Laughs) No, scream your fucking heads off!” 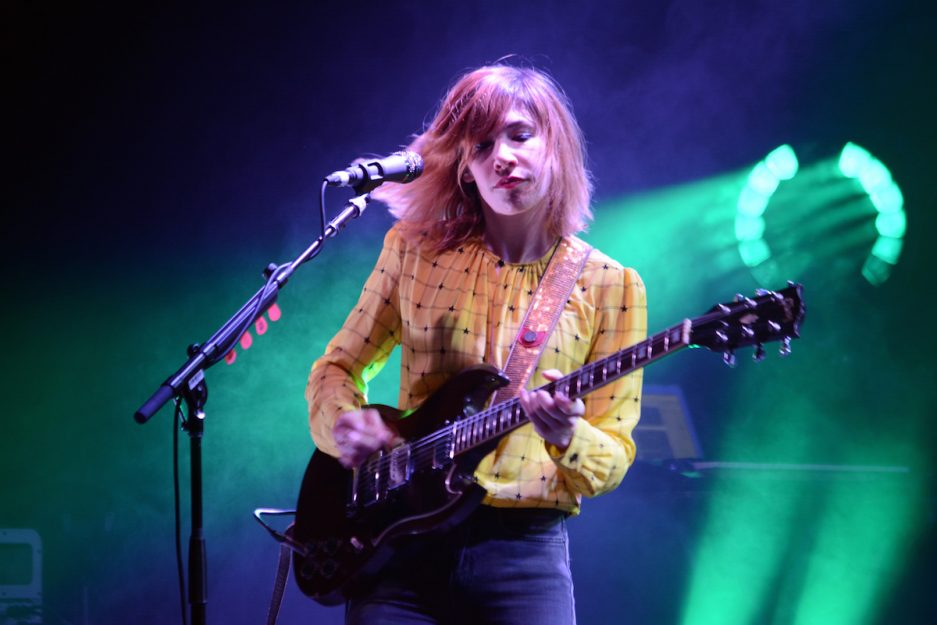 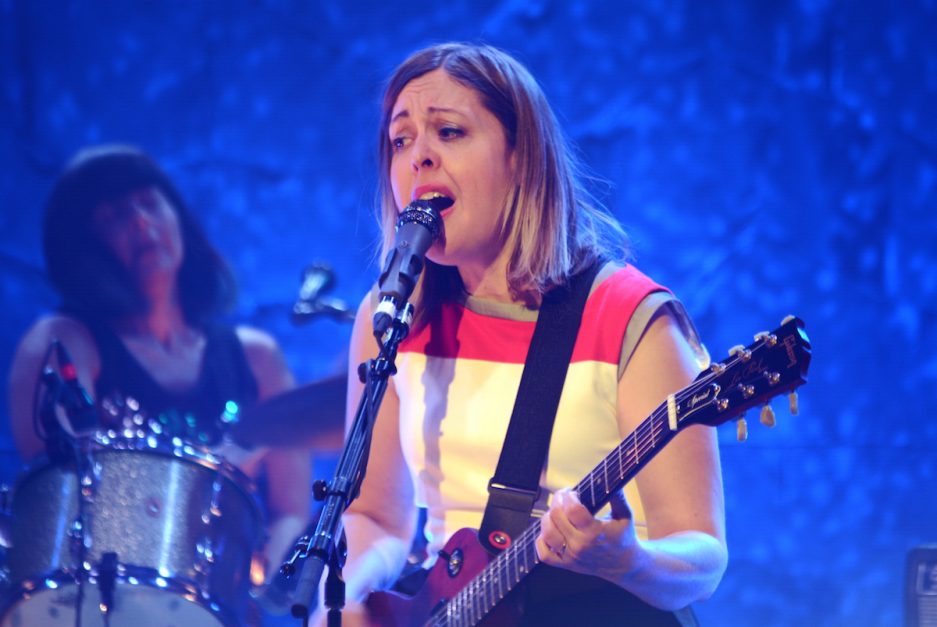 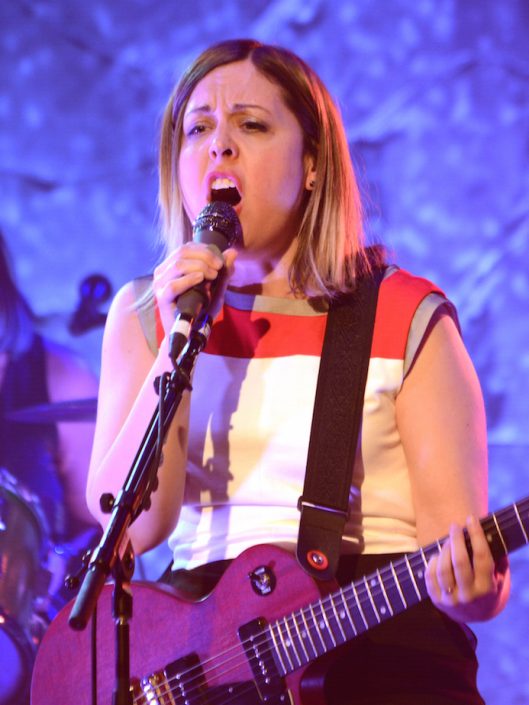 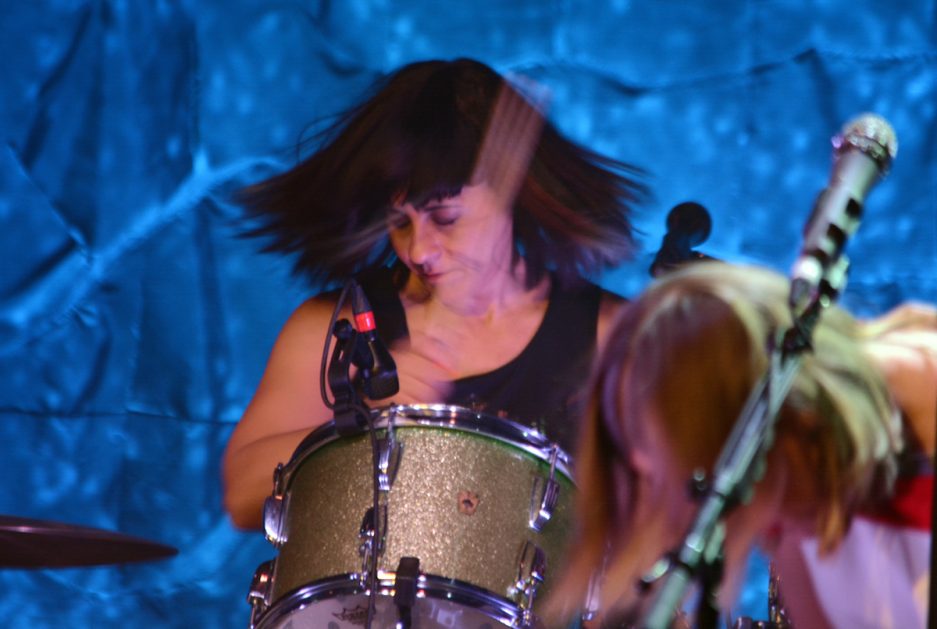 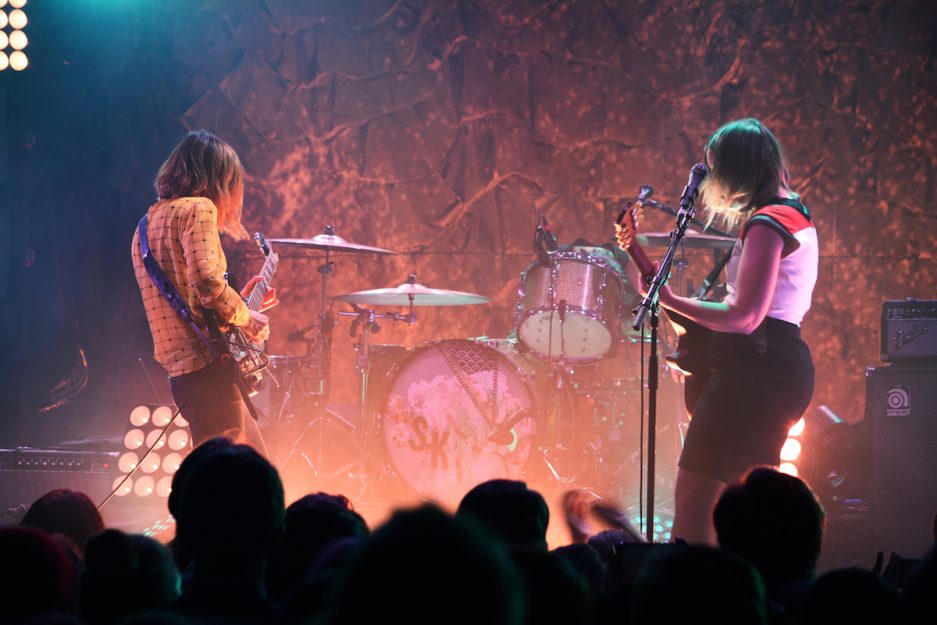 Sleater-Kinney will always be a force-to-notice in the music scene, with their predominately political and feminist ideals. And it seems the cultural climate has finally caught up to what they have been promoting for almost two decades. As the encore began, Tucker grabbed the mic and gave an inspiring statement about women’s reproductive rights and equality for all. Then they brilliantly launched into “Gimme Love” followed by classics like “Little Babies” and “Dig Me Out.” More photos from the night above.