17 Things to Do in Philly This Weekend: Dave Attell, Ursula Rucker, First Friday Picks and More 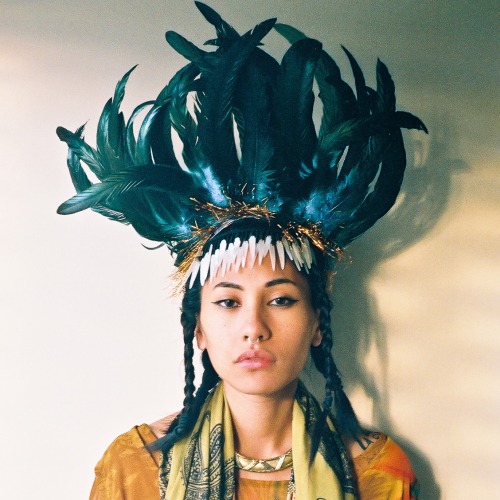 The Divine Feminine by anonymous bodies

King Britt and anonymous bodies founder Kate Watson-Wallace teamed up for this collaboration of music, dance, and video dedicated to celebrating the feminine role in the "matrix of creation." The show features performances by Xenia Rubinos on vocals, Low Leaf on harp and electronics, Ryat on electronics and vocals, Monico McIntyre on cello, Jasmine Hearn dancing, and Linda Aubry Bullock on visuals. There will be an after-party with DJ The Queens. February 6th, 8pm, $15-$20, Fringearts, 140 North Columbus Boulevard. 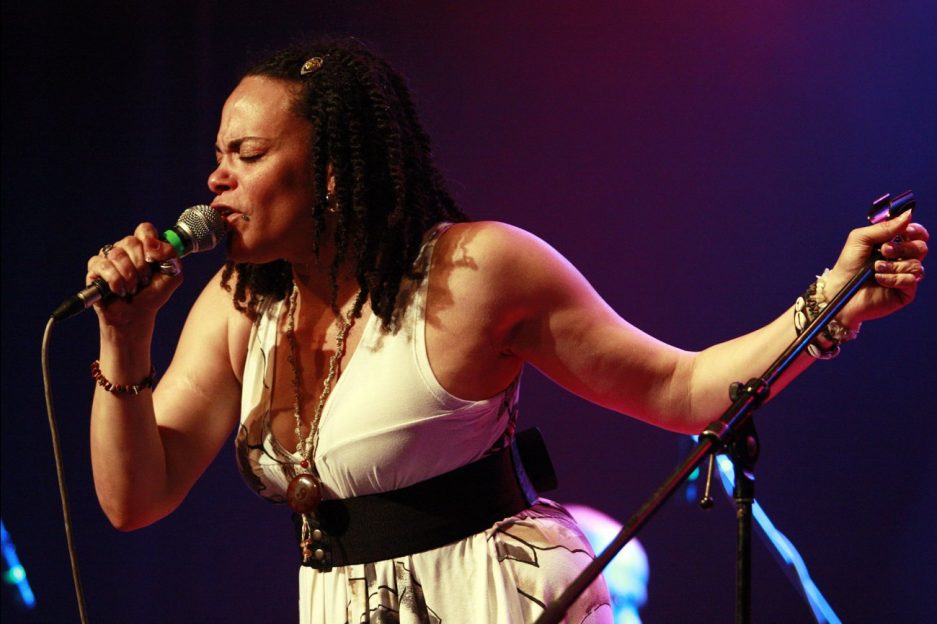 If the phrase “spoken word” makes you yawn, you’ve probably never seen this Philly-born-and-bred poet-activist, whose visceral live performances elicit chills, not eye-rolls. Rucker got her start 20 years ago at the old Zanzibar Blue and has since teamed up with local talent like King Britt and the Roots. Now 47 and a mother of four boys, she’s looking into the past for her newest work, My Father’s Daughter, an “epic poem” with live music that serves as a memoir of her mother’s life. “When I was 20, my parents and I were arguing, and my father said to me, ‘You’re your father’s daughter,’” she recalls from her Germantown home. “And my mother said to him, ‘But what about my father’s daughter? You never took care of her.’” In addition to the new work, Rucker promises an album — her sixth — in 2015. “The motherhood thing keeps me doing this,” she says. “Hustling new ways to keep doing what I do, so I don’t have to go punch a clock.” February 6th - 7th, 8pm, $20-$30, Annenberg Center for the Performing Arts, 3680 Walnut Street. —Victor Fiorillo 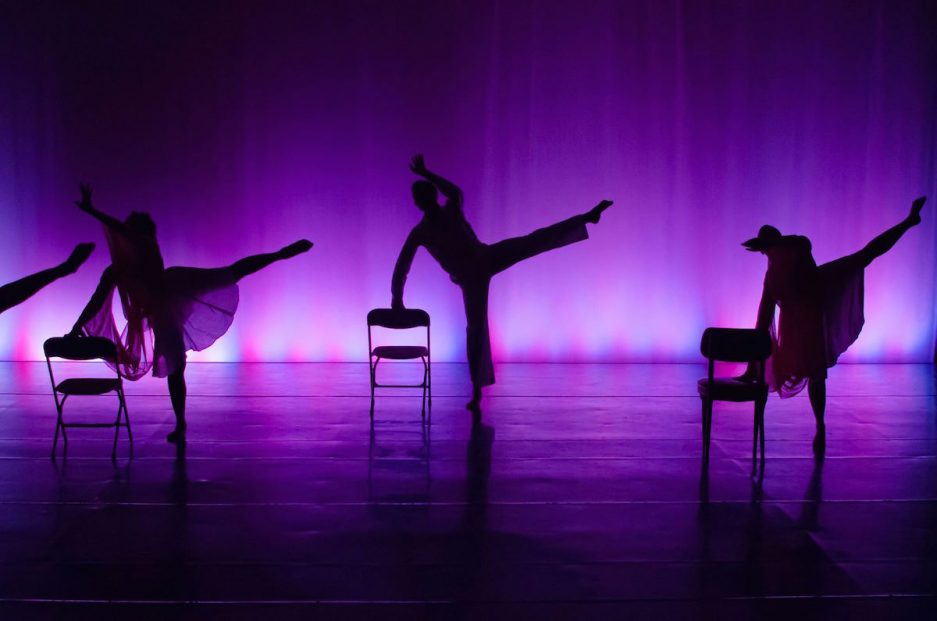 Roger Lee believes that Black History Month should not only be a look back on African American history, but a celebration of what's happening now. To do this he's choreographed an interpretive performance inspired by the ways his dancers view and celebrate black history. Should be a powerful performance. February 6th-7th, 8pm, Performance Garage, 1515 Brandywine Street. 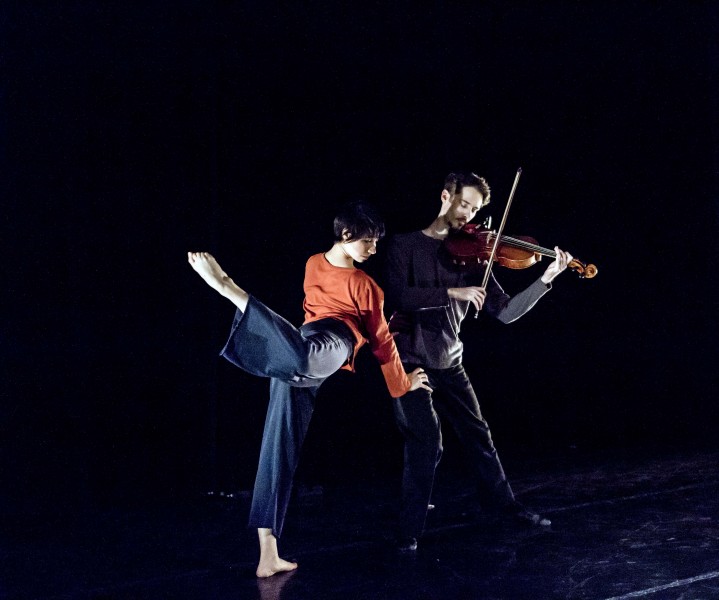 An Evening of Duets

This pre-Valentines performance, curated by Melissa Chisena, features a variety of duets that convey emotions running the gamut from romantic to the volatile. The evening will include works of music, poetry and dance by 12 companies and choreographers from Philadelphia and New York City, including Alicia Sehn, Treeline Dance Works, RealLivePeople and Chisena's own Chisena Danza. February 6 and 7th, 7:30; February 8th, 3pm, $15-$18, Community Education Center, 3500 Lancaster Avenue. 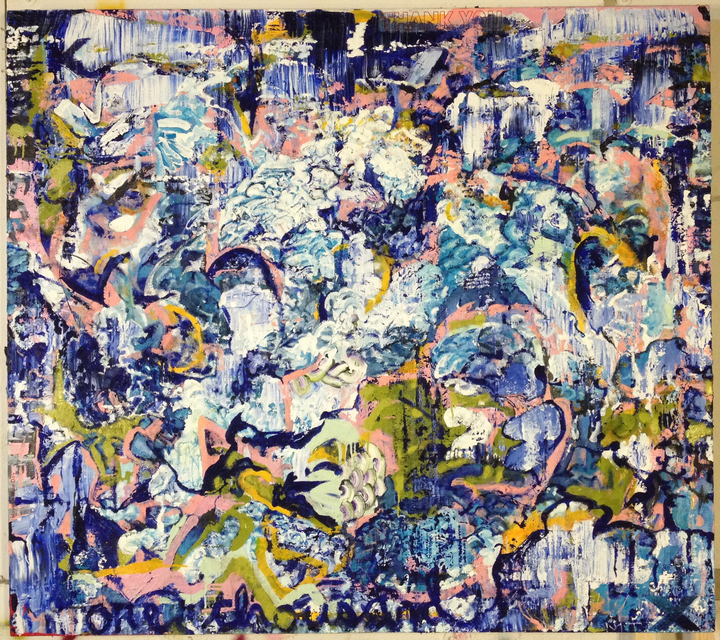 This Friday, Painted Bride Art Center celebrates their latest exhibit with a grand-opening party. The exhibition features five artists who drew inspiration from their immediate environment to create art that looks at how race and class influence peoples' perception of themselves. Look out for I Was Of Three Minds: Understanding America Through Bluebirds and Blackbirds, a collaboration between local painter Mat Tomesko (whose There are Too Many Heavens to Ever Tell is picture above) and sculpture artist Roberto Lugo; and work by Jesse Krimms, who developed his unique method of drawing, painting and printmaking while serving a 70-month prison sentence. February 6th, 5-7pm, Painted Bride Art Center, 230 Vine Street. 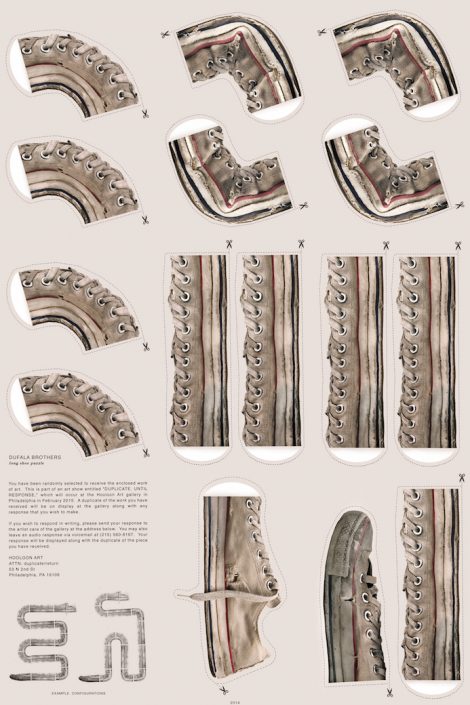 If a piece of art from a complete stranger fell through your mail slot recently, here’s why: Curator Laris Kreslins cultivated a team of more than 25 artists who were tasked to create a piece of art that they duplicated and then sent to a random person in the U.S. The other piece will hang in an exhibit that opens this weekend at Old City’s Hooloon Art. More here. 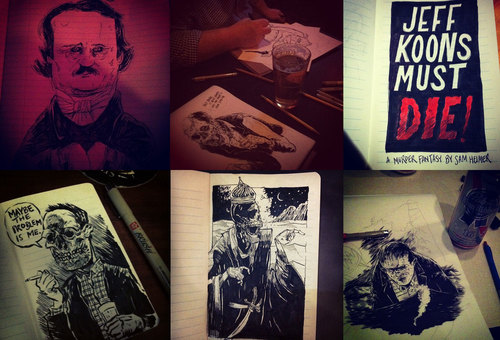 Sam Heimer drew inspiration for his latest project by going to bars, where, if he found a good one, he would come into contact with all kinds of colorful folk—from the bartenders to the bouncers to the oh-so-tipsy. He looked at each watering hole as a potential studio and each person as a subject. See how his excursions translated to art at LMNL Gallery, which is hosting a grand-opening of his exhibit "Why Are You Here" with a live-drawing event on Friday. February 6th - 7th, 7:30pm/9pm, LMNL Gallery, 1526 Frankford Avenue. 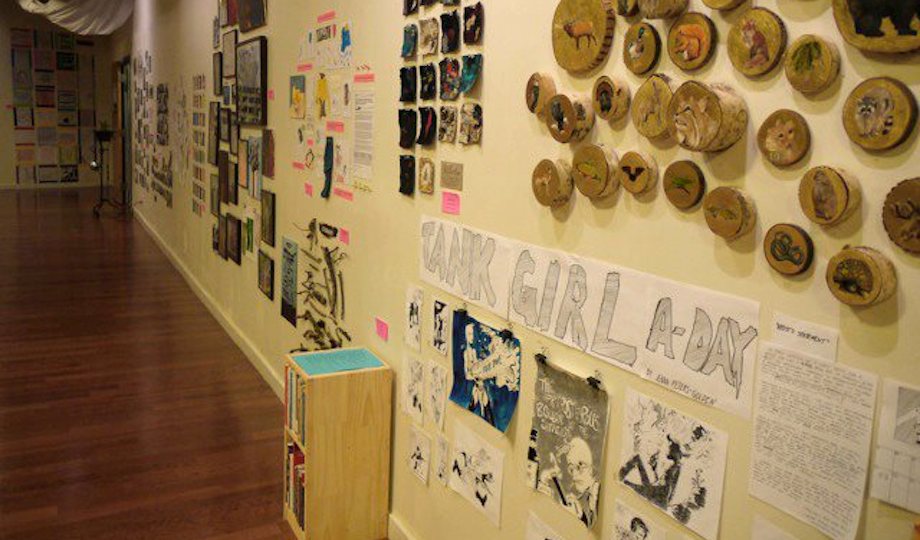 For its annual Fun-A-Day Art Show Studio 34 tasked everyday people to create 31 art pieces—one for each day of the month in January, and then submit the work for public exhibition. That exhibit gets a grand opening this First Friday, offering an opportunity to see how various people—artists and non-artists alike—express themselves through art. February 6th - 7th, 7-11pm, free, Studio 34 Yoga/Healing/Arts, 4522 Baltimore Avenue. 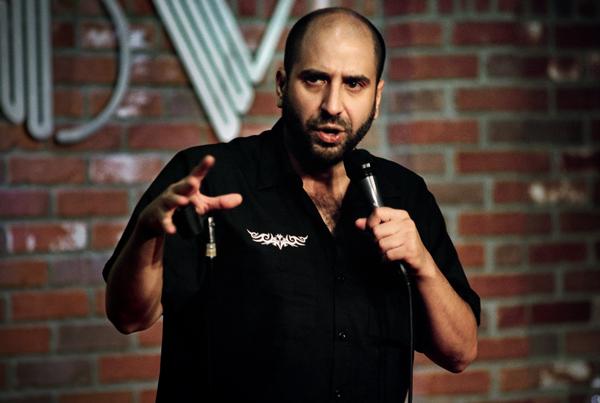 Dave Attell, ranked as one of the "25 Funniest People in America" by Entertainment Weekly, has appeared on everything from Insomniac and The Gong Show with Dave Attell to Saturday Night Live and The Daily Show. This weekend, though, he’ll practically be in your backyard. February 6th, 8pm, $35-$45, Valley Forge Casino Resort, 11601 1st Avenue, King of Prussia. 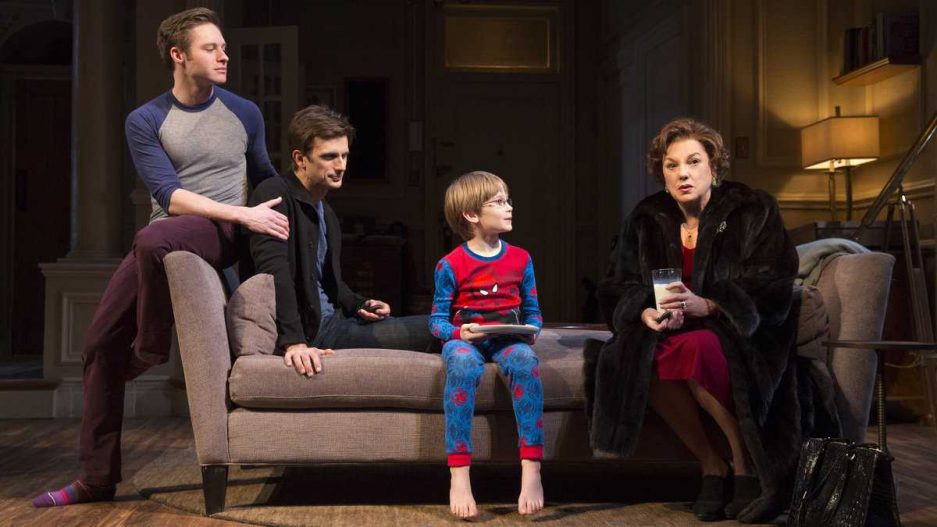 Philadelphia Theatre Company presents one of the latest works by playwright Terrence McNally. The Tony-nominated show concerns a mother who, on the 20th anniversary of her son's death, decides to visit his ex-parter Cal. There she meets his husband and son, and learns about the power of forgiveness and acceptance. The show stars Michael Learned, who you may remember as Olivia in 1970s television series The Waltons. More info and tickets here. Tuesday, February 10th - March 8th, 8pm, $52, Suzanne Roberts Theater, 480 South Broad Street. 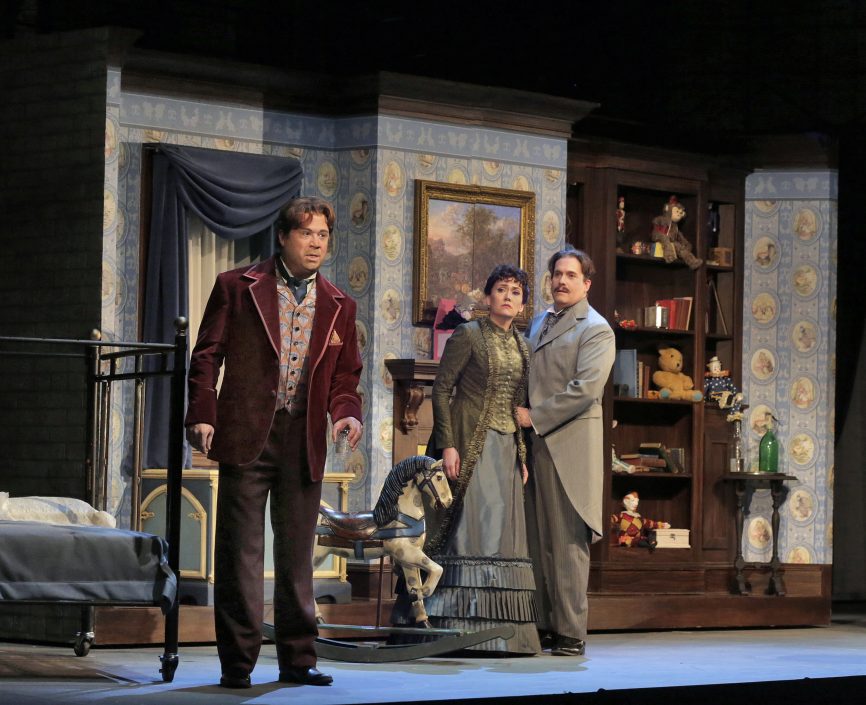 David Daniels is widely regarded as the world's leading countertenor, who has performed in opera houses around the globe. Now, Opera Philadelphia brings Daniels to the Academy of Music in Oscar, a new opera that had its world premiere in Santa Fe in 2013. The work is based on the trials and tribulations of iconic literary figure Oscar Wilde, whose private life ultimately became devastated after his affair with Lord Alfred Douglas. February 6th - 15th, 8pm, $19-$239, Academy of Music, 240 South Broad Street. —Bryan Buttler. 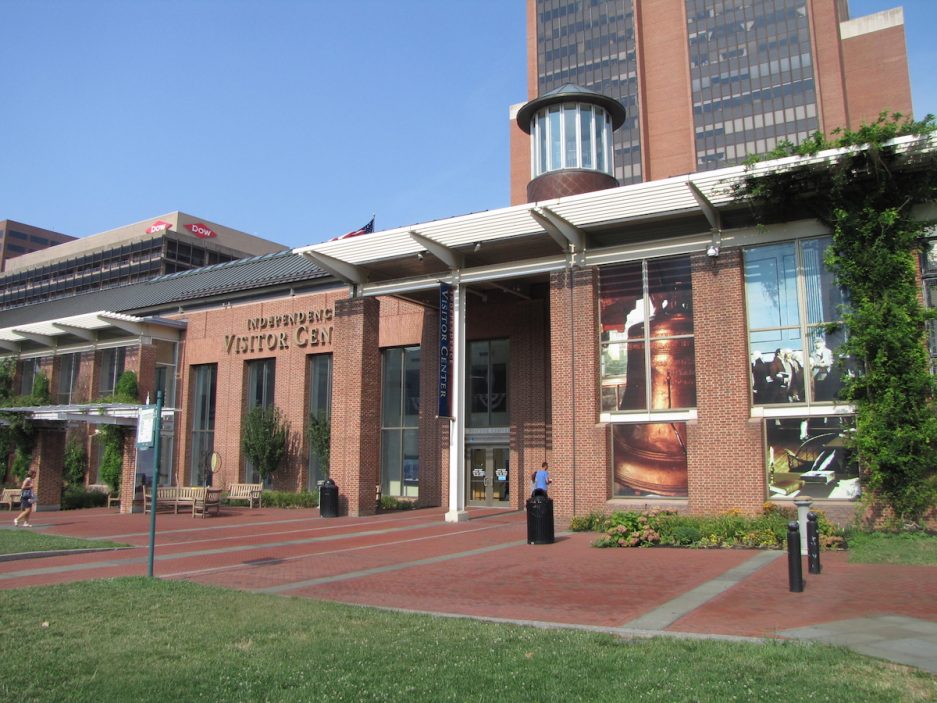 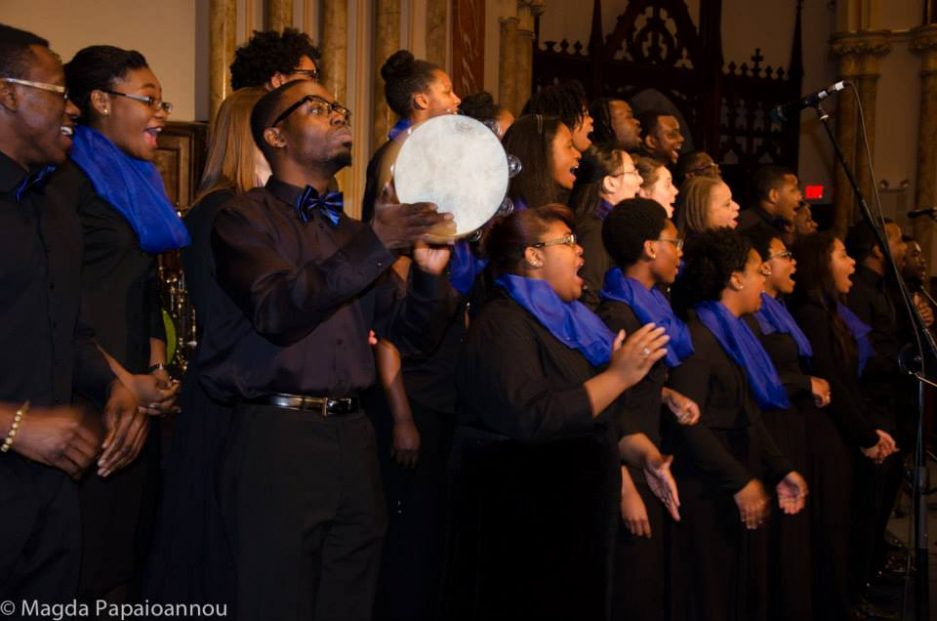 And They Sang a Hymn

Hymns have been part of the African American church since the 1800s, but, inevitably, time has changed the way they were sung—until now. Hear the Drexel University Gospel Choir take it back to the way they were as they perform "gospelized" versions of beloved hymns, which accompaniment from the Drexel Jazztet. February 7th, 5pm-7pm, free, Mandell Theater, 3141 Chestnut Street. 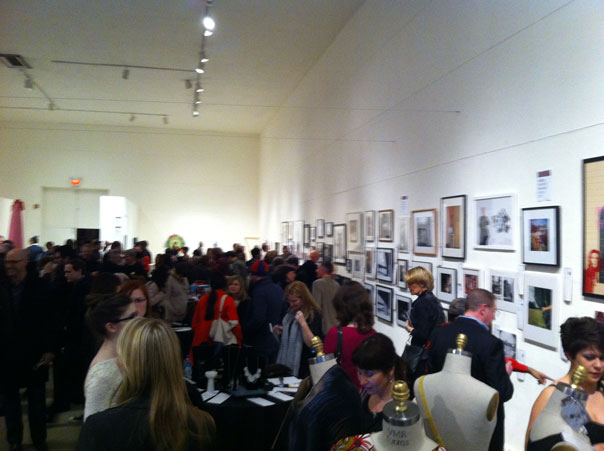 An opportunity to support a good cause and experience a variety of works—from paintings to sculpture to jewelry—from some of Philly's most exciting emerging and established artists. Proceeds benefit InLiquid, a nonprofit that works to cultivate opportunities for up-and-coming artists while exposing the public to art that may have otherwise gone unnoticed. February 7th, 5pm - 10pm, $50-$100, Crane Arts, 1400 North American Street. 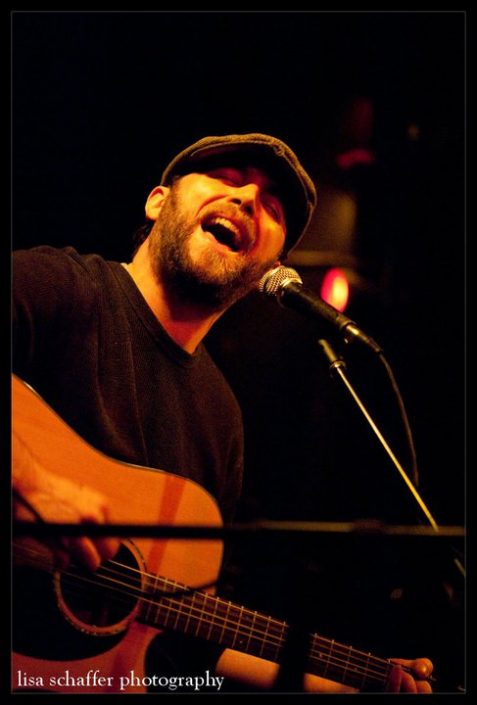 Join World Café Live this Saturday afternoon for the 3rd Annual Winter Doldrums Music Festival. There will be 20 local bands, including The Rent A Cops, No Good Sister, and John Galla, a silent auction pimping memorabilia from various Philadelphia-based musicians and artists. The proceeds from this silent auction will go to the American Foundation for Suicide Prevention - Philadelphia Chapter. February 7th, 12pm,$18-$21, World Cafe Live, 3025 Walnut Street. 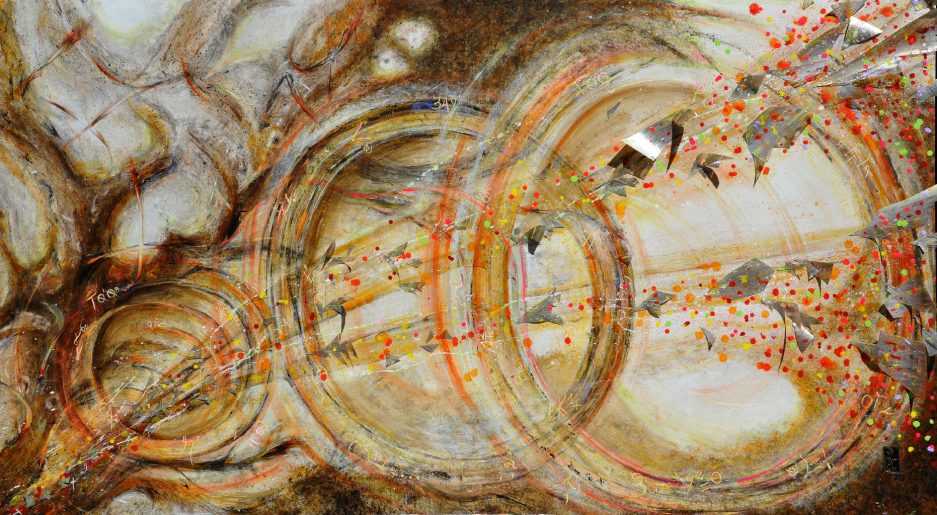 Contemporary French artist Chantal Westby's opening at the Bazermore Gallery is being celebrated this Saturday. You’ll recognize her work by their neat and clean lines that express vigor and expression, and her graceful use of a controlled color palette. There will be light refreshments and food served at this weekend's opening reception. February 7th, 6pm - 9pm, The Bazemore Gallery, 4339 Main Street. 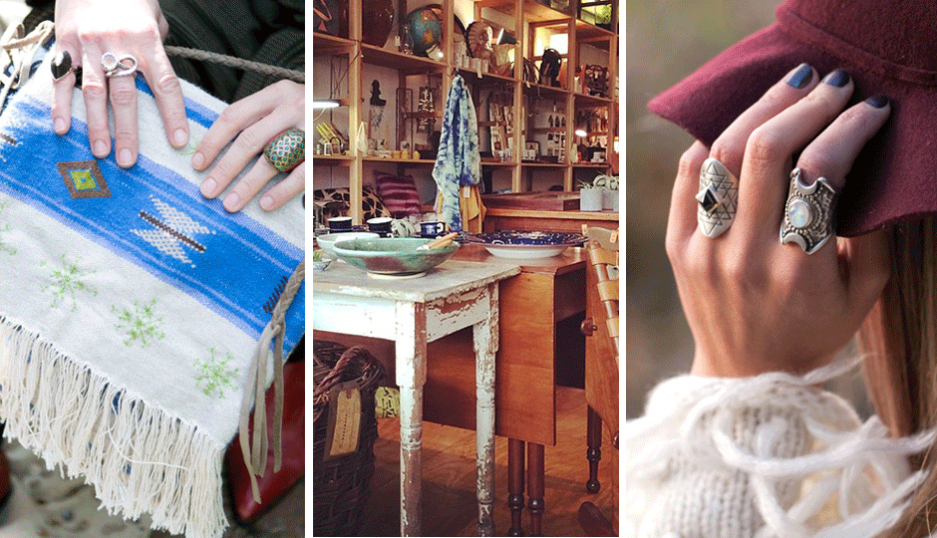