PHOTOS: Pizza Underground at The Oval

“Do you guys like pizza? Do you like punny songs about pizza? Good! Because that’s all we got.”

So began Velvet Underground cover band The Pizza Underground’s show at Eakins Oval on Friday. They were there to headline before The Awesome Fest’s screening of Teenage Mutant Ninja Turtles. 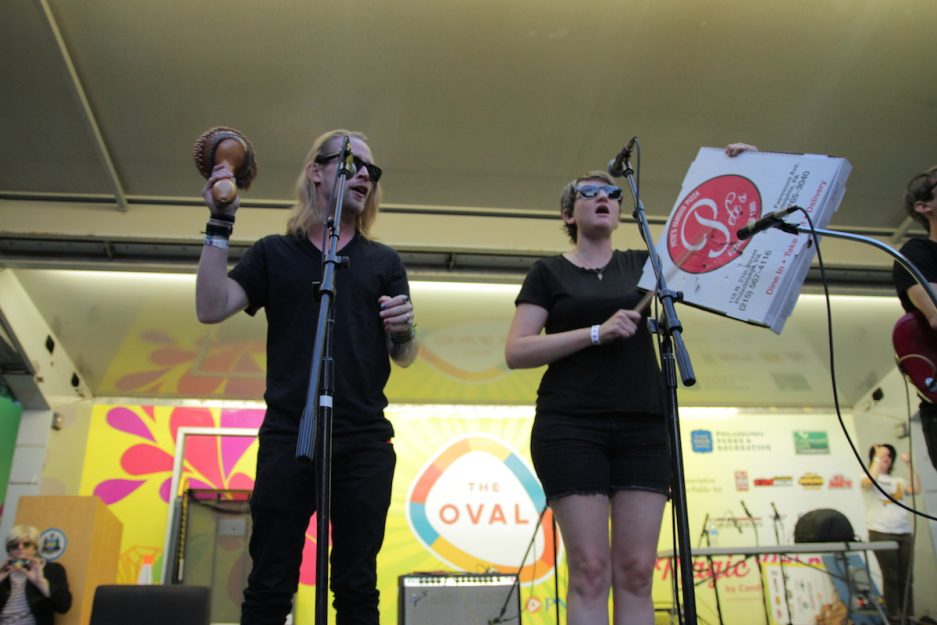 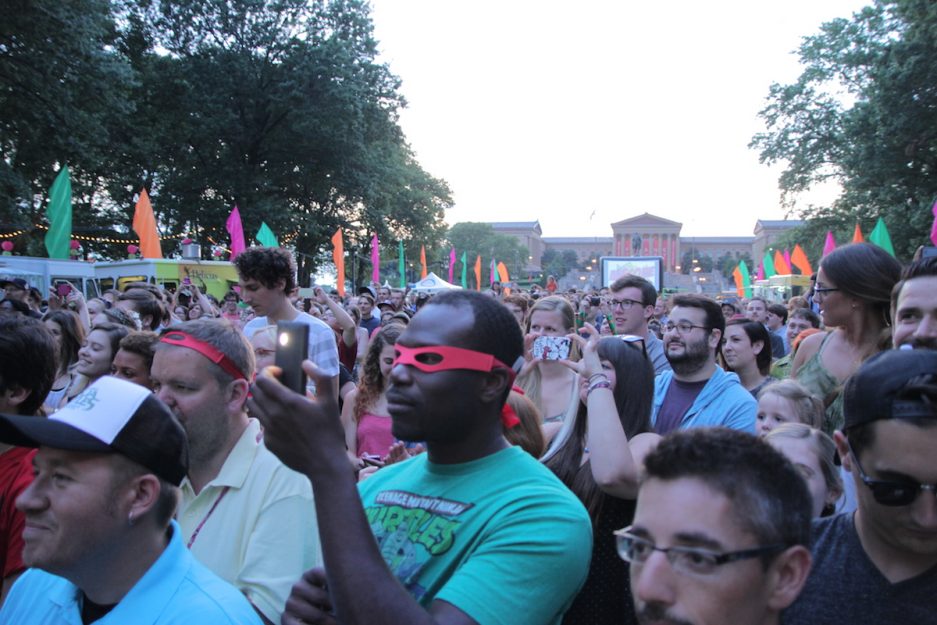 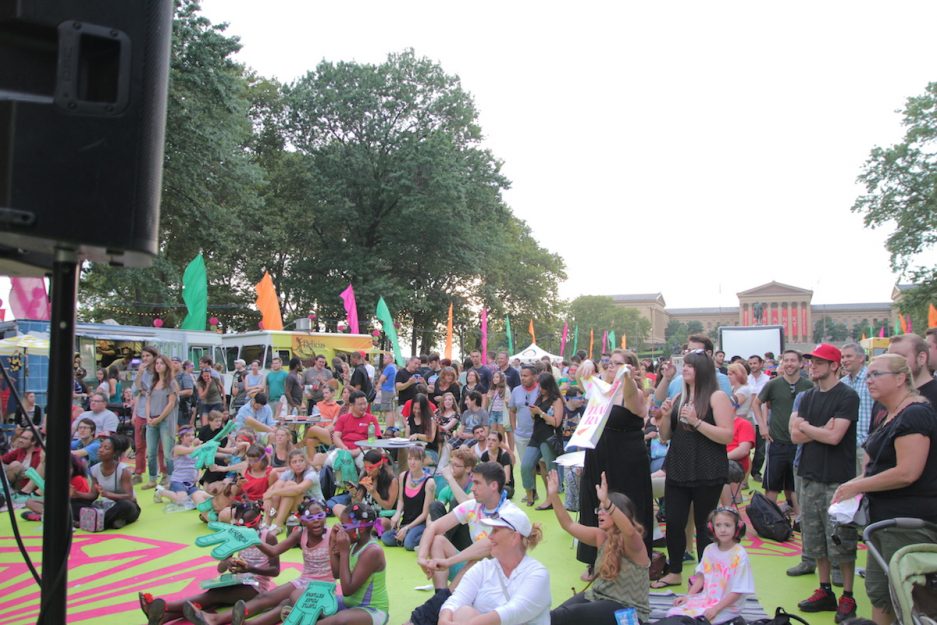 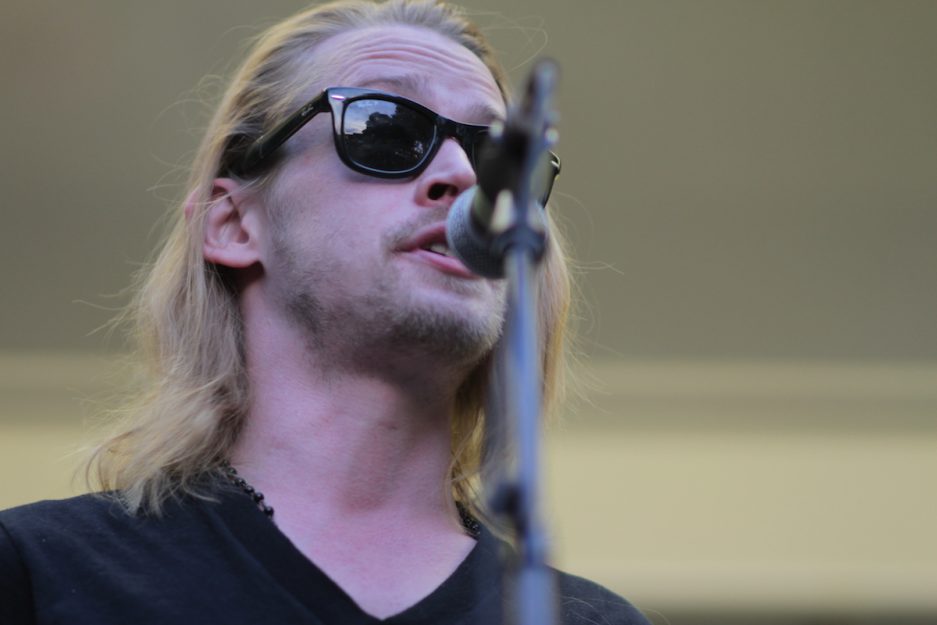 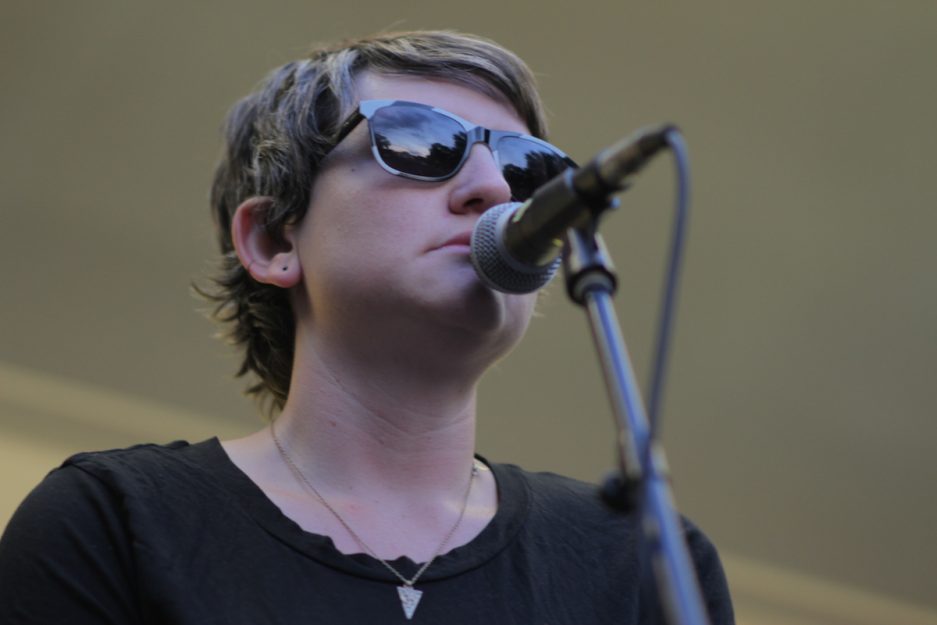 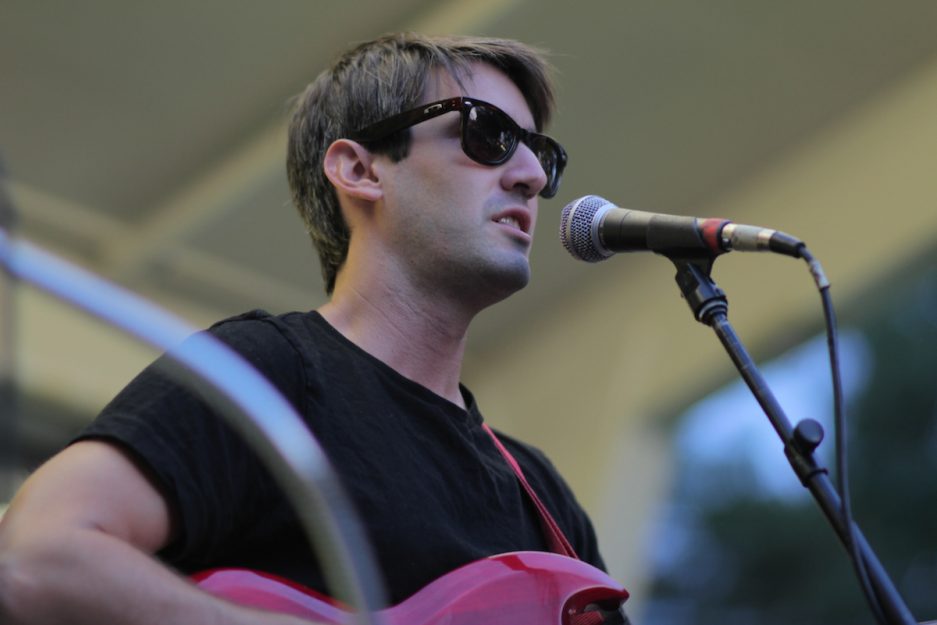 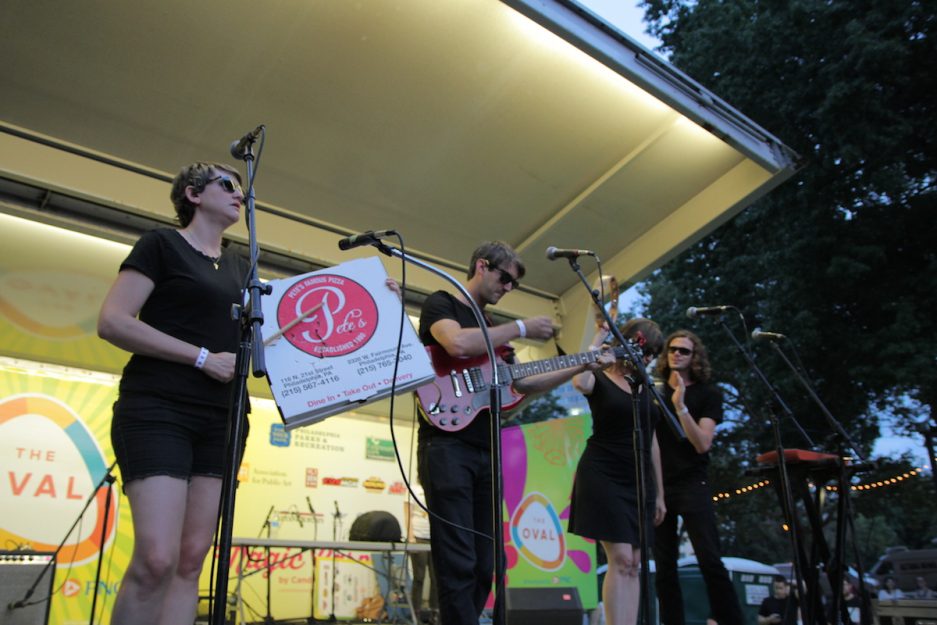 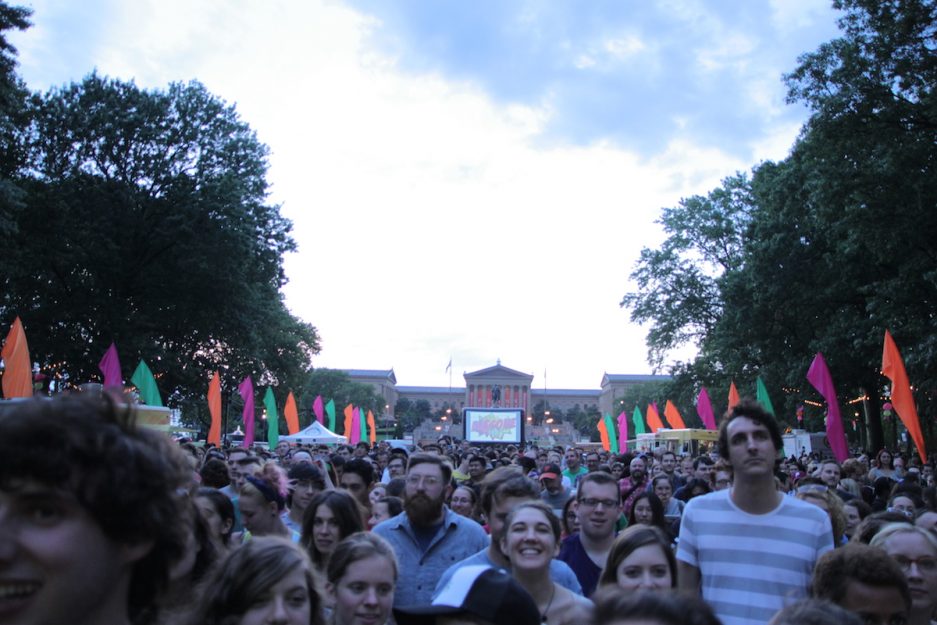 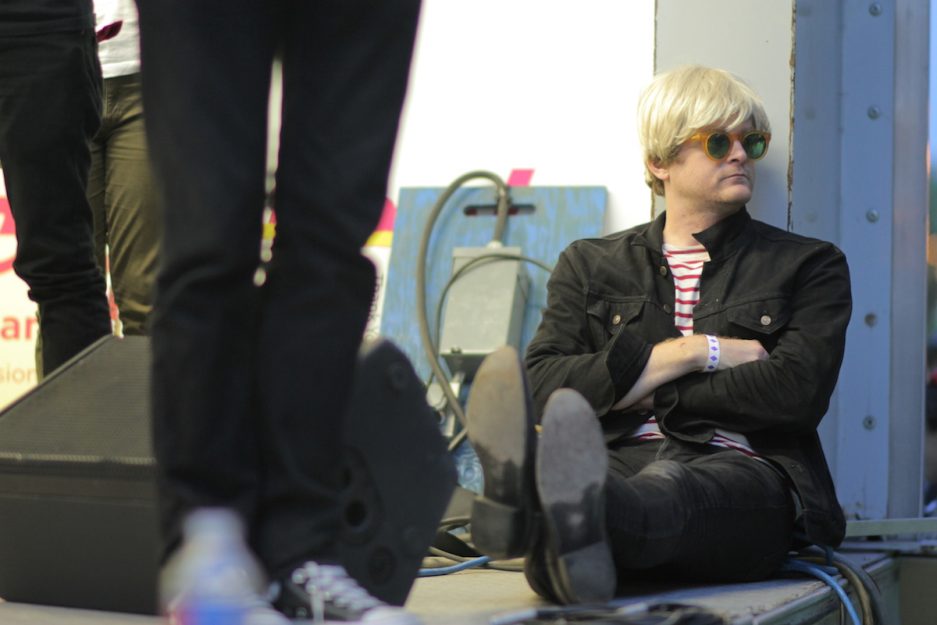 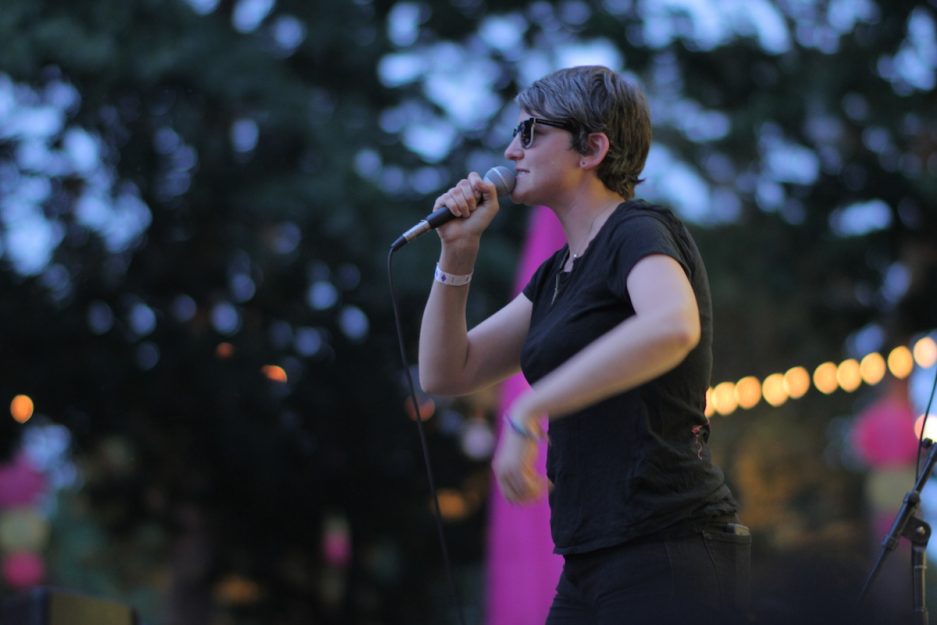 Musically, the band—fronted by Macaulay Culkin—might have been what the French call les incompétents—eight shout-singing vocalists playing a grand total of three instruments (four if you count the pizza box drum kit from Pete’s Famous Pizza.)

But when The Oval crowd laughed and clapped along with the opening medley of “Papa John Says,” “Pizza,” and “I’m Waiting for Delivery Man,” it was pretty apparent that people didn’t exactly turn out for the songsmanship.

This wasn’t the first time Macaulay remixed some vintage material to get his slice of the pie. And if The Awesome Fest’s warm reception is any indication, it probably wont be the last. (The band said there’s already a cat-themed Billy Joel project—Pussy Joel—in the works. So yeah, you’re welcome.)