German video game company Crytek has revealed that the next installment of its video game series Homefront: The Revolution will be set in a future, post-apocalyptic Philadelphia, a city that, according to gaming blog Kotaku Core, is “dotted with encampments of Korean occupying forces to be photographed with smartphone cameras and disrupted with guns and explosives.” More on the Philly angle from Kotaku Core:

Homefront: The Revolution’s Philadelphia is appropriately nightmarish, a twisted and ruined version of the place where American independence was born. Flying drones patrol the decimated streets from above, zooming down on troublemakers and potential troublemakers, scanning with a blue mechanical eye that turns red when it spots dissent. The Korean military is never far away from them. Occupied Philadelphia still looks war-torn, almost post-apocalyptic save for the giant screens erected above the city, which exclusively show Korean propaganda. Homefront: The Revolution is PC/Mac/Linux, Xbox One and PS4 only, and technically impressive, but there’s also a military-dystopian art style at work here that gives it visual character.

In the trailer (above) and photos, you can see familiar rowhomes, Philly’s skyline and fake businesses, like the “Philly Chick Chicken” restaurant, which I’m guessing couldn’t be anywhere else but South Street. Check out some screenshots below: 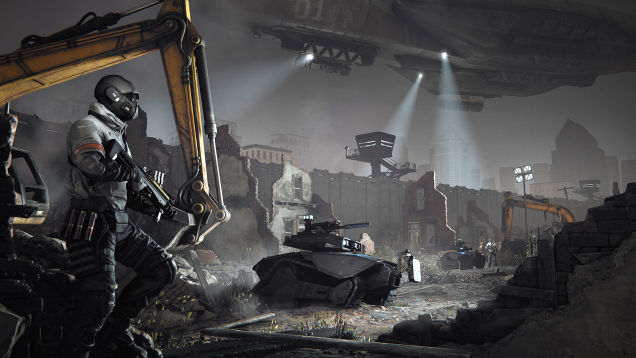 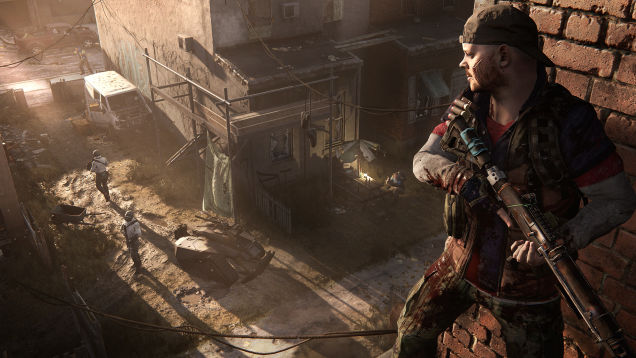 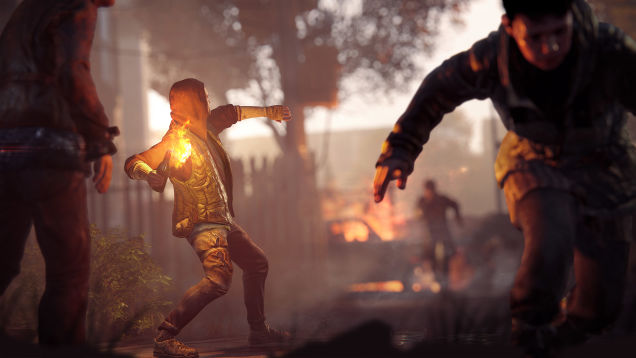 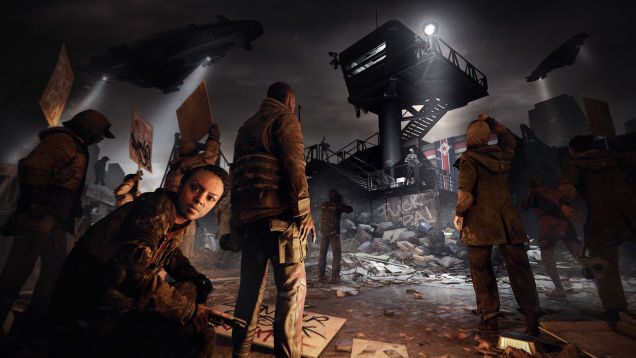 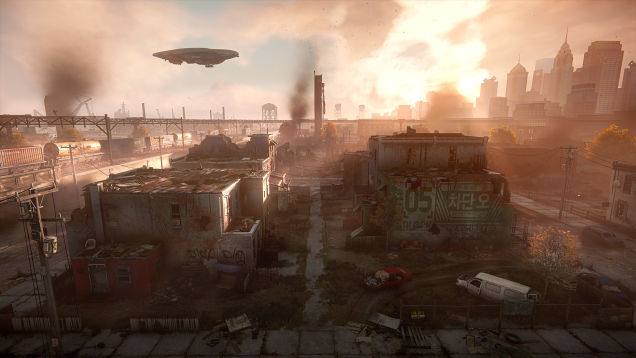