Philadelphia’s swanky Hair o’ the Dog celebrated its 20th year on Saturday, January 18th, at the Sheraton Center City. The festivities kicked off with a VIP preview party with gourmet hors d’oeuvres in the Scarlett Lounge sponsored by Cheerleaders. Nearly 1,800 people packed the grand ballroom after primping all day for what some people call Philadelphia’s adult prom. Each lovely lady dresses to the nines in an attempt to outdo the competition.

This year’s gala benefited The Claddagh Fund, which supports community-based non-profits, with a focus on children and veterans organizations and programs that support alcohol and drug rehabilitation in cities across the country and around the world. The party ended at about 1 a.m., and then headed over to G Lounge for dancing till dawn. 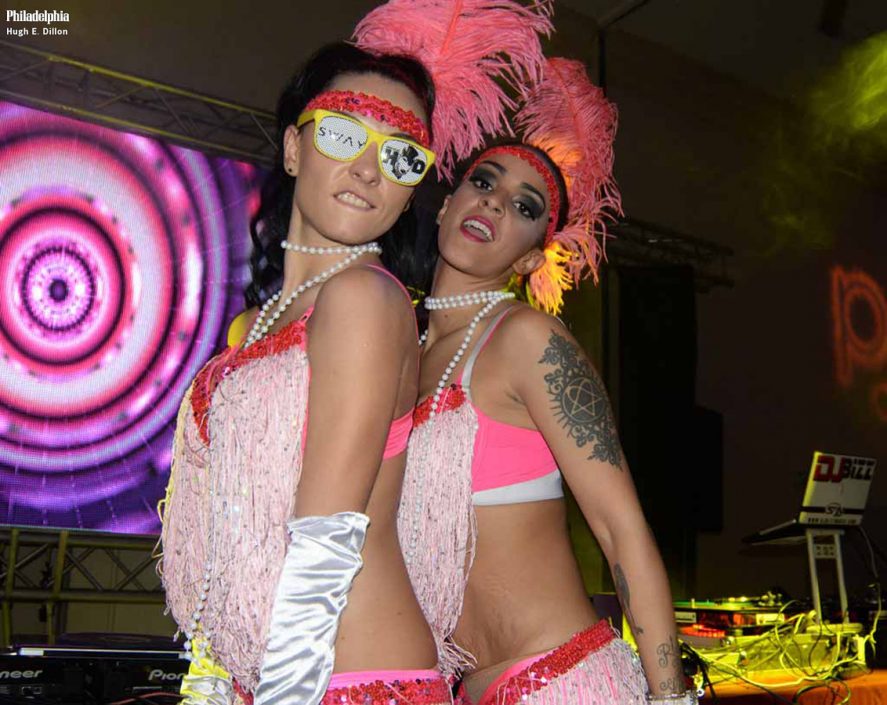 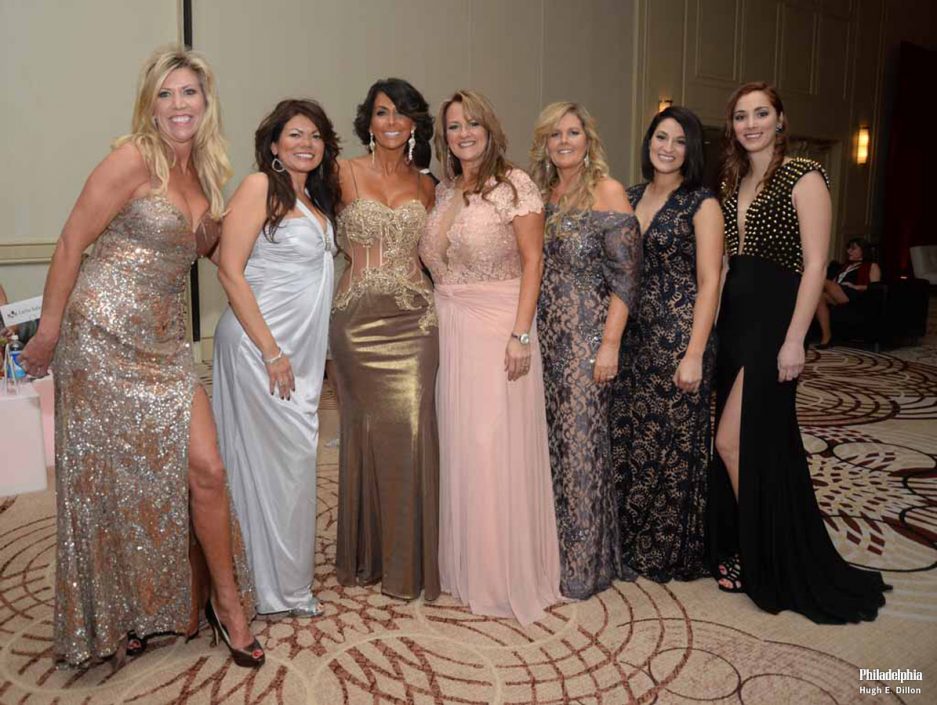 From left: Debbie Purby, Angie Yaskin, Colette Gabriel, Debbie Smith, Betty Marshall, Lauren Smith and Jennifer Taylor are all wearing dresses by “Right Fit Dress Company,” one of the sponsors of the evening. 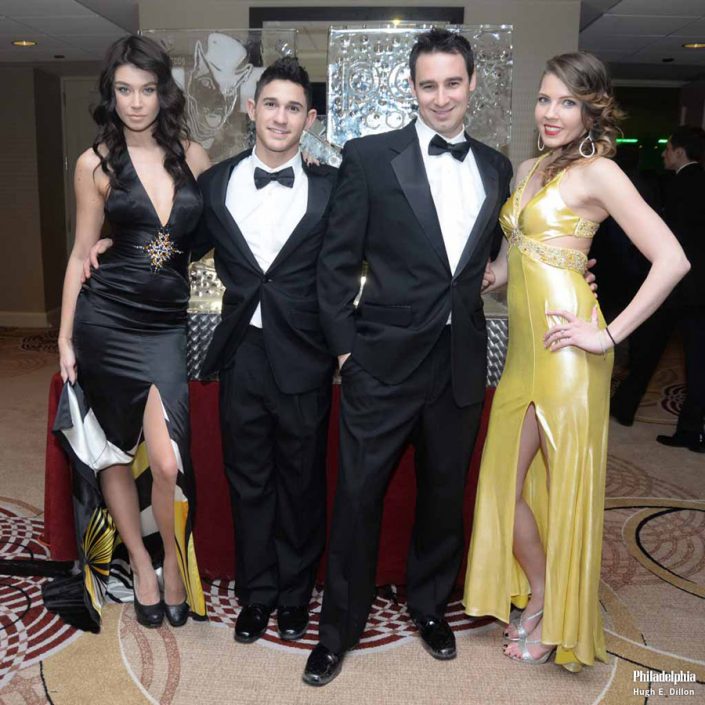 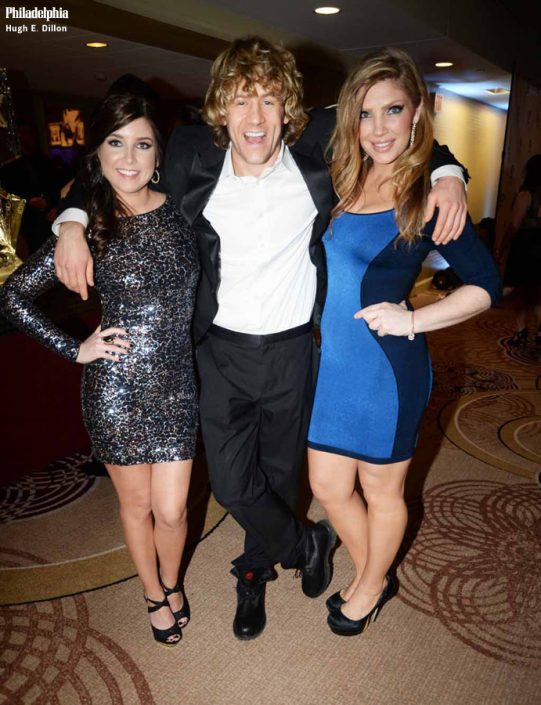 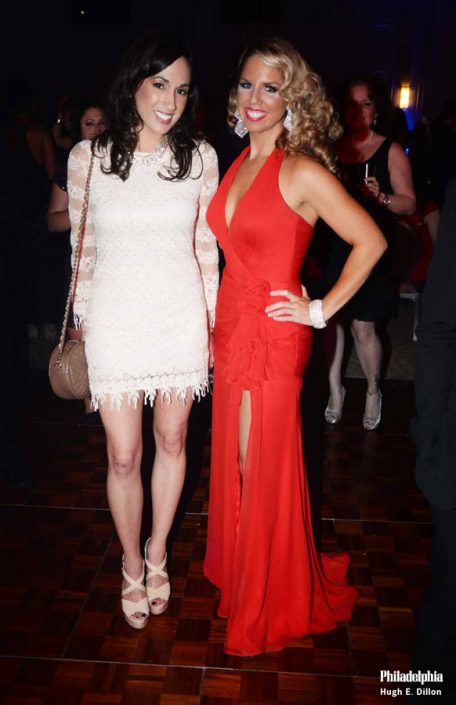 From left: Allison Papson, assignment editor at News 12 Bronx/Brooklyn, and Jen Sherlock, PR for Hair o' the Dog. Allison tells me that she got her sexy, white-hot dress at a thrift store. 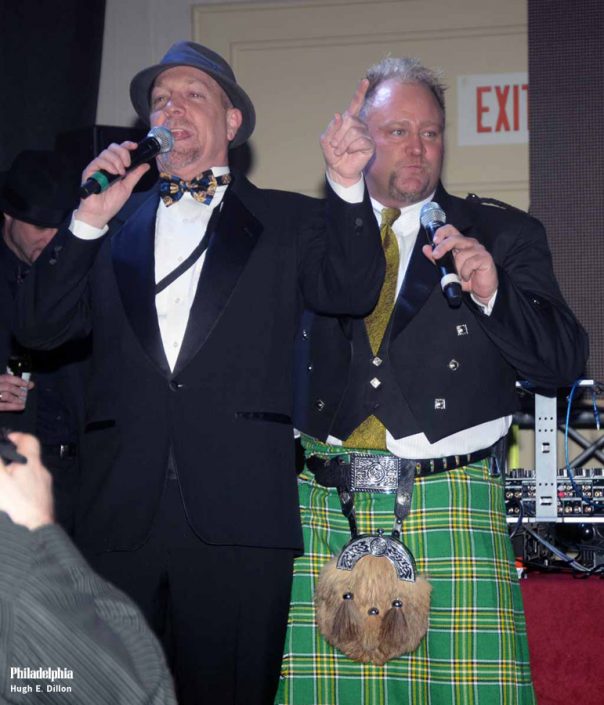 Joe Conklin chats about his upcoming gig with former Eagle Terrell Owens, who, as part of the Philly Sports Roast will be roasted at the Crystal Tea Room by Philly celebs including WIP sports talk host Al Morganti. The event is run by Hair O' the Dog producers Metrospect Marketing and will take place February 20. 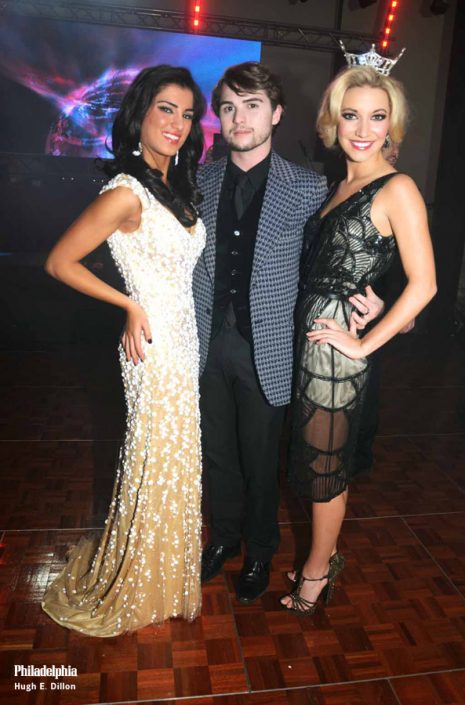 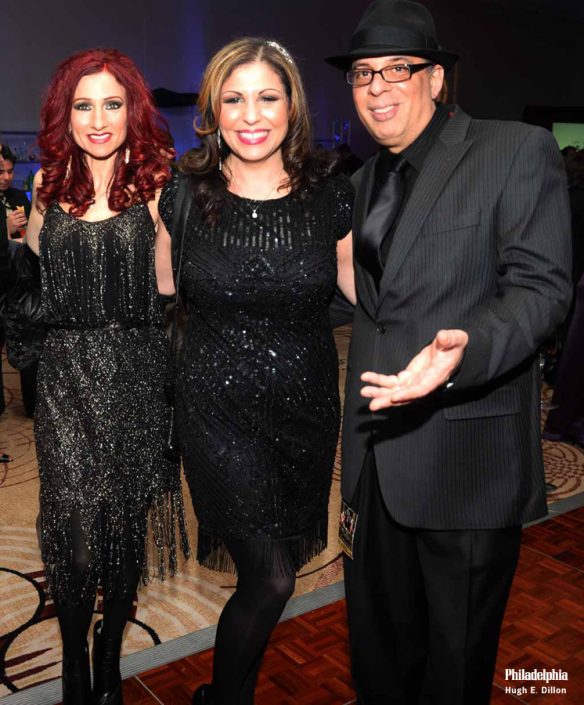 From left: Jade Starling, Patti Andrews and Whey Cooler. Jade and Whey performed at the party singing their latest hit, "Insomniak," as well as their No. 1 hit in the ’80s “Catch Me I’m Falling.” Jade will be dropping her new CD, Captive this spring. 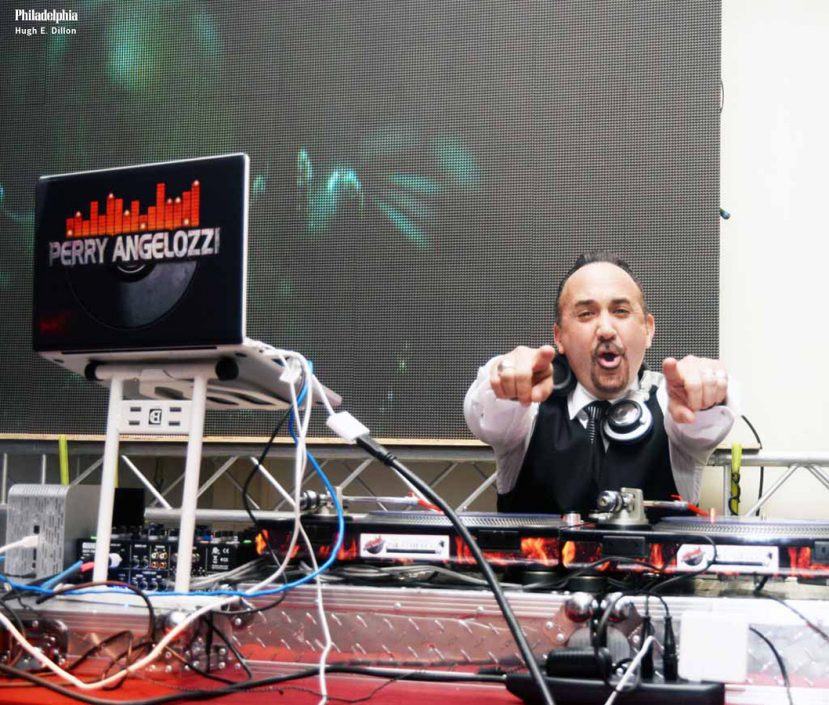 DJ Perry Angelozzi kept the crowd on their feet. 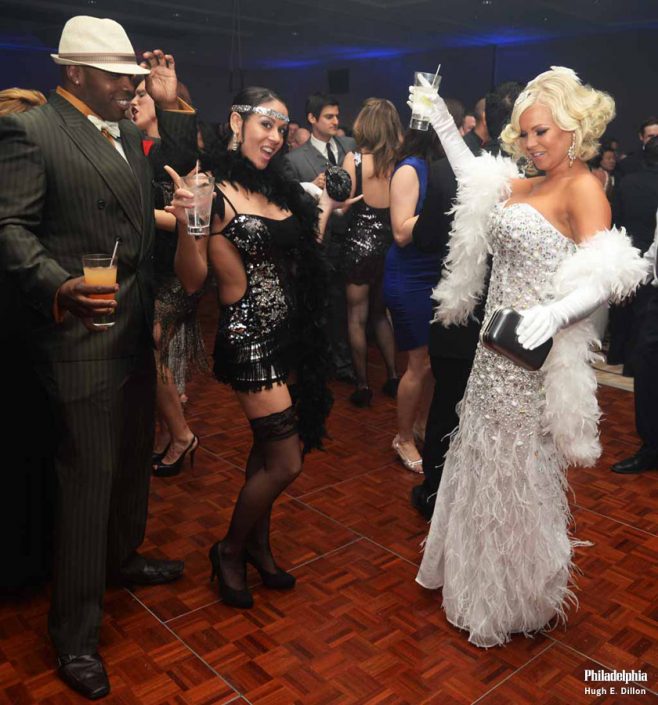 From left: Darnell Hicks dancing with fiancée, Angela Cottone, as Amy Barnes looks on. Amy tells me she had to cut a lot of the “train” from her dress so she could walk without falling. 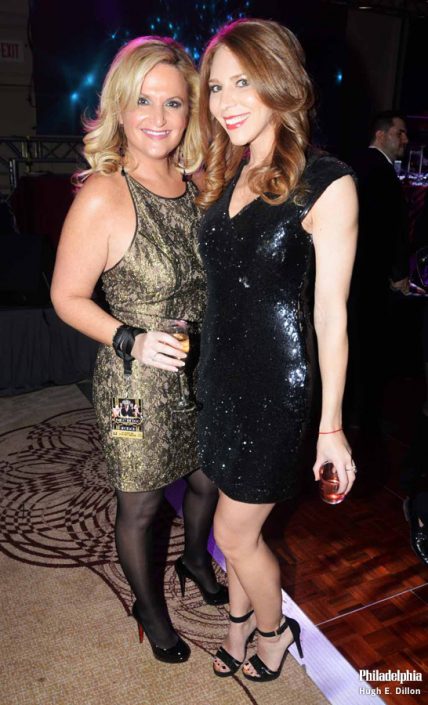 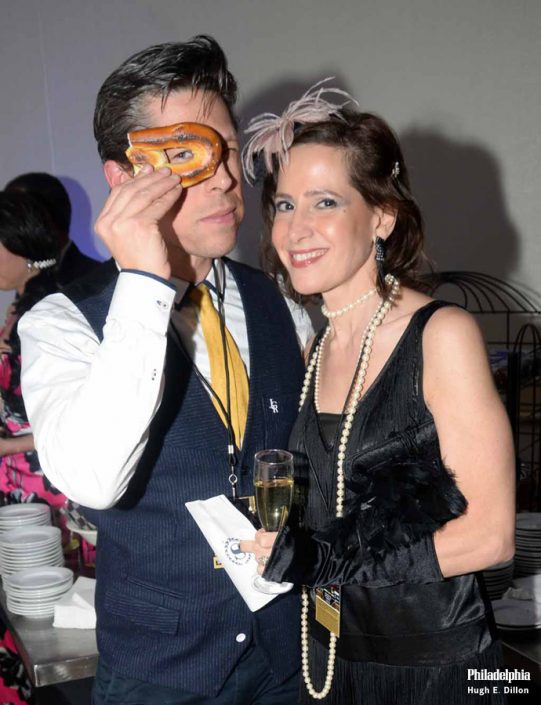 Glenn and Marisa Stevens. Glenn created a beautiful painting during the night that was auctioned off at the end of the evening. 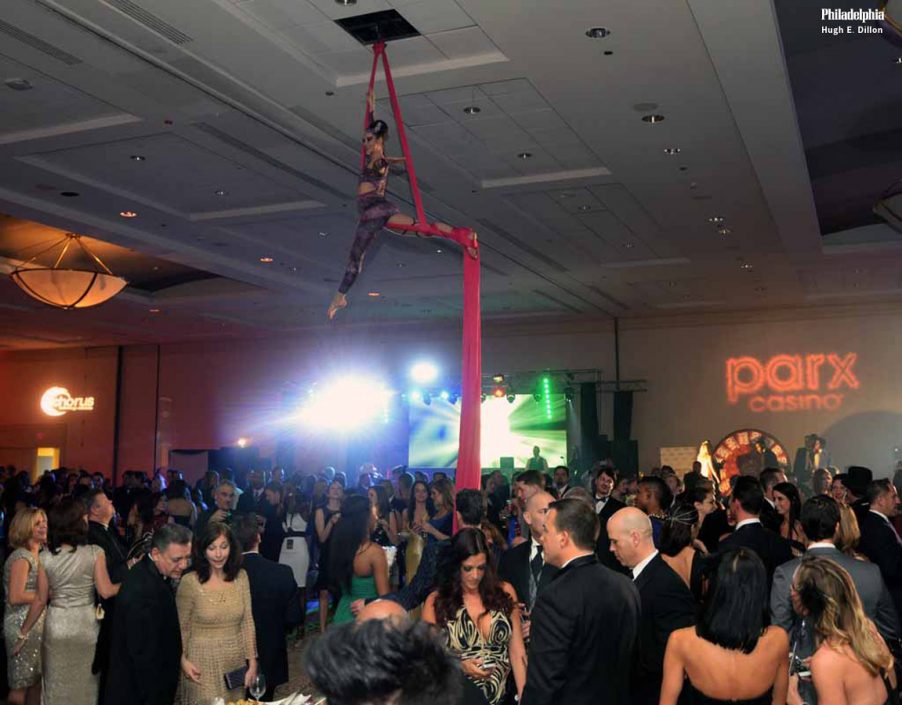 Jewelz Entertainment provided the dancers as well as the aerial performers during the gala. 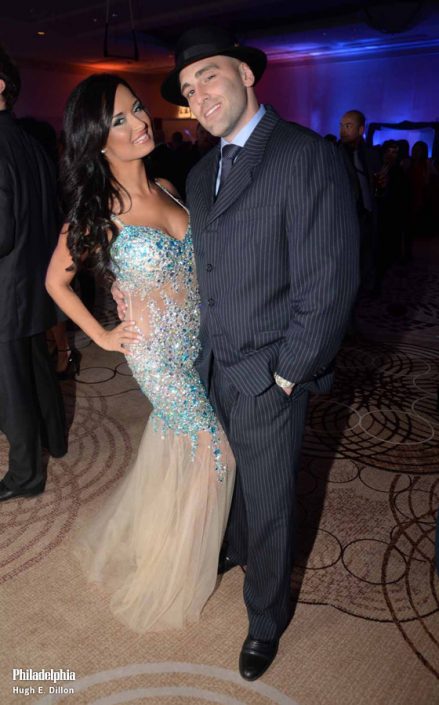 Megan Heaton and Sean Schellenger. Megan was definitely in the running for dress of the evening with her gorgeous mermaid Jovanni dress. 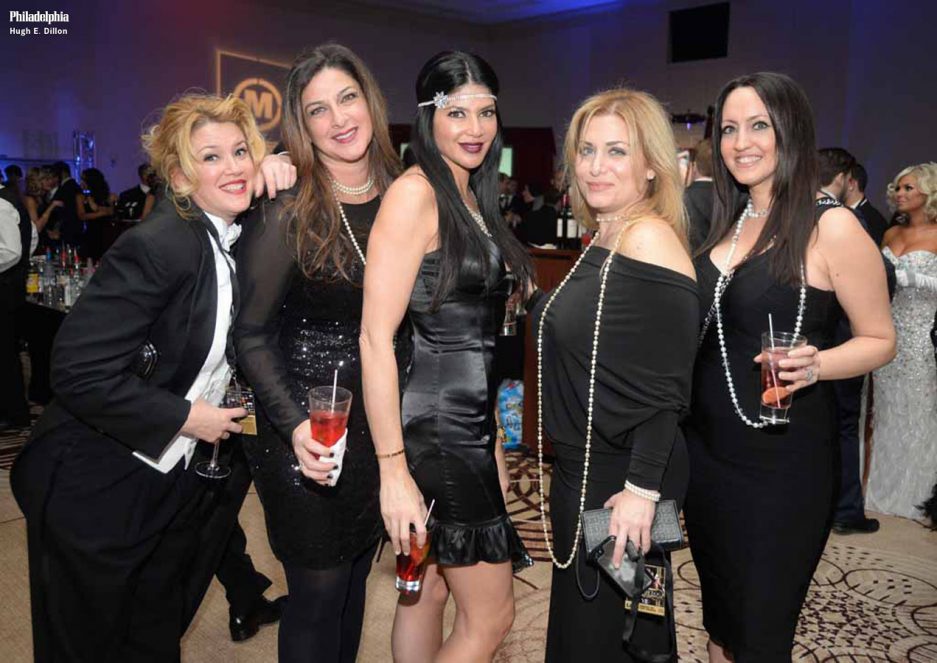 Philly Mob Wife Alicia DiMichele (center) was in the house with her posse which included, from left, Nancy Landy, Renee Serano, Christina Roman and Maureen Vercere. 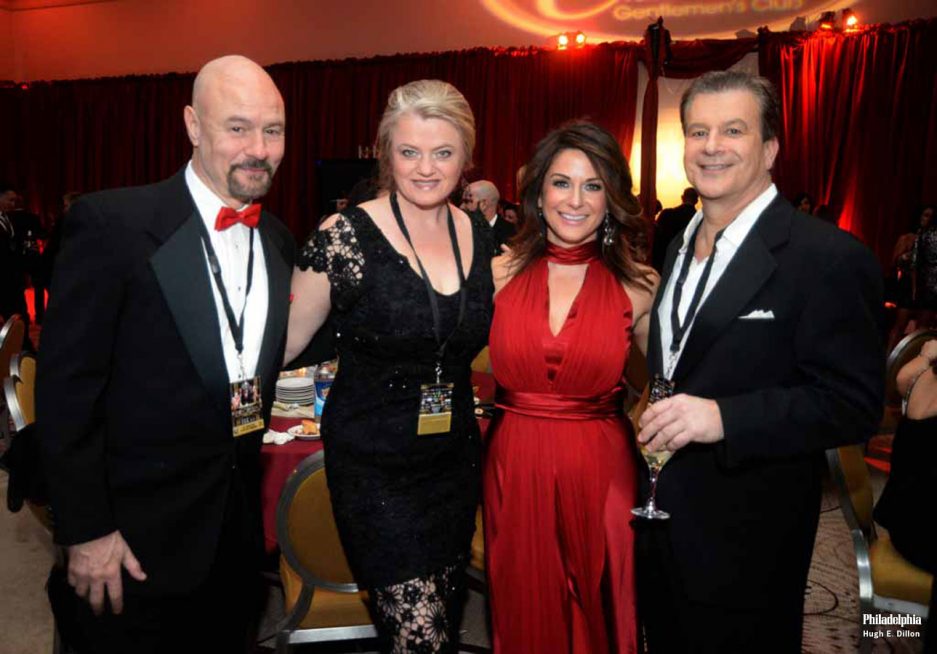 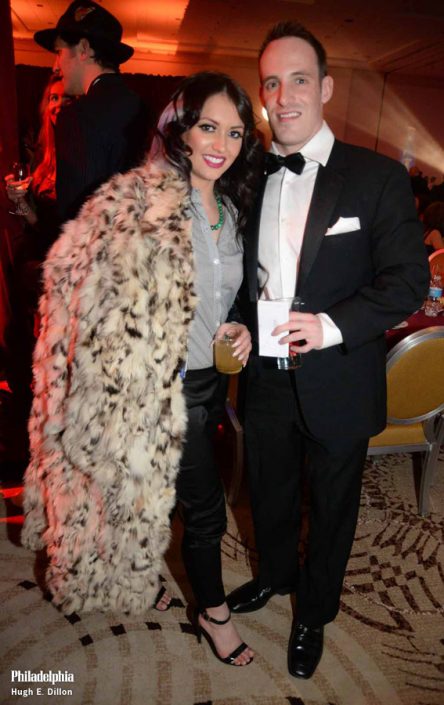 Jodee Gamel tells me her outfit was inspired by the movie The Shining, when Jack goes into the bar and it’s a 1920s theme. She’s with John Meehan. 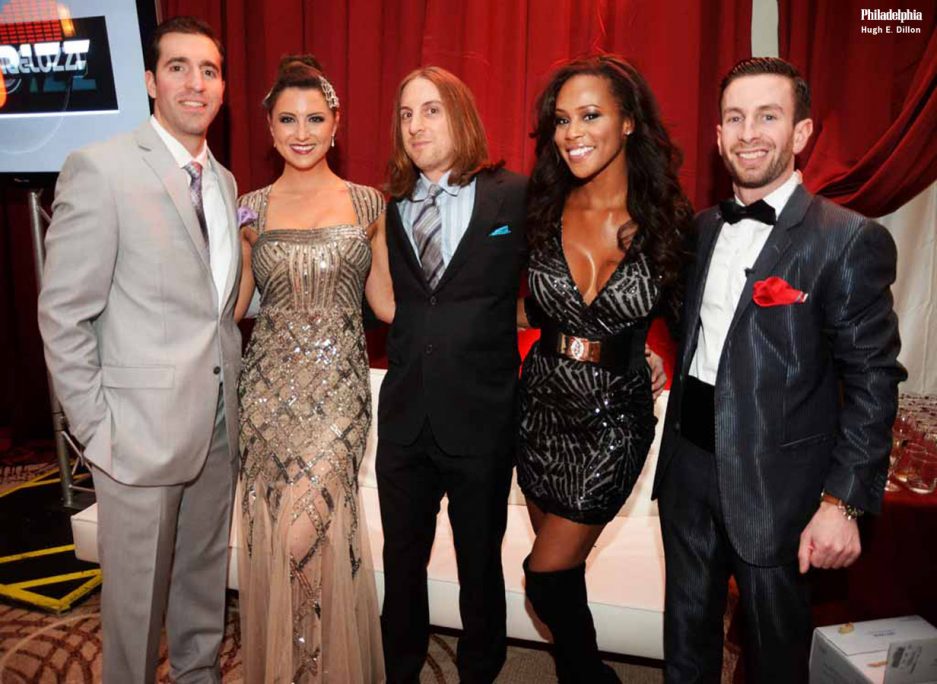 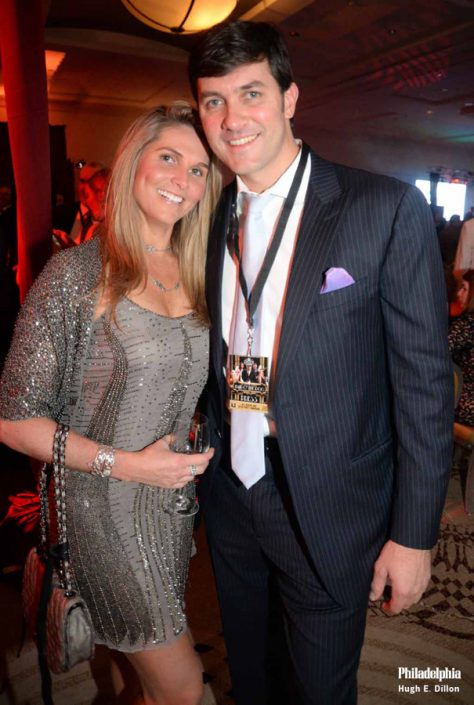 Wendy Wilhelm and Peter Caperonis celebrate their first anniversary as they met at Hair o' the Dog last year. 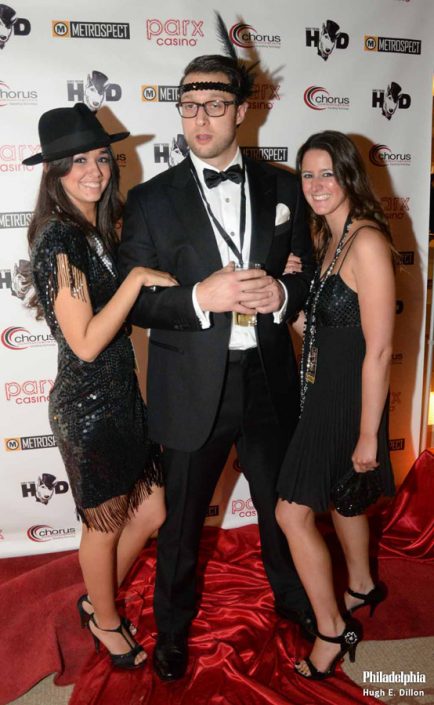 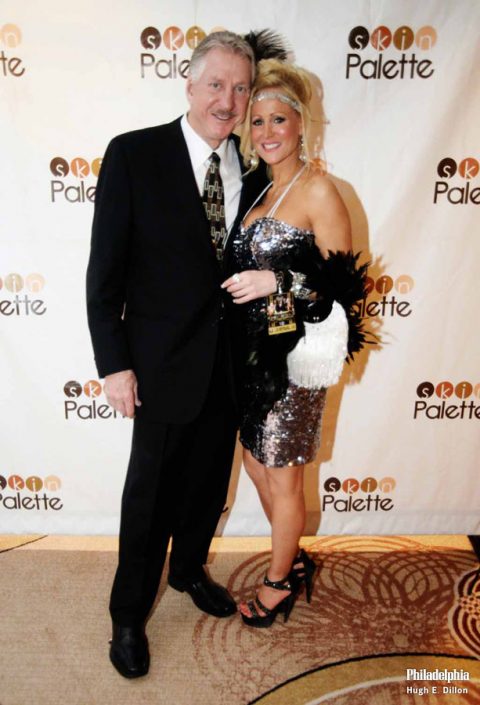 Taylor Mills and Ruth Kaufman. Taylor tells me he’s going to close his Cherry Hill club “Top Dog” soon, renovate, and then open a sports bar with a craft brewery in the spring. 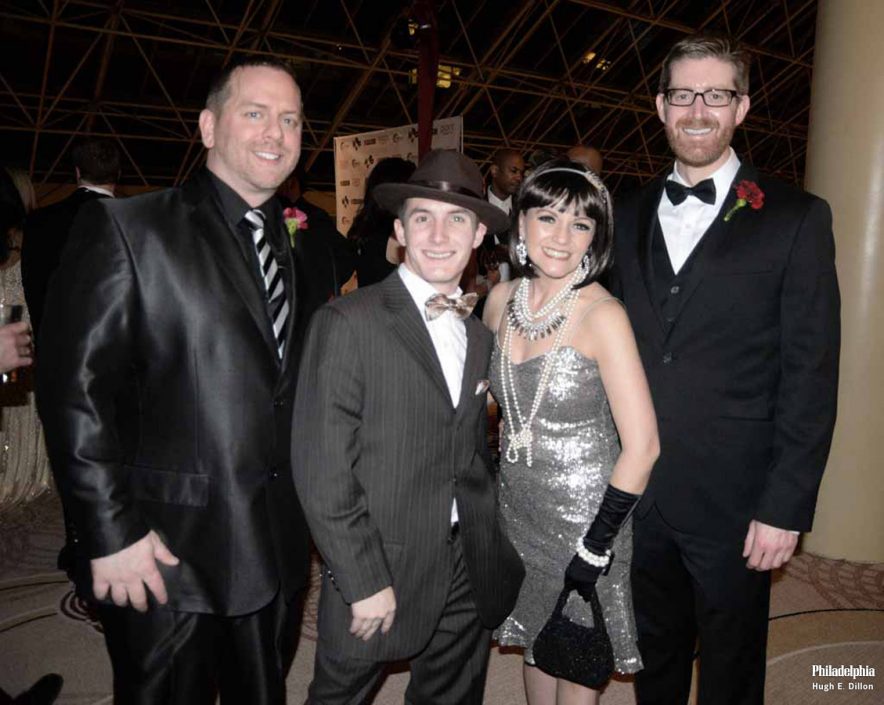 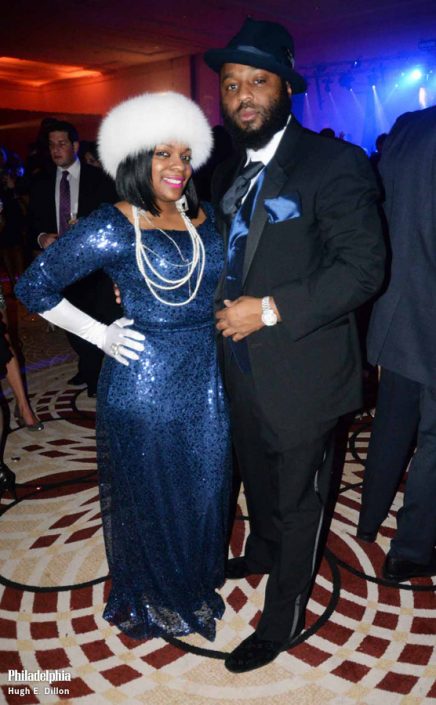 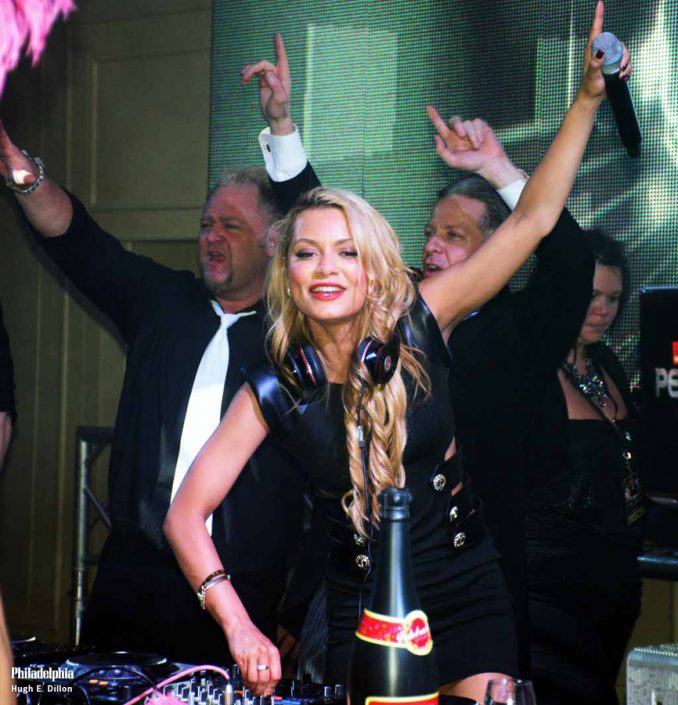 Havana Brown performed her big hit, "We Run The Night," and DJ'd for an hour. Behind her are Hair o' the Dog co-founders Dan Cronin and Rob Molinaro of Chorus Communications. 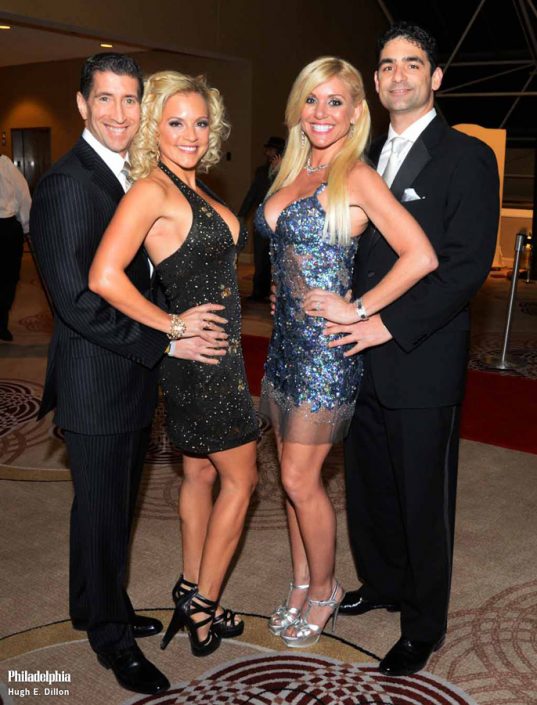 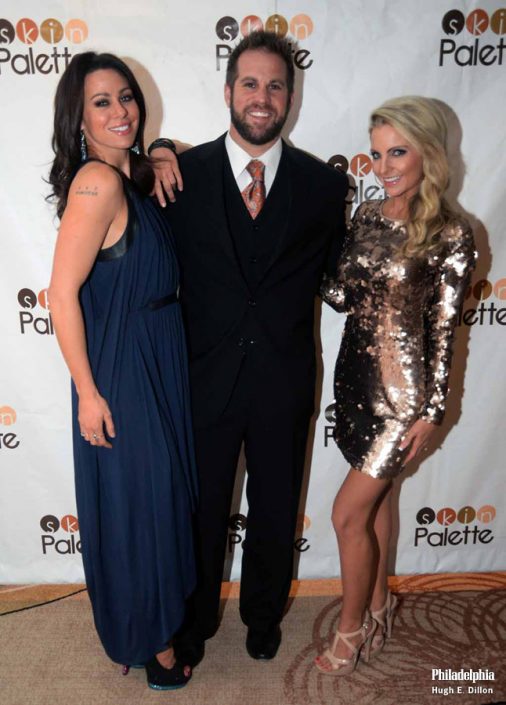 From left: Susie Celek, with Jon and Julie Dorenbos. 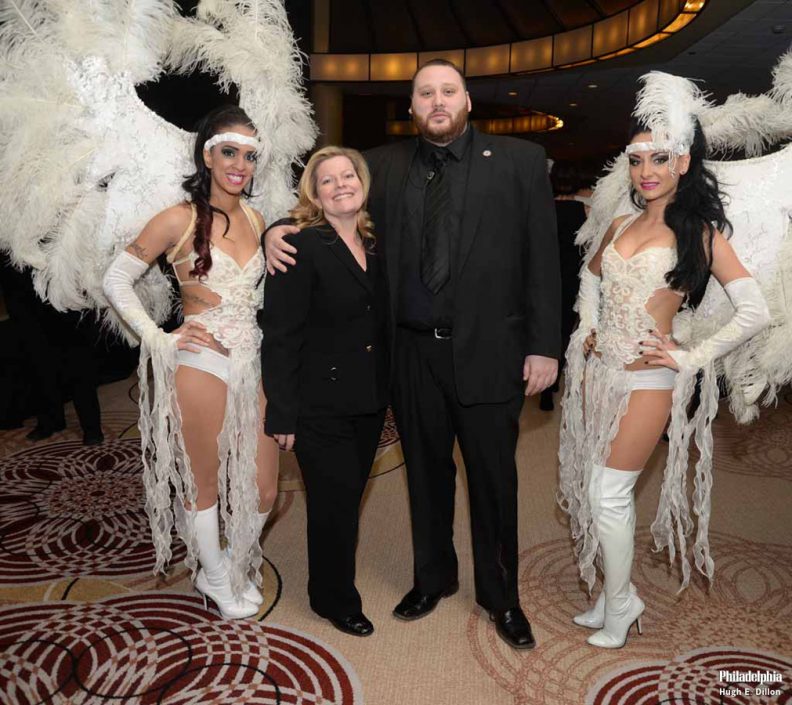 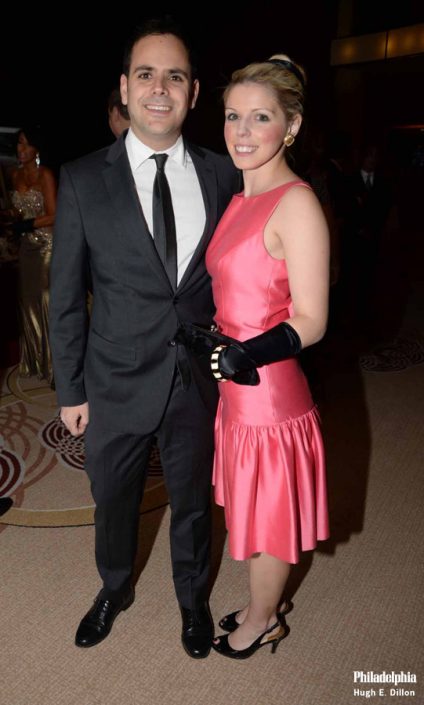 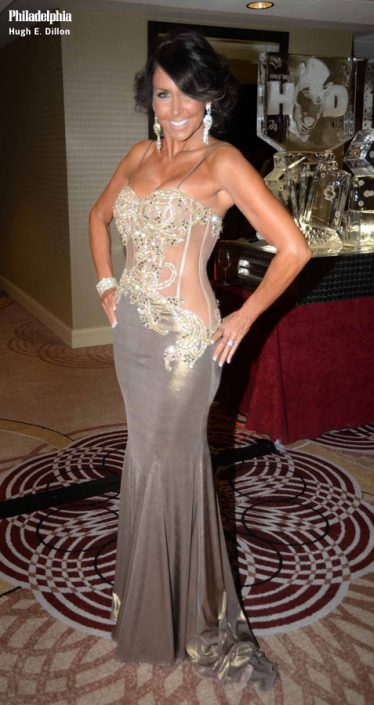 There were a lot of great dresses this year, but my pick for the best of the night has to be Colette Gabriel. I’ve written about Colette before, she lives in the house that everyone always thinks is Chase Utley's house in Haddonfield. Collette is 50ish, and, her husband tells me, works out every day. Her daughter, Juliette Gabriel, is the reigning Miss New Jersey United States 2013.