The Philadelphia Zoo hosted its fourth annual Global Conservation Gala honoring individuals, families and organizations for extraordinary contributions to wildlife and the natural world, on Thursday, November 14th, at the Hyatt Regency Philadelphia at Penn’s Landing. Since its inception in 2010, the Gala has been an important component of the Zoo’s mission to connect people with wildlife, create joyful discovery and inspire action for animals. This year’s gala was a platform to spotlight the issues facing big cats with an emphasis on one key threat — loss of habitat due to deforestation caused by expansion of non-sustainable palm oil plantations. 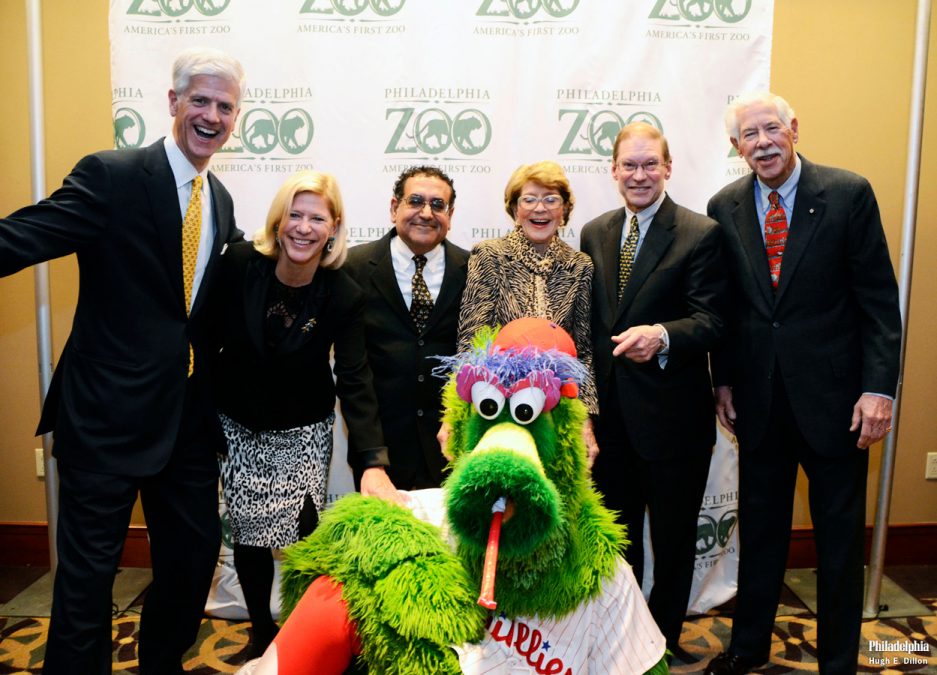 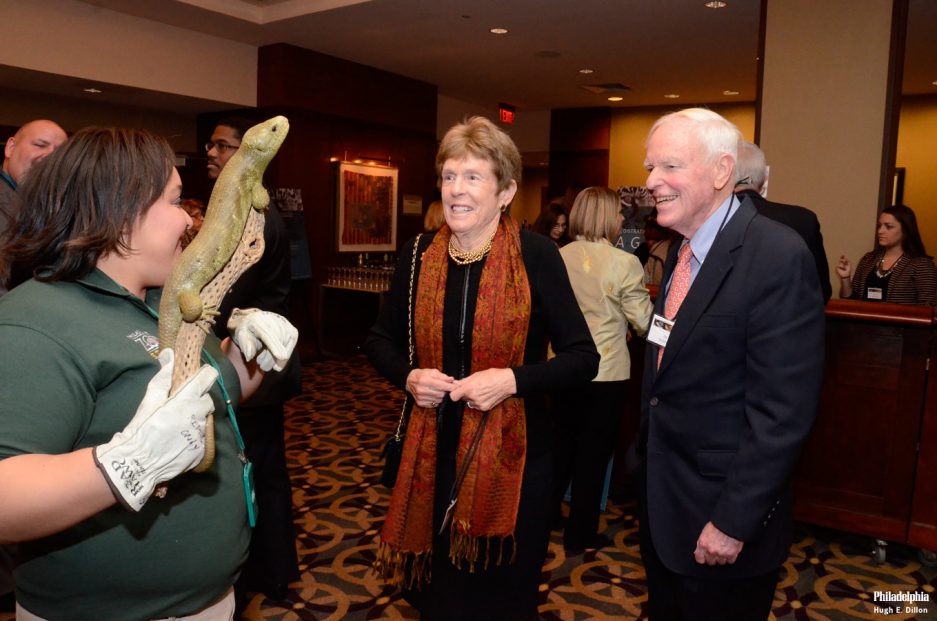 During the cocktail hour, guests like Mary and Jay McElroy were able to get up-close and personal with the animals like "Hardy," who is being held by the very brave Philadelphia Zoo caretaker Alicia. 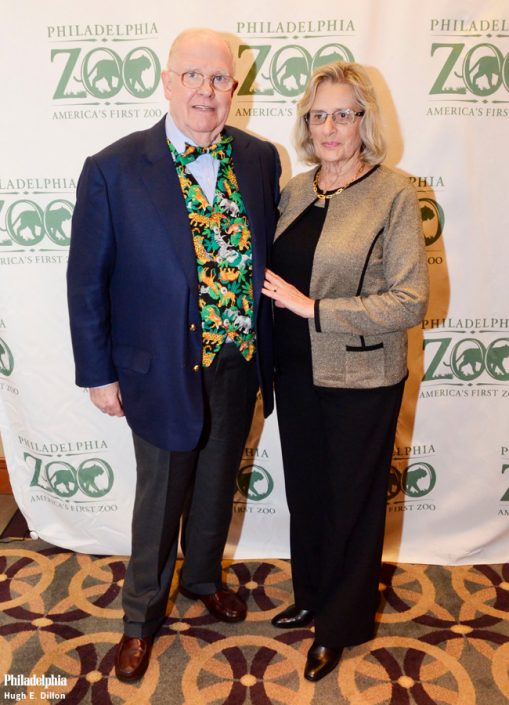 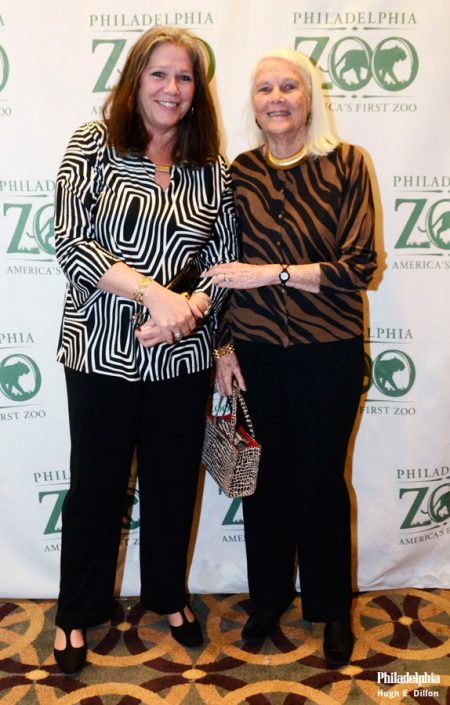 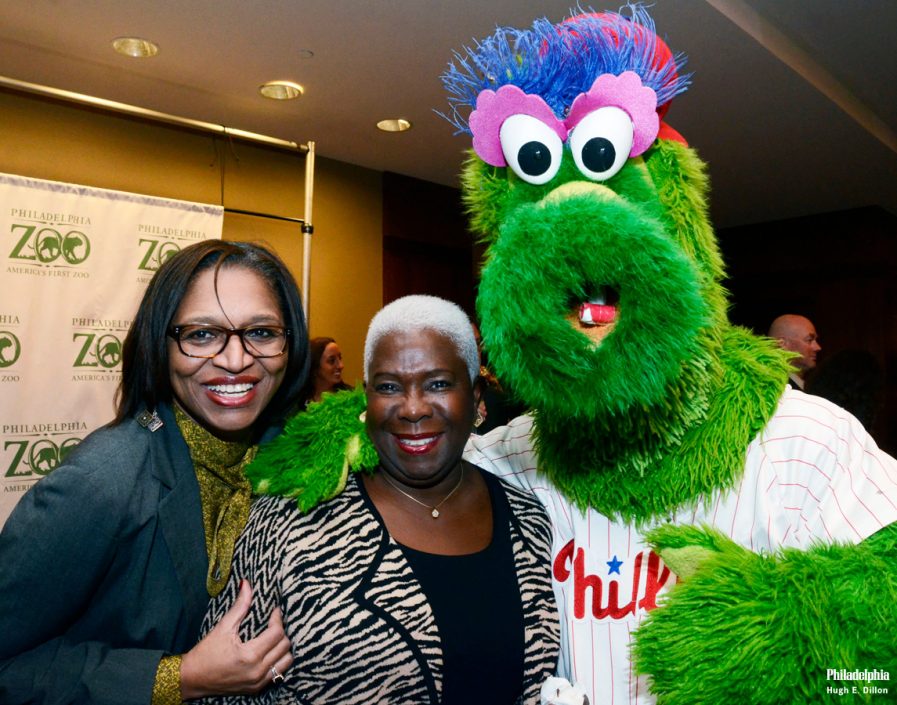 From left: Marilyn Stewart and Jacquelyn Smalley, whose husband, Bernard, is a board member, found a friend in the Phillie Phanatic. 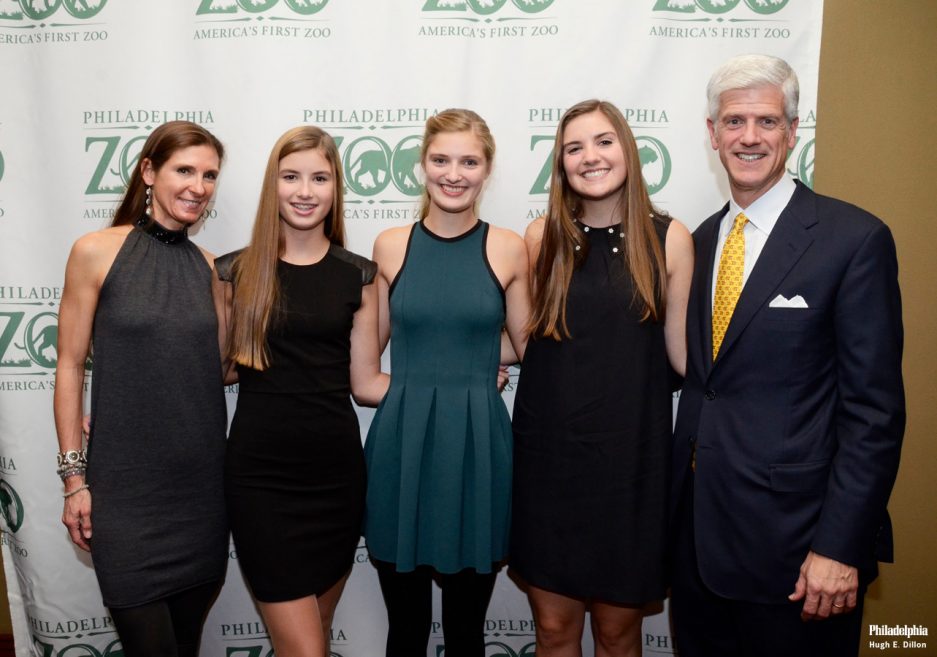 Every year the Philadelphia Zoo Conservancy honors extraordinary people. The Conservation Impact Award for 2013 was given to The Buck Family, who have demonstrated a commitment to conservation and species and habitat preservation, both locally and globally, through leadership that has resulted in a lasting positive change for the natural world. From left: Lin, Caroline, Charlotte, Nora and Jim. 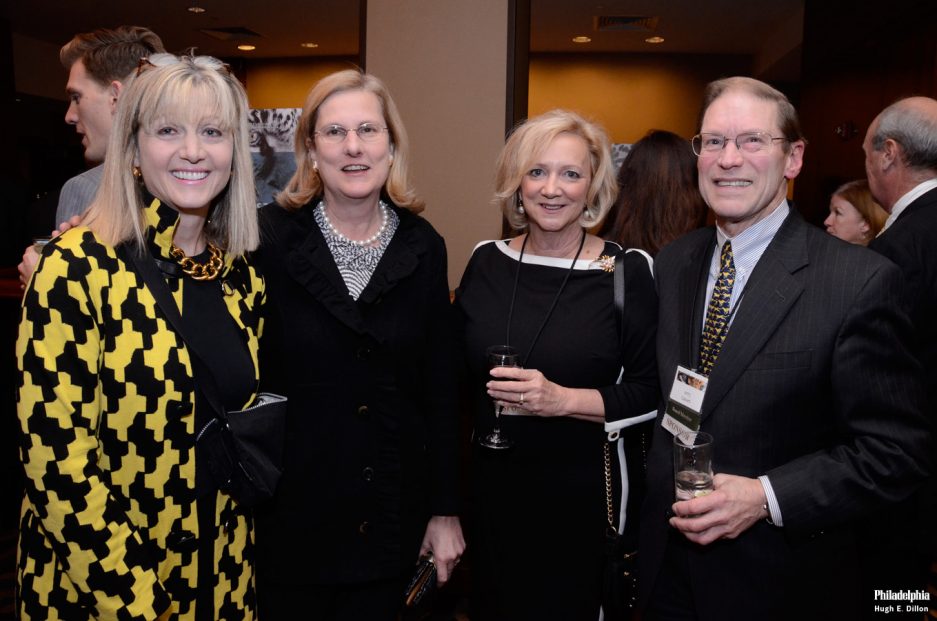 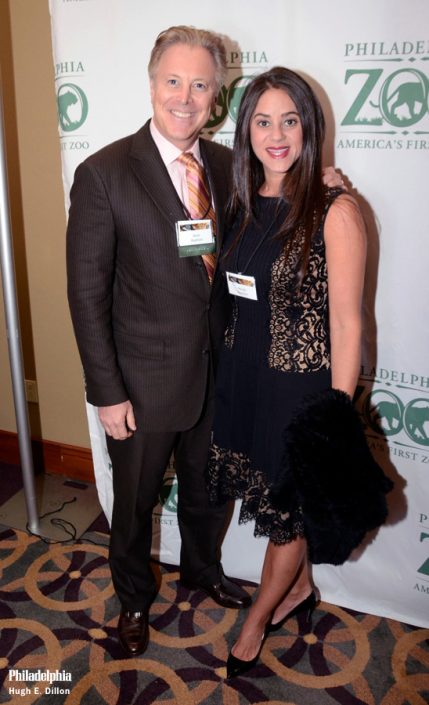 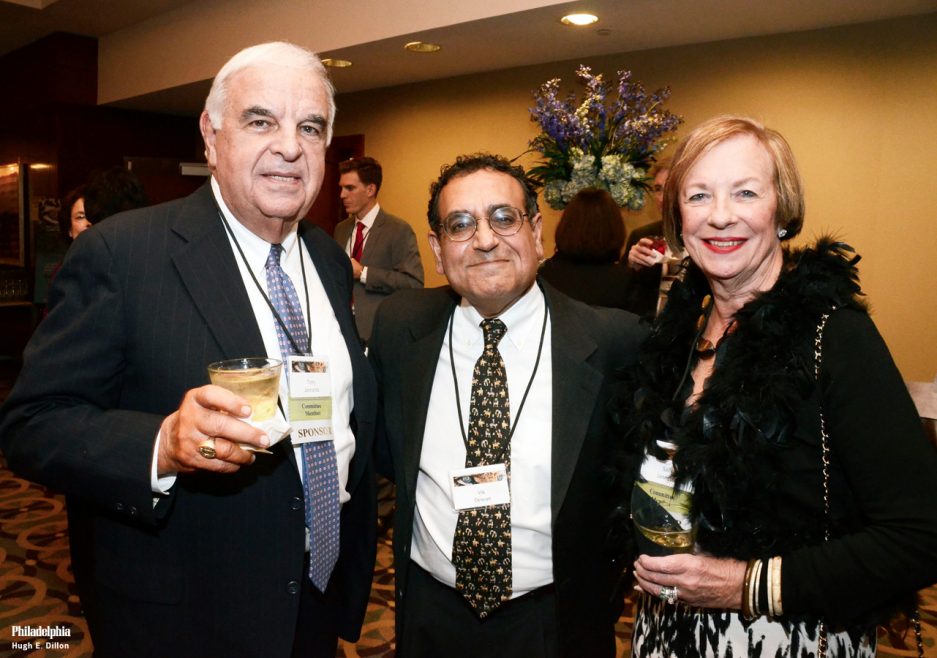 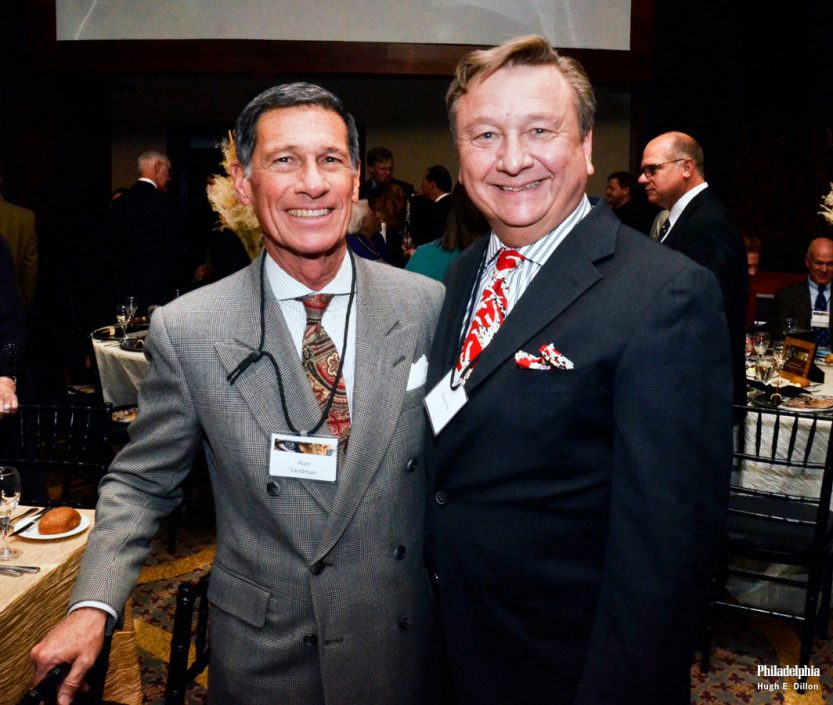 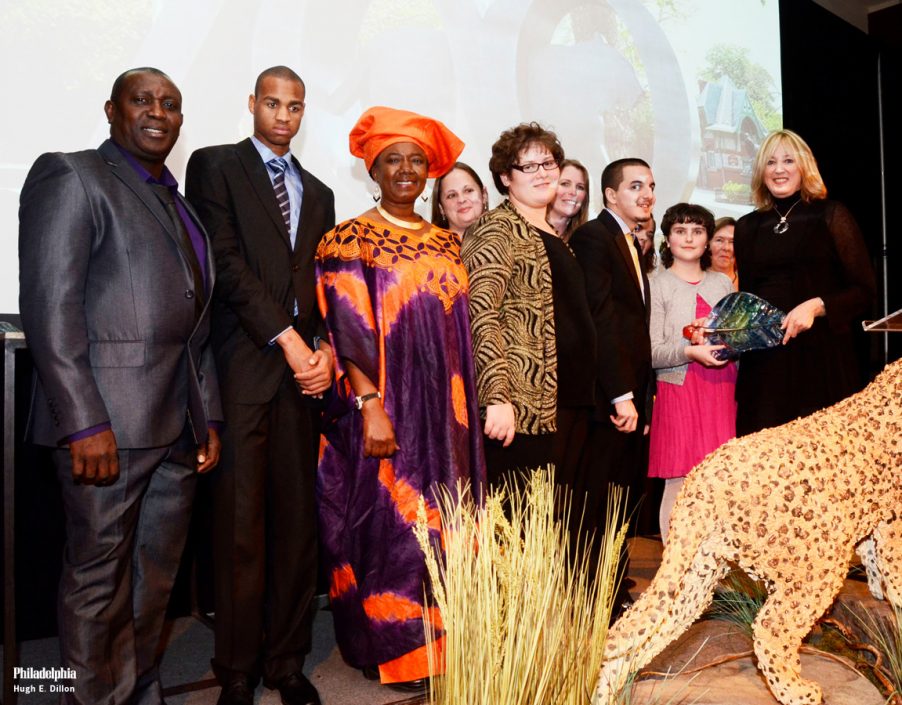 The Emerging Leader honor went to Diana Ramsay (right), President of Woods Services, who worked heavily on the Zoo's UNLESS Project and got students involved creating storybooks about deforestation and other problems facing animals and their habitat. 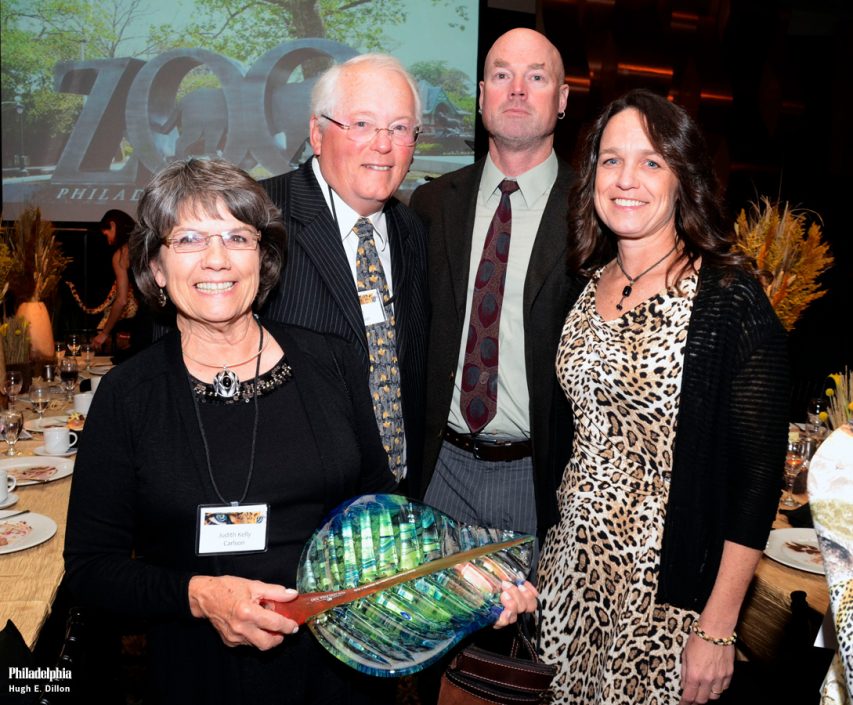 The Global Conservation Prize was bestowed upon Marcella Kelly, Ph.D. (right), Department of Fish and Wildlife Conservation, Virginia Tech University, who through her "camera trapping" technique has been able to identify cats through their unique coat patterns, which has allowed her to create a database of species and their populations. From left: her parents, Judith and Bill Carlson, and husband, Tom McManara, were on hand to celebrate her special night. 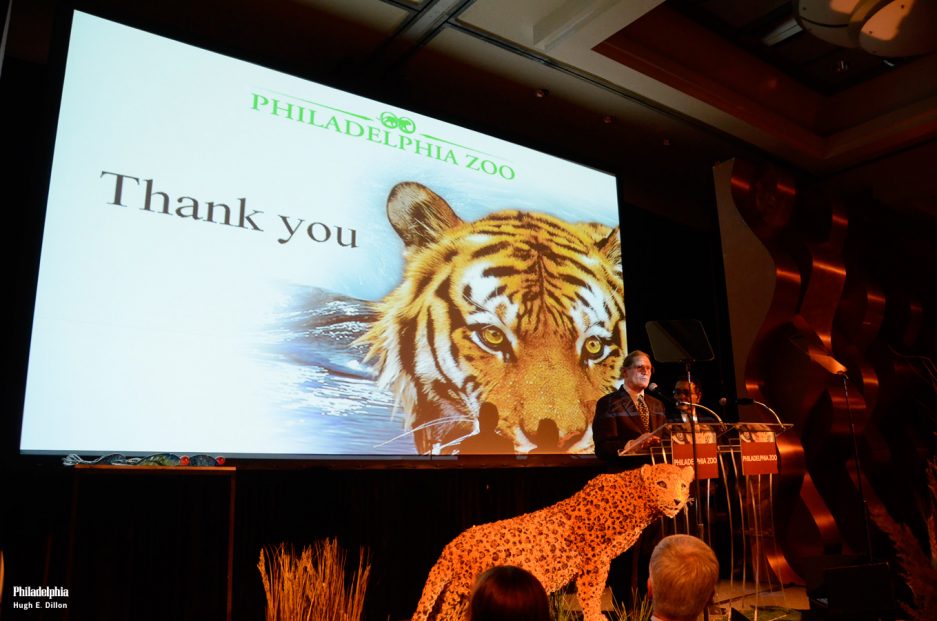 Over the last three years, through designated multi-year commitments of financial support, the Philadelphia Zoo has transitioned conservation efforts to allow for a major impact on animals and nature in a way it had not done before. This year, the Zoo will commit to working with a partner in conservation to address major impacts on big cats in the wild. The Zoo understands the importance of these species and the great threat to their well-being and sustainability. The Philadelphia Zoo believes in global conservation and supports efforts to protect the habitat of wildlife.