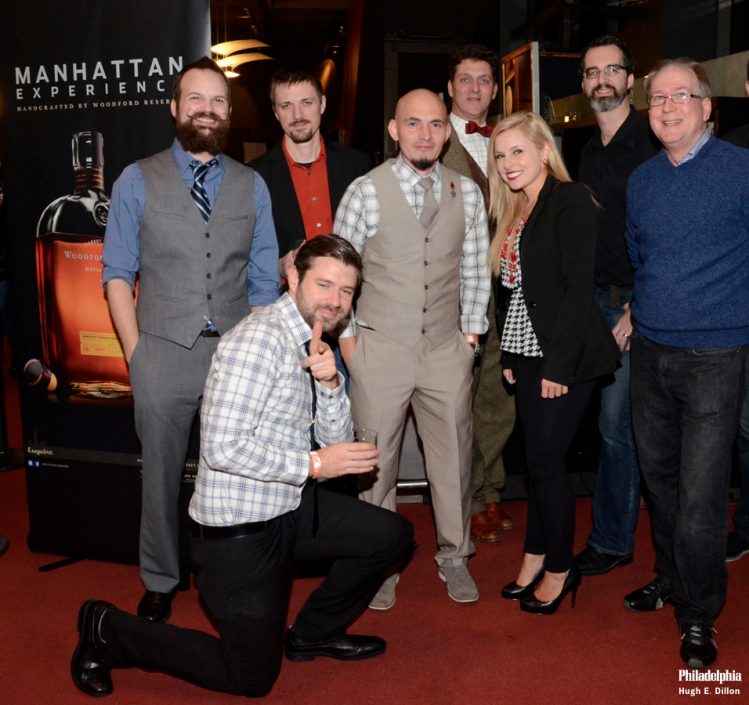 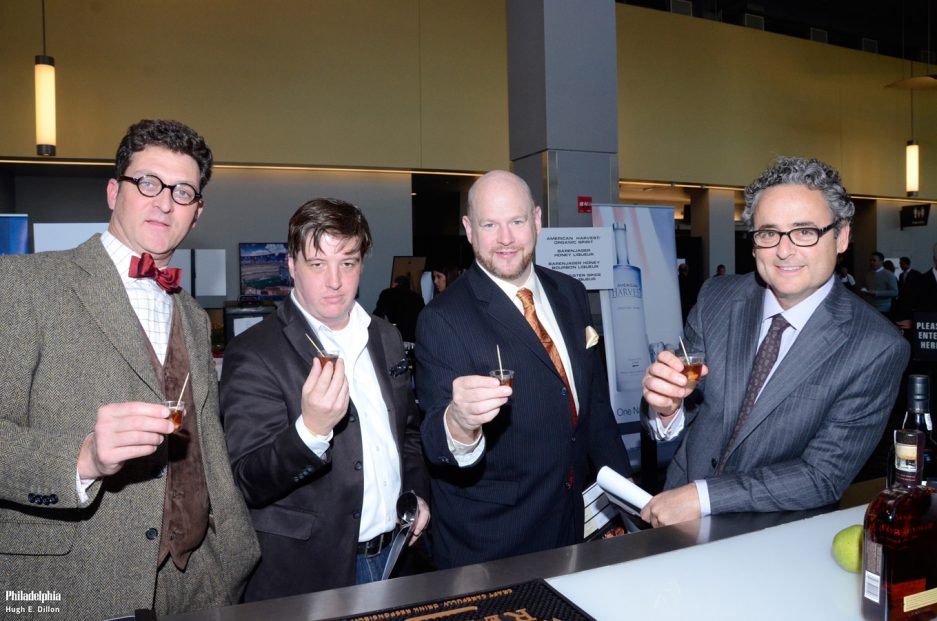 The judges for the evening were, from left, Tal Ambrose, ‎premium brands manager at Brown-Forman, Philadelphia magazine's food editor Jason Sheehan and Arthur Etchells of Foobooz, with David H. Lipson, Jr., president and publisher of Philadelphia magazine and president of Metrocorp. The goal of the contest was to make the best Manhattan variation using Woodford Reserve. Points were given for appeal of the drink, creativity and originality, appearance, and taste. 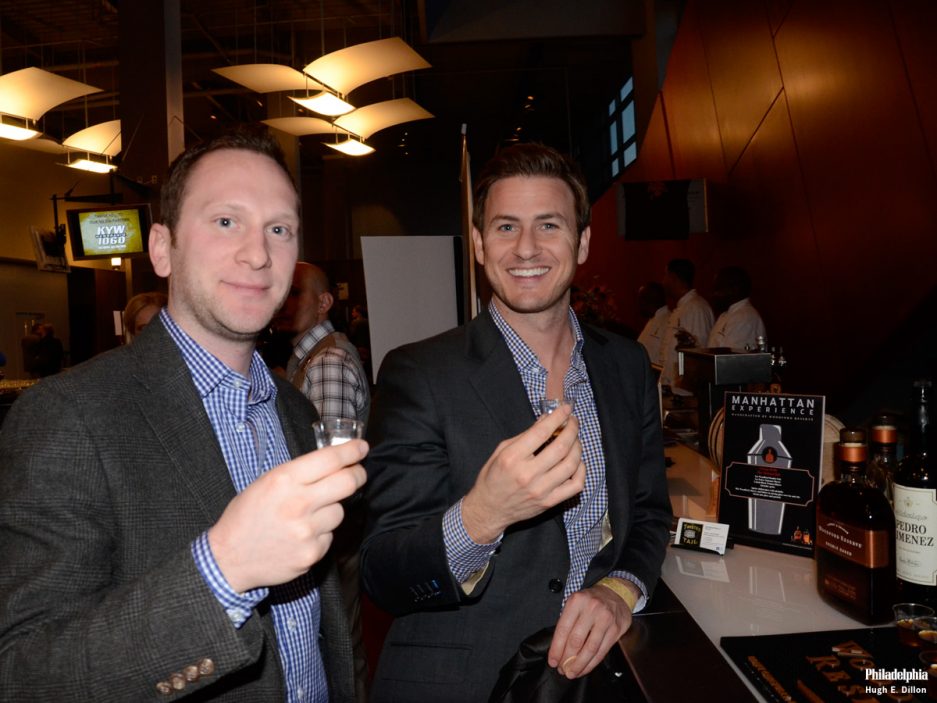 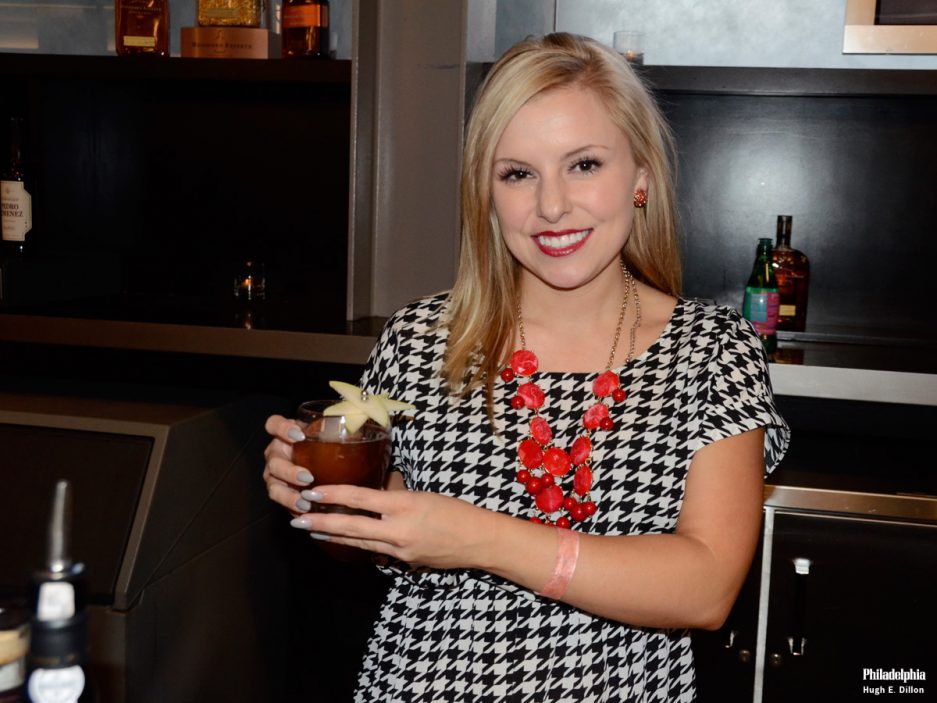 Cara Pelletier garnished her cocktail with apples and called it the Black Manhattan. 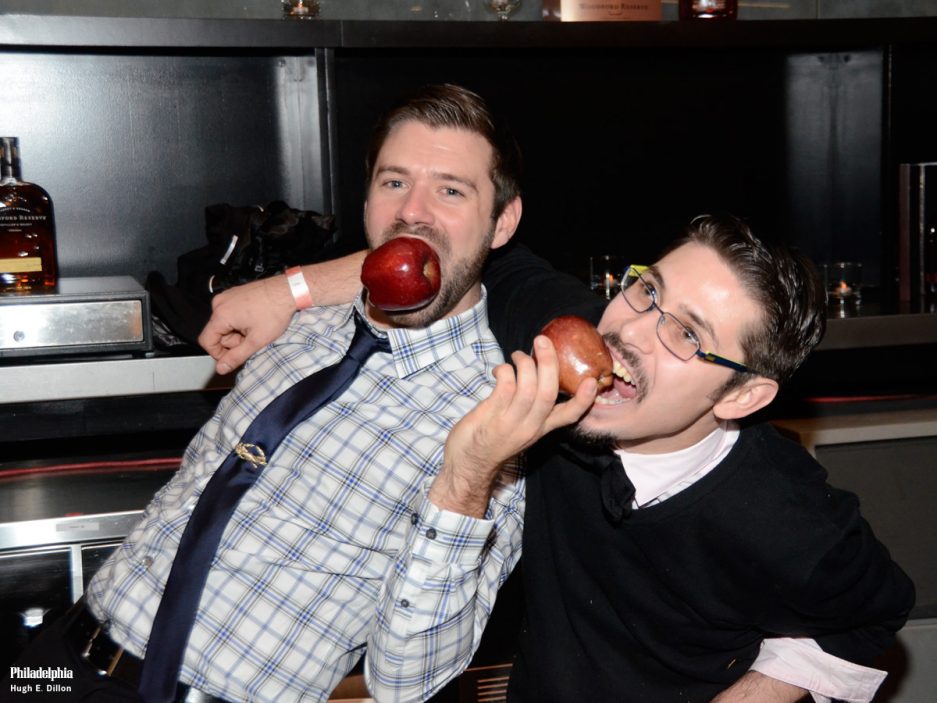 Dan Hamm of Tippling Place and his cousin Derrick Moore made off with a few of Pelletier's apples. The cousins are like bests friends; not only have they lived together in the past, they're both bartenders and work across the street from each other on Chestnut Street. Moore works at Ranstead Room. 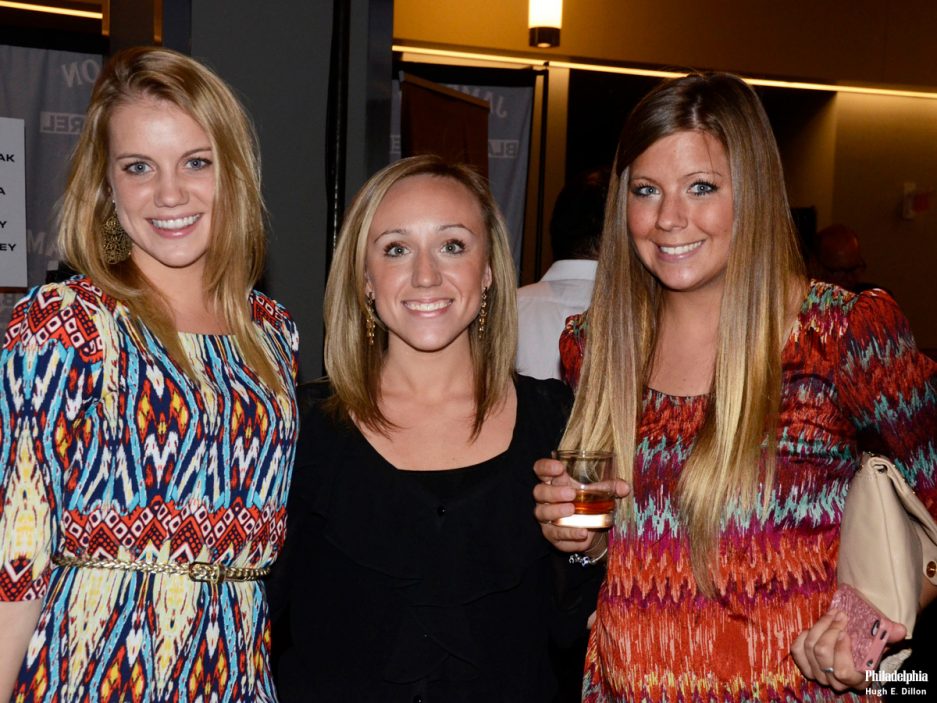 Catherine Clawson, Danielle Ercole and Katie Bower are looking forward to Halloween. Katie is excited to dress as Miley Cyrus at the VMAs, while Catherine and Danielle don't want to spoil the surprise. 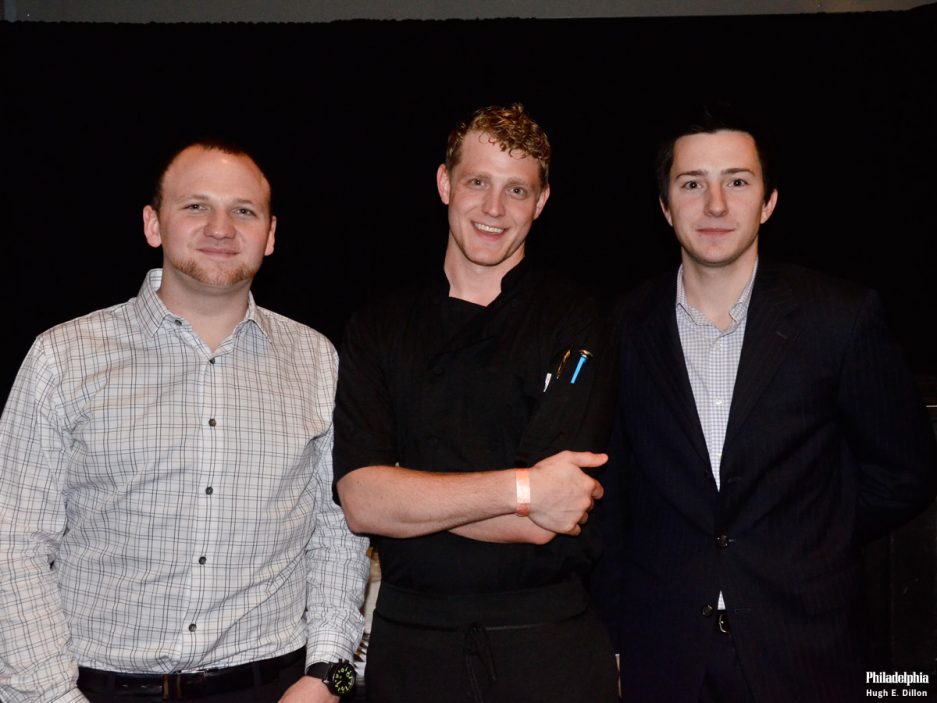 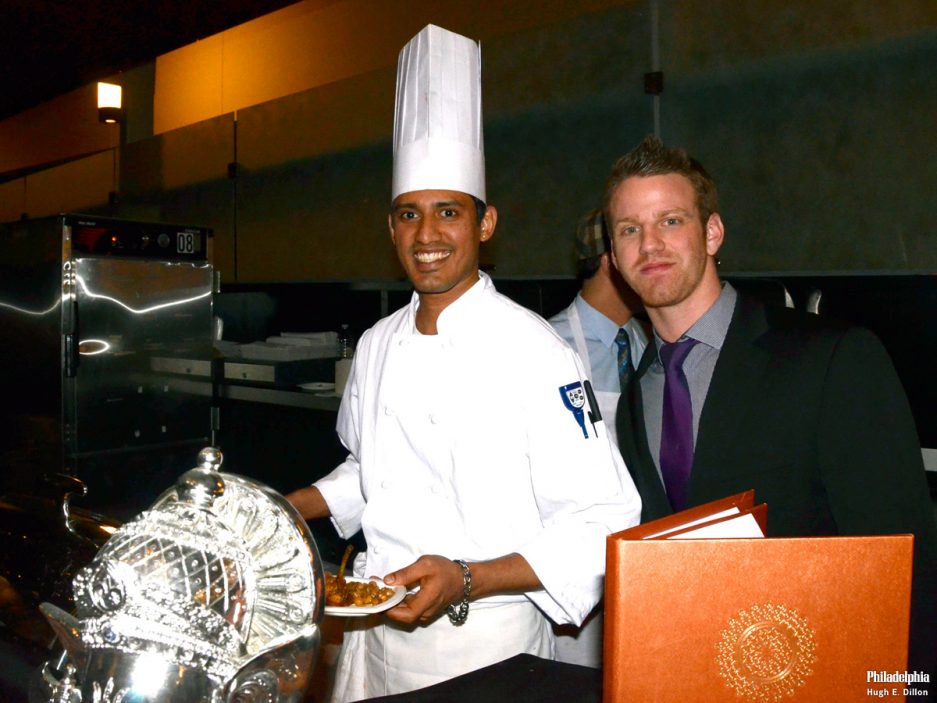 Chef Rakesh Maik and Tobias Moser of Indeblue (205 South 13th Street) cooked up Dramp of Haven and Samosa Chicken, which was delicious and spicy hot. 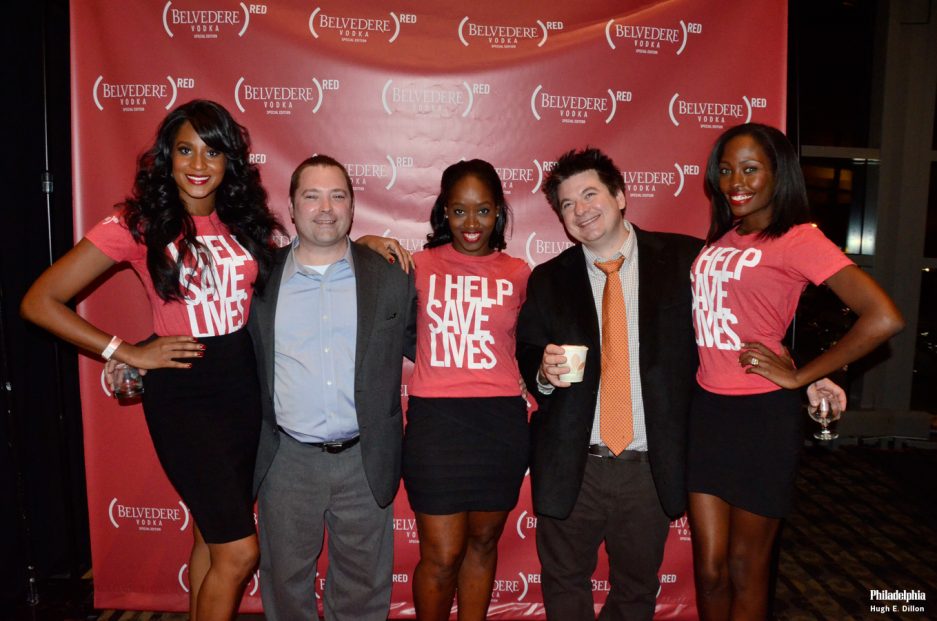 From left: Aya Fraser, Lewis Sandell, Leslie Trammell, Matthew Bilik and Raquel Diamond hang out at the Belvedere Vodka RED lounge. (RED) was founded in 2006 by Bono and Bobby Shriver to engage businesses and consumers in the fight against AIDS. To date, (RED) has generated over $190 million for the Global Fund to Fight AIDS, Tuberculosis and Malaria, supporting HIV/AIDS grants in Ghana, Lesotho, Rwanda, South Africa, Swaziland and Zambia. 100 percent of that money goes to work on the ground–no overhead is taken. 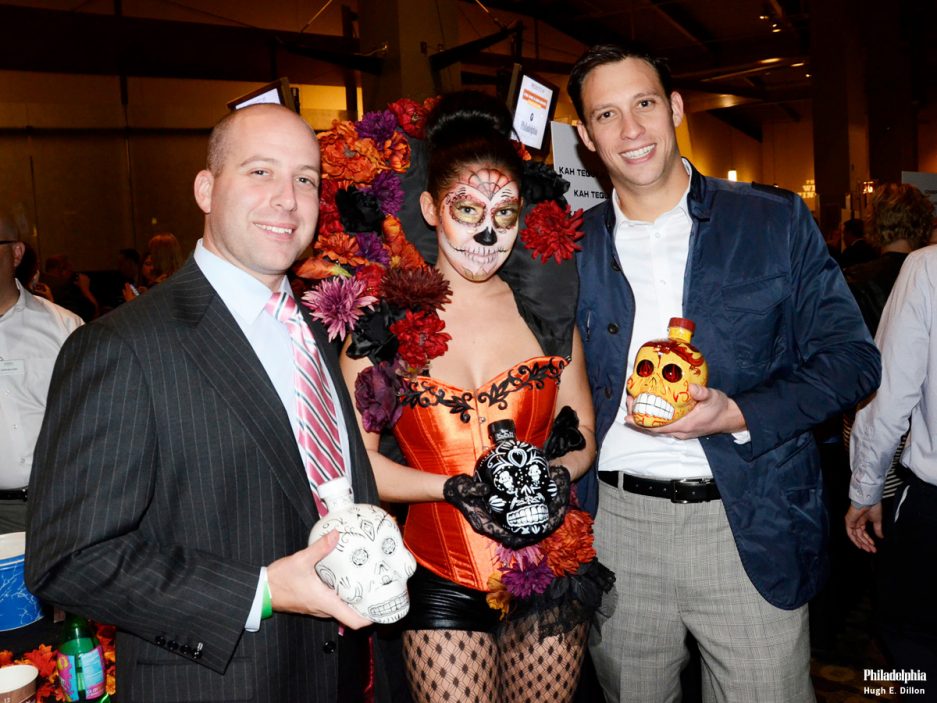 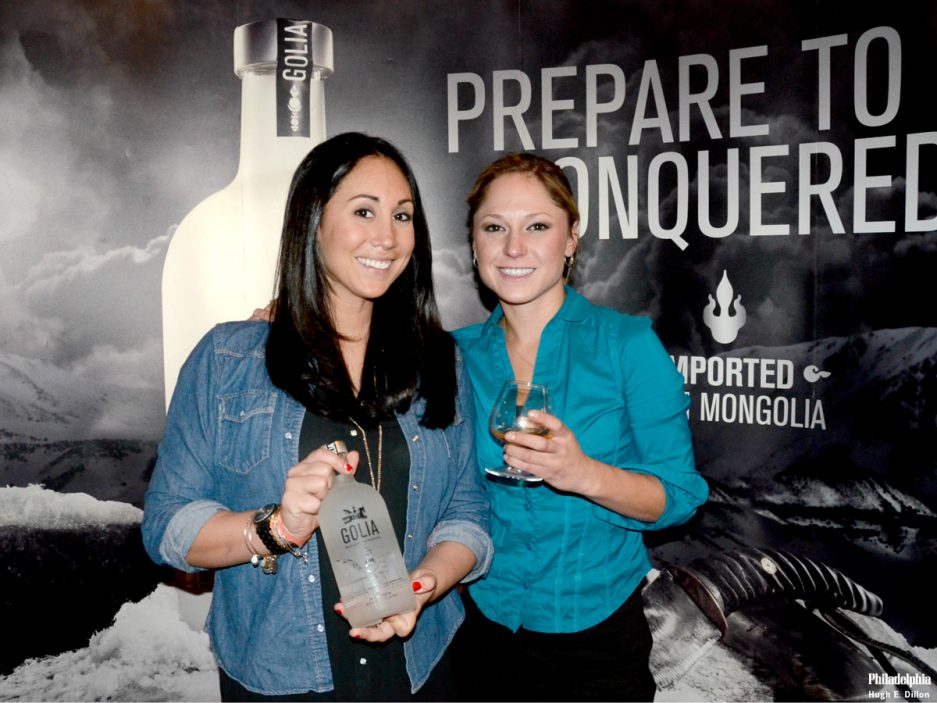 From left: Colette Dusko and Megan Lakernick with Golia Vodka, which is very apropos as the official vodka drink of the Flyers. 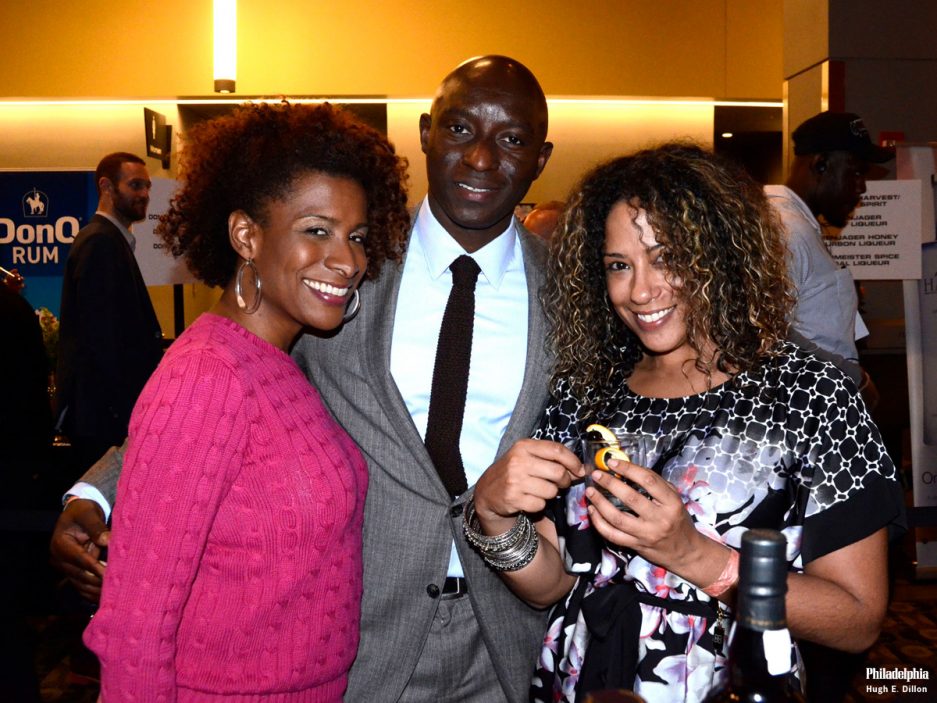 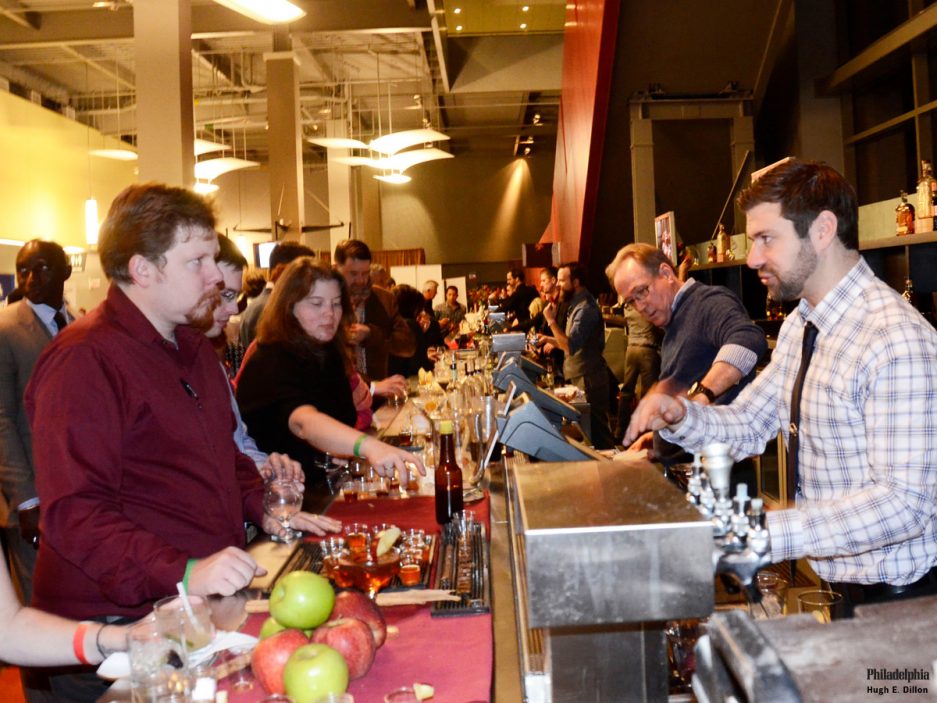 Back at the Woodford Reserve Manhattan Competition, the public tries out each of the bartenders' concoctions. Jacob "Sideways" Snyder (left) tries Dan Hamm's (right) "Autumn in NY," which featured maraschino liqueur and apple bitters. John Campbell and Brooke Freezman sample Robert Caskey's (second from left) "The Stamford Bridge" made with sweet sherry to intensify the taste of the whiskey. 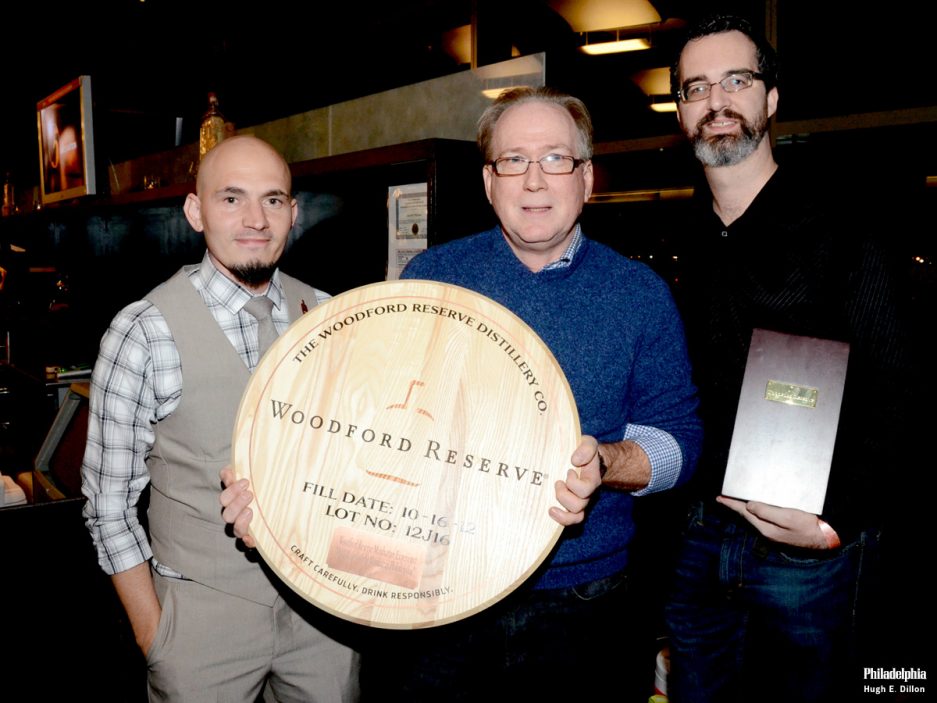 After a spirited competition, the judges' winner of the Fourth Annual Woodford Reserve best cocktail contest was Robert Caskey of Barclay Prime (center). "The third time was the charm," Caskey told me, after coming in second place a couple times. The people's choice award went to George Reilly (right) of the Twisted Tail, who used Double Oak Woodford Reserve which is aged twice in two different barrels, giving it a vanilla character with hints of honey and creamy notes. Caskey now heads to the Woodford Reserve home mixologist contest in NYC in January 2014. At left is Chris Chamberlain of Capital Wine & Spirits.