The Care She Deserved 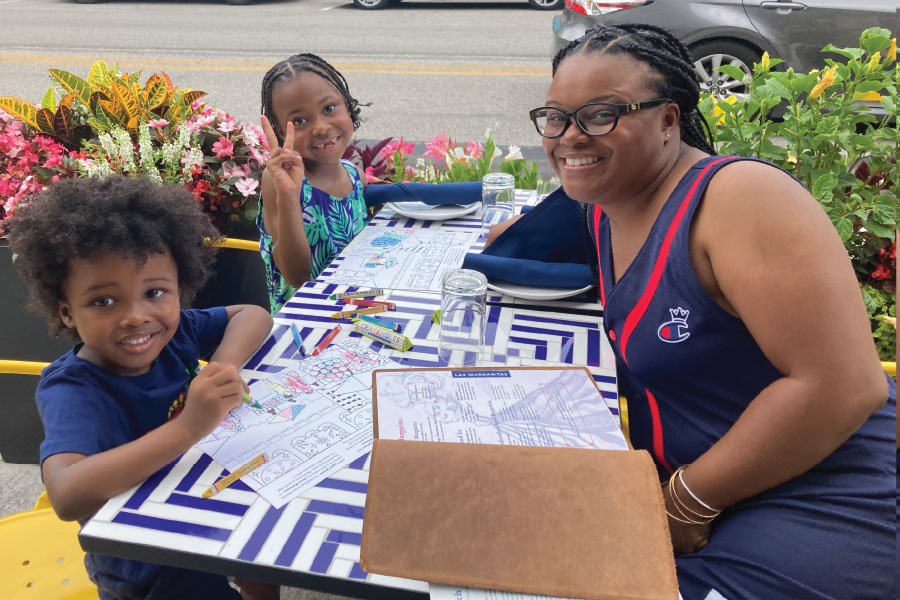 In America, Black women are 27 percent more likely to experience severe pregnancy complications than white women. Instead of a storybook tale of childbirth, for these women, pregnancy can be an uncertain and painful experience.

Brittney Nix-Crawford is one of those women. In 2012, at 26 years old, she lost her first pregnancy at nine weeks due to miscarriage. What followed was a five-year journey, three more lost pregnancies and a consistent pattern of treatment by her doctors that demonstrated to Nix-Crawford that bias in the health care system is, at least in part, responsible for the struggles Black women experience during pregnancy.

When she had trouble with her second pregnancy at 20 weeks, she recalls that her doctor said her child would suffer from severe health conditions and was unlikely to live past birth. Nix-Crawford was unsure what to do and felt she lacked guidance.

“There’s no reason why a mother should have to go to Google,” she says. “[Doctors need to] see the human in every single patient.” After deciding to end the pregnancy, she went through an intensely painful dilation and curettage (D and C) procedure. She later learned the procedure should be done in hospital with an option for pain management. Why hadn’t Nix-Crawford received that level of care?

“There’s this belief that Black women have a high tolerance for pain,” Nix-Crawford says. “We aren’t treated with the same care because of stereotypes.”

During her third pregnancy a year later, Nix-Crawford tried to point out that she should be considered high-risk because of her past, but her doctor dismissed her concerns, and she ultimately underwent another D and C. Even when, after another miscarriage, she saw one of the best specialists on the East Coast, her struggles were not met with empathy. When she walked into the specialist’s office after waiting months, he told her he had looked at her case and couldn’t solve it. The appointment took less than 15 minutes.

Finally, Nix-Crawford went to a perinatal specialist team, who made a sincere effort to find a solution. They told her to take hormone medication during her first trimester, and months later, she gave birth to Madison, now 7 years old, and years later, Carter, now 4.

Combatting implicit bias can be that transformative. It’s why March of Dimes has launched implicit bias training for health care institutions to account for the fact that Black women have consistently worse pregnancy outcomes than white women. Nix-Crawford, for her part, became an educational doula and advocate for other Black mothers. “I felt the desire to put my pain into purpose,” she says. But she understands that the root problem within health care has to be addressed as well.

“We have to start paying attention and holding people accountable,” she says. “It’s the key to making change.”