This Deadly Blood Clot Is Vastly Underdiagnosed. A Groundbreaking Team of Philly Physicians Want to Change That 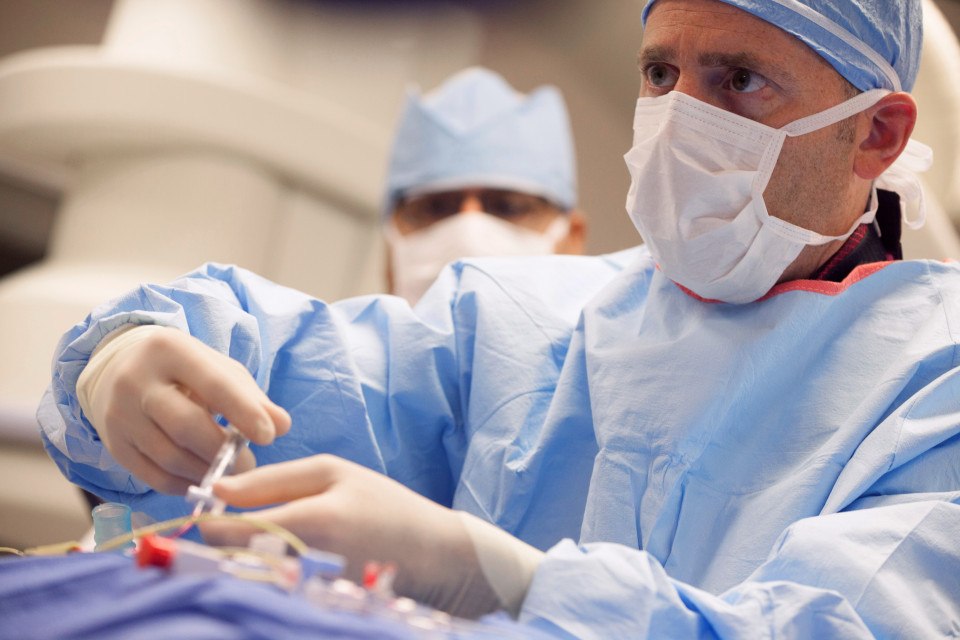 Imagine it’s so difficult to breathe that just walking across a room is difficult—and no one can tell you why. Your condition gets worse and worse, you find yourself faced with life-threatening respiratory conditions, you go from doctor to doctor, and yet no one is able to tell you exactly what’s going wrong with you.

Finally, after searching out increasingly specialized physicians, you meet with a doctor who treats a respiratory illness you’ve never heard of. They tell you they can not only save your life—they know how to make breathing as effortless as it ever was.

For a small community of physicians and researchers at the cutting edge of cardiovascular medicine, this strange narrative, one of bleak confusion suddenly giving way to relief, is not a hypothetical, but a story they’ve heard countless times. Hundreds of thousands of Americans develop blood clots in their lungs each year, and for a significant portion of them, their condition can lead to severe symptoms and eventual premature death, without ever receiving a clear diagnosis of what is going wrong.

“CTEPH is a condition where patients will often navigate their way through the healthcare system for several years without a diagnosis,” says Dr. Anjali Vaidya, co-director of the Pulmonary Hypertension, Right Heart Failure, and CTEPH program at Temple Health.

Vaidya and Co-Director Dr. Paul Forfia are part of a small group of physicians in the U.S. trying to nurture a growing awareness of the disease represented by those five letters, CTEPH: chronic thromboembolic pulmonary hypertension, an insidious condition where gradual accumulation of clotting leads to massive clots in the lungs.

“Before 2013, if a patient had CTEPH, there was essentially only one medical center in the U.S. where patients could go for expert care, which was 3,000 miles from Philadelphia,” Forfia says. This led Forfia to develop the CTEPH Program at Temple, so that patients would have greater access to top-notch care for this condition. Temple’s CTEPH Program is the largest of its kind on the East Coast dedicated to the diagnosis and treatment of CTEPH, and after Forfia and Vaidya then further expanded the program, it’s now the second largest of its kind in the U.S., shining a spotlight that could bring more awareness and education to the medical community, and ultimately help save lives.

A Hard to Detect Problem

Their mission isn’t just about numbers: The impact on a single person can be critical. All his life, Kirk Luchtenberg, 65, had shortness of breath, but it was never severe enough for him to consider it a problem, or even realize something was wrong. In 2020, his condition suddenly worsened. He struggled with pneumonia and infections, ending up in the hospital four times in one year. His doctors diagnosed him with COPD, then emphysema.

“Everything’s going wrong, and nothing is working,” Luchtenberg says of his thinking at the time. “It was all band-aid solutions.”

As his health continued to deteriorate, Luchtenberg began to prepare for the end of his life, making financial plans for how to support his wife after he was gone.

Finally, in late 2021, his doctor recognized symptoms that suggested CTEPH. They contacted the Temple Pulmonary Hypertension, Right Heart Failure, and CTEPH program, and Dr. Forfia diagnosed Luchtenberg through a virtual appointment. He needed surgery immediately if he was going to survive.

“Otherwise, he gave me until the end of the year,” Luchtenberg says.

This experience is all too common among those suffering from CTEPH. There are a massive number of patients out there, even less fortunate than Luchtenberg, who remain undiagnosed.

“We’re still missing thousands upon thousands of CTEPH cases each year,” Forfia says. “Those patients often go on for years with changing their blood thinners around and not getting any better. They’re still short of breath walking across the room.”

The disease has gone overlooked in part because both the diagnosis and treatment are incredibly difficult (we’re talking about removing a clot the size of the largest ventricles in your body after all), and there are few doctors with the experience to tackle it. For decades in the U.S., that meant patients like Luchtenberg had little hope. But a marked shift has occurred, and it’s made Philadelphia one of the epicenters of the disease’s treatment.

An Institute for Progress

Vaidya and Forfia agree that things are starting to change—and they want to accelerate that process. Recent advances in treatment have made consistent, successful treatment for CTEPH possible. It just requires physicians who can take the burgeoning field of knowledge and technology and apply them day in and day out, creating a place where the necessary skills can be acquired, shared and applied comprehensively.

“It’s been well documented that a higher volume center, and a center with more experience, has better outcomes,” Vaidya says. Temple’s Pulmonary Hypertension, Right Heart Failure and CTEPH program is a place where patients can receive diagnosis, all available treatment options and post-operative care. The program boasts a 2 percent mortality rate for the often curative surgery, called PTE (pulmonary thromboendarterectomy), to treat CTEPH, far above national and international standards.

That gets to perhaps the most important point. The disease creates long-term quality of life issues and is highly likely to be fatal—but if properly handled, it’s completely curable in the vast majority of cases.

He was quickly brought in for surgery, but Luchtenberg doesn’t describe his reaction as fear. He’d suffered for years, preparing for the end of his life, and suddenly he’d been told that death would not only be prevented, but his daily function would improve from years of degradation.

“It was like the feeling you get the night before vacation,” Luchtenberg says. “An anticipation where you can’t wait to get going. I was confident that I was going to have a new life.”

Just a few days after surgery, Luchtenberg knows he’s right. He compares the feeling to having had, all his life, one window down in the car, and the airflow struggling to get out. Now, he has all four down.

“They tell me I have the lungs of a fourteen year old,” he says. “I was born again.”

As the program at Temple continues to grow and shape understanding of the condition, accepting patients from all over the world, both Luchtenberg and his physicians hope that stories like Luchtenberg’s will become, instead of sounding miraculous, the standard story of CTEPH treatment.

“First and foremost,” Vaidya says, “We wish to work towards that ultimate goal for patients all over the world to have access to the care that they need.” 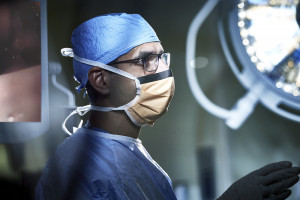 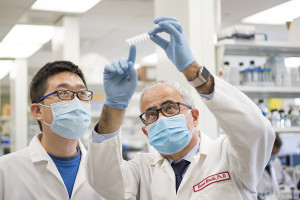 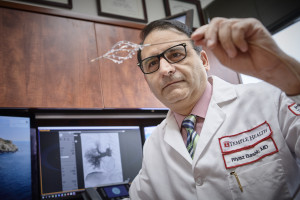 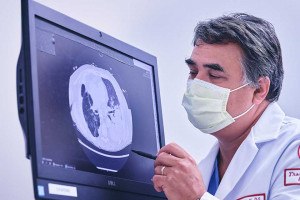