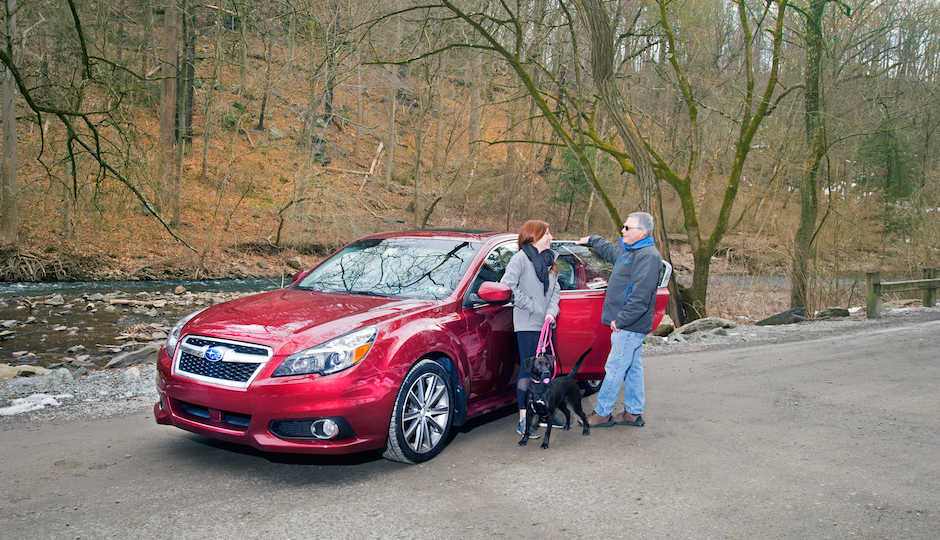 No car can ever really come close to the love and admiration you had for your first set of wheels. Because, although it might just be a car, that simple act of turning the key to your very own vehicle takes you from waiting for adventure to making it happen.

For Megan Walcoff, a registered nurse at Hahnemann University Hospital, Subarus have been a staple of adventure throughout her entire life. Back in 2006, her dad (who is now on his seventh Subaru) turned the keys over to her for her first Subaru Legacy, a hand-me-down car that took her on adventures up and down the coast.

“One of my memorable weekend road trips was up to the Finger Lakes [in New York],” says Walcoff. “It was awesome to drive down long, windy roads next to the lakes, to drive to many of the waterfalls and natural gorges, and stop at some antique shops along the way.”

When Walcoff isn’t on the road for adventure, she’s devoted to her patients in the progressive care unit at Hahnemann. Progressive care nurses are highly-skilled healthcare professionals who typically work with patients going to and from the intensive care to surgeons. You’d never know it because of their positive attitude and attention to detail, but 12-hour shifts are the norm for those working in the PCU.

Still, it makes sense that when Walcoff leaves the hospital, she rolls her windows down, turns the radio up, and takes a moment to appreciate the fresh air in her red Subaru Legacy. Named Ginger because of its rich crimson color, Walcoff’s Subaru takes her from hectic days at work to tranquil escapes. Her love for her Subaru comes from the places it takes her–hiking in the park, cruising down to Ocean City, or taking in views of the Finger Lakes–and all the people who ride shotgun along the way (namely her rescue dog Sophie and her boyfriend).

“We pack up the car with our standup paddle board, the dog has the back seat and we’re on our way for a great weekend,” says Walcoff. “Whether it’s sunny, rainy, snowy, it doesn’t matter because anything we want to do the weather doesn’t limit us.”

SPONSOR CONTENT Subaru Stories: From the Overnight ER Shift to Bike Rides Down the Shore